It is easy to overlook smaller creatures while on a safari as we are normally on the lookout for the famous Big Five game animals, but this isn’t Africa’s only famous collection of animals to be seen. Allow us to introduce to you Africa’s less glamorous animals, the warthog, hyena, marabou stork, vulture, and the wildebeest, also, unfortunately, known as The Ugly Five. Although these animals aren’t eye-catching, they all have something unique and fascinating to offer.

These animals are normally found in groups and they spend most of their time in search of food. Warthogs are members of the pig family and are widely distributed across Africa. These animals sleep underground in burrows which they steal from other animals such as the aardvark. When running through grass their tails stand up straight, and when in danger these animals choose to run, rather than fight. 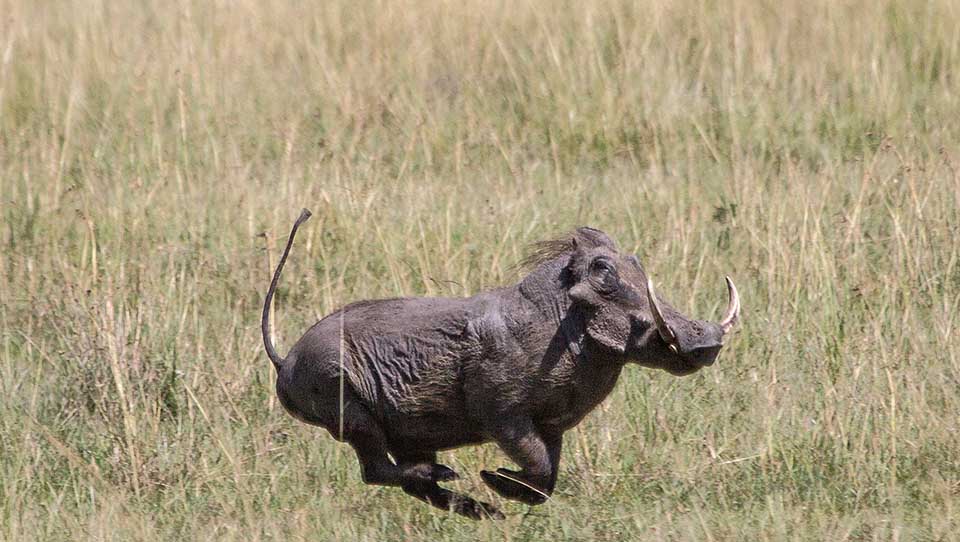 No and no, hyenas have a family of their own, known as Hyaenidae; a family of carnivorous mammals. This family has four different members which include thestripedhyena, the spottedhyena, the brownhyena, and the aardwolf – it’s ahyena, not a wolf. Unique to these animals are their bone-crushing teeth which allow them to crush the entire skeleton of prey as big as wildebeest. Hyenas don’t have a specific breeding season. Spotted hyena cubs are born with their eyes open and black fur that grows out lighter and with spots. 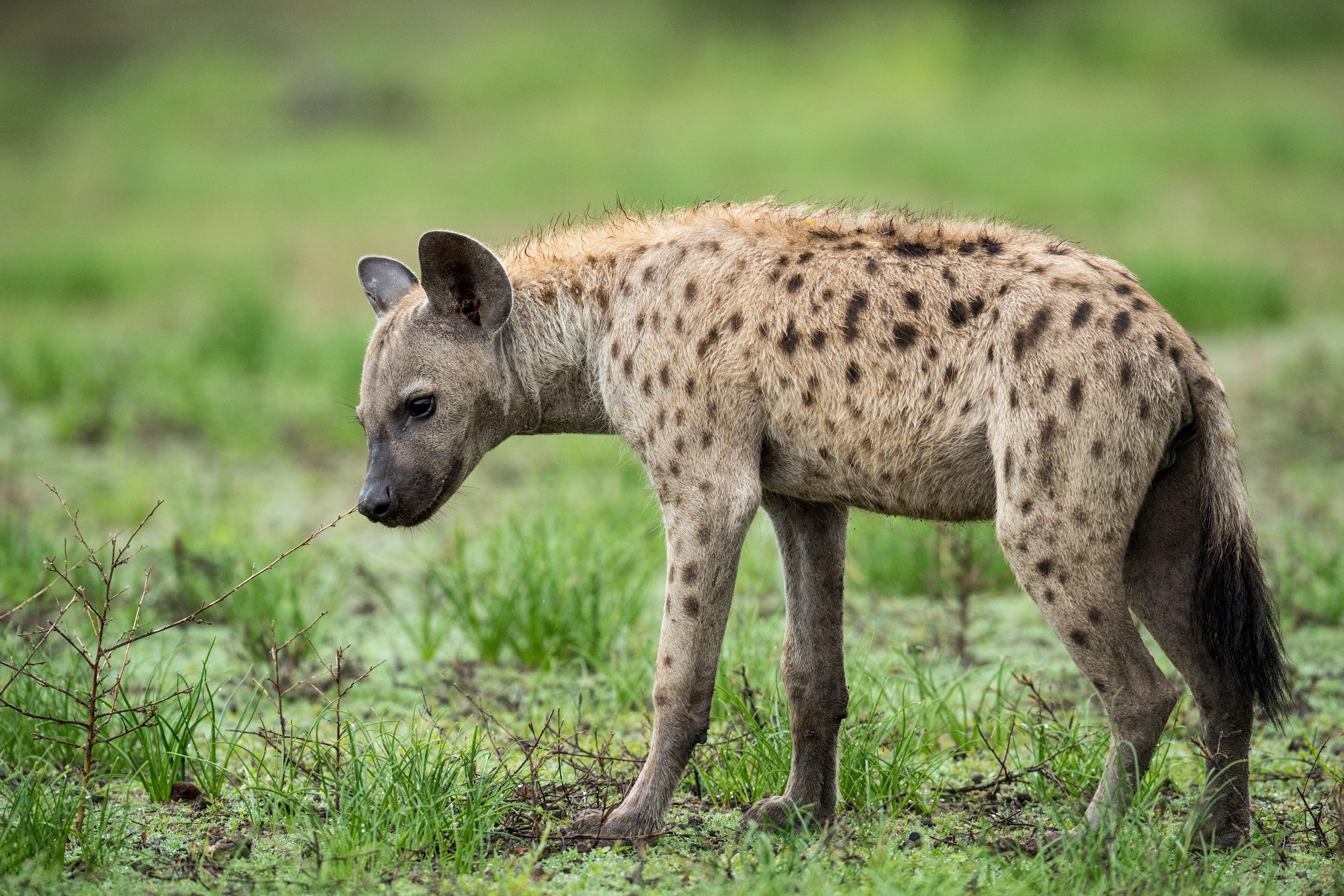 What relationship could there be between a marabou stork and a bee? The stork uses its saw-like bill to cut up the animal it eats. Because of this, the animal carcass can be used by some bees for egg-laying and food. The marabou stork has been nicknamed “the undertaker bird” because of its appearance. When spotted from behind, the bird’s back and wings appear cloak-like. Its legs are skinny, hollow and white. In addition to its hollow legs, marabou storks also have hollow toe bones. 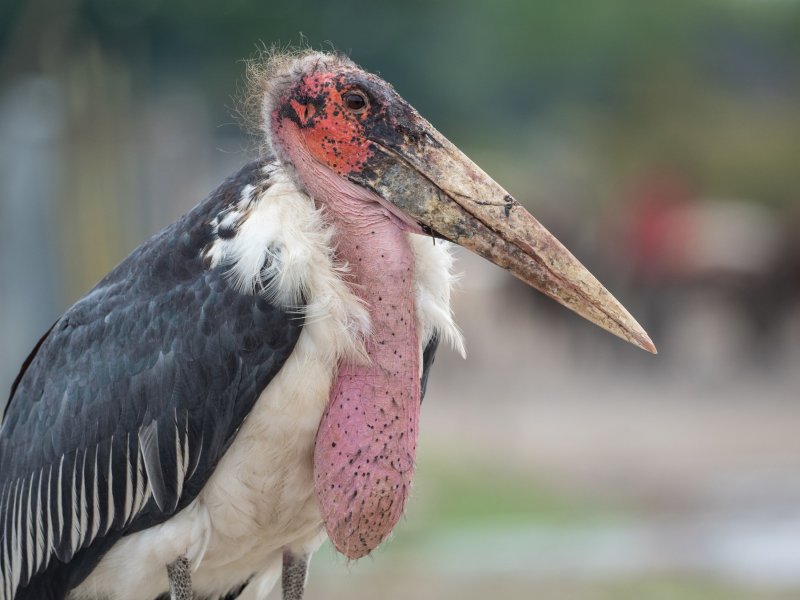 With its wingspan being close to approximately 3m and a total weight of 10kg, it is not hard to believe that this bird is also a member of the Big Six Birds but due to poisoning, for poaching purposes and their body parts being sold in the traditional African market, there has been a population decrease resulting in this species being classified as “vulnerable”.

Like their close relatives, the Eagles, vultures are great “spotters”. They can see their prey from great distances, but unlike the Eagle, the prey is no longer alive and is probably rotten and very stinky! These animals have hairless heads and necks to prevent bacteria and parasites from burrowing in their feathers & causing infections due to feeding on rotting carcasses. 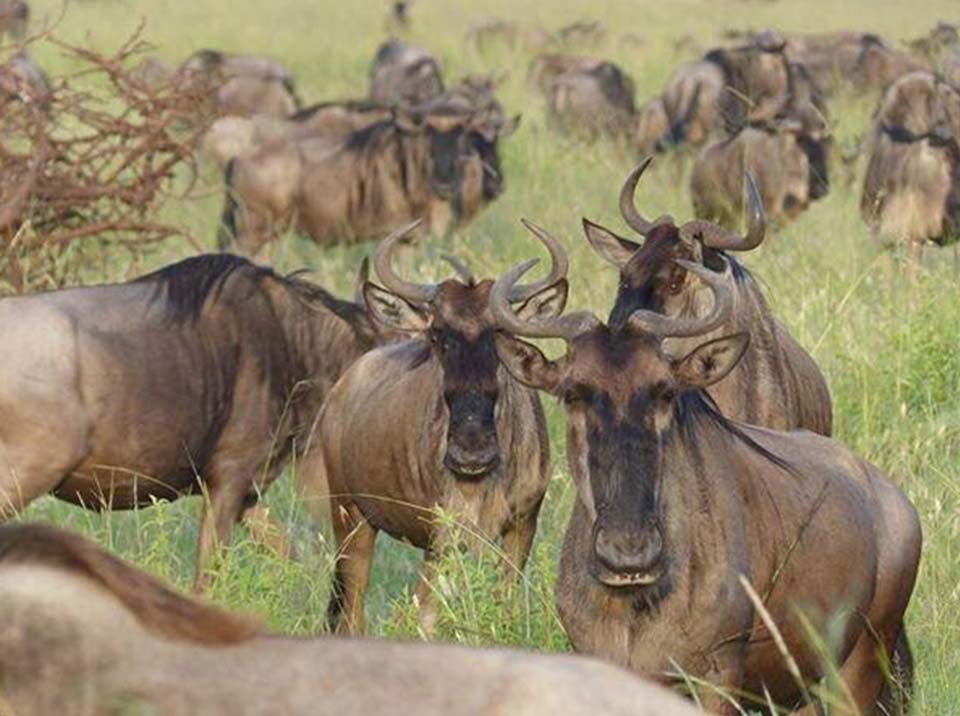 Known for their disproportional bodies, wildebeest are one of the largest antelope. The name wildebeest is derived from the Dutch word, which means wild beast or wild cattle and belongs to the African region. The physical appearance of the wildebeest resembles the combination of three different animals. It has the head of an ox, the mane of a horse, and horns from a buffalo.

So, remember next time you are on a safari with us, be sure to keep an eye out for these animals!