The Centre for Biodiversity and Environment Research falls under part of the University College of London’sDepartment of Genetics, Evolution and Environment. In 2018, the Centre undertook a huge biome project, setting up many camera traps within the Greater Mara Area in Kenya in order to gain a better understanding of the wildlife in these areas and how they were living and behaving.

After being delayed in Nairobi for a short while waiting for their equipment to arrive, the team were able to successfully deploy 180 cameras in four different areas in the Maasai Mara during the months of October and November 2018. The cameras were set up in a number of regions, the map below highlights exactly where these cameras were placed. 50 in Naboisho, 34 in Olare-Motorogi, 46 in Mara North and 50 in the Mara Triangle. In total, the teams spent 11 days in Naboisho, 6 days in Olare-Motorogi, 10 days in the Mara Triangle and 11 days in Mara North. Logistical issues meant the team couldn’t include the east section of the National Reserve in this report but are hoping to expand to include it in their 2019 field season with another 50 additional cameras as well. 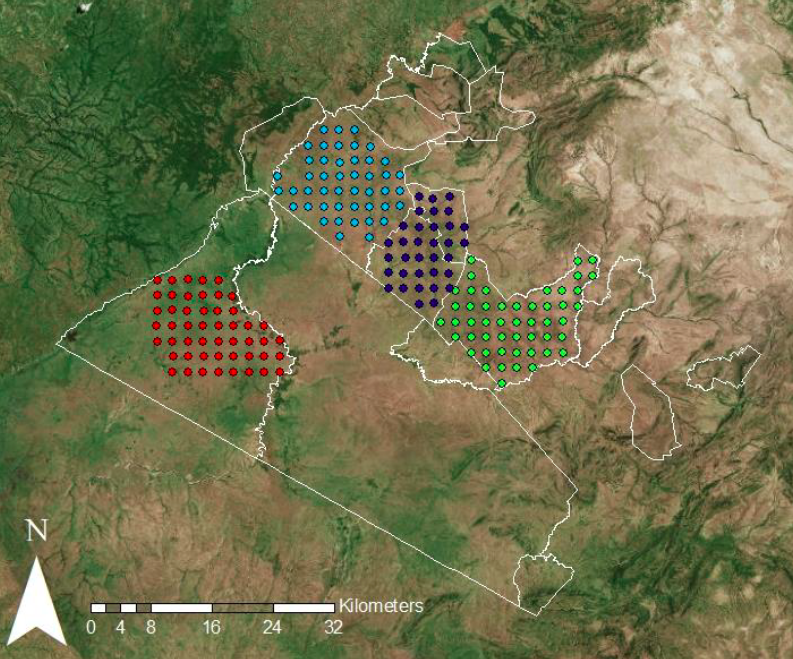 Map of the locations of our camera traps in the four study areas. Provided by UCL.

It is estimated that the cameras captured over two million images, the teams are currently still busy processing and sorting through them all! They have partneredwith a team of computer scientists at the university to try to automate a lot of the image processing by pulling out the “empty” images and highlighting ones which have something in the frame so that the team can identify the species present in each image.

The rarer species that have been seen in the analysis that has been completed so far have revelead some interesting finds! 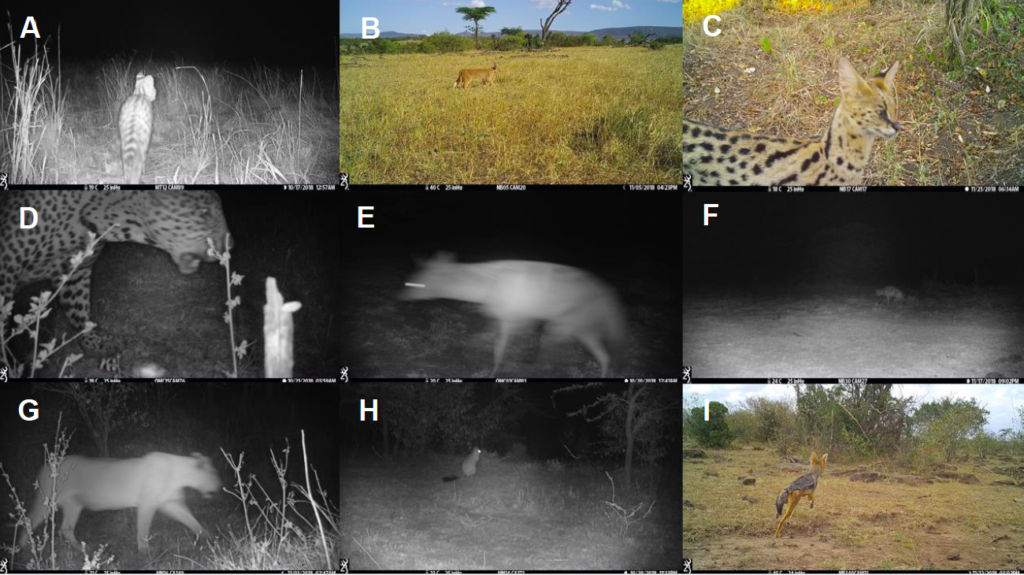 Examples of some of the images we have captured including some of the cryptic species that are less frequently seen. a) serval b) caracal c) serval d) leopard e) aardwolf f) aardwolf g) lion h) spring hare i) black-backed jackal. Provided by UCL.

Once the image processing is complete, the team will begin analysing the data and mapping out the exact habitat use and where these key species are mainly located within the study areas. There have been talks of an online platform being set up whereby everyday people would help to identify the species. These images would not include the location ID’s for security reasons, of course.

Looking Ahead To 2019’s Field Season

Currently, the team plans on flying back to Nairobi later next month in June and will spend a few weeks preparing before heading back to the Mara to start fieldwork in July. As well as expanding to the east section of the National Reserve, they are wanting to increase the studies scope by incorporating more acoustic equipment which would enable them to also gather information on bat, bird and insect populations.

We should be receiving further updates shortly from the team and promise to keep you up-to-date with the latest information.

If you would like to join us on safari and come and experience the magic and wonder of the Greater Mara Region, get in touch with your usual travel agent or make an enquiry with us below.

Join Us On Safari In The Greater Mara