It’s usually while you’re watching an epic wildlife documentary that the idea of going on safari is born and you begin plans to make this dream come to life. Whether it be a look into the endless battle for survival in The Great Migration,a captivating story from the vantage point of a predator, or a critical analysis of the state of the planet and it’s precious creatures – there is a wildlife documentary out there that is sure to teach, inspire and fascinate all.

We’ve put together a list of our top 9 wildlife documentaries – each tellsa powerful story and beautifully captures the essence of the wild in their own way. Thought-provoking, inspiring, and entertaining, these nature documentaries take into account the impact we as humans currently have on nature’s delicate ecosystems. Take the time to watch the following series and share them with your friends and family to ignite thepassion for change.

“Share the wonder of the one place we call home.”

The makers of “Planet Earth” have partnered with Emmy and BAFTA winner, Sir David Attenborough and Netflix to bring us the brand new documentary, “Our Planet”. Attenborough’s iconic narrative style showcases the planet’s natural beauty and tells the tale of habitats all around the world, from remote Arctic landscapes to the vast and seemingly neverending grass plains of Africa.

There is an undertone to Our Planet’s message though, it closely examines how humans are having a negative impact on our fragile ecosystems and their wildlife and asks it’s viewers to take a critical look at the individual impact they have and what can be done to protect these areas. The series’ first episode aired on the 5th of April 2019 and featured a moment close to our hearts – a wild dog hunt, shot in the Serengeti National Park, it was one of the first times they have been filmed since 1991 when the endangered species disappearedfrom the protected area, a testament to the conservation efforts we continue to endorse and support.

Keep an eye out for the remaining 7 episodes of Our Planet – we cannot wait!

“10 years ago Planet Earth changed our view of the world. Now we take you closer than ever before. This is life in all its wonder.” 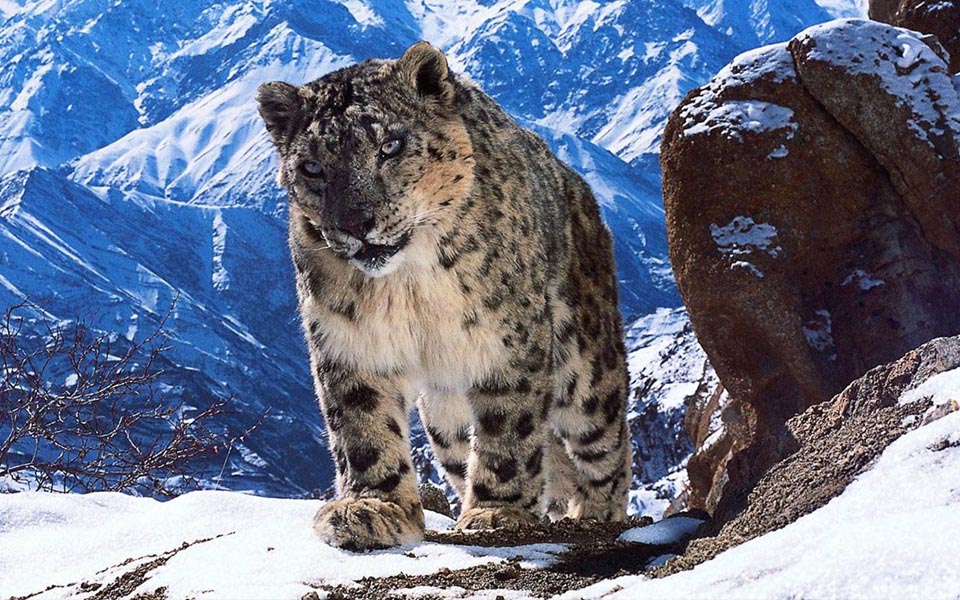 The sequel to the Emmy-winning Planet Earth series, Planet Earth II transports its viewers to some of the world’s most iconic habitats. Narrated by Sir David Attenborough, take a journey through the eyes of the animals and venture through jungles, cities, mountains and more overcoming any challenges they may face along the waywhile fighting for survival.

The second installment of the Blue Planet series takes a fascinating look into the underwater world and lesser-known parts of our planet, the deep blue ocean. This series took almost 5 years to create and used revolutionary technology in order to transport its viewers to depths deeper than what was possible before – some of the most spectacular natural events were able to be captured on film and highlighted surprising intelligence and complexities in creatures of the deep. 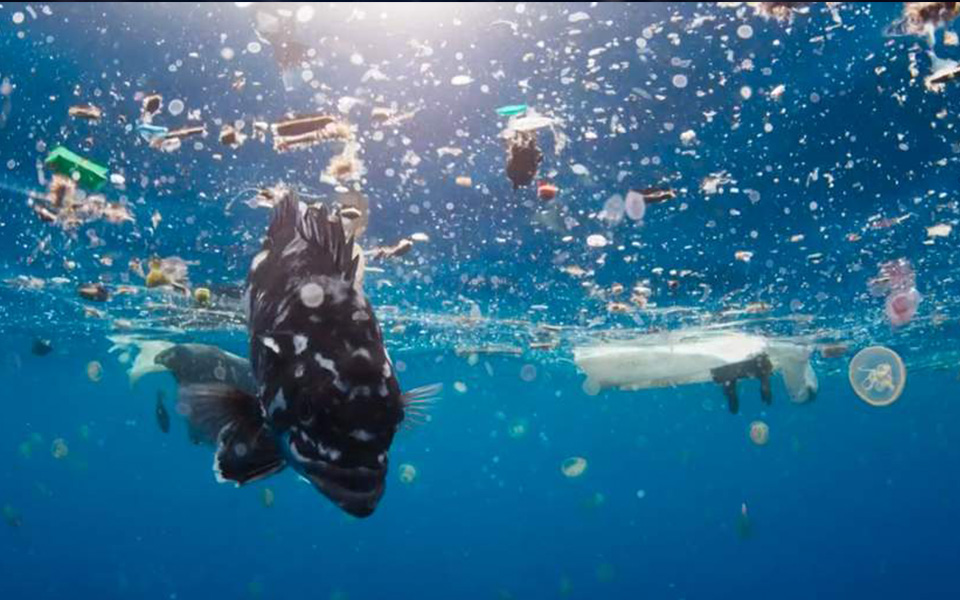 “The hunt for the hunter begins.”

Another Netflix original series, The Ivory Game highlights the poaching of African elephants in relation to the ivory trade in Hong Kong and China and what exactly the repercussions will be if this trade does not end. 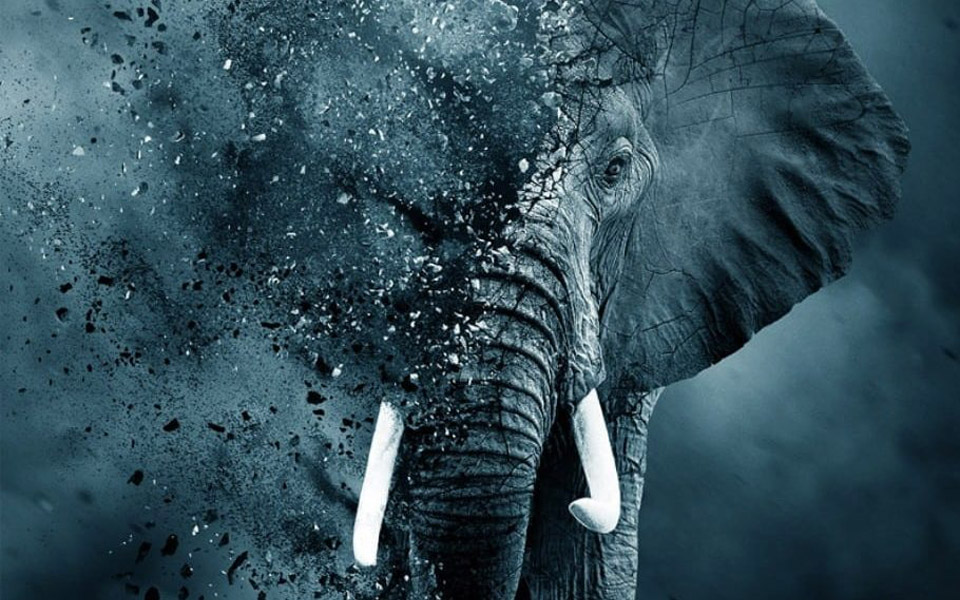 This documentary called for a worldwide ban on the trade of ivory and had messages from prominent wildlife activists such as Leonardo Dicaprio, Prince William, Kenyan President Uhuru Kenyatta, and more to shed light on this cruel and unnecessary practice, hoping to help put an end to it all. 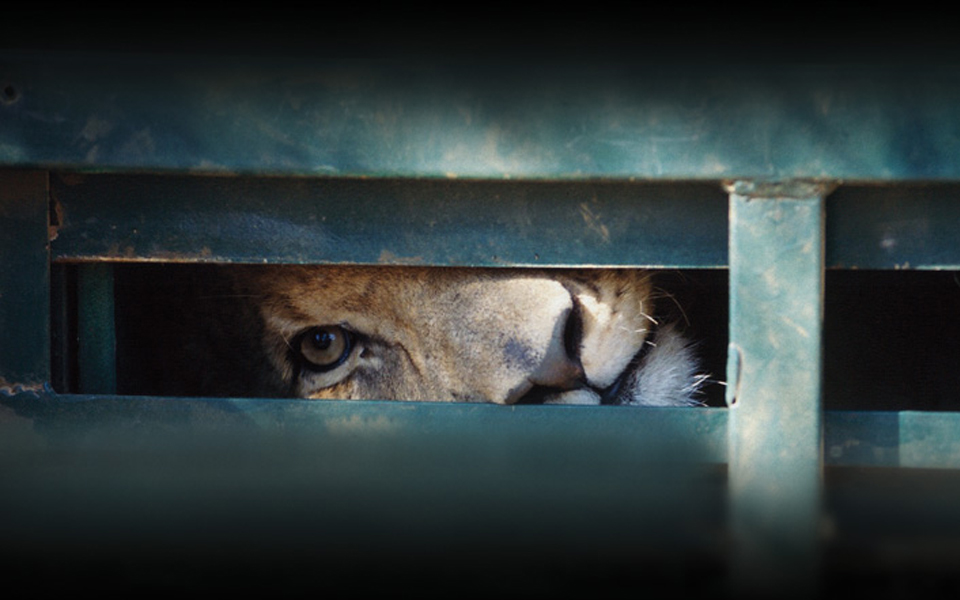 In South Africa, captive bred lions are killed every day in canned hunts and hundreds more are slaughtered in order to feed the demand for lion bone in the illegal wildlife trade. Blood Lions looks at how tourism is being exploited in a negative way and makes a compelling argument to end damaging interactive practices such as lion cub petting, walking with lions and other unethical offerings.

You can read more about Blood Lions here.

“Winning is the only option.”

Racing Extinction is a film which focuses onthe overarching theme of theAnthropocene Extinction – the time when human population sizes first starting having a considerable impact on the Earth’s ecosystems and geology. The spread of humans has resulted in the biggest mass extinctions that have happened in the past 66 million years some of which include our impact on global warming and poaching of our wildlife. 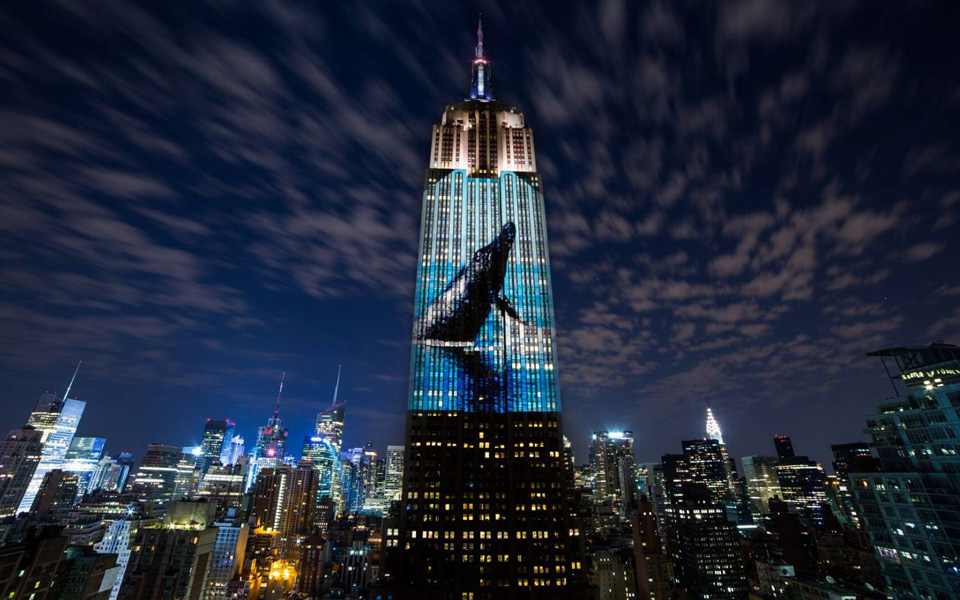 Oscar-winning director Louie Psihoyos, who directed the documentary The Cove, highlights pivotal efforts of some of the world’s greatest scientists, photographers, and volunteers who have pledged to protect the planet’s endangered species.

“The greatest of their kind.” 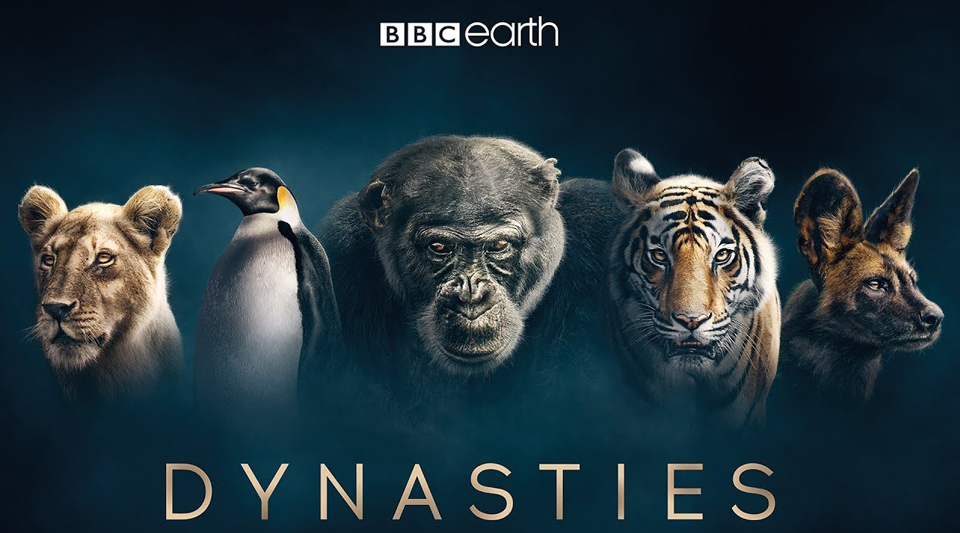 BBC Earth brought us one of the most epic, adventure-packed documentaries of the century when Dynasties was launched. Narrated by the beloved SirDavid Attenborough, Dynasties takes you on a journey through the lives of five of the world’s most celebrated, yet endangered animals – penguins, chimpanzees, lions, African wild dogs, and tigers.

Their heroic fight for survival is shown in this awe-inspiring documentary that takes a grittier look into the world of these animals.

The Serengeti Shall Not Die

Tn Oscar-winning movie was directed by Dr. Grizimek and Alan Root. It is older than the other documentaries featured in this blog, produced in 1959, it is a true classic and is known as the movie that made the Serengeti famous. 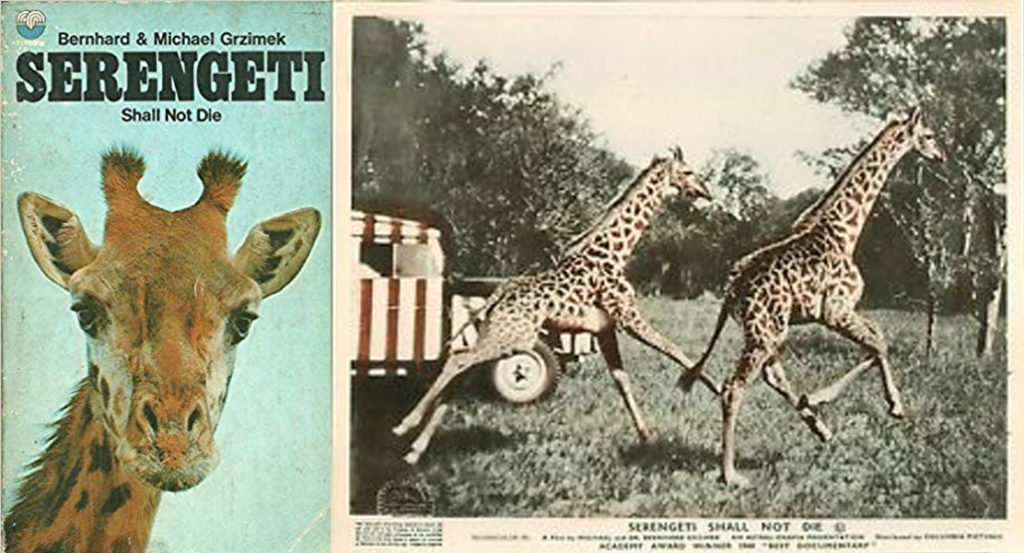 Because of its powerful message and the way in which it showcases the true, unfiltered, beauty of Africa, the impacts from this film have played a large role in the conservation of the Serengeti and protecting the journey taken by the millions of animals that are a part of The Great Migration.

Virunga may not be purely a wildlife documentary, however, it tells an extremely important story. Following the lives of four characters who are fighting to protect the Virunga National Park in the Democratic Republic of Congo, which is home to the world’s last mountain gorillas. Cai Tjeenk Willink, our Group Camp Operations Manager, says this is one of his favorite documentaries.

“I think this is one of the most powerful conservation documentaries out there, but filmed form a peoples perspective, not an animal perspective.”–Cai Tjeenk Willink 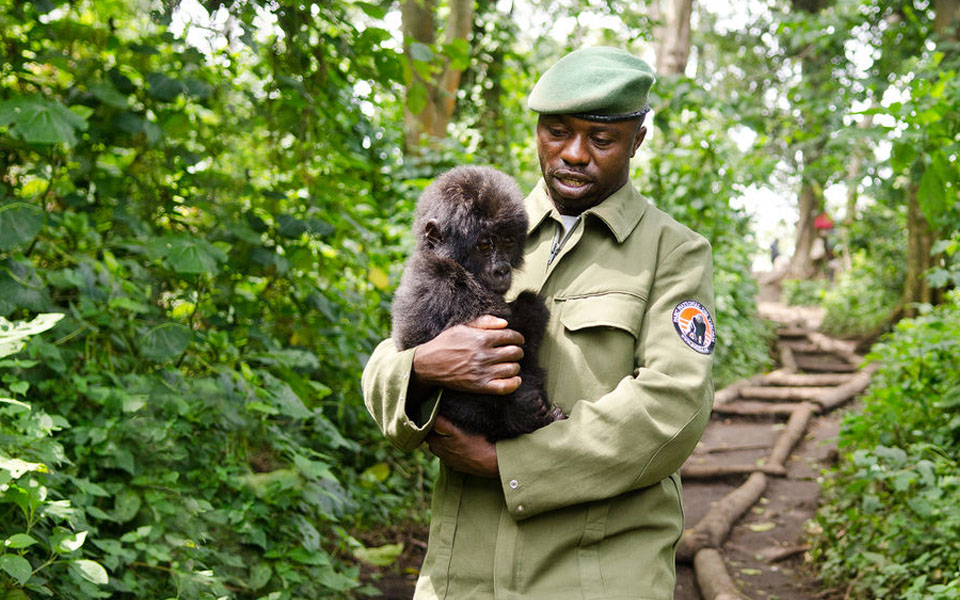 Poaching, war, and oil exploration are all factors that pose a threat to this beautifully unique part of Africa and its incredible creatures.Virunga draws its focus to the natural beauty and biodiversity of the area, as well as the complex political and economic issues surrounding oil exploration and armed conflict in the region.