Kenyan long-distance runner, Eliud Kipchoge, became the first person to run a marathon in under two hours this Saturday. Eliud crossed the finish line with nearly 20 seconds to spare with thousands cheering him on. The Kenyan completed the 26.2-mile (44 kilometres) challenge in 1 hour, 59 minutes and 40 seconds.

The 34-year old smiled brightly and threw his arms around his wife, who was waiting for him at the end. “I’m the happiest man,” he said witha Kenyan flag proudly draped over his shoulders.

Eliud’s achievement can be compared to running 17 seconds for 100m – and then keeping that up for another two hours! In becoming the first person to do this, Kipchoge has achieved a sports milestone that was deemed almost mythical in the running world, and achieving something many would have thought was impossible. 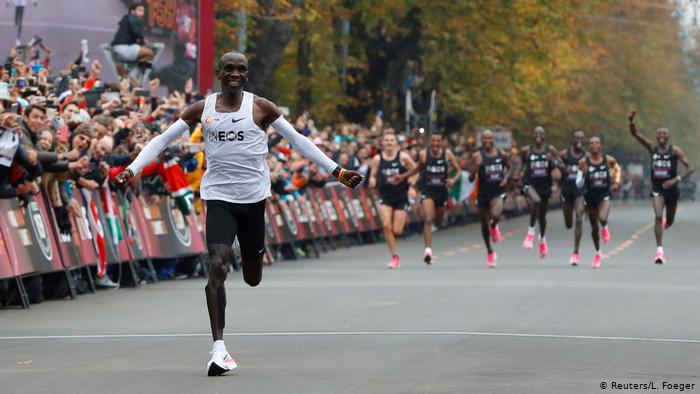 More In the press Articles

The World Tourism Awards acknowledge, reward, and celebrate excellence across...

We are delighted to be acknowledged by Responsible Tourism Tanzania in their...

Each year, Conde Nast Traveller allows their readers to vote for their best d...