Experience A Lion King Safari In Africa With Asilia

If you’d love to head out on safari and explore the plains that Simba, Mufasa, Nala, and all of The Lion King’s characters call home, join us on an epic safari experience. We’re proud to offer truly immersive and engaging safari experiences in the best locations that East Africa has to offer, and are standing by to transport you to a magical land and show you just where to find most of the wonderful and interesting characters of The Lion King. 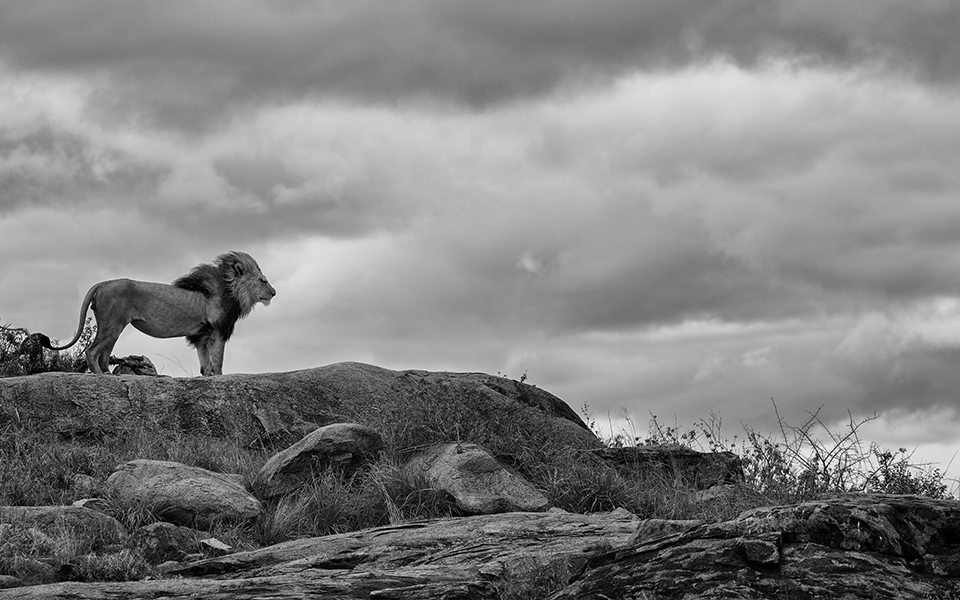 See Simba in the Serengeti

Game viewing, in general, is spectacular throughout the year in the Serengeti – and lion sightings are no exception. While you can see lion at any of our camps, one camp, in particular, is a firm favourite for these large felines.

Namiri Plains is located in a secluded region of the eastern Serengeti, an area that was closed off for 20 years in order to restore cheetah populations. Today, the area is truly big cat territory – lion, cheetah, and even leopard roam these plains freely, and sightings of big cats are frequent with the exciting possibility of seeing super prides, too. One lucky guest had the pleasure of spending time with a pride of forty-three lion, read about this incredible experience here. 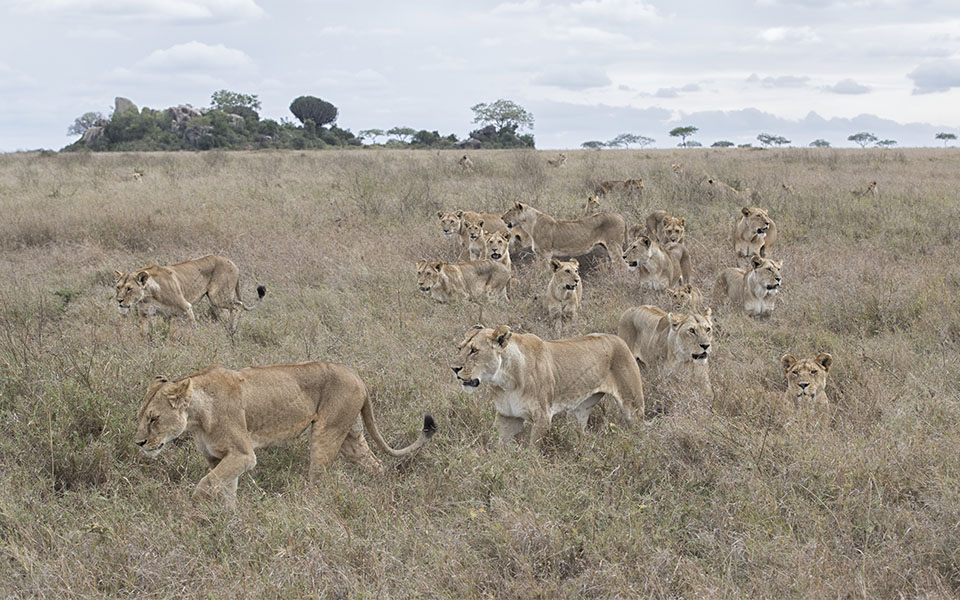 Guests were absolutely amazed at the sight of this super pride in the Serengeti. Photo credits: Monique & Chris Fallows

One of the most-loved characters of The Lion King is Pumbaa, a charismatic warthog and best friend to a feisty meerkat, Timon. Warthogs are a member of the pig family, live in fairly large family groups, and are largely found in central Kenya. When they’re on the move in a group, warthog dart through the bushes at speed with their tails in the airalmost as though they are running a particularly important errand or have a special delivery to make. It is because of this that a group of rushing warthog is often playfully referred to as The Kenya Express. When on safari with us, you’ll see warthog in both Kenya and Tanzania, just head out for a game drive and you’re almost always guaranteed a sighting.

We had a particularly interesting encounter at Rekero a few months back – an incredibly feisty warthog was the target of a leopard and decided to fight back. See more of the encounter here. 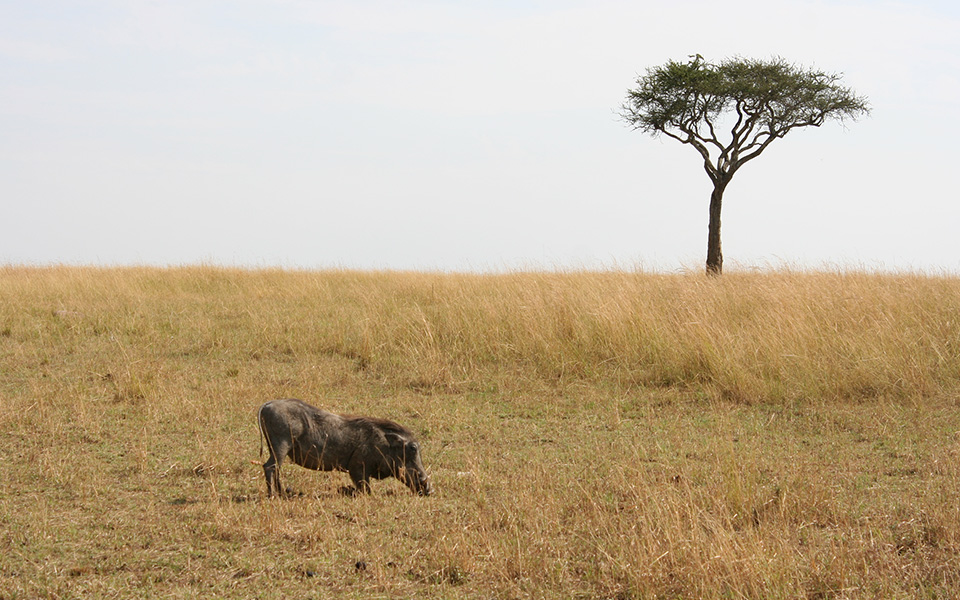 A lone warthog seen in Kenya foraging for food.

While Timon and Pumbaa were the best of friends in the film, it’s highly unlikely that you’ll find these two species spending time together, mainly due to the fact that meerkat actually don’t live in East Africa at all! The meerkat is found in Botswana, South Africa, Angola, and Namibia so if you’d like to see these curious and interesting creatures, you’ll need to visit them in the desert-like areas they call home.

Roam the Congo in search of Rafiki

Many people don’t know that Rafiki is not a baboon but is, in fact, a mandrill. They are the largest of all monkeys, are incredibly beautiful and colourful creatures, and were actually classified as baboons in the past. Unlike Rafiki, mandrills actually live in large groups, and socialization is a huge part of their lifestyle.

The mandrill is found in the tropical rainforests and sometimes the grasslands of southern Cameroon, Gabon, Equatorial Guinea, and the Congo in western-central Africa.

While we won’t be able to show you mandrill in Kenya or Tanzania, we have a group of very special chimpanzee who call Rubondo Island home. Journey with us to Rubondo and spend a few days with us, head out with a ranger, trekking into the forest towards the latest area the chimps had been spotted. Read more about our Chimpanzee Habituation Project here.

Hide Out Near a Hyena Den

When heading out on a game drive in Tanzania or Kenya you are more than likely to spot a hyena or two – if you’re lucky, you’ll come across a den with many hyena and hopefully some cute pups, too. 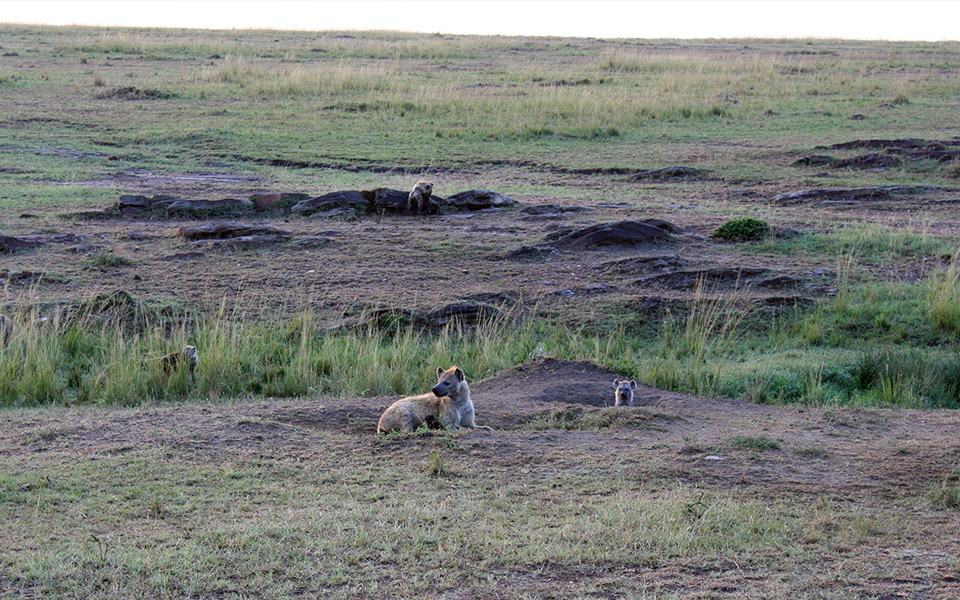 A hyena den with a few young cubs in Kenya’s Mara Naboisho Conservancy.

The Lion King depicted hyena as followers and not that bright, when in reality they are incredibly hardy and quick-thinking. The preconception of them being exclusively scavengers is not always true, hyena have been known to hunt and kill wildebeest and antelope.

Have Breakfast with a Hornbill

It seems as though this might not be too far from the truth when it comes to hornbills in real life as this cheeky male who frequents Oliver’s showed us. After eyeing out some delicious freshly-baked muffins on our breakfast deck, he promptly stole one for his own breakfast and seemed quite pleased with himself.

The red-billed hornbill can be found throughout Tanzania, specifically in central Tanzania, but we have many who spend their time in the trees surrounding Oliver’s Camp and can be seen here throughout the year. 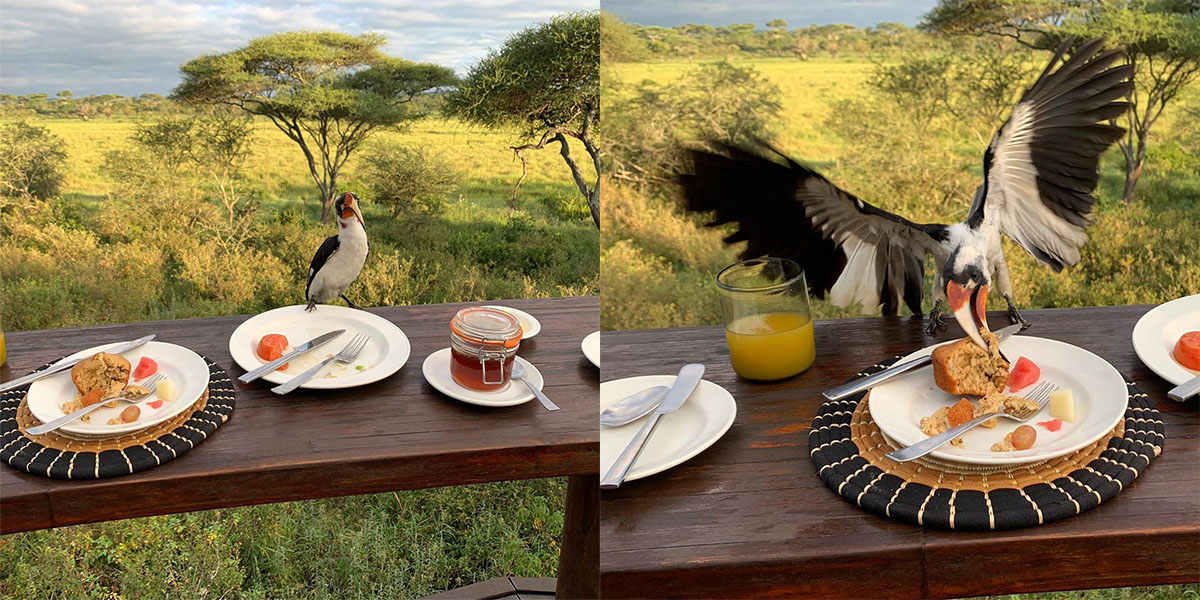 A hungry red-billed hornbill steals a muffin from the breakfast deck at Oliver’s Camp.