They say, “if you love something, let it go.” Well, this doesn’t ring true for the following species you’ll find around our camps. The following animals are known to stay true to one partner for life; and during this time of quarantines and lock-downs – most of us are stuck at home too. We’re spending day in and day out with our significant others, much like these animals do each day.

African Wild Dogs, or Painted Wolves, as many people know them, are undeniably beautiful. With their mottled patches and captivating colouring, it’s easy to see how two of thesedaintydogs could fall in love with one another for life.

Wild Dogs are known to live in packs of 10 – 40 individuals, having one monogamous alpha pair who lead the pack. Due to the increasing pressures these canines face such as habitat loss and poaching, the chance of survival for pups is greatly increased when two doting parents are involved in raising a litter.

A Dik-dik duo is probably the cutest duo you’ll ever lay eyes on. This tiny species of antelope only stand around 12 inches tall, but when it comes to the bond between pairs, it is never in short supply. You’ll rarely find a Dik-dik pair far apart from each other, if one darts past your game drive vehicle, another is sure to follow shortly afterwards!

MentalFloss compiled 9 fun facts about these sweet lovers. Interestingly it has been found that when the offspring from Dik-dik reach adult size at around 7 months, if they are female then their mother will be the one to shoo them out of the home and the dad is to do the same if they have a son.

You have surely heard the soothing call of a turtle dove floating through the air sometime in your life. The sound is so beautiful that it’s no wonder Turtle Doves have only one partner in their lives.

Did you know that the well-known Christmas carol, “The Twelve Days of Christmas,” highlights the love between these birds?

Their name kind of gives the game away, but Lovebirds are well known for being some of the most cuddly and cutest couples around! The bond between two Lovebirds is incredibly strong.

All of the hard work one usually puts in at the beginning of a relationship continues throughout the time two of these feathered lovers spend together, sometimes this can be as long as 15 years. 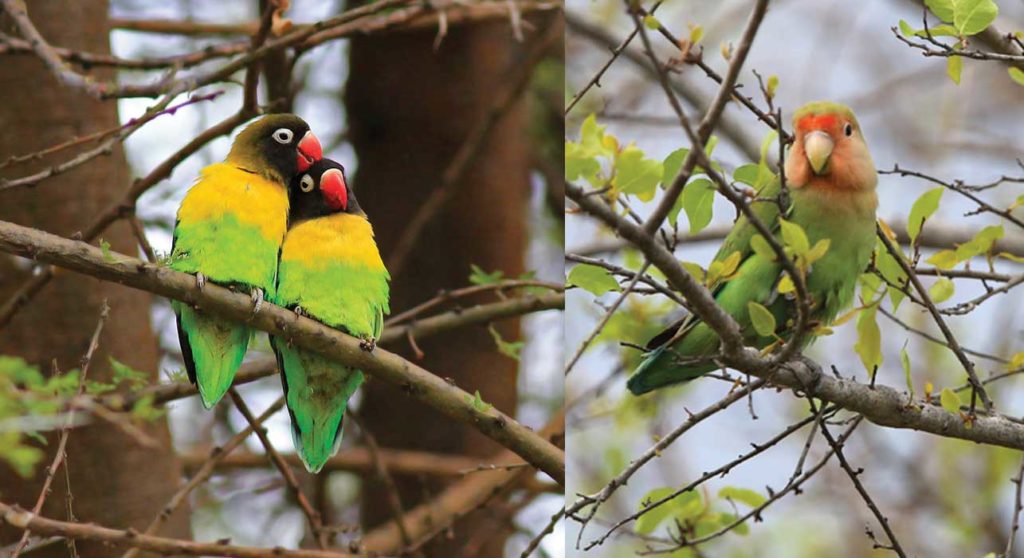 While the male ostrich is not entirely monogamous, the females are. A dominant male will usually be seen with a few females close by at all times. One of these females is known as the major female and the others are called minor females.

The Bird Ecology Study Group highlighted an interesting fact about their mating habits. When these flightless birds mate, the major female lays between 5 – 11 eggs while the minor females lay around 2 – 6 eggs each. The major female’s eggs take preference and are pushed into the centre of the nest while the other eggs surround and protect them. While it may be easy to understand that two mammals can form life-long bonds with one another, insects surely can’t do the same can they? Well, you may be shocked to find out that termites are actually monogamous.

It may be hard to find one another in between the other million termites running around but in their minuscule world, the “Queen” of the mound has only one “King” with whom she mates. These bonds can last up to 20 years and according to Mother Nature Network, if things do go pear-shaped and a break up occurs, the situation can get ugly. Physical violence is not uncommon and antennae are often chewed off during the final goodbye.