This Valentine’s Day, in the spirit of love and romance, we told you about species who are completely committed to their partners and mate for life. You can read all about them here. Today, however, we shift our focus to those feathery few who are more inclined to flit from partner to partner.

While it is commonly believed that many bird species are monogamous, new research is suggesting this may not be the case.The idea we have been fed over the years of a doting mum and dad working faithfully to raise their chicks has been debunked by new studies. It seems there are a lot more shenanigans happening in the world of birds than we’ve ever known.

The Early Birds Gets The Worm

This commonly known phrase now takes on a whole new meaning. For a long time ornithologists, those who scientifically study birds, missed this important bit of information because the mischief was taking place long before even the most committed birder was waking from their slumber.

Ornithologists began waking up at unthinkable hours to study birds and found that many were up well before the crack of dawn, getting down to business, then carrying on with their day as usual.

This led to the realization that male birds are hiding a lot more from their partners than we thought, especially the ones who wake up the earliest! This means that male birds have two distinct reasons for waking up as early as possible. The first is obviously to mate with their unsuspecting partner and in doing so ensuring no other male can do so, the second, more dishonest reason, would be to get a little bit more on the side from another male’s mate while he is still sleeping – a sneaky but ingenious way to ensure his genetics are passed on to as many females as possible.

We’ve chosen some of the most interesting examples of polyamorous birds to share with you, enjoy their naughtiness!

The Vasa Parrot is unashamedly promiscuous. During the breeding season, both sexes mate frequently, for long time periods, and with many different partners. Females are also known to accept food as an exchange from males in return for sex. Male Vasa Parrots have been seen mating with as many females as possible in the hopes of fathering many, many chicks which are then raised entirely by their mothers.

European oyster-catchers are notoriously known for their hot temper and general hostility towards others, so it would be almost unthinkable to see such polyamory within the species… or maybe not. A behavior rarely seen in nature is one that is quite common in this breed of bird. 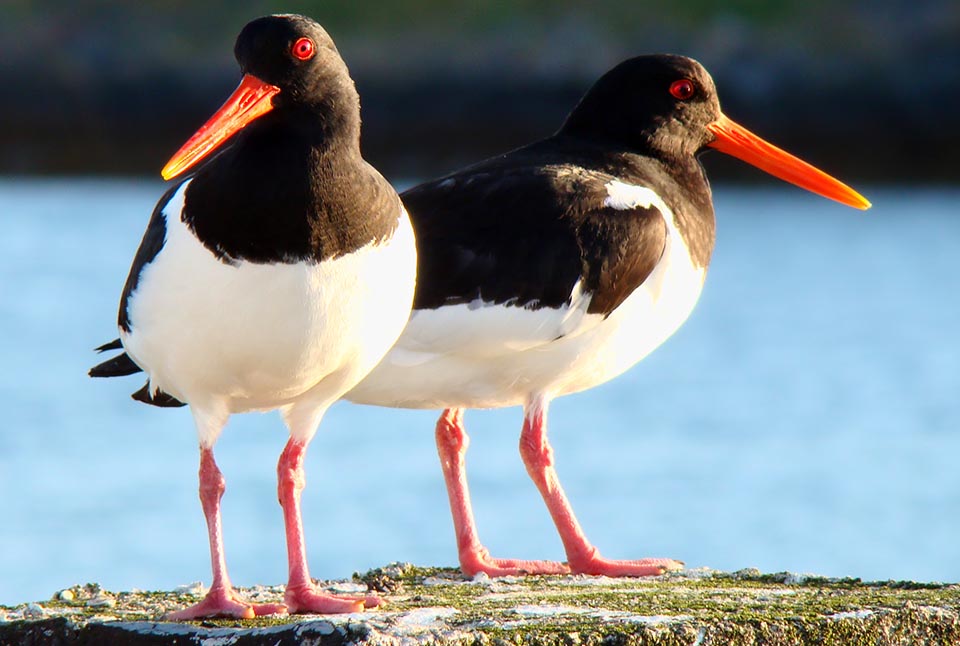 Females can spend weeks viciously fighting with one another over the best place to nest, but once a male decides to settle in, the fighting seems to immediately disappear and in its place, sorority arises. The females will stop fighting and softly preen one another after agreeing to share the territory, and the lucky male as well. The females take turns mating with the male and interestingly “mate” with one another too. This modern family then nests together and, to the horror of any predator, defend their territory with harmonized fury.

The Penduline tit has one of the strangest attitudes to relationships in the bird world.

“Divorce” is common among the species and, boy!, can it get harsh! Males spend a lot of time building the most beautiful and sophisticated hanging nests which swing like pendulums between branches. Before completing his masterpiece, he waits for a potential mate to arrive. The pair then adds the finishing touches to their nest, ensuring the female’s specifications are met. After 2 weeks together creating the perfect home, either the male or female will up and leave – heartlessly abandoning the other to look after the eggs and raise the chicks all on their own.

Both genders have the same capabilities when it comes to rearing chicks so it doesn’t matter which one leaves, the fact remains though that one will always jump ship and move on to greener pastures, usually breeding with four or five other partners during the mating season.

The incredibly constructed nest of the Penduline tit. Photo credits: Birds of Denmark 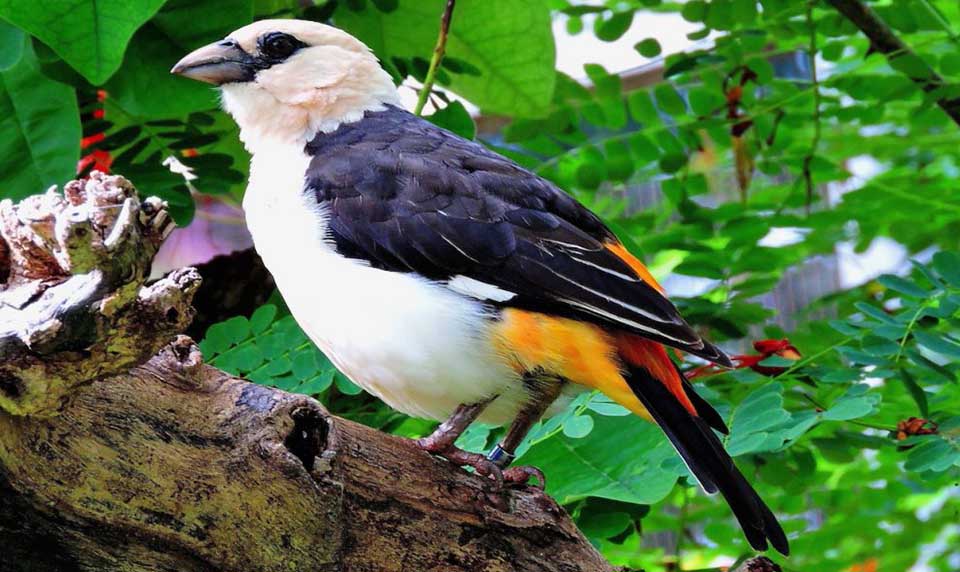 The Buffalo weaver breeds in a colony, nesting within an enormous mass of thorny twigs separated into smaller compartments with multiple chambers. Inside each of these chambers are smaller nests. Male Buffalo weavers are known to control up to 8 nest chambers, each housing 3 females which he will mate with – that’s a lot of work!

The incredibly huge and intricate nest of the Buffalo Weaver. Photo credits: ThingPic

If you’re joining us on safari be sure to keep an eye out for any frisky birds and how they interact with one another – you may be in for quite a show!