World Giraffe Day is a good time to reflect on the status of this archetypal safari species.

On 8 December 2016 the International Union for the Conservation of Nature (IUCN) placed giraffe in the vulnerable category of the Red List of threatened species. Having already gone extinct from Burkina Faso, Eritrea, Guinea, Malawi, Mauritania, Nigeria and Senegal the sounding of the alarm was overdue. 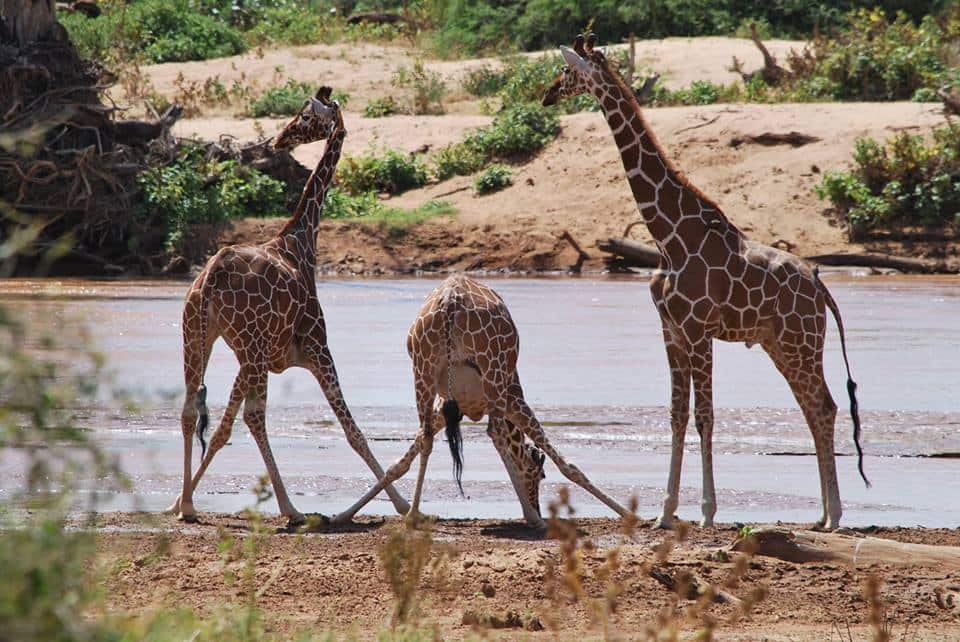 “Giraffe numbers have dropped by almost 40% over the past 30 years. We estimate that there are less than 100,000 giraffe remaining in Africa. To put this in context there are 400,000 to 450,000 African elephant left,” says Stephanie Fennessy, Director of the Giraffe Conservation Foundation (GCF).

While GCF research shows there are four species of giraffe, the IUCN recognizes them as one species. Giraffe (as one species) is listed as vulnerable, while two subspecies – Rothschild’s and West African giraffe – are listed as endangered.

The main threats to giraffe are habitat loss, habitat fragmentation and poaching (in some areas) – all a result of human population growth. As the human population expands so does its need for land, especially for subsistence farming. While some countries in Africa have embraced commercial, higher yield agriculture, many in the giraffe range states have yet to balance food security and space for wildlife in their policies. Bush clearing and the expansion of human settlements deprives giraffe of access to their favorite food, the Acacia. 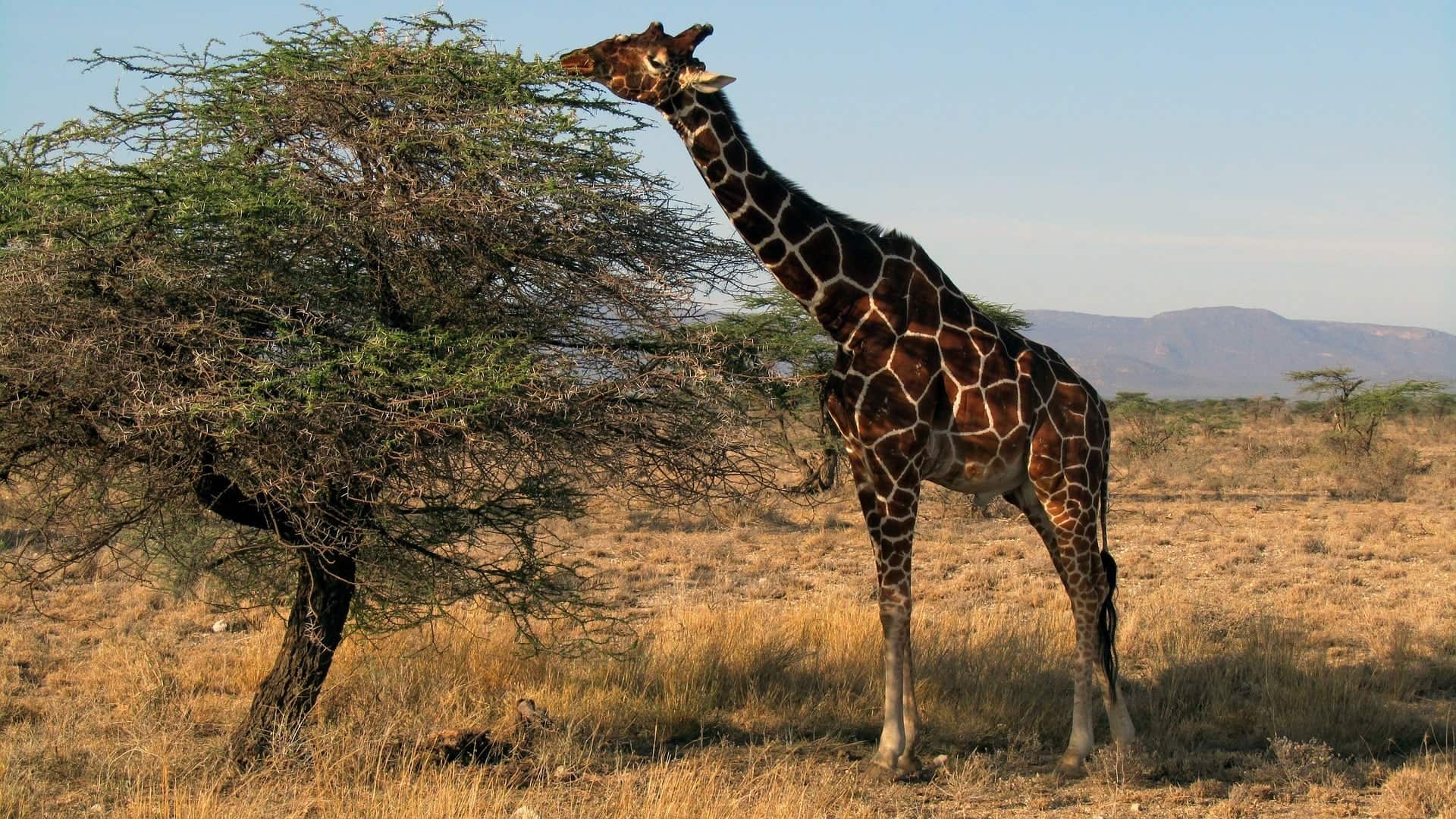 “GCF is the only organisation in the world that focuses solely on the conservation and management of giraffe in the wild. GCF is working with partners in 14 African countries to save the species from extinction,” says Fennessy. “We assist a number of local projects in monitoring movements, estimating populations, formulating conservation strategies and disseminating information.”

An Overview of Giraffe Ranges Across Africa 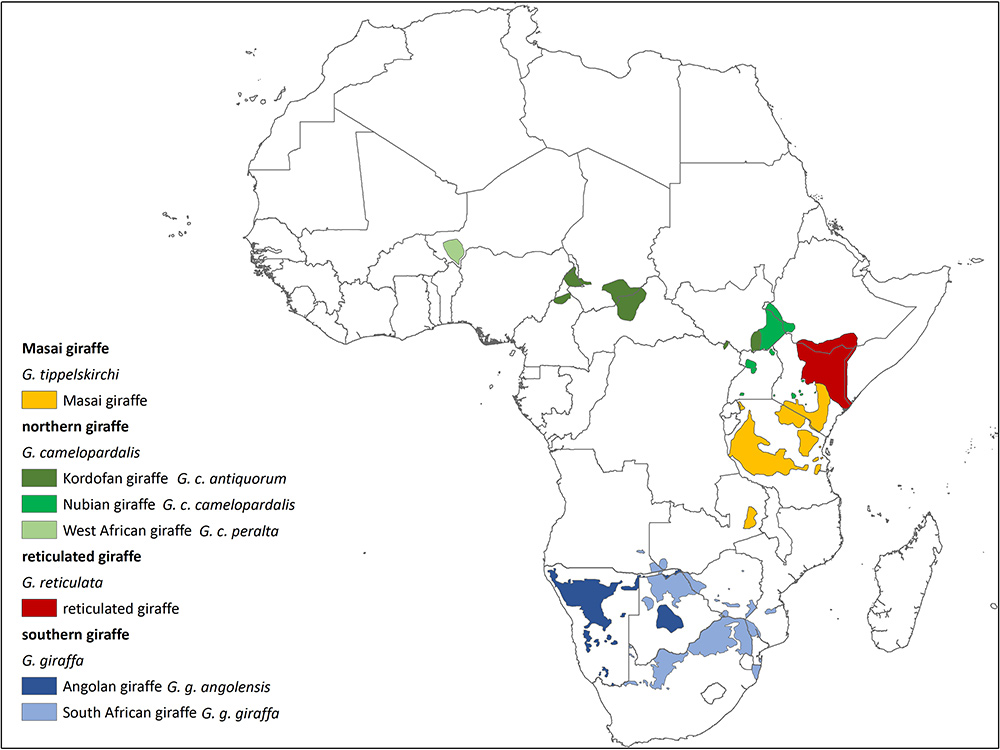 Please see the table below for the results of the 2015 giraffe population estimate.

With safari operations in Kenya and Tanzania, we as Asilia actively educate local communities on the value of living wildlife and through our impact investing model, we provide alternative livelihoods to subsistence farming and poaching for locals. Our Twende Porini program focuses on educating and empowering the youth of these areas to understand the importance and value of conservation and preserving and protecting the wildlife in these areas.

Giraffes are endemic to Africa. If they vanish a safari will never be the same.