March is the last month that the mobile camps operate in the Serengeti. Use them to stay close to the action!

The wildebeestherds are in the south-west part of the Serengeti, mostly in the Ndutu and Kusini Maswa region. Safari guide spotted a newborn in the Ngorongoro Crater! 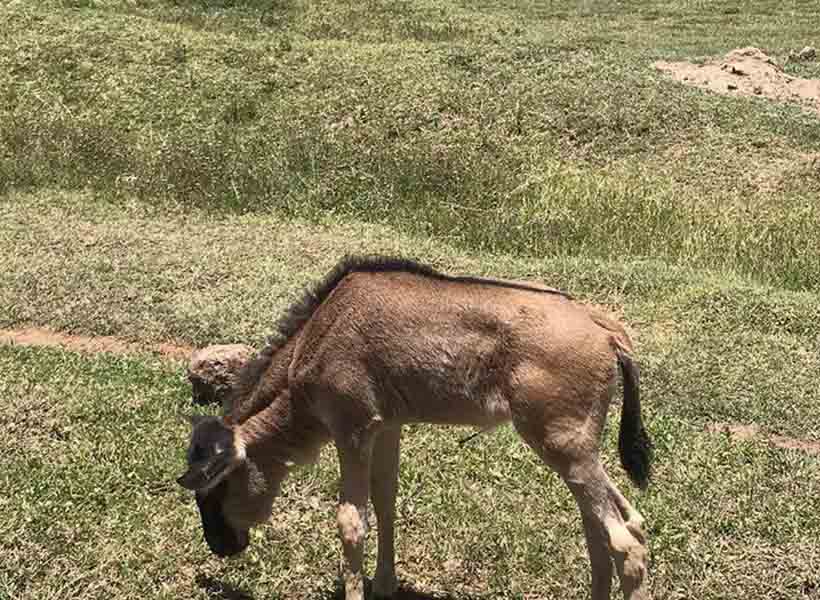 The short grass plains of the Ndutu were a magical spectacle of wildebeest and zebra from a balloon safari this morning. 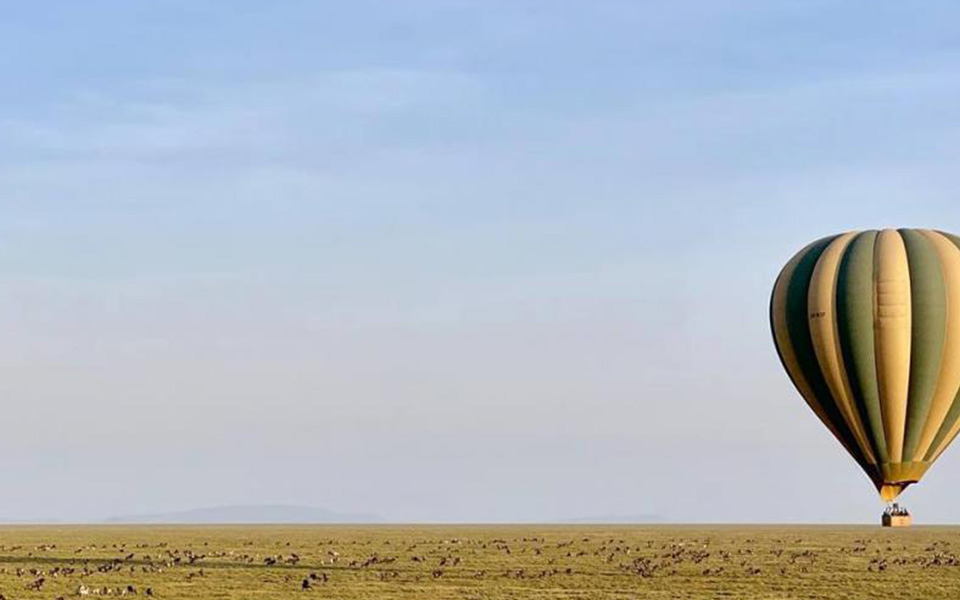 The Ndutu plains have been experiencing good rains for the past two days. However, the great herds with their calves kicked up their heels and followed the smell of the rains in the Golini area all the way to the GolMountains where the grass is highly palatable and rich in essential minerals the lactating mothers and growing calves need. 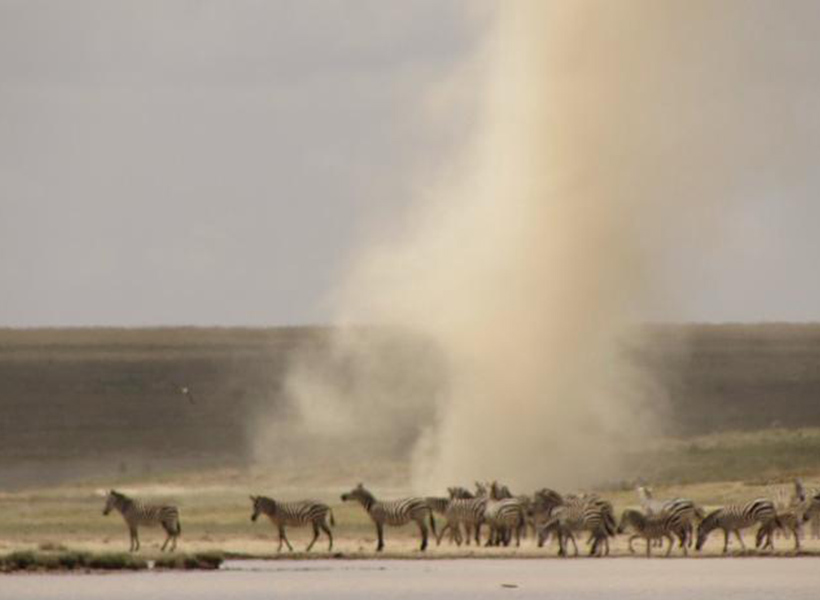 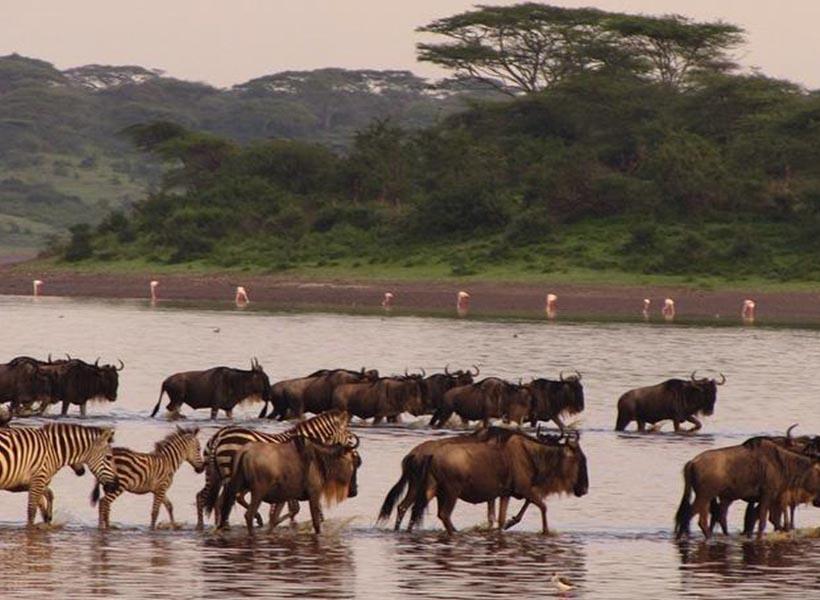 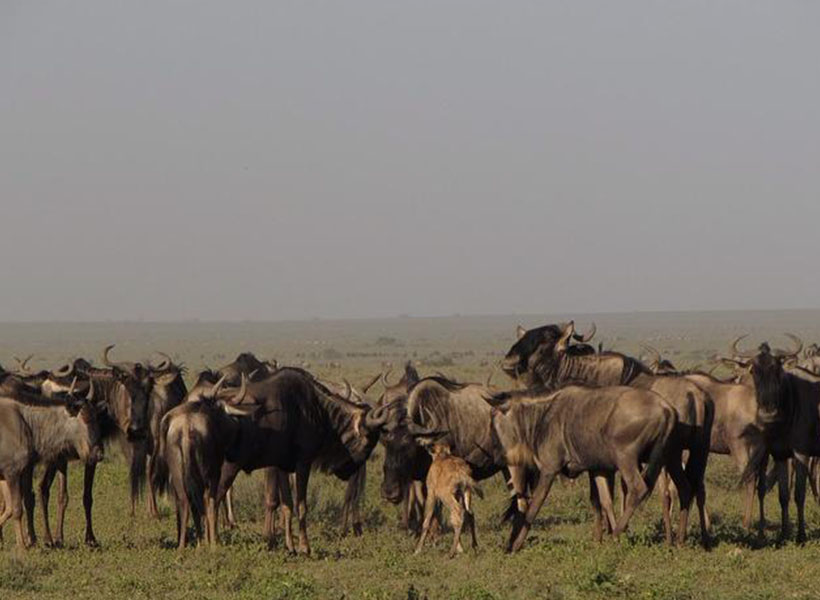 The miracle of life is the main theme for the migration herd on the Ndutu Plains. With the arrival of the rains on fertile volcanic soil, almost half a million wildebeests calve their young, mostly synchronised in a two week period. The calves quickly find their footing and can sprint within 15 minutes after birth. 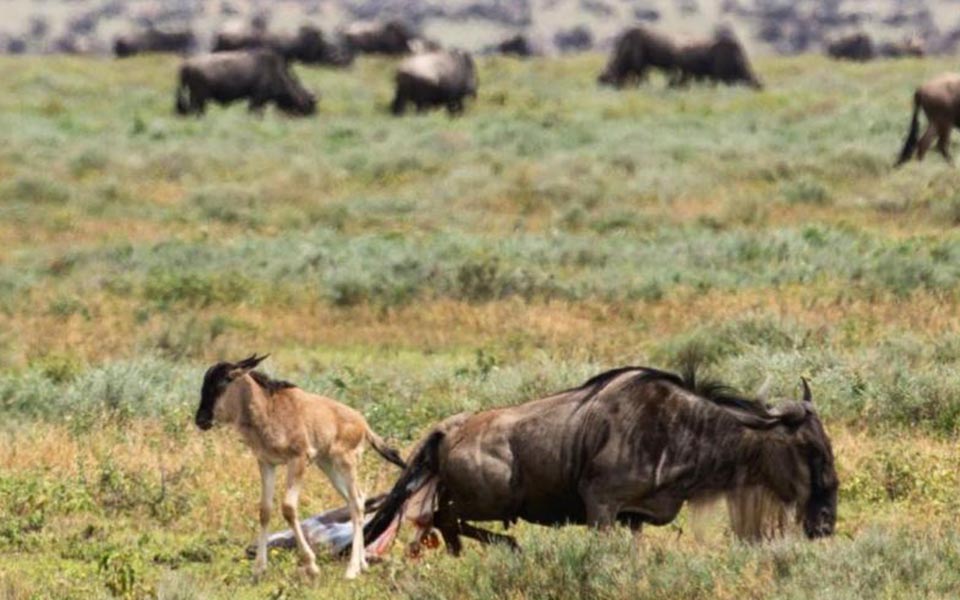 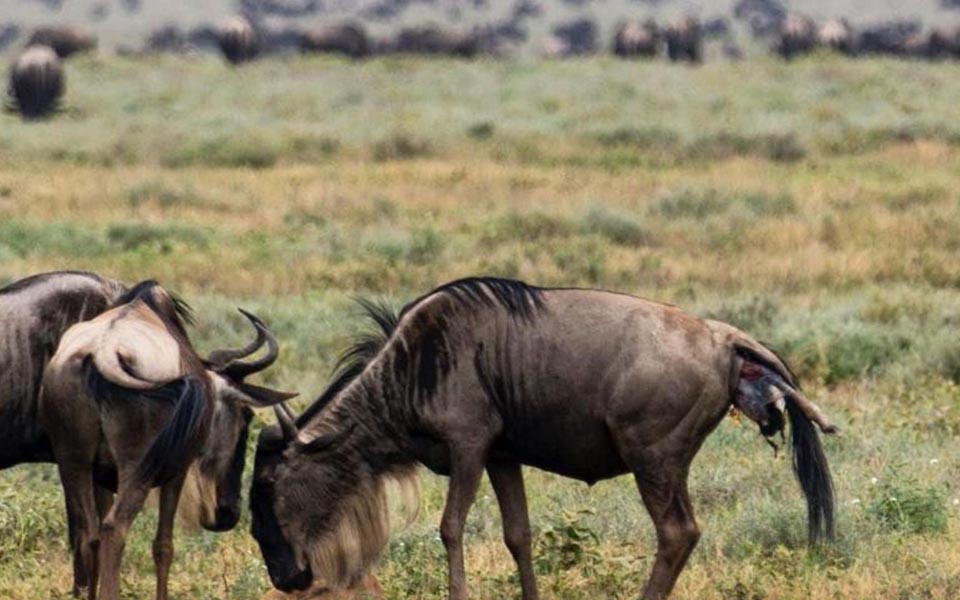 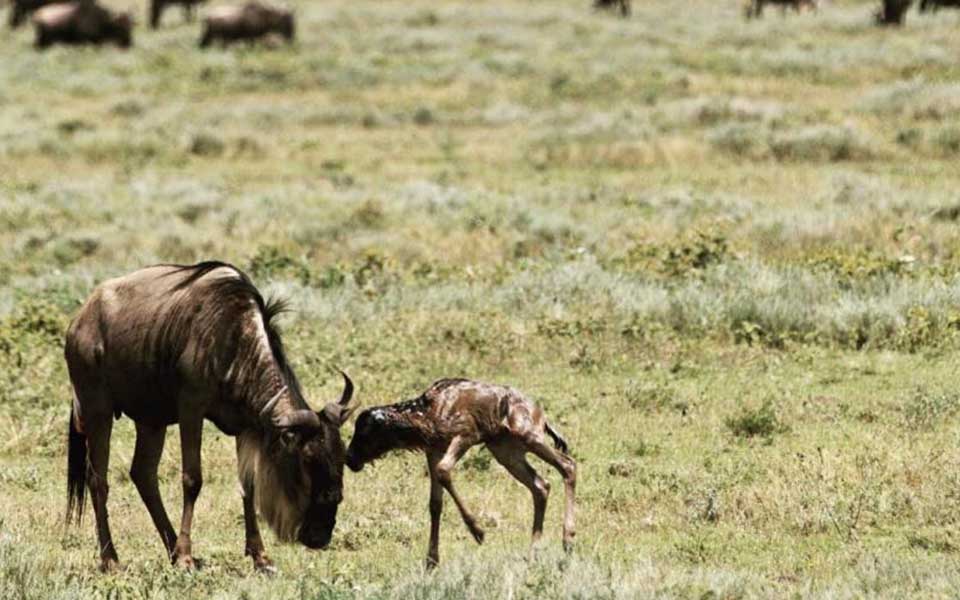 Misty morning crossings in the Ndutu Safari Lodge.Ndutu’s 34 Cottages all face Lake Ndutu and have en-suite bathrooms and verandahs from which to enjoy the view. 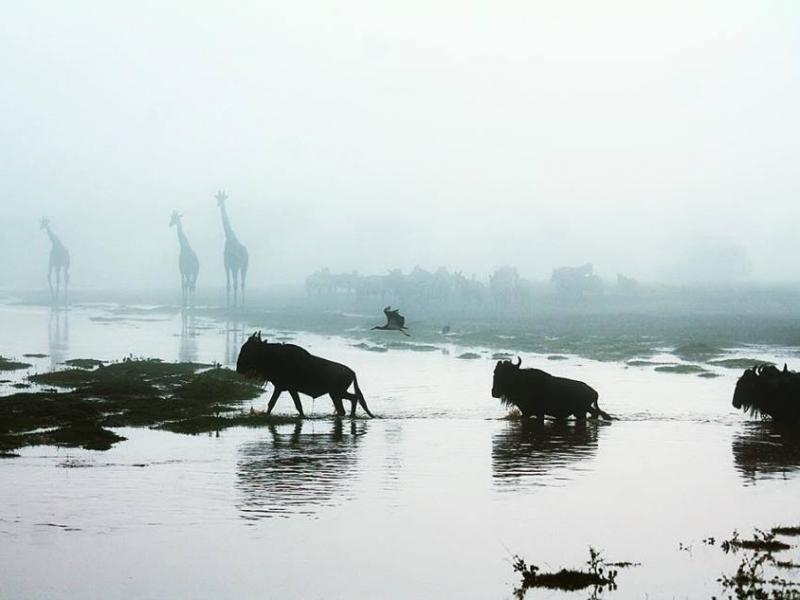