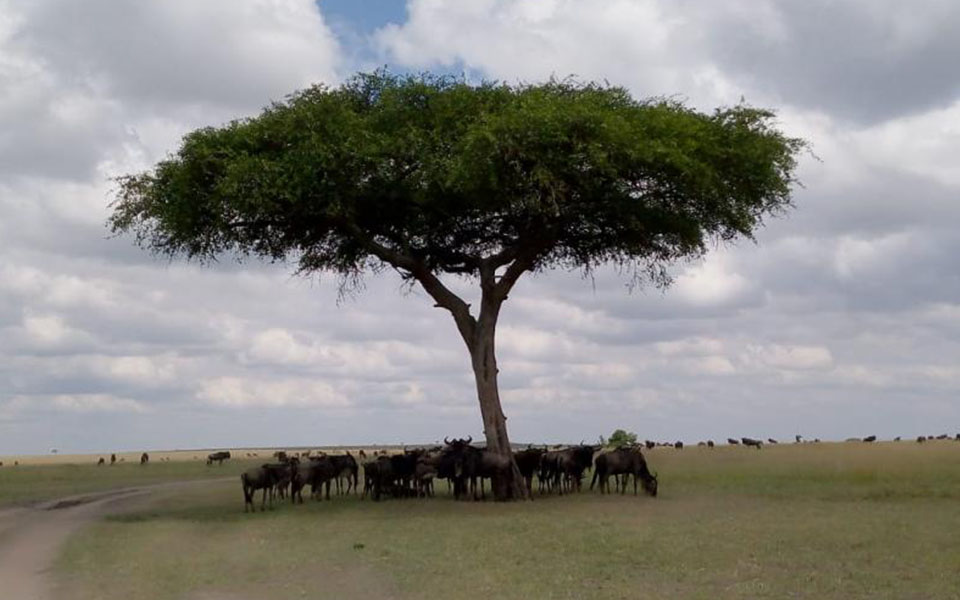 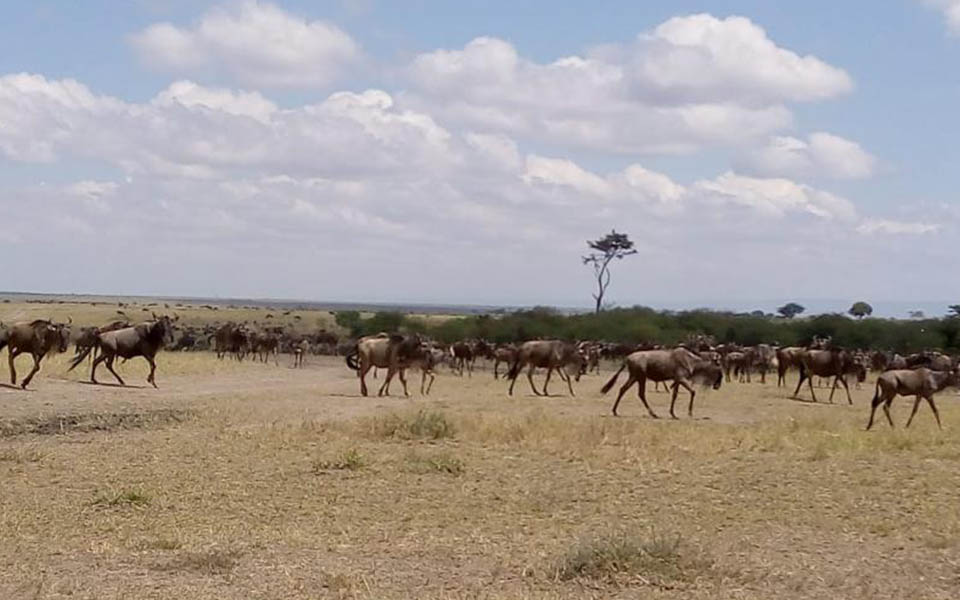 A big herd of wildebeest is spreading across the Southern part of the Maasai Mara, Sand River (Keekorok), Hammerkop towards the Talek Gate and Olkeju Rongai area.

Great sightings of wildebeest bulls on testosterone, running around inspecting and breeding with the wildebeest females – part of the ritual is locking horns and fight before passing their DNA. 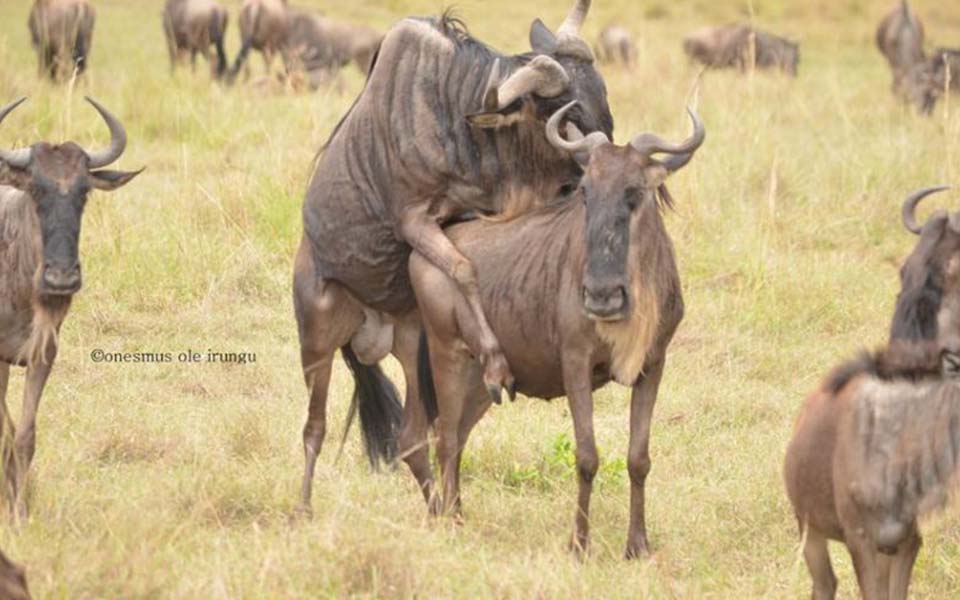 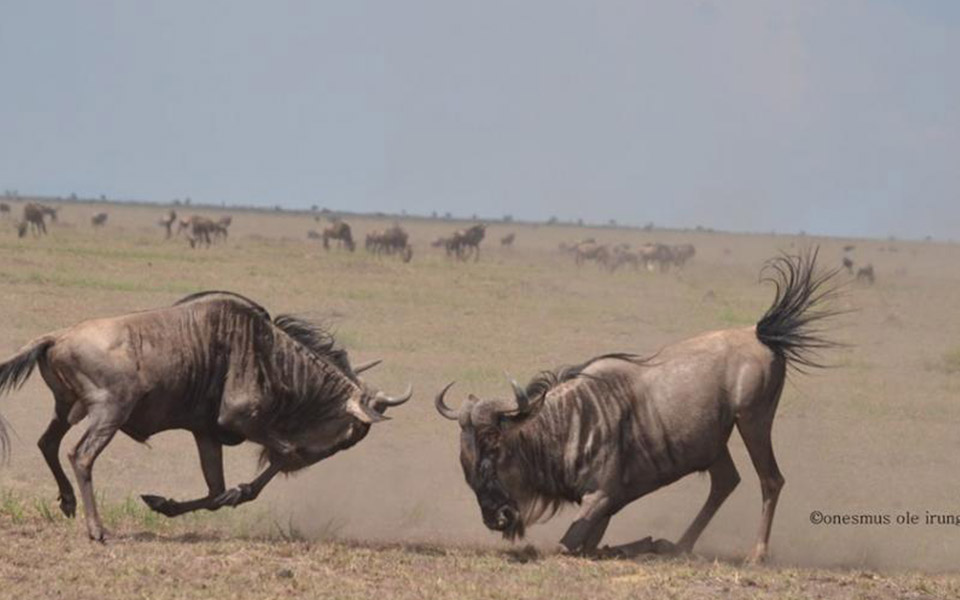 Immerse yourself in theGreat MigrationOlakira Migration Camp. You’ll feel the earth vibrate during winter crossings of the brave wildebeest as they face the mighty rivers in the north.

Olakira follows the massive herds of the wildebeest to two spectacular locations in the north and south of theSerengeti, as well as theNdutu region. As the dry days of winter arrive, Olakira relocated north to the confluence of the Mara and Bolongonja rivers for spectacular game viewing at theMara Riveritself.

Known for its superb locations during the Migration, the camp has an additional surprise in the new stargazing tents. The stargazing tents allow the flexibility to roll your bed into the meshed area for a magical experience beneath the stars. With the galaxies glittering above it is an experience that you don’t want to miss out on.

June is traditionally theGrumeti River crossingperiod! But, this year – the wildebeest herds are very early!!

Safari guide Emmanuel captured the wildebeest from theEastern Serengetiin the Bolongojamoving at high-speed crossing point no 8 and no 10 in theMara River. A small herd is still in theWestern corridormoving towards the Mara River.