Charley Swynnerton spotted the great migration during a balloon flight in the Serengeti.

Experience the breathtaking beauty of the Serengeti National Park on a once-in-a-lifetime hot air balloon safari. A Serengeti balloon safari is an extraordinary opportunity to relish a bird’s eye view of the phenomenal sweeping plains below. Tiny little dots rove across the diverse landscape and as you get closer, you are a spectator to the most magnificent view of dramatically striped black and white zebra, the wildebeest and subtle swishes of puffed golden tails reveal lions lolling under shady trees. 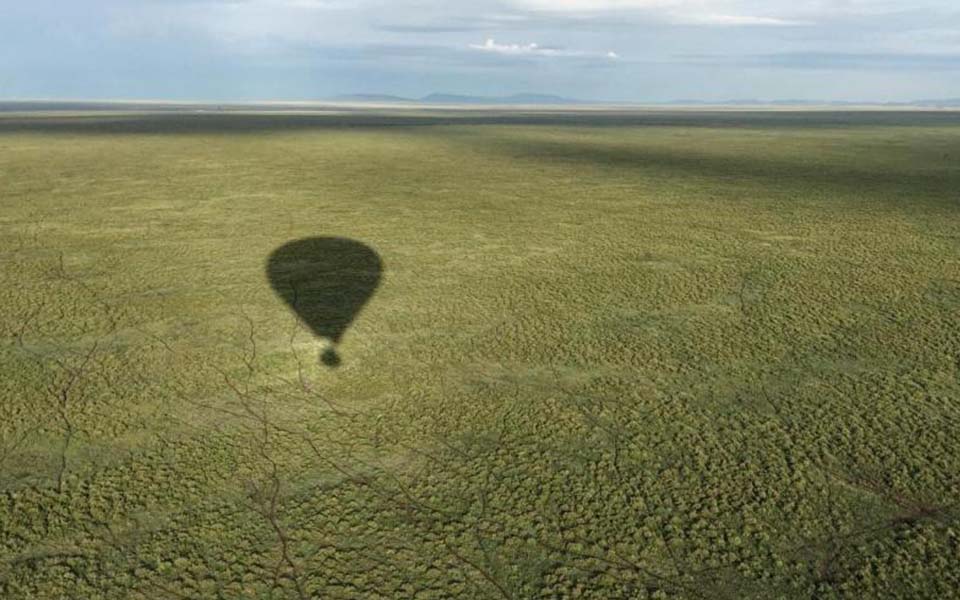 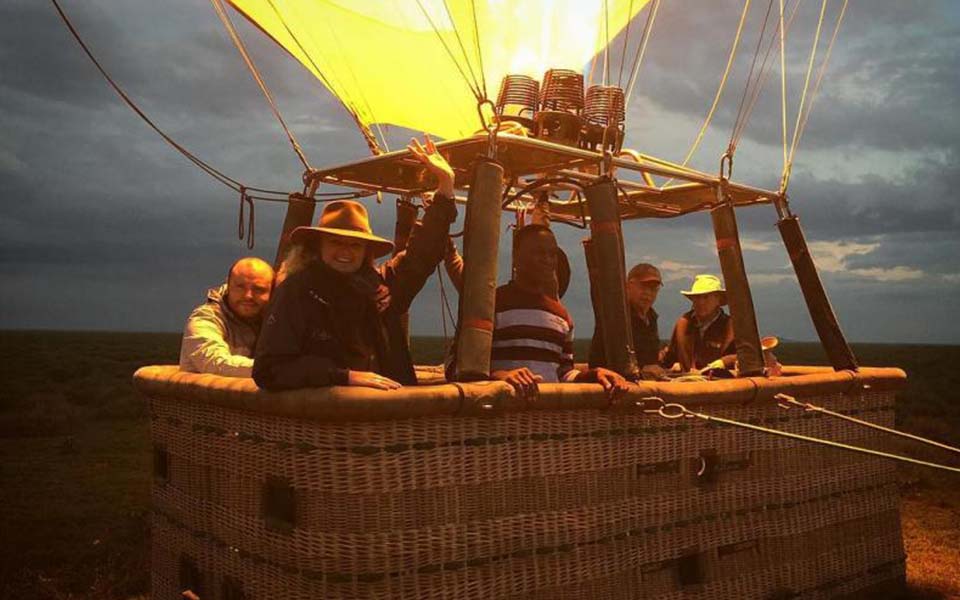 It is something truly spectacular, mind-blowing, surreal and definitely one for thebucket list. The sheer numbers are jaw-dropping and one can only drive away in absolute awe of nature and a sense of how incredible this can be. 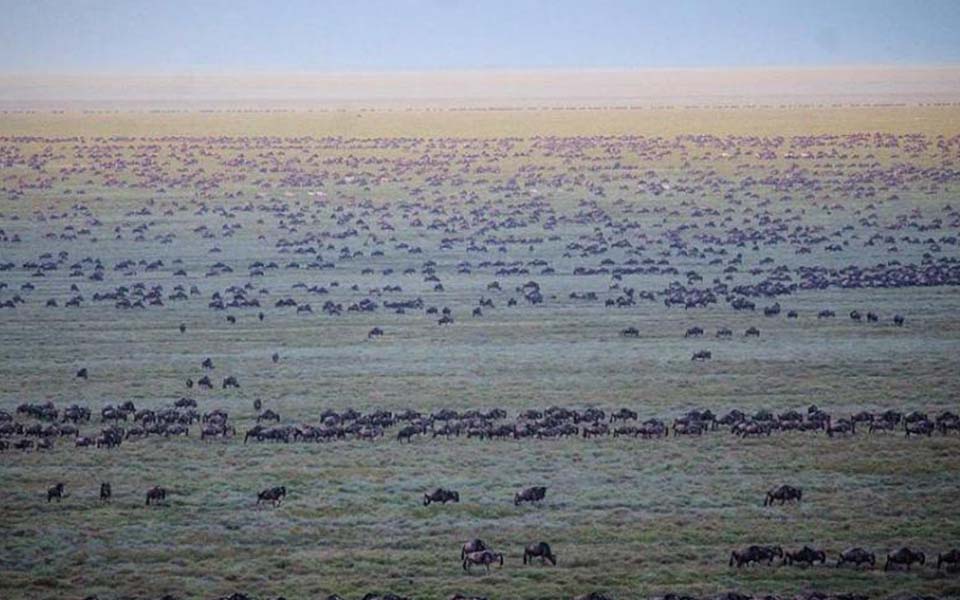 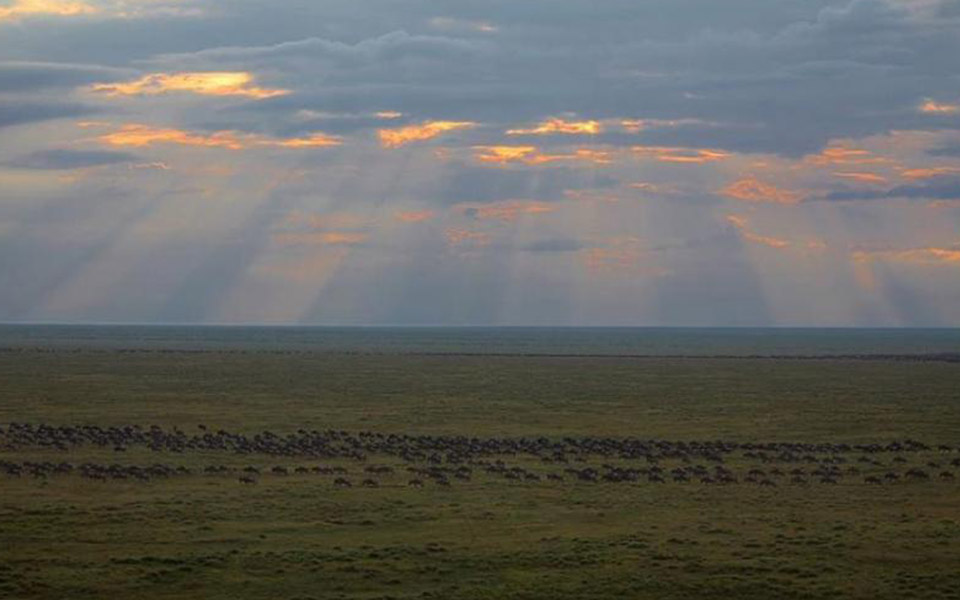 The rains are in full force on the Ndutu Plains! 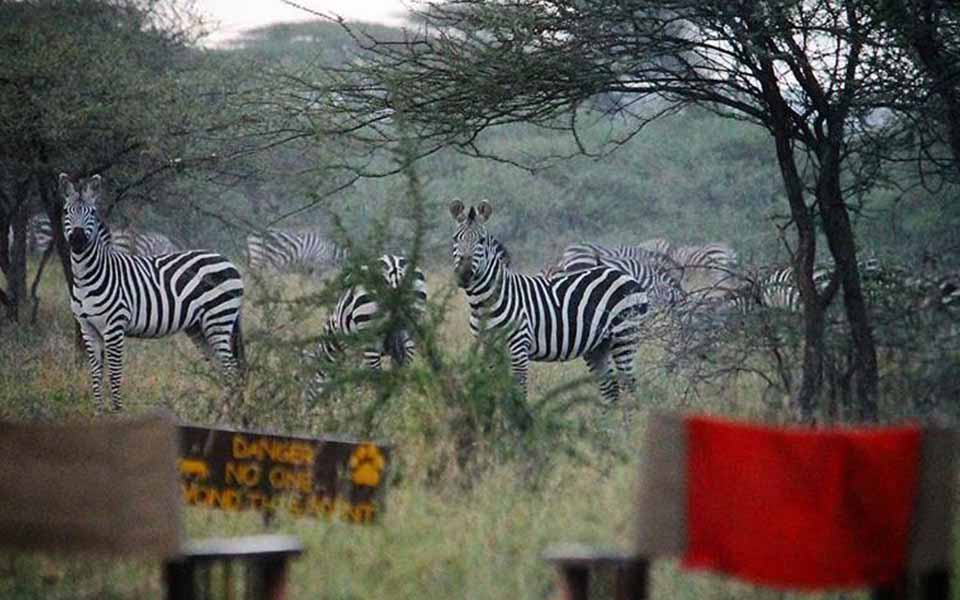 A large herd of the wildebeest was captured in the Ndutu heading towards the Miti Mitatu. The herds move slowly and predictably, as theone-month-oldcalves are fed constantly. The glut of calvesmakeseasy prey for predators! Expect lots of lion and leopard encounters.

Safari guide spottedlion cubs playing on the Big Marsh in the Ngorongoro Conservation Area. The Ndutu plains have been experiencing good rains for the past few weeks.

With thousands of wildebeest calves running around, it is much easier for a mother lion, cheetah or leopard to find a meal for the hungry cubs as well as give them the opportunity to learn how to hunt for themselves by practicingon young calves before they have to go out and fend for themselves! Young cubslearn valuable lessons during this time which is crucial to their success.

There is a very high probability of witnessing a kill on a game drive in this period. The calves are easy prey for Africa’s big predators: lions, cheetahs, leopards, spotted hyenas, and rare wild dogs.

Safari guide Michael Thomas captured the great herds in the Ndutu area. However, a large herd is in the Kakesio area.

The great migration is moving along the Lake Ndutu coming from the Marsh woodlands heading towards the open plains of the Golini Triangle and Shamba la Maharage. 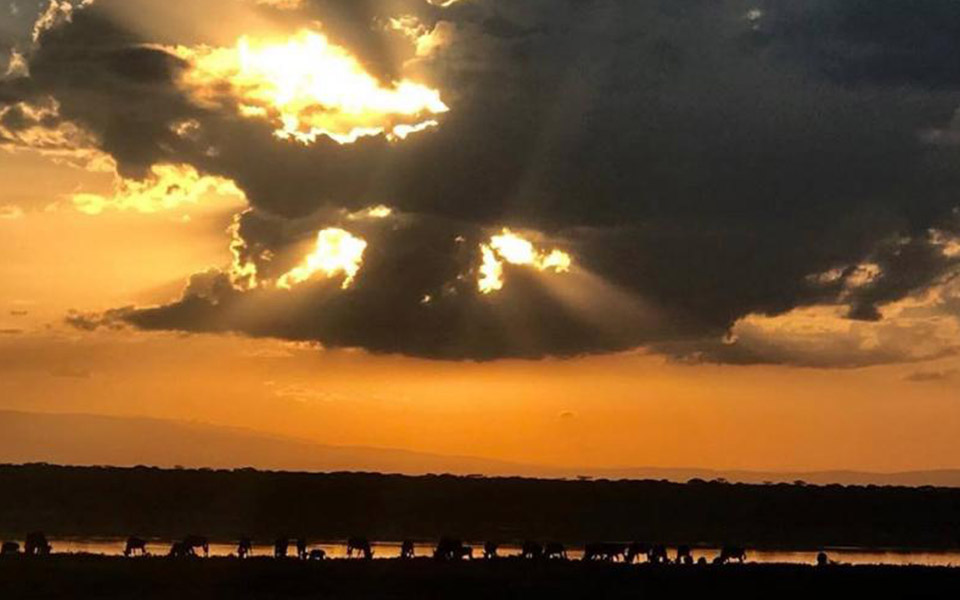