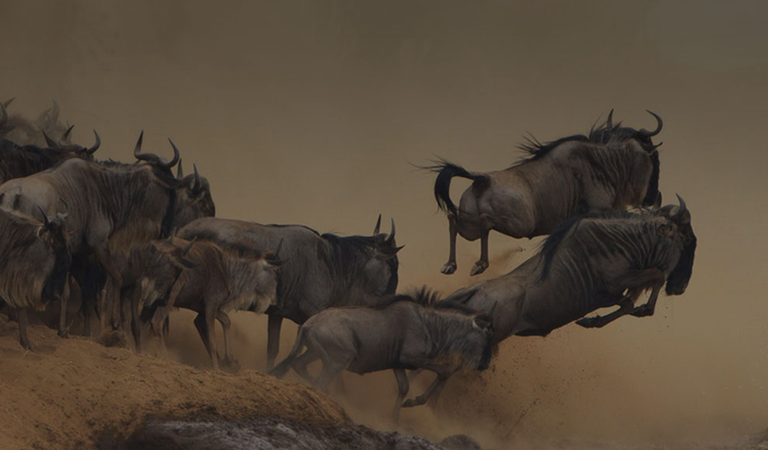 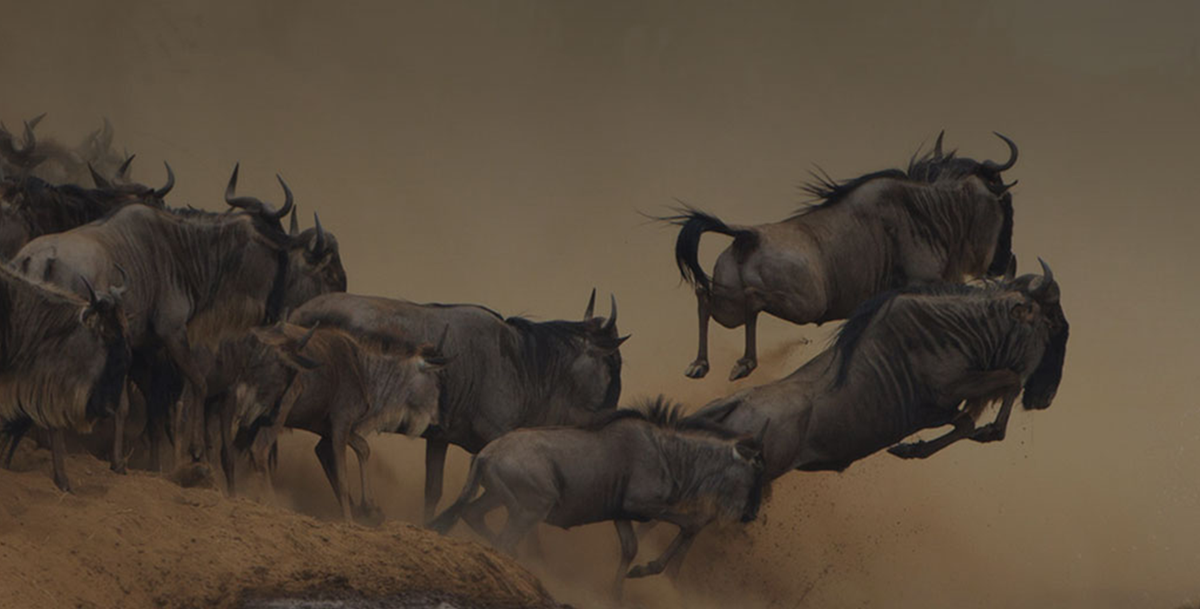 Stay ahead of the herds with our weekly Great Wildebeest Migration updates.

Impatients Tours Tanzaniahave reported that the herds are yet again in a pretty identical position in thenorthern Serengetiarea of Kogatenda and Lamai. The early light rains are pushing the herds south, however, this takes a long time as there are many of them! The chances are even if you are visiting the north inlate October, that a good few of the herds will still be lingering in the north.

Stephen Skinner has said that the herds have been spottedheadingback down south, as the Masai Mara is starting to get hotter. The grassy plains have been denuded and the rain clouds are gathering in theSerengeti. The predators follow the mighty herds, but only as far as their territories allow them to. The cats and hyenas are loathed to enter one another’s territory. During this season, the lioness have cubsthat they must feed and take care of, so they can not go too far away.

Henryk Sarat filmed one of the most scenic partsof theGreat Migration crossing the Mara River! Henryk Sarat waited for about four hours while the herds travelled along the river and stopped at multiple points to sniff if there were any crocodiles in the water. In this instance, there was a hippo that wanted to attack a crocodile. This is a perfect example of where an “enemy of an enemy is my friend”.

The hippo wasjust relaxing and sleeping in the water and all of a sudden, thousands of wildebeests trample over the hippo. The hippo ended up swimming away because it wasn’t sure what was going on. The hippo’s day was for sure ruined. It was hilarious watching the hippo confused!

Ready to plan your migration safari?