The calving season is in full swing in the Ngorongoro Conservation Area!

The great herds were seen on the Kusini Plains heading towards the woodlands in the southern end of the ecosystem. 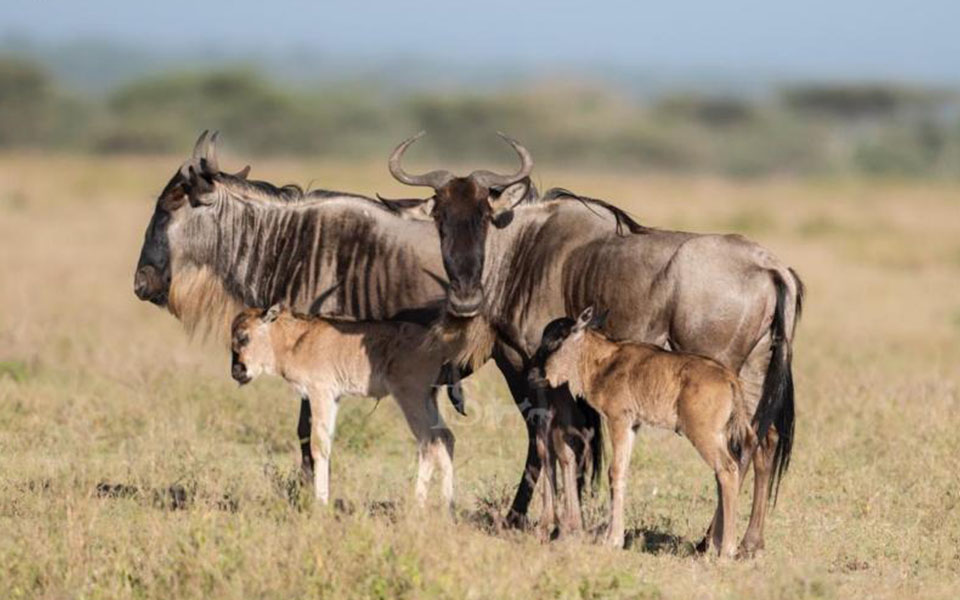 Bobby-Jo Photography captured an intense cheetah hunt on the Ndutu Plains. The young male caught a newborn wildebeest calf – it was quite confronting as the young calf struggled for its life. Very emotional morning, but nature as it is! 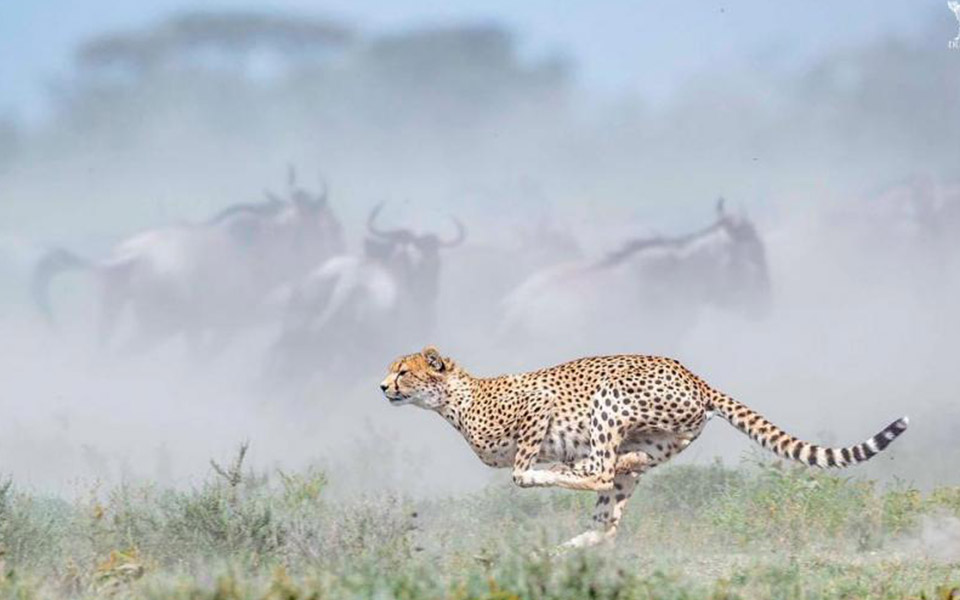 With the promise of short rains, the young wildebeest are almost guaranteed fresh and constant grass all the way into the central parts of the Serengeti.

With thousands of baby wildebeest running around it is much easier for a mother lion, cheetah or leopard to find a meal for their hungry cubs as well as give them the opportunity to learn how to hunt for themselves by practicingon young calves before they have to go out and fend for themselves! Young cubslearn valuable lessons during this time which is crucial to their success. 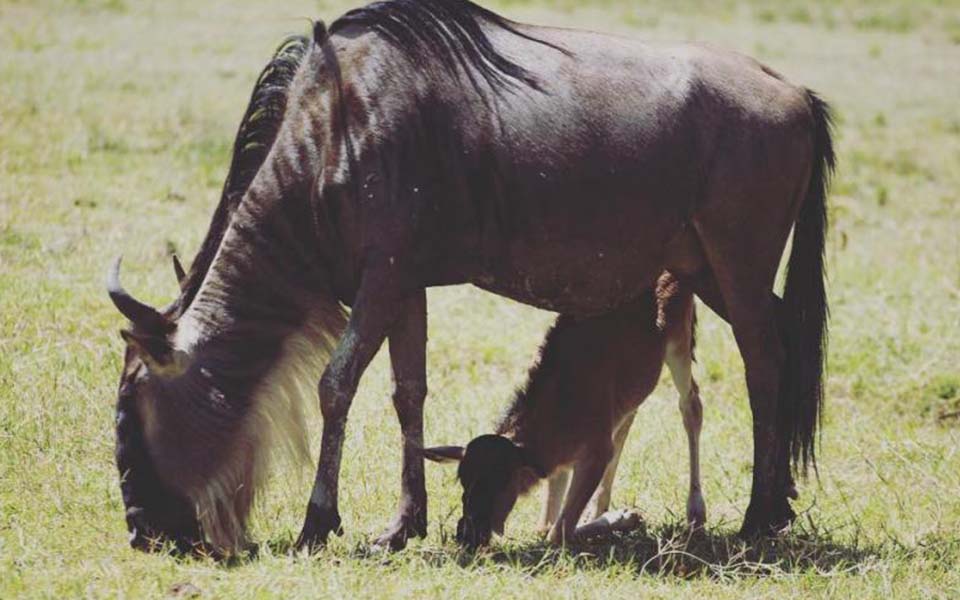 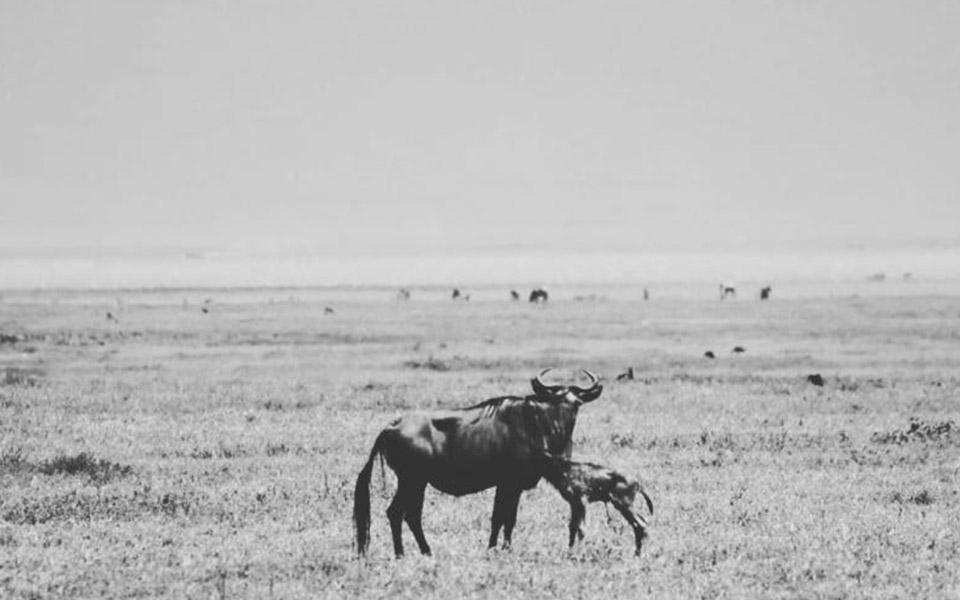 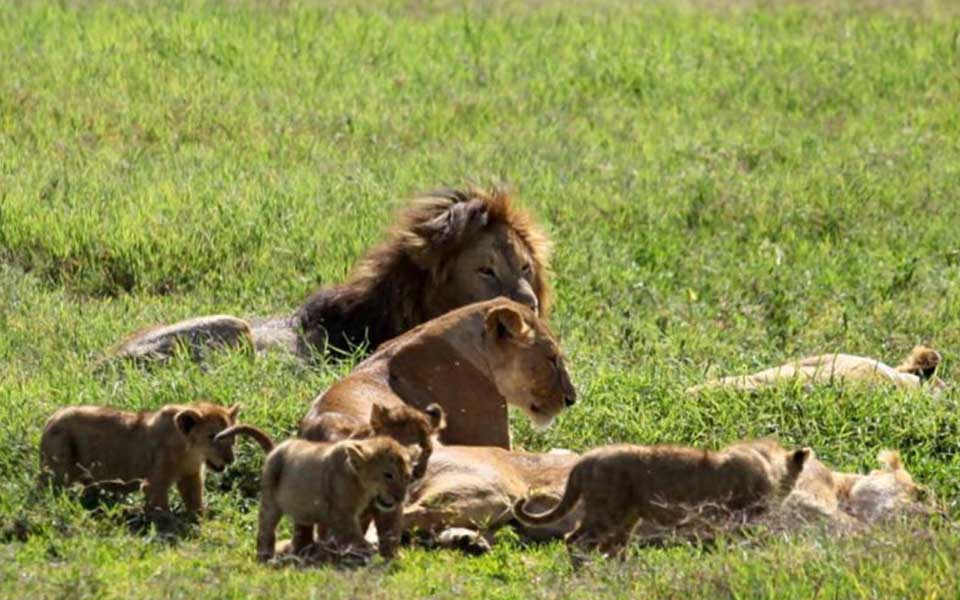 February; now the calving season is in full swing, with thousands of wildebeest and zebra being born every day!

Be preparedfor some heart-ache as the predators move quickly onto the newborn calves for their annual feast. Mother Nature is revealing what the circle of life means in full gore and vigour.Safari guide Mohamed captured a newly born wildebeest on the southern plains of the Serengeti. 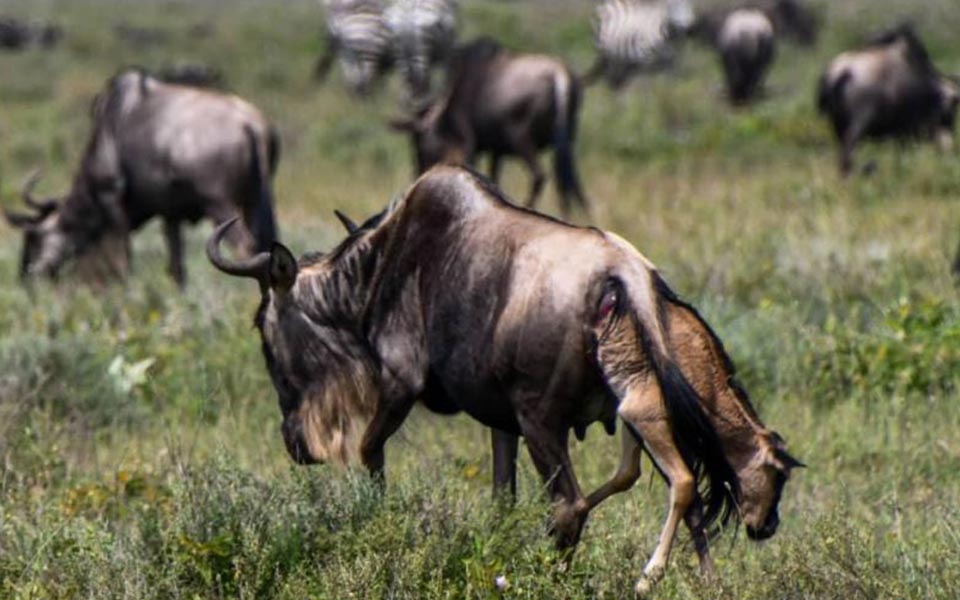 Serengeti Nomad safari guide spotted predators such as cheetah and wild dogs during their game drive from Gibbs farm to the Ndutu area.

When they reached the Maswa Game Reserve, the Maswa plains were packed with lots of wildebeest heading towards the southern part of Makao. 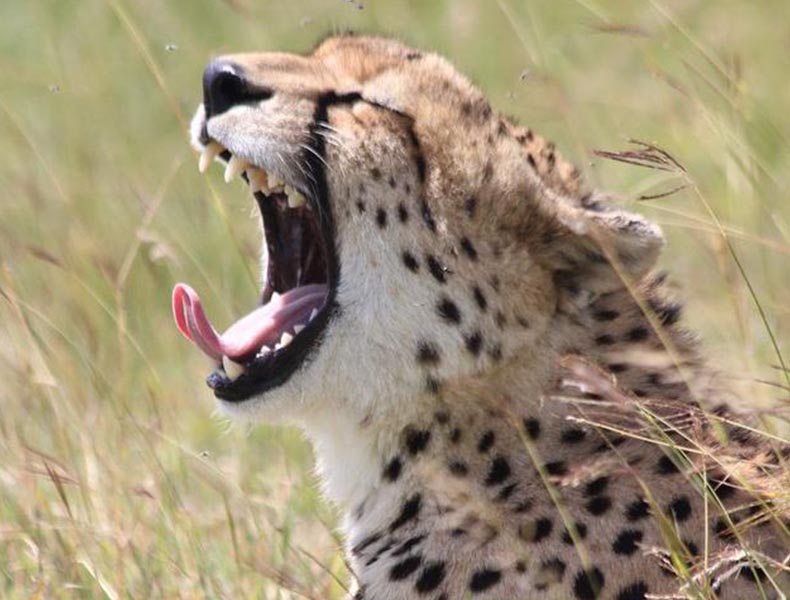 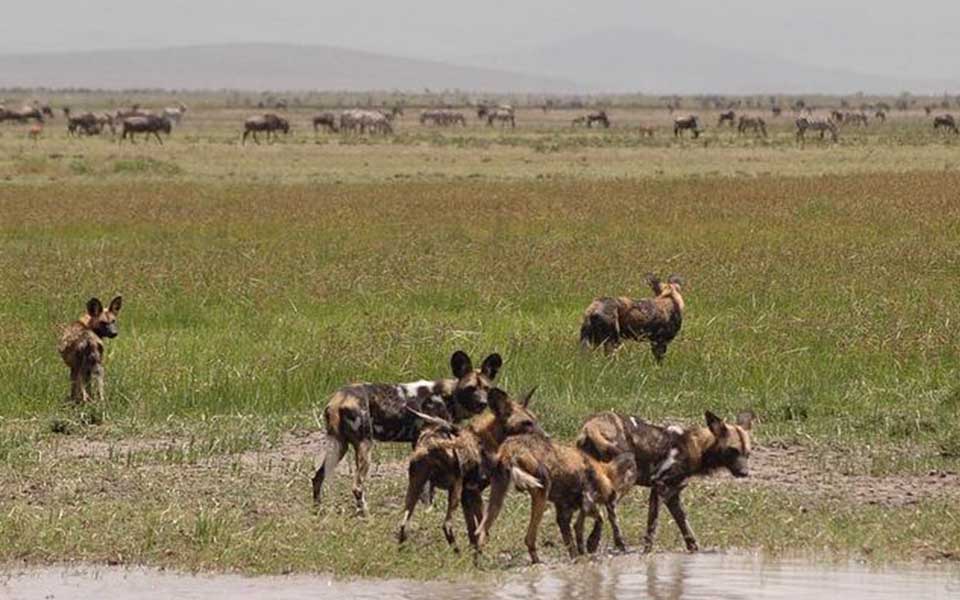 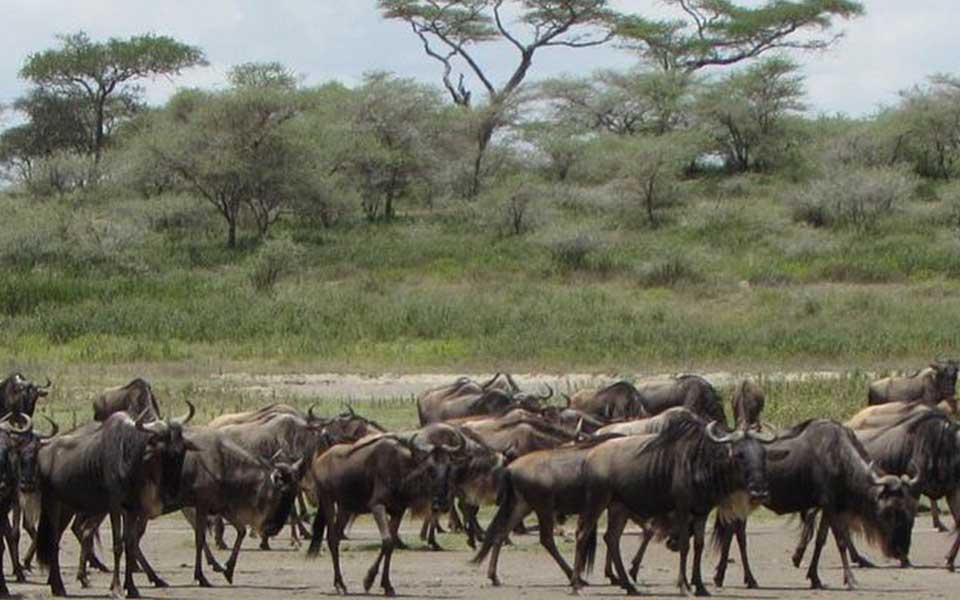 The calving season is in full swing in the Ngorongoro Conservation Area!

The guides spotted about 50 newly-borns and over the next few months,500,000 calves will begin their life in the Serengeti. 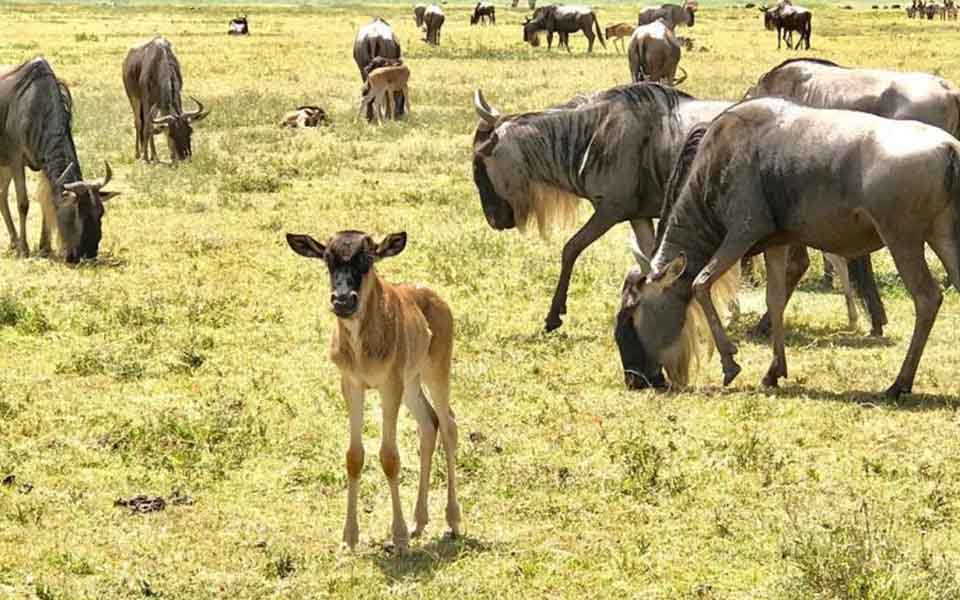 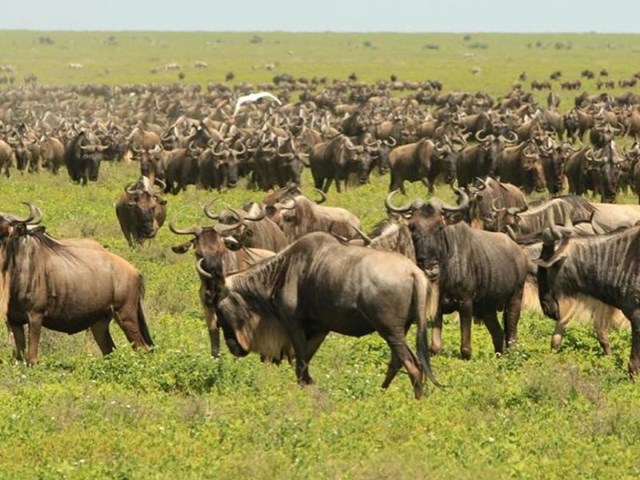