Safari guide spotted the herds crossing the Lake Ndutu heading towards the woodland in the north-east of the Ndutu area to the Golin Andgol Mountains. 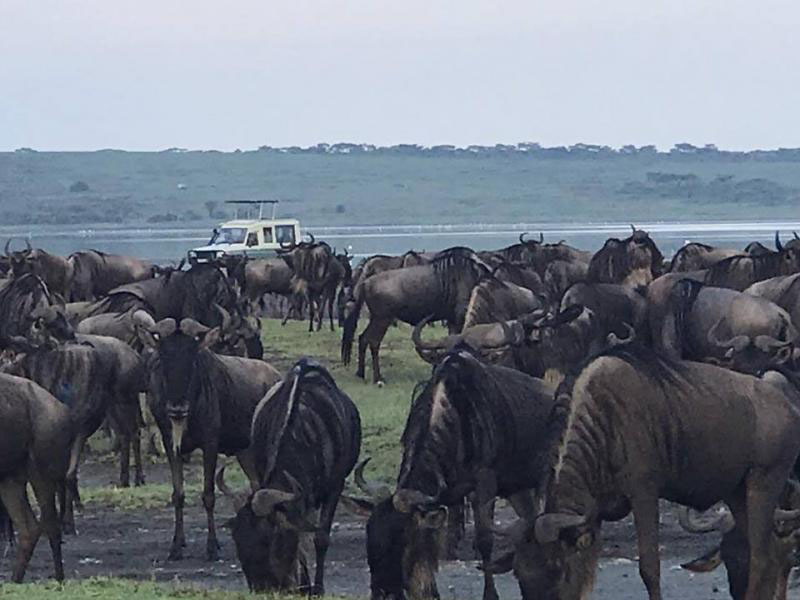 Safari guide Alice saw a herd of zebra crossing the Kaburu crossing point in the Masai Mara side during her game drive. The rest of the wildebeest are around the central to the southern Serengeti.

Capt. Bucks Cassim spotted the migration around the Lake Ndutu and the Airstrip. However, a big herd is between the southern Serengeti and on the Ndutu Airstrip.

Capt. Lucas Assengasaw a big herd of the wildebeest and zebra from the bird’s eye scattered between 7nm and 14nm northwest of the Ndutu Airstrip. 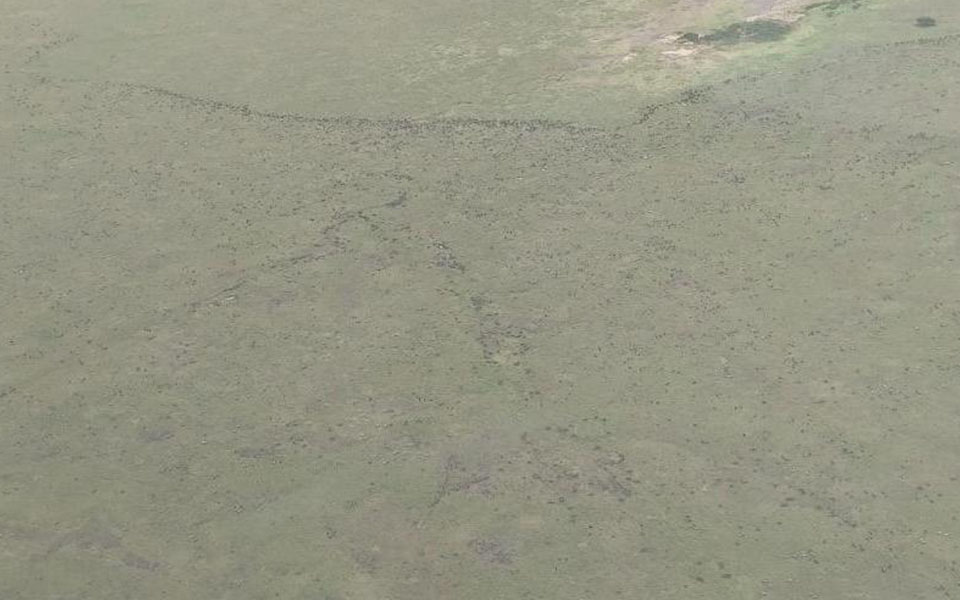 Balloon safari over the Serengeti at its best!

The herds are scattered on the short plains of the southern Serengeti from the Naabi Hill to the Hidden Valley throughout the Ngorongoro Conservation Area.

The balloon flight progressed slowly across the plains to the edge of the forested area. After an hour and 17 minutes, two balloons made an ever so gentle landing close to the bush breakfast spot.