The wildlife spectacle of theWildebeest Migrationthunders through Lobo twice a year, includingJulyandAugust(during the northward migration) andSeptemberthroughNovember(during the southward migration). During this time visitors can witness thousands of wildebeest and zebra attract hungry predators and scavenging vultures.

Jim Kirklin saw one of the most awe-inspiring scenes he has ever encountered!

He spent a few days with theGreat Wildebeest Migrationin theSerengeti. He was fortunate to witness thousands ofwildebeest crossing the Mara Riverfor hours. Before momentum kicked in, they seemed to be confused about which side of the river they wanted to be on – A group would go across, wait a few minutes then go back, and so on. That led to traffic jams with the wildebeest going both ways at the same time. 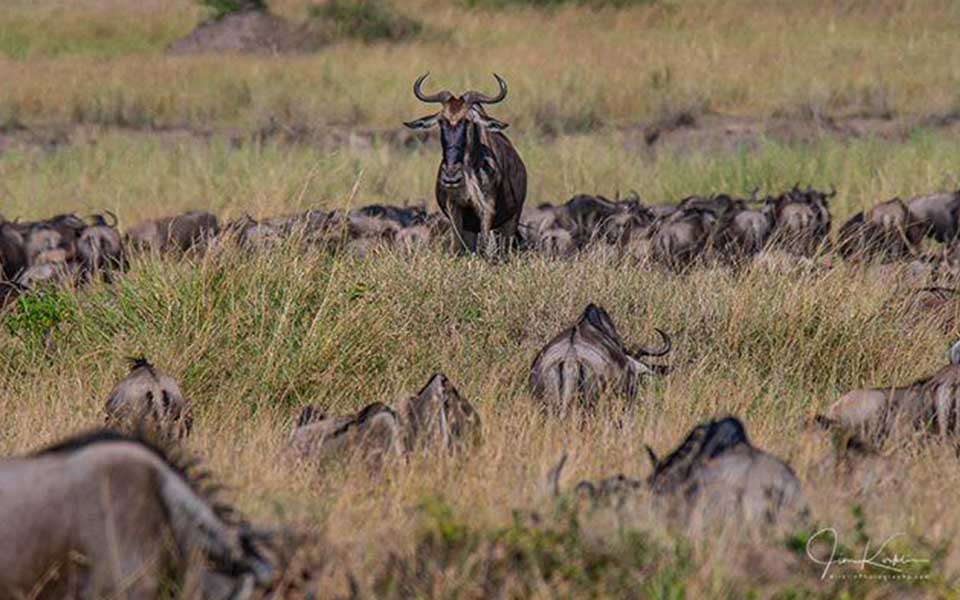 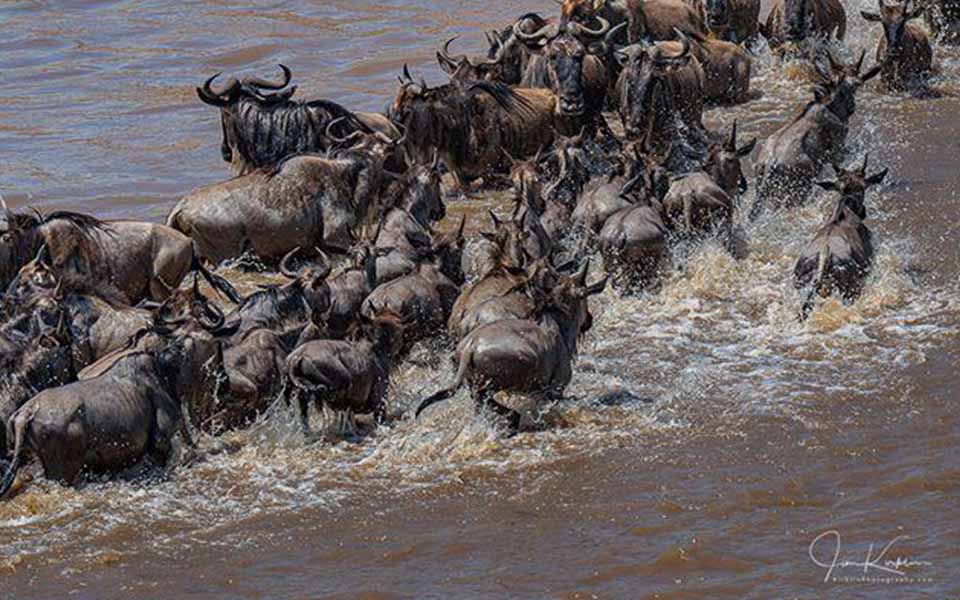 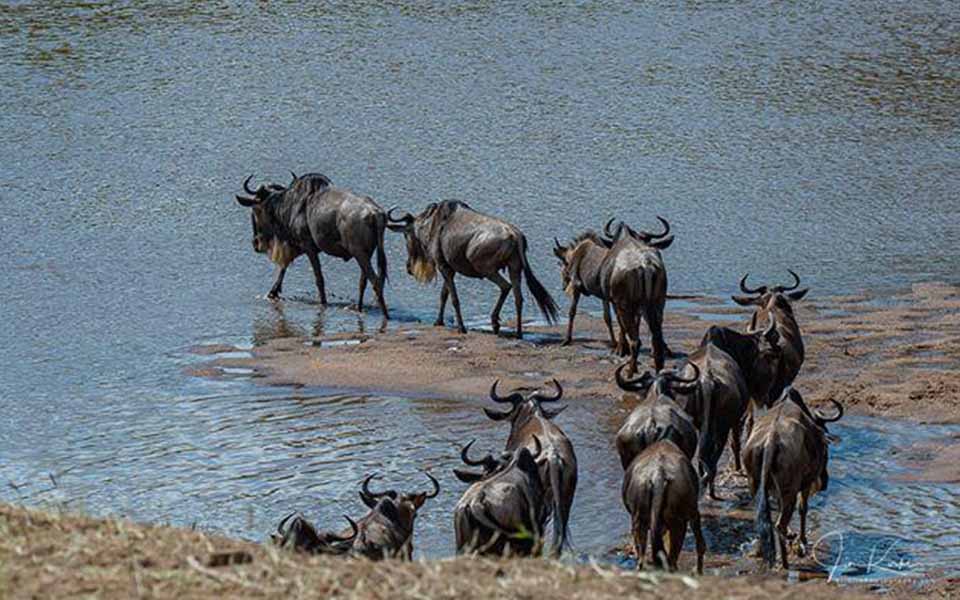 Lemala Marais set under shady trees in the heart of theNorthernSerengeti‘s best game viewing area, giving you front-row seats as the wildebeest and zebra herds make their way to the crocodile-infestedMara River.

Mega crossings are still happening on both sides of the border!Safari guide Johnathan Koikai captured two separate crossings at Lookout and Kaburu area. 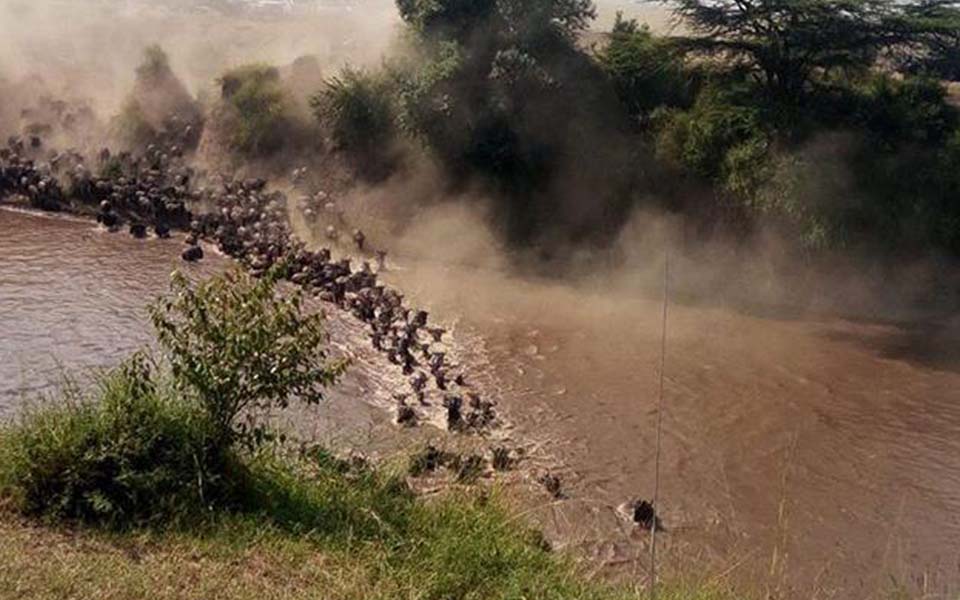 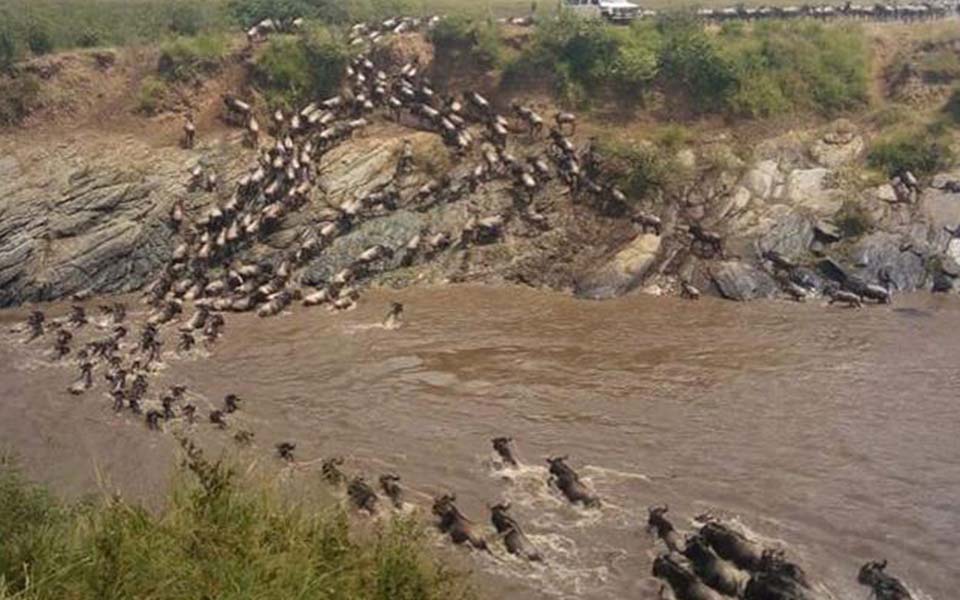 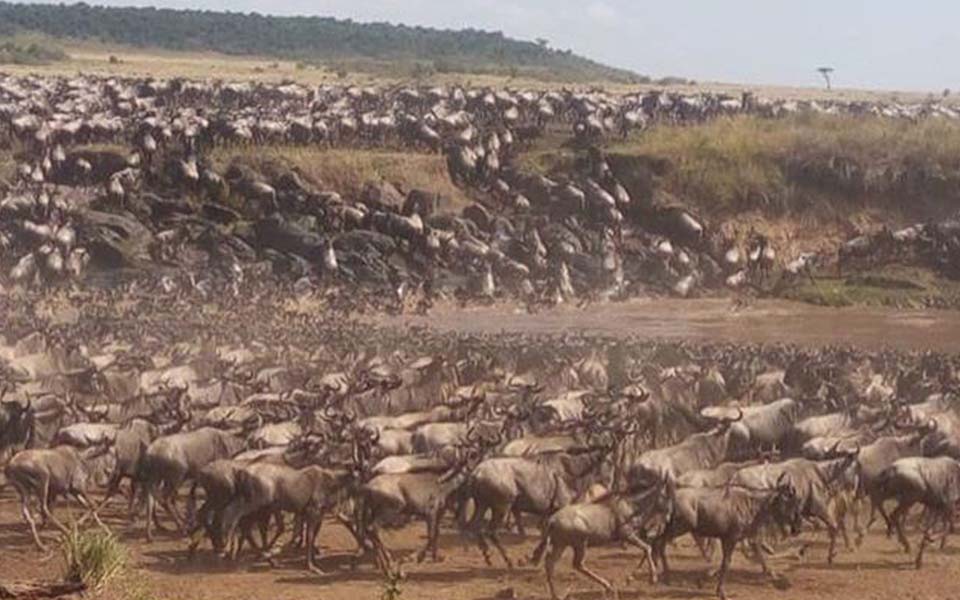