How Chimpanzees came to live on Rubondo Island

The chimps of Rubondo are showing real signs of progress in their habituation process – come and be a part of it!

Many of our guests wonder how the chimps arrived on the island in the first place. Here’s the story of how they were introduced to the island and what their current status is today.

Rubondo Island: Chimp Heaven
Establishing Rubondo as a haven for endangered species was the passion project of Professor Bernhard Grzimek of the Frankfurt Zoological Society. Over a four year period (1966-1969) he released 16 chimpanzees rescued from European zoos in four cohorts onto the island. The following extracts from his book ‘Among Animals of Africa’ explain that this was by no means an easy task!

Introducing chimpanzees
On how the first chimpanzees came to Rubondo, Grzimek wrote: “Peter Achard was an energetic and enthusiastic man, and enthusiasm can be infectious even to aging men like me, who really ought to steer clear of adventuring. As a result, the Frankfurt Zoological Society circularised all European zoos and on May 16th 1966 dispatched ten large chimpanzees from Antwerp aboard the German African Line’s steamship Eibe Oldendorff.”

When the ship finally reached Tanzania, he was bemused to note: “The first Dar es Salaam paper I opened when I reached Mwanza contained a photograph of the chimpanzees accompanied by a ridiculous report alleging that the animals, which hailed from European zoos, were accustomed to nothing but the best Russian tea. It appeared that the chief problem would be how to convert them to drinking plain water in the wild. I don’t know which sailor sold this nonsense to the African reporter in Dar, but the same picture and report were reprinted in every German newspaper!”

Start up problems
The next problem they encountered was how to release the animals once they reached the island, as being habituated to humans, they had no natural fear of people, and some of them were quite aggressive. The solution was to place the crates on the edge of the lakeshore: “We chose a fairly level spot on the shores of Rubondo to unload the crates containing the chimpanzees. Although they had to be manhandled ashore, this gave us the chance to take refuge in the water after opening them.”

The animals had no rehabilitation or pre-release training but after one year on Rubondo they were able to find and eat wild foods and construct nests for sleeping.

"The island is very suitable for stocking with rare species of wildlife because no large predators are yet to be found there.”

They successfully reverted to an unhabituated state characteristic of wild chimpanzees and remained secretive. From 16 founders the population has now grown to around 35 individuals.

Come and be part of the habituation process.
Spend three nights at the remote and wild Rubondo Island Camp. Available for a limited time, this is a unique opportunity to join the habituation team as they accustom the chimps to the presence of humans. 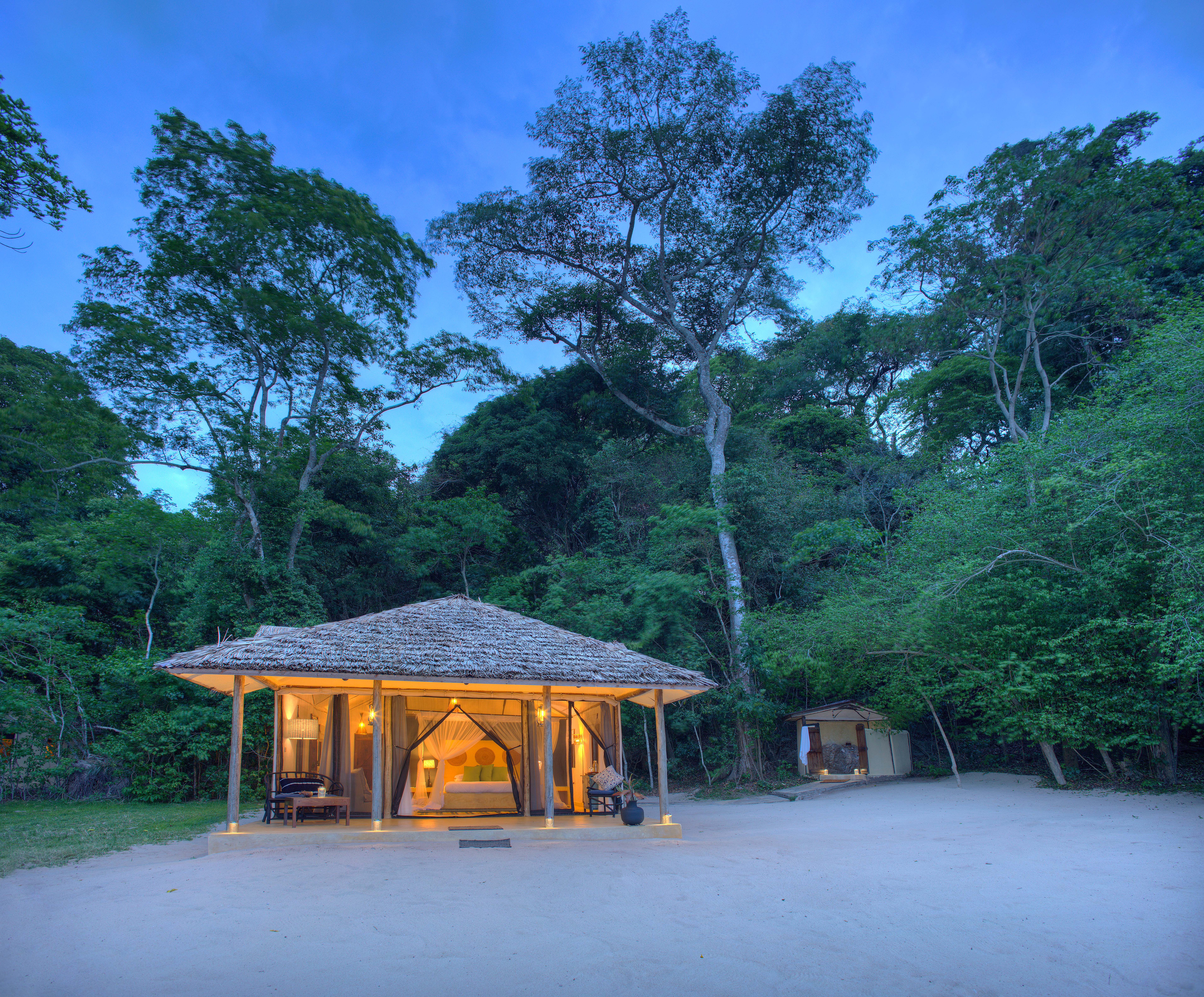