East Africa’s predators have no time for pity. Prey is prey, whether it’s young, wounded or simply unlucky. By the same token, these hunters expect no favours from other animals. Only skill and hardiness will carry them through, especially when the dry season begins.

As the region’s apex predators, lions, leopards, and spotted hyenas have these two qualities in abundance. They need both to survive when the rains desert them.We look at how they manage during East Africa’s most challenging period.

In the dry season, lush hunting grounds transform into a barren a world of dusty turf and sun-bleached bones. Waterholes evaporate and herds migrate in search of grazing. Apex predators must adapt or perish.

A Drop to Drink

All three predators can last for lengthy periods without water, getting the moisture they need from their prey. Lions and spotted hyenas can survive for five days. Leopards can go for 10. This adaptation is invaluable during the dry season.

But, when they must visit one of the region’s permanent water sources, their status as apex predators won’t guarantee them a drink. Indeed, there are few places at these waterholes and competition is fierce. They must contend with each other as well as hippos and elephants, which can easily crush them. Speed, stealth, intimidation or naked savagery is the price of admission. 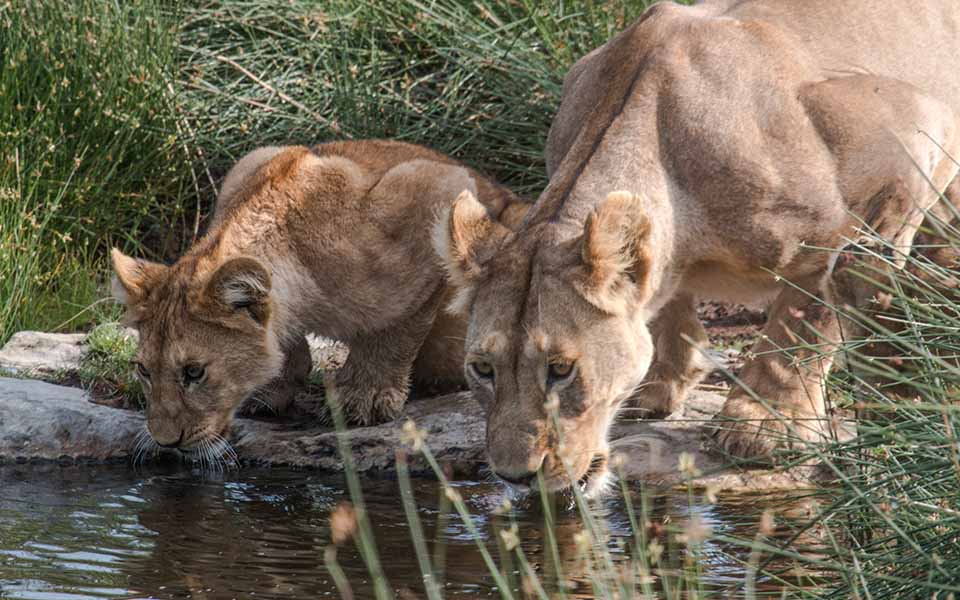 Anything for a Meal

Though lions typically hunt medium-to-large-sized mammals, they are, in fact, opportunistic and will prey on anything from wild mice to elephants. This stands them in good stead during the ‘long thirst’.

The region’s other apex predators are equally opportunistic. For their part, leopards have been known to pluck owls from trees and pillage muddy riverbeds for exposed catfish.

All three will chase other predators away from kills. These encounters are especially dangerous during the dry season, when animals will bare teeth at odds they’d never accept in times of plenty. Otherwise, East Africa’s top three hunters will scavenge for food, filling their bellies with putrid meat when needs must.

The dry season puts pressure on mothers from all three species. As solitary creatures, leopards must hide their cubs in lairs when they venture off to hunt. They tend to use hills or outcrops with lots of foliage. Also, their lairs can’t be too close to water sources, as other predators would stand a greater chance of discovering their young.

The pendulum of risk versus reward is in constant motion as leopards range farther and farther away. Hungry cubs must remain silent and out of sight, or fall victim to killers that can sniff out weakness with the purpose of arrows.

Lions and spotted-hyena clans compete for the same prey and will seize each other’s kills if they can. Numbers count in this context, so protecting their young is a crucial investment, particularly for when stakes are higher in the dry season.

Lions will finish off any hyena cubs they find and expect the same treatment in return. Both species will also feed on their own kind, stealing the future from rivals clans and prides. 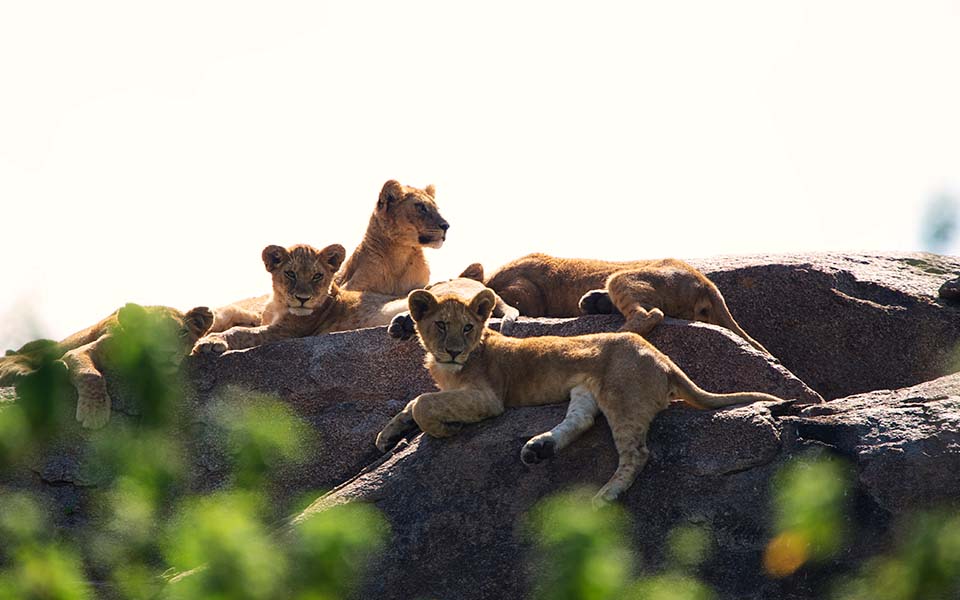 Hyenas live in fission-fusion societies. That is, they can switch between operating alone, in small groups or in large collectives. Circumstances govern their actions.

More specifically, clans can split during the dry season, when prey is scarcer and there are too many maws to feed. Sometimes, hunting alone is the key to survival, especially for hyenas that are far down the clan’s pecking order. Other hyenas may not allow them to eat much. Alternatively, weaker hyenas can form small groups when feeding to secure their portion of a carcass.

Multiple lineages often partner to seize or defend kills from lions and rival hyena clans. But, mothers with small cubs will avoid these groups, as infanticide is a risk. 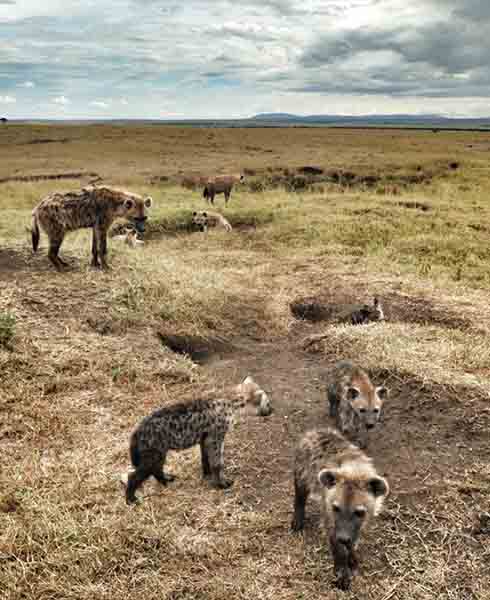 Rain makes East Africa a land of plenty, where grazing is good and predators have meat to ease their hunger. When the rains dry up, fearful and fierce alike must scrap to survive the stricken landscape. All told, the passage of life is as cruel as it is beautiful. If you’d like to join us on safari, here’s a breakdown of the region’s ancient rhythms, and what you may see every month.

Make an enquiry below or get in touch with your usual travel agent – we would love to welcome you!