International Women's Day: Meet some of our inspirational women 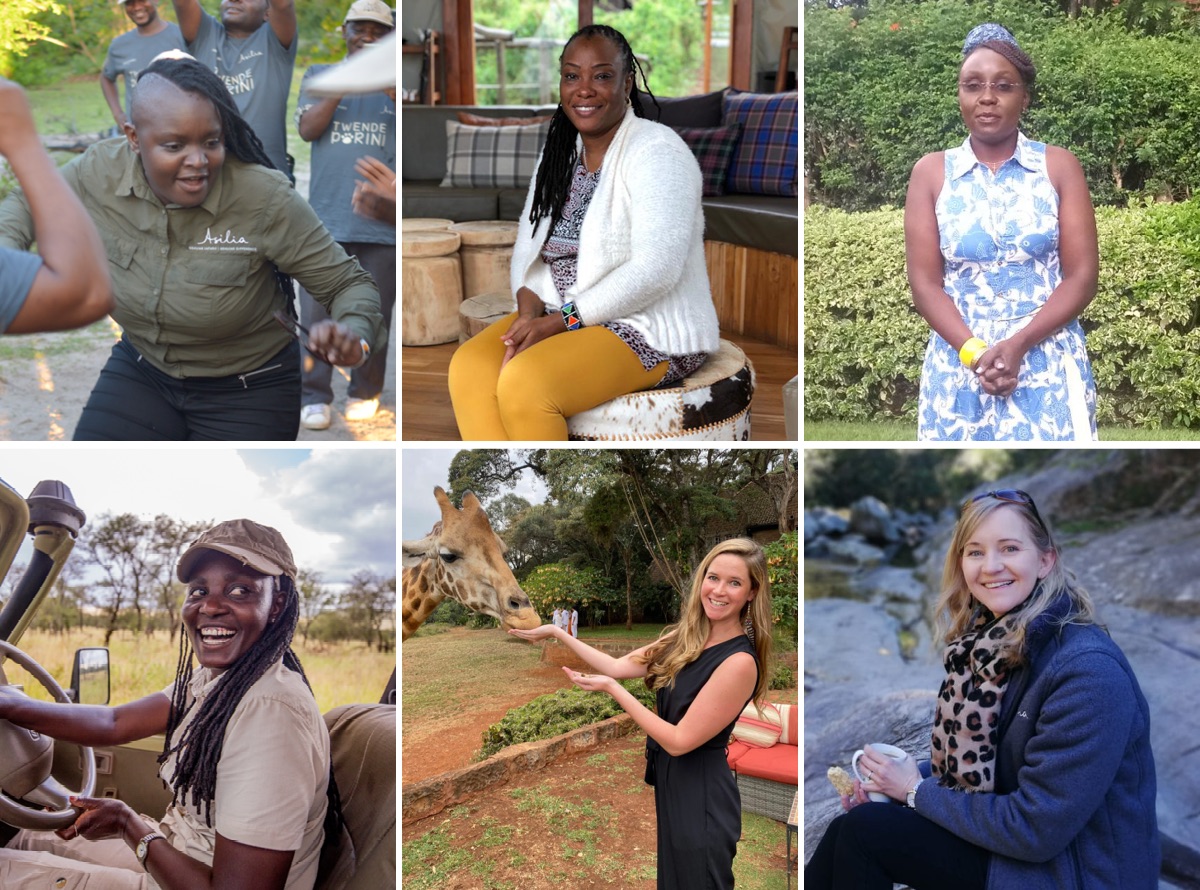 Asilia is a collection of more than 20 camps and lodges across Kenya and Tanzania, with six global offices in Nairobi, Arusha, Dar es Salaam, Cape Town, London and Boston and 600+ employees.

Nearly a quarter of those employees are women and when tourism returns we want nothing more than to even out those numbers further. Our aspiration mirrors the theme of this year’s International Women’s Day; achieving an equal future in a COVID-19 world for women in leadership.

Offering equal opportunities has always been a key driver for Asilia, and our vision for a more balanced future took a huge step in 2016 when Dunia Camp became the first all-female managed camp in East Africa. In a strong patriarchal culture and a male-orientated industry, this bold statement offered women a beacon of empowerment; a message that it was possible to learn, grow, break glass ceilings and thrive.

To celebrate International Women’s Day this week we gathered a group of six trailblazing Asilian women to discuss their roles, the challenges they face and what’s to come.

As we all joined the video call from our respective parts of the world, Fran Gesimba, our Kenyan safari operations manager, smiled with pride and said “This makes me feel very proud of the fact that women are finally able to sit at tables that were previously reserved for men.” That was all it took, and they were off, nattering and sharing their experiences of being a woman in a man’s world.

“I was working in Ruaha when a friend told me Asilia had an idea to start an all women-run camp in the Serengeti and I was so excited I sent my application off instantly,” Jonesia “Zawadi” Kazawadi shared with the group. “Luckily I was chosen and, after going through the Asilia training, I was given a full time position as a guide at Dunia. And here I am, super happy and growing with Asilia every day. I am now head guide!”

Over their combined 35 years at the company, these women have grasped every opportunity which has led to advancements in each of their careers. The poster woman for achievement must be Carly Thedvall, who began with Asilia 10 years in the finance department and is now our Group HR Director, one of only two female directors in the company and part of the executive team. “I am extremely proud of everything Asilia has achieved and I am personally very proud to be part of the exec team having worked my way up there after many years of commitment to the company.”

But that is not to say they have not had to overcome challenges. Rose Lawena, our sales manager in Arusha shared that “Sometimes people underestimate my ability since I am a woman, so I have to make sure that I prove them wrong by going that extra mile.” Fran added, “I don’t think I would have had to work as hard to gain the respect of staff if I were a man.”

“After Asilia opened Dunia, so many companies thought it was a bad idea. I would hear all the time how there was no way a group of women could manage without the help of men. But we proved them wrong,” winked Diana Mshanga, camp manager at Roho ya Selous, “In less than a year the camp had some of the highest service scores and best TripAdvisor reviews in the Serengeti.”

Kristien de Kock, our Group Sales Manager followed on to say, “Sometimes it’s a case of making sure your voice is heard, especially if it’s the only female voice around the table. And that voice is so important as women tend to come to things differently to men.”

What do women bring to the table?

Fran believes that “Women have a higher emotional intelligence and are able to empathise better with staff. This makes them easier to relate to and offers staff a more open environment to speak and be heard. A happy staff is a productive staff.” Rose added, “Women are better at multitasking than men and that makes us able to work well under pressure,” which everyone nods along to when Zawadi finally said, “…and we’re better, more careful drivers!” sending everyone into laughter.

What advice would you offer to young women and girls starting out in tourism?

Diana shared that girls should “Never give up,” followed by Kristien advising to “chip away at what you want to achieve and to never lose sight of your goals.” Finally, Zawadi believes that every girl should “follow their passion, even if it’s in a man’s world. Be confident, trust in yourself and shoot for success.”

Are you proud to be part of this great tribe of Asilian women?

Fran without hesitation replies “Oh yes, no other place in the world that I would rather be! Yes I am proud to be an Asilian. We talk with other women in management positions and encourage one another this has made me stronger and more confident.”

Celebrating all the magnificent women in the tourism industry, happy International Women’s Day.