Leopard vs cheetah: can you tell the difference?

How often do you mistake a leopard for a cheetah or vice versa? I’m sure we’ve all made this mistake once or twice. While they are both big cats, leopards and cheetahs are very different from each other with distinct differences.

Cheetahs are immediately identifiable by their black “tear” line which runs down their face. This line runs from the inside of the eye down towards the mouth of the cheetah. It is commonly said that these marks help reflect the glare of the sun while hunting during the day - but in fact that is just a myth.

While cheetah prefer to hunt in the day, leopards usually hunt at night (but will also occasionally hunt in the day if an opportunity presents itself).  Leopards have a large number of light-sensitive cells in their eyes that detect less colour but allow them to detect movement and shape easily in the dark, giving them an advantage. The large pupil of the leopard’s eyes allows abundant light to enter, making it possible to see at night when they hunt for their prey.

The most common difference between these two animals is the patterns on their coat. At first glance, it may look like they both have spots, but in actual fact, a leopard has rosettes which are rose-like markings, and cheetahs have a solid round or oval spot shape. 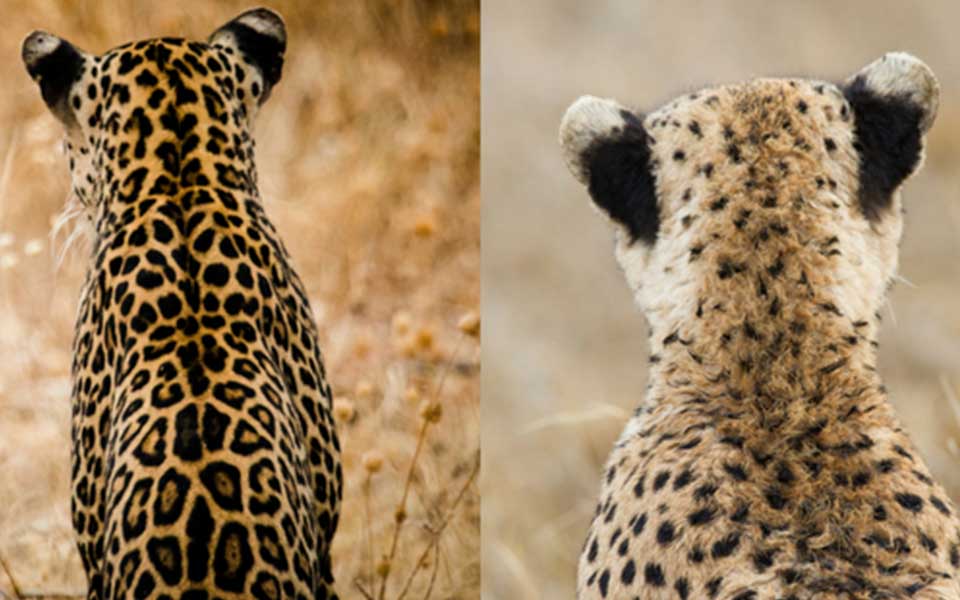 Cheetahs are the fastest land animals. They can reach speeds of up to 120 km/h (75 mph) and have the ability to accelerate from 0 to 103 km/h (64 mph) in three seconds - faster than most sports cars. When chasing down prey at top speed, cheetahs make use of their long tails to counterbalance themselves; in doing so have the ability to change direction very quickly while on the hunt.

Leopards, on the other hand, only reach a top speed of about 58 km/h (37 mph), but what they lack in speed they make up for with other abilities. They have retractable claws which allow them to be the superb climbers that they are. They are extremely good swimmers, too.

Leopards are the shortest of the big cats, although they are strong and bulky - strong enough to pull their prey up trees in order to protect their meal.  Cheetah are much lighter and taller, which contributes to their ability to run as quickly as they do.  In the wild, a leopard will chase off any cheetahs that approach its territory.

Leopards do not have a specific birthing season. The gestation period for leopards is between 90 and 105 days. Leopard females typically give birth to two cubs, although litters can number up to six cubs. These cubs are born with a dull grey coat and not the distinctive rose-like spots. 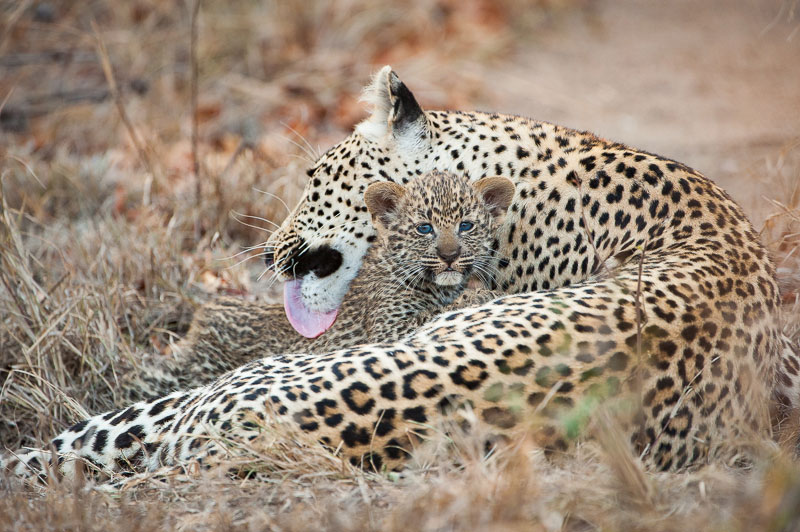 Cheetah females have a gestation period of 90 – 98 days and typically give birth to a litter of three to four cubs, but this can vary.  For example, 'super mum Mamma Sita' who lives near Namiri Plains has gained a reputation not only raising her cubs to maturity with a high success rate, but also for adopting a cub from another cheetah. 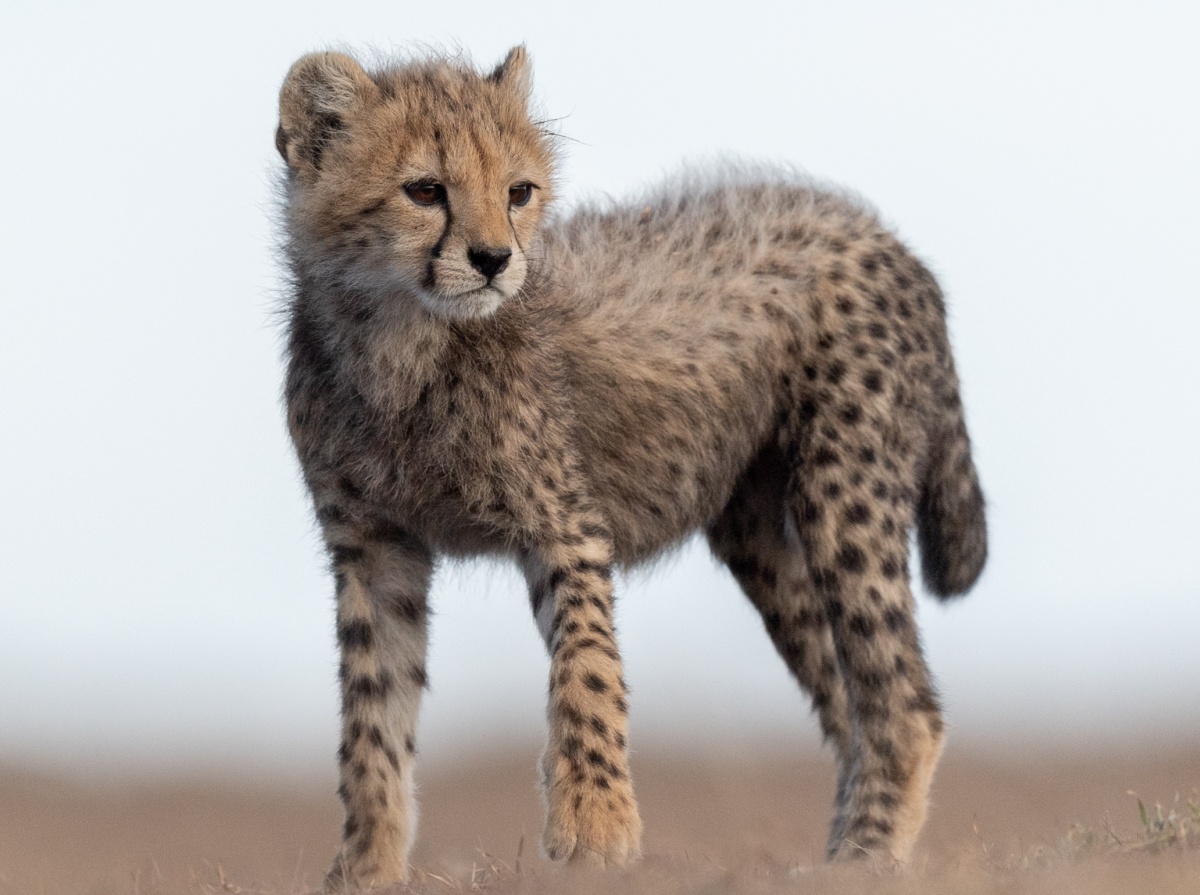 Both leopards and cheetah cubs are born completely blind, however, they develop rapidly and within 10 days their eyes have opened.

Of course, all of Asilia’s camps – strategically situated in remote and pristine locations across East Africa – are hot spots for world-class big cat viewings. In fact, many famous cats from the region have starred in National Geographic documentaries through the years.

We would love to welcome you and your family on safari with us. Get in touch with your usual travel agent or make an enquiry with us below.

Want to see cheetah, leopard and lions in the wild?