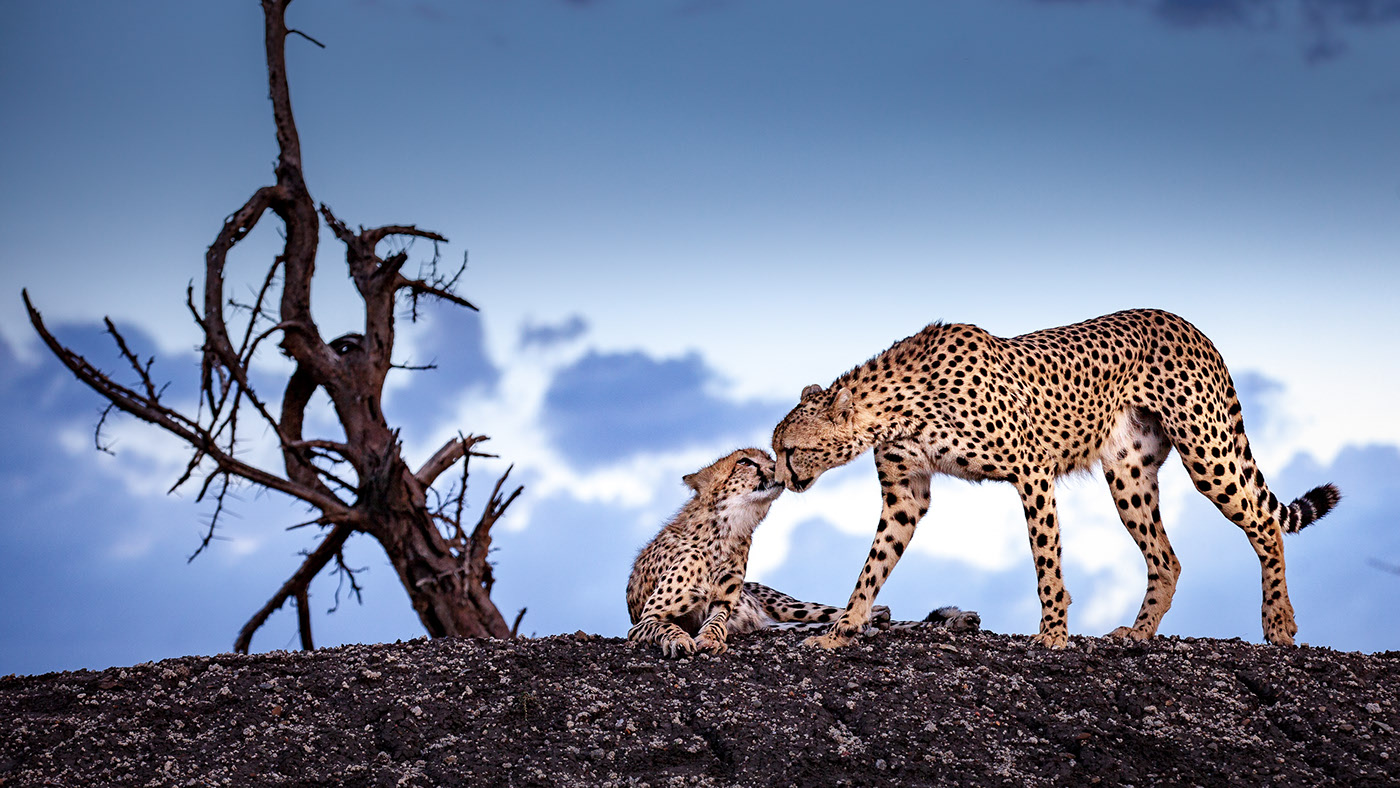 This secluded area of the eastern Serengeti is a haven for big cats. For 20 years, the grasslands surrounding Namiri Plains were closed off to people and tourism, this was done to encourage and support the growth of declining cheetah populations. This decisive action led to the plains now being known as a haven for cheetah. These fast felines roam the plains freely and are thriving.

Many other big cats frequent the area too, both lion and leopard are often seen lounging on rocky kopjes, keeping their eyes fixed firmly on the grasslands and waiting for their next meal. One other feature of the area that makes it so appealing to these cats are the underground pockets of permanent water sources that derive from the Ngare Nanyuki underground river. These small pockets of water can be found in the area throughout the year which means that there are high concentrations of resident plains game which are found here at any time of the year – something these predators seriously love, it’s what keeps them coming back and hanging around the plains for such long periods of time.

If you weren’t already sold on the fact that Namiri Plains is the ideal location to spot big cats, we want to share a few of our favourite feline stories which are sure to convince you to spend a few nights with us and spend time with these exceptional creatures. Have a look at some of our stories here:

Embodying the same values that guests have come to love while still retaining the same excellent staff and guiding that the camp is well-known for. The upgraded camp boasts remarkably improved accommodation and an exceptionally enhanced guest in-camp experience.

We would love to welcome you and have you explore this incredible corner of the Serengeti with us. The rooms are much larger and feature expansive views from their decks as well as unmatched privacy. Namiri Plains flaunts an information centre, pool, spa, and many more enticing inclusions making this the perfect destination for any safari lover.