Our five favourite things about Selous

The Selous Game Reserve in southern Tanzania is quite unlike its more famous counterparts in the north – you won’t find the vast open savannah of the Serengeti here, nor the colourful red shukas of the Maasai in the foothills of Ngorongoro. The Selous has plenty of its own charms, though, as the more intrepid travellers who have ventured here will attest to. It’s home to our Roho ya Selous, which opened in August 2017, and if you needed more convincing as to why you should visit, here are five good reasons.

Safari connoisseurs hold wild dogs, or African hunting dog, in the highest regard – and yet to the average traveller they may not have even heard of these impressive predators, thinking that perhaps a lion is going to be the top of their must-see list. Little do they know! The Selous is home to Africa’s largest population of these impressive canines, and we’ve been lucky enough to see them on game-drives here, at times with puppies whose play-fights provided no end of entertainment. Of course because they have such huge ranges it’s hard to guarantee you’ll see them but we think that makes a sighting all the more rewarding if you do. 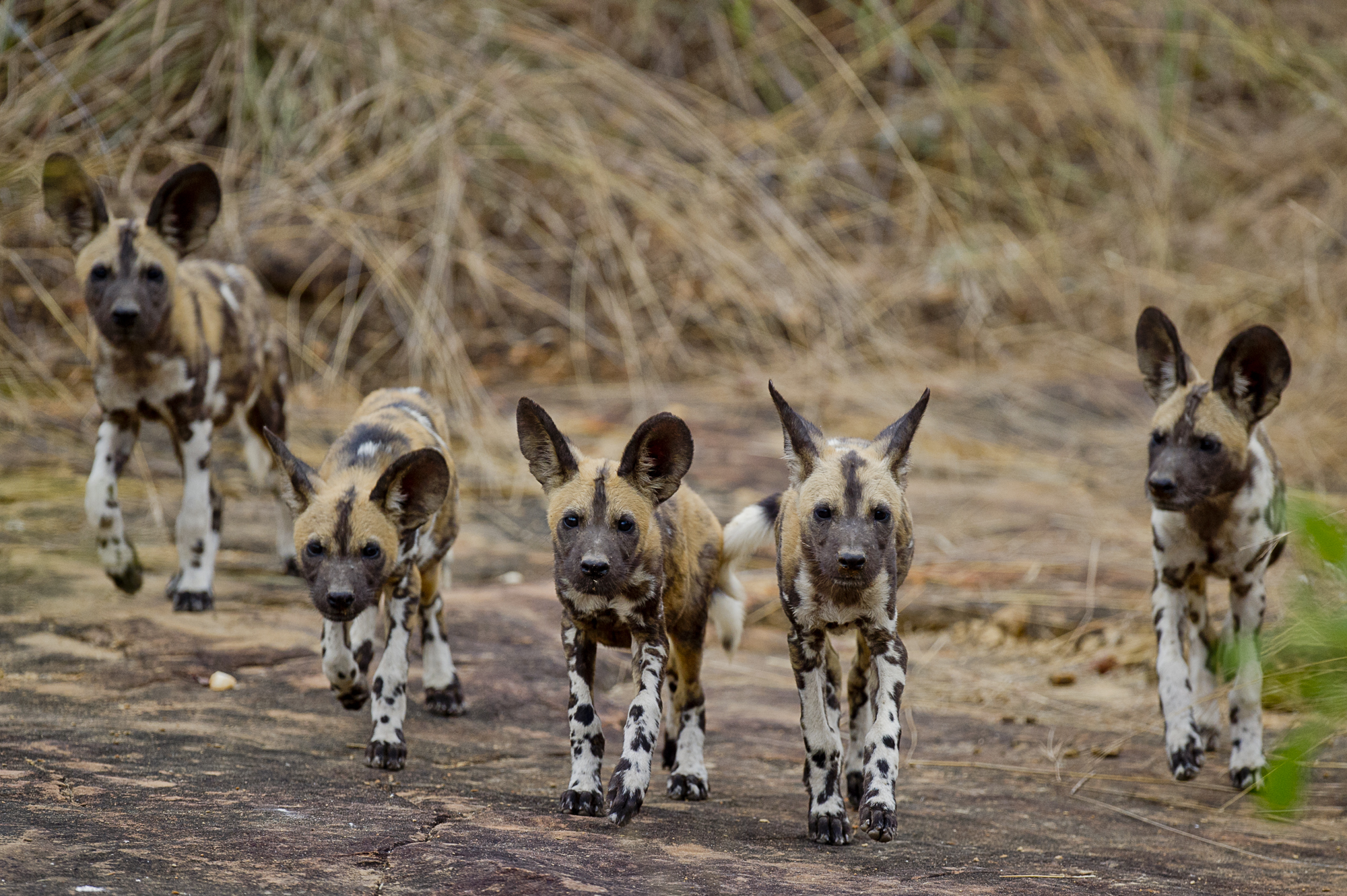 It floats our boat

The waterways of the Selous really add to the safari experience, and getting out in a boat to get right up close to the hippos, crocodiles and nesting birdlife is one of our favourite things about a safari here. Mix that with exploring the reserve on foot with expert guides on a walking safari, as well as game-drives and you have a really diverse, and active safari. Forget any fears about a safari being all about rattling around in the back of a vehicle and imagine floating up close to a riverbank covered in crocs, or encountering a herd of elephants when out on foot and you’ll start to see what’s so exciting about a safari here.

Get away from the crowds

If you’ve ever been lucky enough to be the only vehicle to come across some wildlife on safari – whether it’s a pride of lions with cubs or that leopard that you’ve been searching for days on end for – you won’t soon forget it. The very act of being the ones to discover a sighting is part of the thrill of being on safari. And being the only people there, rather than one of many vehicles jostling for the best view, really heightens the sense of remoteness and exploration. One of the real beauties of the Selous is the lack of large lodges, and the lack of drive-in safari vehicles, meaning there are only a handful of visitors here on safari at any one time, and they tend to spread themselves out. This means far greater chances of having that unique safari moment just to yourself, which in our experience makes all the difference!

We’re truly spoilt for incredible vistas across all of our properties, but there’s something really special about a sunset in the Selous Game Reserve. From the reflections of the firey-coloured skies in the lakes and rivers, to the silhouettes of the palm trees towering high into the sky, it’s hard to be anything other than awe-inspired as you watch the sun fall below the horizon here. 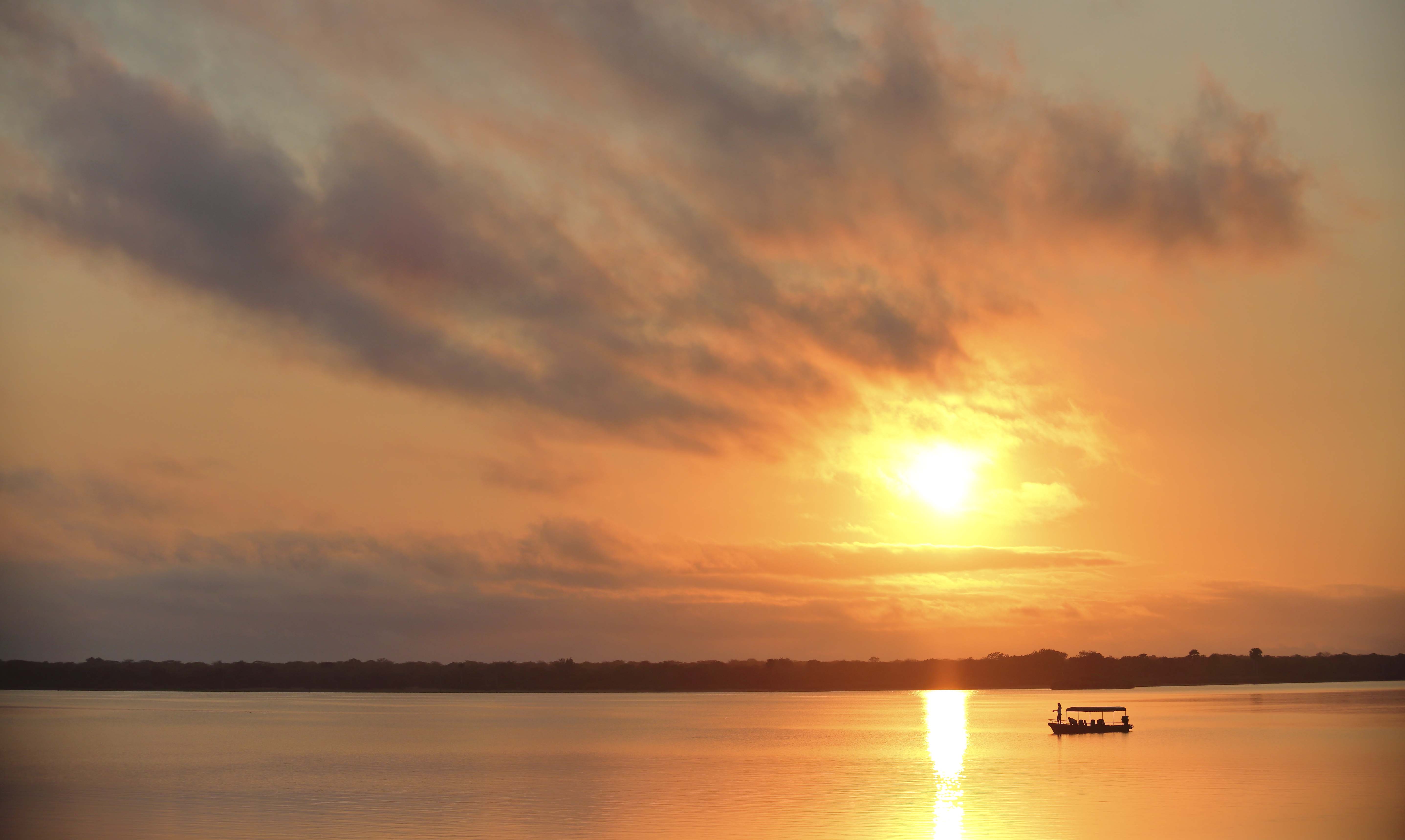 It sounds obvious, doesn’t it – but the easier it is to reach your safari destination the less time you spend on a plane or in a car getting there. The Selous is just a 45-minute flight on a light aircraft from Dar Es Salaam (but feels a whole world away), so before you can read a chapter of a book, you’re right in the heart of this beautiful reserve and on a game-drive. Anything that maximises time in a wild place like this is fine with us!

So now that we have sold you on Selous, get in touch with your usual tour operator or send an enquiry and join us in this magical part of Africa!