Rhino once roamed the African continent and during the 1960s, Kenya was home to an estimated 20 000 black rhinos. In the last decade, an estimated 8 889 African rhinos have been lost to poaching. 2013 was the worst year for poaching in Kenya when more than 5% of the national population were killed.

Where to see wild rhino in Kenya:

Home to our Ol Pejeta Bush Camp, the region is a beacon of sustainability and East Africa’s largest black rhino sanctuary. The conservancy prides itself in safeguarding the critically endangered species. Home to over 100 critically endangered black rhino who live on the land along with 20 southern white rhinos., Ol Pejeta is a sanctuary for Najin and Fatu, the two last remaining northern white rhinos on the planet. However, neither of them can reproduce due to their age. In August 2019 a pioneering egg harvesting procedure was carried out in the Ol Pejeta Conservancy, fuelling hope for the survival of the species. 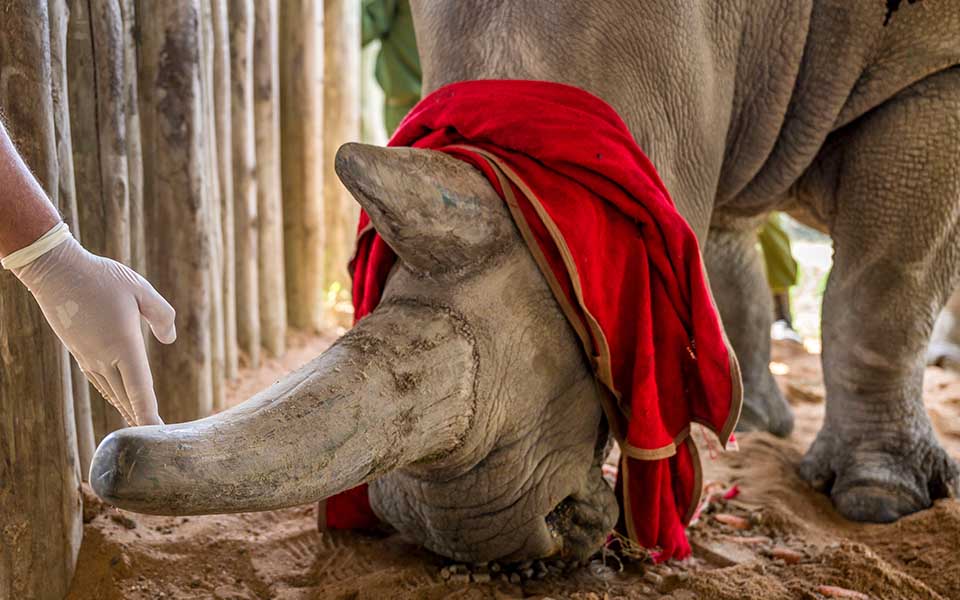 The 360km² land offers a wide range of habitat from grasslands, bushland and riverine. Due to the diversity of the Laikipia region has the richest diversity of wildlife in Kenya, including the Big Five, outside of the Masai Mara. Visitors to Ol Pejeta Conservancy are spoiled for choice with unique wildlife activities.

The Lewa Wildlife Conservancy was founded in 1983 to provide a haven for rhinos. The rhino population has grown from 15 to 169 rhinos, which currently makes up 14% of Kenya’s rhino population.

You can choose from nine different accommodation establishments within the Lewa Conservancy. Accommodation ranges from luxury, adventure and even culture, but they all promise an unforgettable safari experience. Do not miss out on the chance to visit Lewa’s Orphan Rhino project!

Both Ol Pejeta and Lewa Conservancy have used conservation and low-impact tourism as a platform to protect and grow vulnerable wildlife species.

Located on the south-western outskirts of Kenya, Nairobi National Park is home to more than 50 black rhinos. The park’s success in protecting and successfully breeding black rhino has earned the name Kifaru (meaning Rhino in Swahili) Ark. National National Park is one of Africa’s smallest, has a variety of wildlife that can sometimes be viewed with Nairobi’s skyscrapers or planes coming in for a landing.

Where to see wild rhino in Tanzania:

The Ngorongoro Conservation Area (NCA) offers some of the richest wildlife experiences on the African content and a UNESCO World Heritage site. The region’s name is derived from the Ngorongoro Crater, the world’s largest inactive and unfilled caldera The area is home to over 25 000 large animals and various bird species. While rhinos aren’t listed as the top animal sighted in the region, sightings of black rhino hiding among the fever trees are quite common. 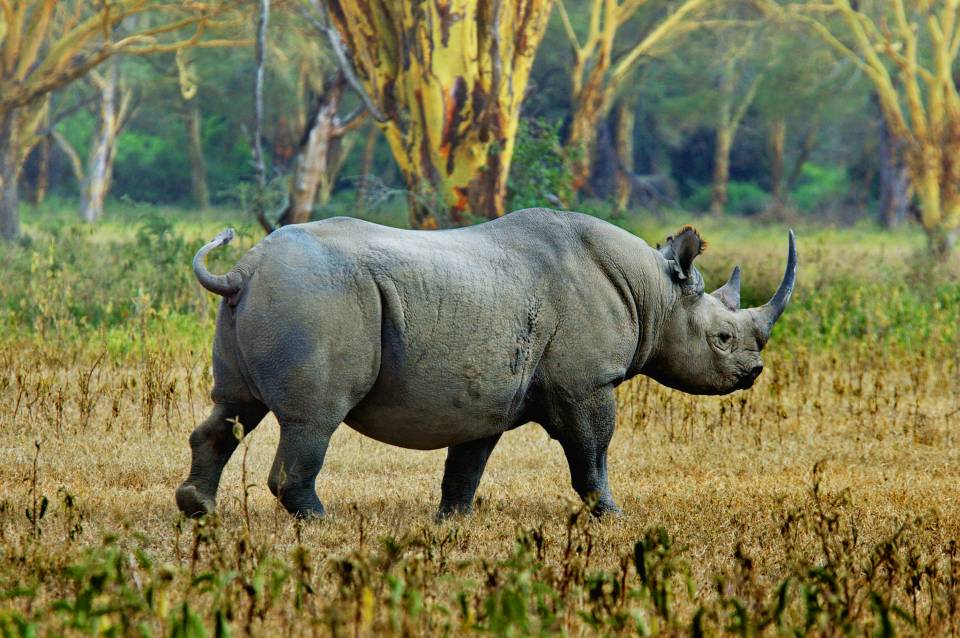 15 000km² of vast rolling plains stretching as far as the eye can see, the Serengeti National Park is the ‘quintessential Africa’. Wildlife viewing in the Serengeti is spectacular all year round and offers a classic Big Five experience. In theCentral Seronera Region, the heart of the Serengeti and Eastern Serengeti, you have the best chance at spotting rhinos.

Dunia Camp is located in Central Serengeti and offers easy access to the scenic Moru Kopjes and exceptional sightings of rhino that roam the forests on the fringes of the Seronera River.