Ruaha National Park covers an area of 20226km² and is situated in southern-central Tanzania close to Iringa, a city overlooking the Ruaha River Valley.

Ruaha is more remote and relatively unknown when compared to some of the other more popular safari destinations, which has the wonderful benefit of limiting visitor numbers to mostly only serious safari enthusiasts. While the park is not known to many tourists, it is one of Tanzania’s largest national parks, and part of an extensive ecosystem which includes other parks such as Rungwa and Usangu. Two distinct vegetation zones of Eastern and Southern Africa are visible in the park: in some areas, the miombo woodlands, typical of Zambia are dominant, while in other areas the striking savanna of Kenya and Tanzania is noticeable. 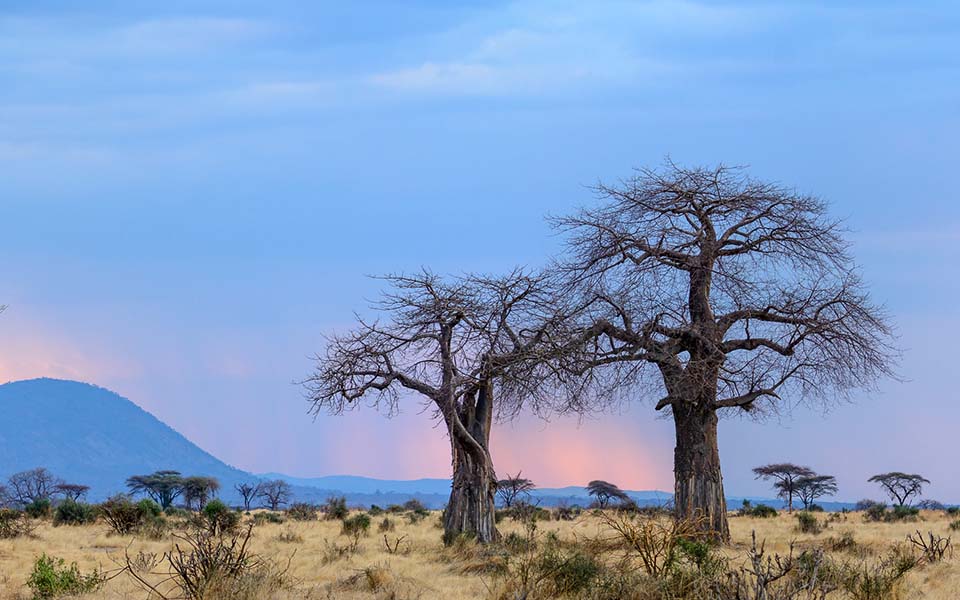 The scope of wildlife in Ruaha is extraordinary, with 80 animal species, a checklist of 574 recorded birds species and 10% of the world’s lion population calling this region home.

Birding is great all year round, however, for avid birders, we recommend a visit from September to May, when you will have the opportunity to spot the migratory bird species.Leopard can often be found in the thicker woodland while lion and cheetah roam freely on the open plains. The elusive African wild dog can be found here, and black-backed jackal and hyena both have strong populations too. Also commonly seen in the area are buffalo, zebra, giraffe, greater and lesser kudu, Lichtenstein’s hartebeest, waterbuck, bushbuck and impala. 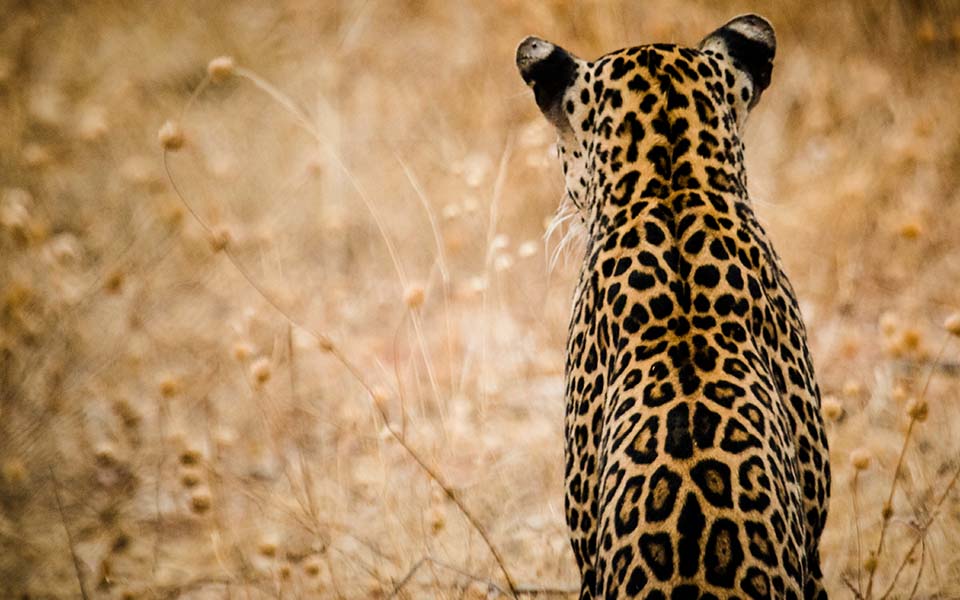 Guided game drives are available twice a day. If you would like to maximise your game-viewing time, take a delicious packed breakfast or lunch picnic with you to enjoy in the shade of a tree. In the evening, sip a cold gin & tonic in the heart of the bush as the sun sinks below the horizon.

When the sun descends, the elusive night animals, from big cats to smaller mammals, come out to play. Explore the secrets of these shy creatures on a night game drive.

A walking safari is one of the most intimate ways to experience the bush and can be enjoyed with one of Asilia’s experienced armed guides and local trackers. Eye-to-eye with the wildlife, your senses are heightened and the sights, sounds and smells of the bush come alive. 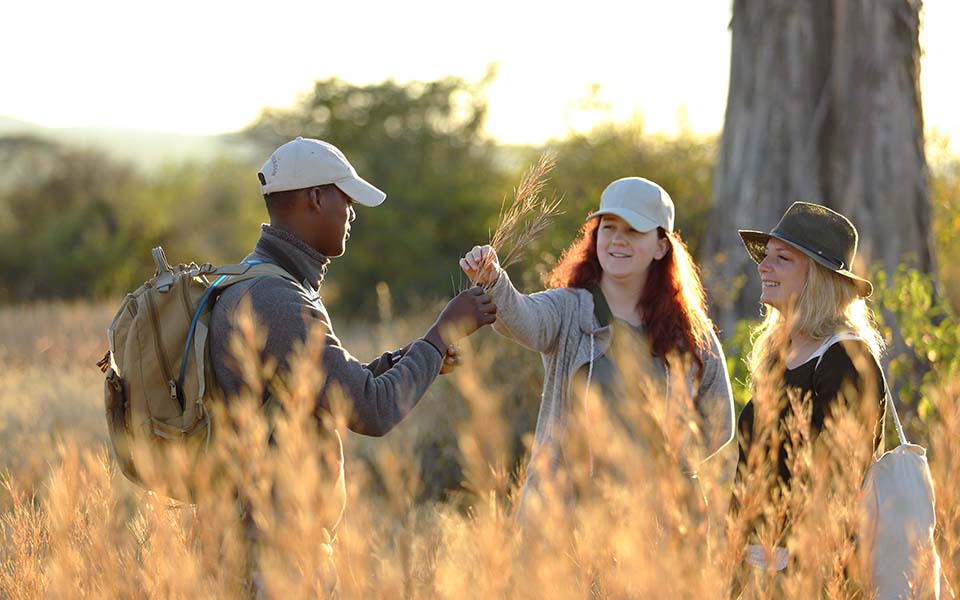 Kwihala is set deep in the bush on a hillside with magnificent views of the park. The location is one of the best in Ruaha: it is close to the Mwagusi Sand River in the Mwagusi Valley, where game congregates year-round, yet far enough from other camps to remain undisturbed. This beautiful area at the core of the park is famed for its rich game viewing and very rare sightings of other safari vehicles.

Kwihala double tent, with viewing area from the room, looking onto the Mwagusi river.

Jabali Ridge is set on and around a prominent kopje, with views all the way to the Mwagusi River. The location ensures that game drives start as soon as the vehicle leaves camp, taking guests straight into one of the prime wildlife areas of Ruaha National Park.

Set around three majestic baobabs, Jabali Private House sits in the shadow of a prominent kopje, the home to Jabali Ridge. 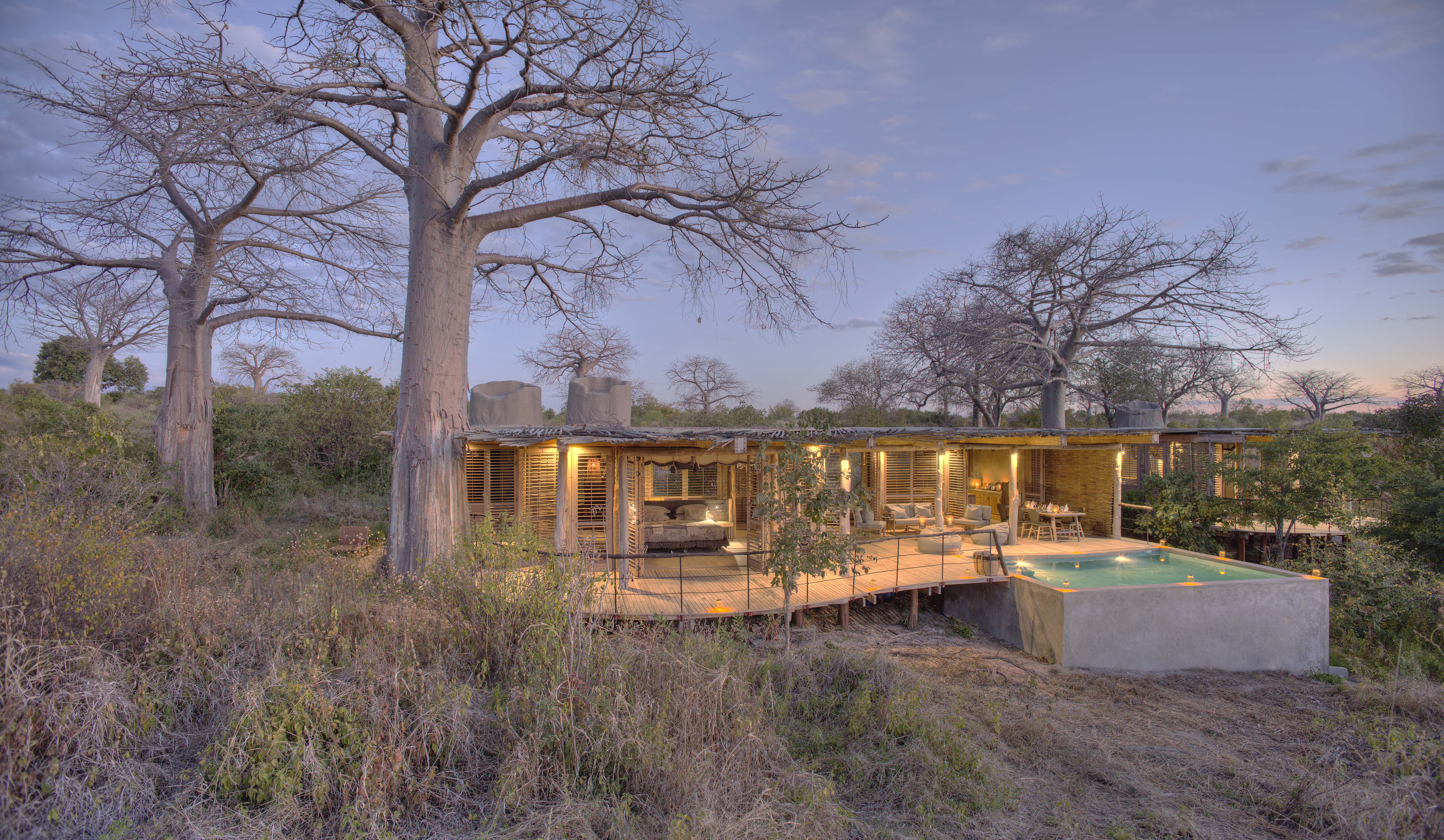 To visit Ruaha, you have a choice of 2 transport options. You can book a flight or alternatively travel by road. The park’s airstrips are located at Jongomero and Msembe.

Ruaha National Park offers a truly rewarding wilderness experience in a compelling African bush environment. If you would like to come and stay with us in Ruaha, make an enquiry below or get in touch with your usual travel agent.