An amphibious antelope? It doesn’t sound true – but it is!

The sitatunga is a buck which lives in swampy, marshy, areas that have thick vegetation. It is the only antelope in the entire world that is amphibious, so seeing them is something truly special.

Rubondo Island Camp is lucky enough to have resident sitatunga that frequent the camp on a daily basis and have become quite comfortable, even stopping by for a drink of water from our pool from time to time! 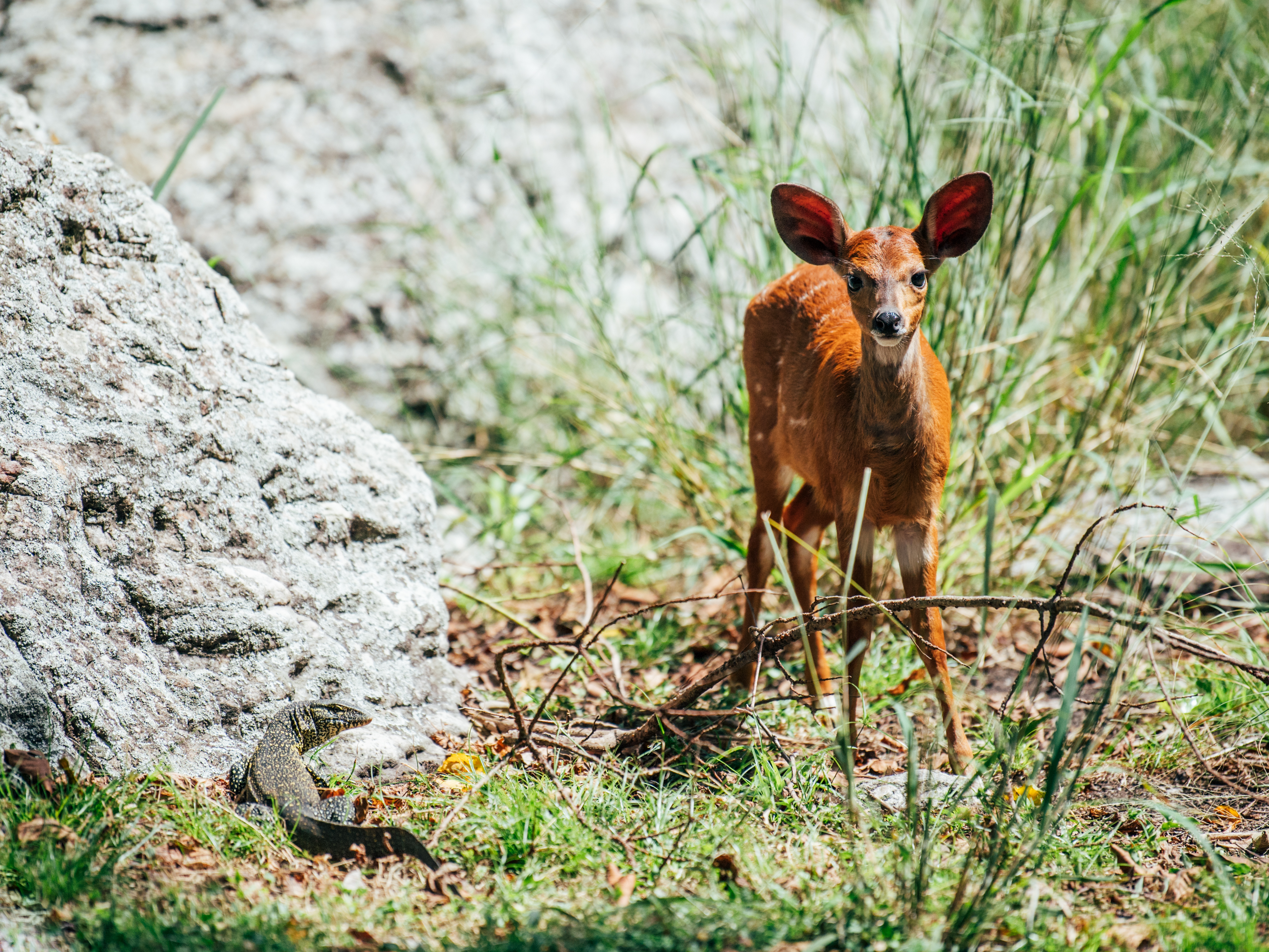 The sitatunga is Africa’s only truly amphibious antelope. It’s distinguishing factor is its long, splayed hooves – when a sitatunga finds itself on firm terrain, these hooves mean they’re clumsy and vulnerable but when in their usual habitat of muddy, swampy areas, they are perfectly adapted and agile!

The sitatunga’s shaggy, oily coat is another adaptation to an aquatic habitat. The males’ coats are grayish-brown, while the females’ are a reddish-chocolate brown, with six to eight vertical white stripes on the body. Males are also considerably larger than females and, unlike the females, have long, twisting horns that can reach 35 inches in length. 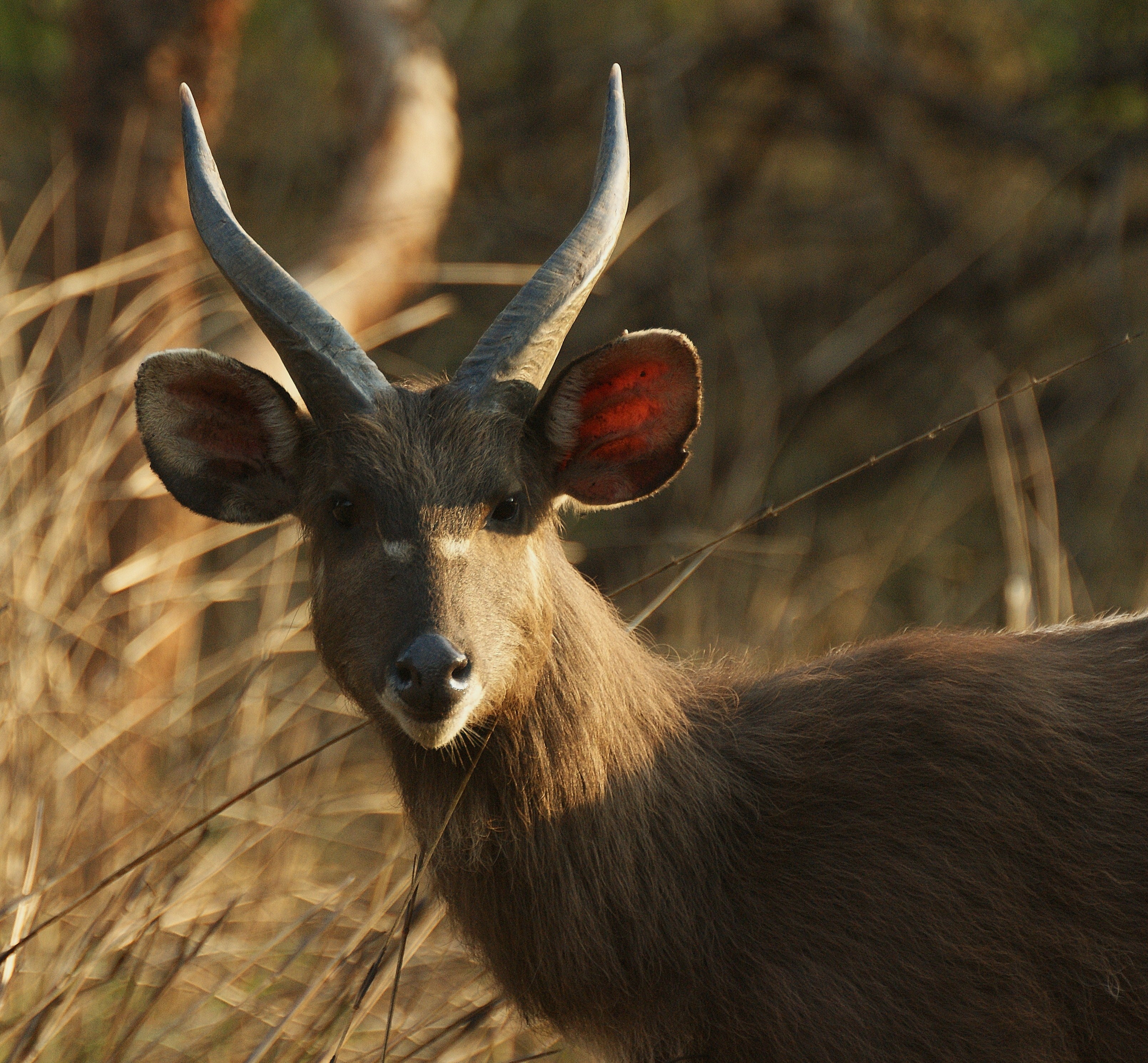 The sitatunga is one of the best swimmers among antelope species. They submerge their entire bodies when swimming so that only their nose and eyes poke out of the water – it is quite a funny sight to see! One you may be lucky enough to spot while spending time at Rubondo Island Camp. This is also their way of hiding from predators – as soon as they feel threatened they head to the water to hide.

The sitatunga does not have a large home range – they can usually find all the food they need in the swampy areas they call home which means that the sitatunga of Rubondo Island hang around the camp area most of the time.

Join Us At Rubondo Island Camp

Rubondo Island Campis the only lodge on Rubondo Island. This small and exclusive camp consists of just eight waterfront cottages – all built by hand using traditional skills and local materials – that blend seamlessly into the verdant landscape. 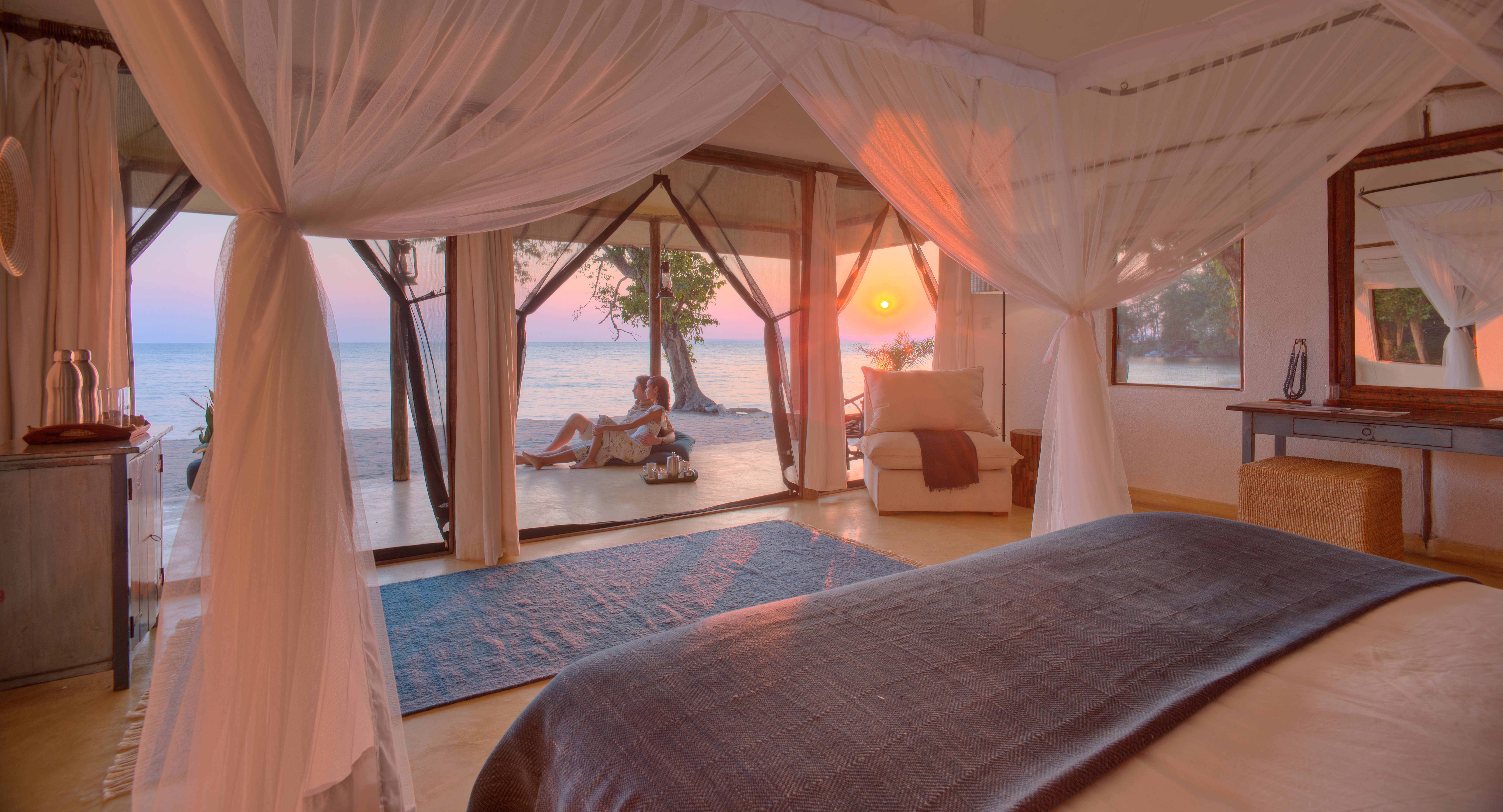 Exquisite views from your room at Rubondo Island Camp.

Journey with us to Rubondo and spend a few days with us, head out with a ranger, trekking into the forest towards the latest area the chimps had been spotted. When you come across them, you’ll never want to leave – enjoy your time spent with our wonderful chimps, it truly is something to be treasured!