On the 19th of March 2018, we lost the last male northern white rhino and the world mourned.Sudan, the 45-year old gentle giant, was euthanized after his health had dramatically declined following a severe leg infection. Sudan’s last moments were spent at his home in the Ol Pejeta Conservancy in Kenya with all of his closest and dearest minders and carers close by. 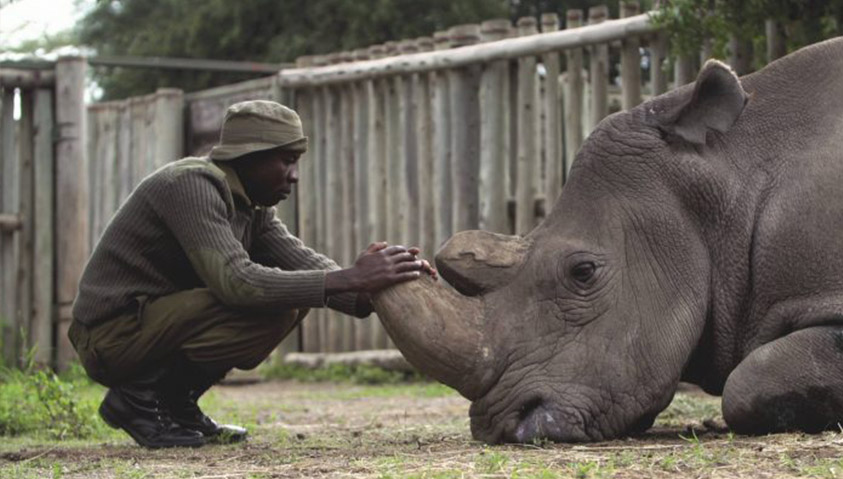 Sudan with one of his closest companions, James Mwenda. Photo credits: SA People

On the 31st of March, a heart-warming memorial service was held to celebrate the life of Sudan. The ceremony began with the Kenyan national anthem, followed by a touching poem, as well as a minute of silence to say farewell to Sudan. A carrot, Sudan’s favourite treat, was placed on his memorial plaque as well.

One of Sudan’s most beloved carers had the most touching tribute to his old friend. James Mwenda has a lot to say about his time with Sudan, a very special rhino who touched his heart and became a huge part of his life.

“Goodbye Sudan, I don’t need to say it here that I loved you, you know it well from all the talks and the moments we had together, being with you for the last fewyears completely changed me, and as you taught me daily I continued to teach and inspire my fellow humans to be conscious and sensitive of our environment. I promised to be your voice (I ain’t sure whether I duly and diligently fulfilled that) but I did my best.” – James Mwenda 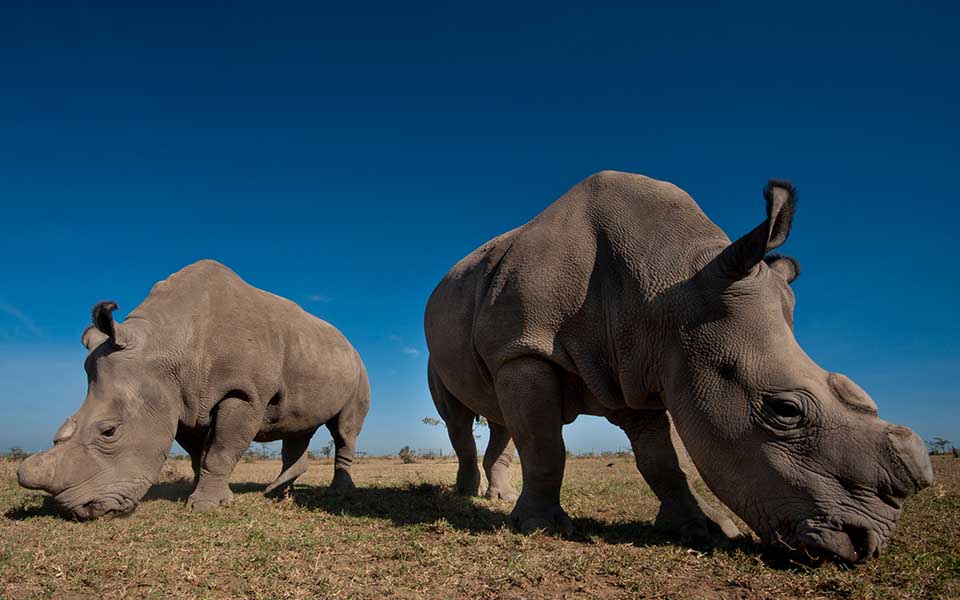 Sudan’s passing has left only two northern white rhinos alive in the world, both of them females. The two ladies are his daughter Najin and granddaughter Fatu, who also live on Ol Pejeta. This means that the hope of Sudan reproducing naturally never came to life and now efforts are being made to reproduce northern white rhinos using advanced cellular technologies and the genetic material that was collected from Sudan after his passing.

Efforts were made last year to help raise awareness for theWorld’s Most Eligible Bachelor.The campaign also aimed to raise funds that will support ongoing research into Assisted Reproductive Techniques (ART). Once perfected, this technology, and in particular, in vitro fertilization (IVF), will hopefully result in successful pregnancies and ultimately build a viable population of northern white rhinos once again.The possibility of creating a hybrid rhino species by breeding with the genetically similar southern white rhino is also on the cards if ART and IVF treatments prove to be unsuccessful.

The loss of Sudan, while terribly sad, provides a chance to get his important message to reach even more people around the world.

“Fare thee well Sudan. You have done your work to highlight the plight of rhino species across the world; now the onus is on us to ensure that rhino populations thrive across our planet.” Ol Pejeta Conservancy