“After the elephant and rhinoceros, the common hippopotamus is the third-largest type of land mammal and the heaviest extant artiodactyl. Despite their physical resemblance to pigs and other terrestrial even-toed ungulates, the closest living relatives of the Hippopotamidae are cetaceans (whales, porpoises, etc.) from which they diverged about 55 million years ago. The common ancestor of whales and hippos split from other even-toed ungulates around 60 million years ago. The earliest known hippopotamus fossils, belonging to the genus Kenyapotamus in Africa, date to around 16 million years ago.” Wikipedia The common hippopotamus is semiaquatic, inhabiting rivers, lakes and mangrove swamps, where territorial bulls preside over a stretch of river and groups of five to thirty females and young. During the day, they remain cool by staying in the water or mud; reproduction and childbirth both occur in water. They emerge at dusk to graze on grasses. While hippopotamuses rest near each other in the water, grazing is a solitary activity, and hippos are not territorial on land.

Although these fascinating “river horses” are not social animals except the bonds formed by mothers and daughters, I had a great time bonding with these magnificent creatures during my last visit to the north of the Rufiji River in southern parts of Tanzania. Here lies one of the largest faunal reserves in the world, The Selous Game Reserve. Named after Englishman Sir Frederick Selous, a famous big game hunter and early conservationist who died at Beho Beho in this territory in 1917 while fighting against the Germans during World War I.

Habitats of Selous include grasslands, Acacia savanna, wetlands and extensive Miombo woodlands, making it a perfect playground for beautiful birds, water creatures and large densities of mammals. As the elephants acquire big parts of the land, the hippo’s take over the water – it is hard to miss a chance to see a hippo in the Selous. Hippopotamus coexist with a variety of formidable predators. Nile crocodile, lion and spotted hyena are known to prey on young hippos. However, due to their aggression and size, adult hippopotamus are not usually preyed upon by other animals. Cases where large lion prides, or cooperating groups of Nile crocodile, have successfully preyed on adult hippopotamus have been reported; however, this predation is exceptionally rare. Ever since Obaysch inspired the “Hippopotamus Polka”, hippos have been popular animals in Western culture for their rotund appearance that many consider comical. But make no mistake, this cute looking mammal can be very aggressive to interactions with other animals and humans.

Selous is without a doubt one of the best places to see many hippo whilst visiting Tanzania. More interestingly, Asilia Africa will be operating in the Selous come August 2017 with a fresh new design but the same intimate and authentic style of safari. I am very blessed to be sure I’ll be there. Are you?

Join us in Selous at our newest camp – Roho ya Selous. 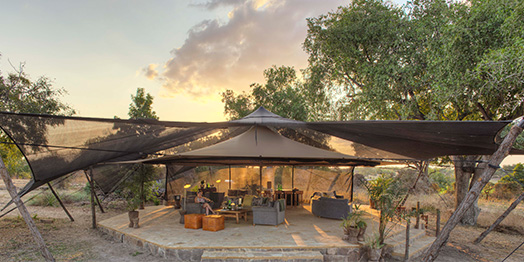 The post The River Horse appeared first on Asilia Africa.