The Super Prides of the Serengeti

What is a Super Pride of Lion?

A Super Pride of lion has 15 or more members, with at least 5-6 males ruling the pride. Few lion prides reach Super Pride status and only a handful have been documented as existing in Africa. The phenomenon requires the right conditions, such as enough territory and lots of prey. 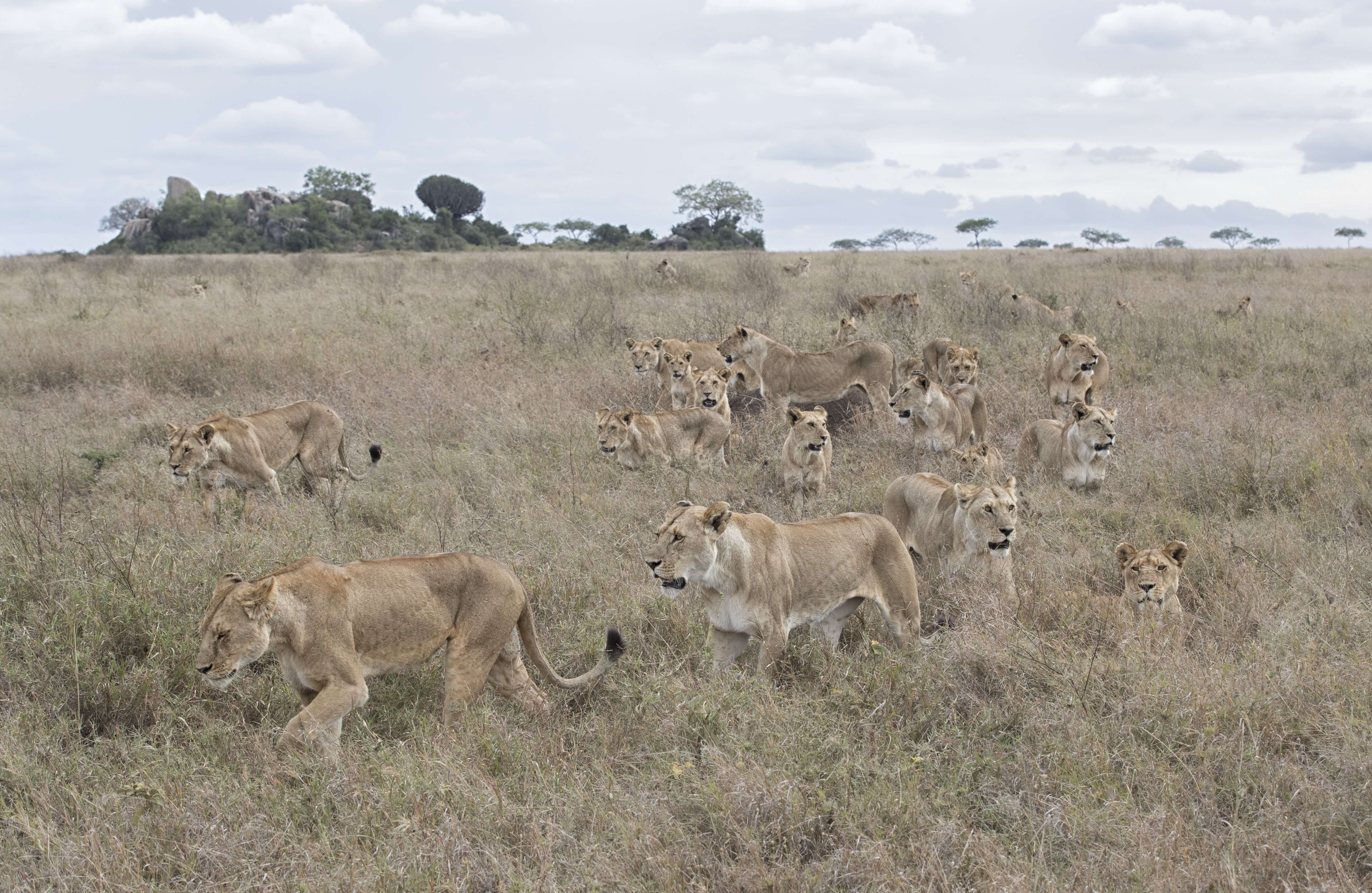 How big can a Super Pride get?

Over the past five years, we have been fortunate enough to have had two Super Prides close to our camps in the central Serengeti, namely Namiri Plains and Dunia.

We have seen Super Prides of between 24 – 43 lion. Guests Chris and Monique Fallows witnessed the Super Pride of 43 Lion close to Dunia, and captured this spectacular moment as seen in the image above.

The Super Pride of Namiri was run by six males called Wauwaji (The Killers). They split their time between the pride of Namiri (24 lion) based closed to Namiri Plains and the pride of Kibumbu (32 Lion) 15 km west of the camp closer toward Seronera — making the Super Pride a staggering 62 members big! Although the Namiri and Kibumbu prides would never mix socially, it was still a huge amount of family members to be looked after by the six head honchos.

Why does a Super Pride form?

A Super Pride forms out of the necessity for survival, protection, and ownership of territory. Once formed their ultimate goal is to keep their cubs alive to maturity. The greatest threat to a lion cub is that of another lion. It therefore benefits the group to have as many eyes and ears available to protect them.

How often does a Super Pride need to eat?

The average pride needs to hunt every three to four days. With a Super Pride, they hunt every day or two preying on larger animals. The Wauwaji favoured killing huge buffalo and eland often within a stone’s throw of the camp.

What happened to the Super Pride of Namiri Plains?

Late in 2018, the Wauwaji disappeared. We are not sure why, but we believe that they moved northwest of Namiri Plains camp. Now, the Namiri pride is much smaller but is still a very respectable size of 15 lion run by two older male lion known as the Grumpy Men. The pride of six females, the Grumpy Men, and their numerous cubs and young adolescents spend a lot of their time in front of our camp Namiri Plains, as can be seen in the photos below. 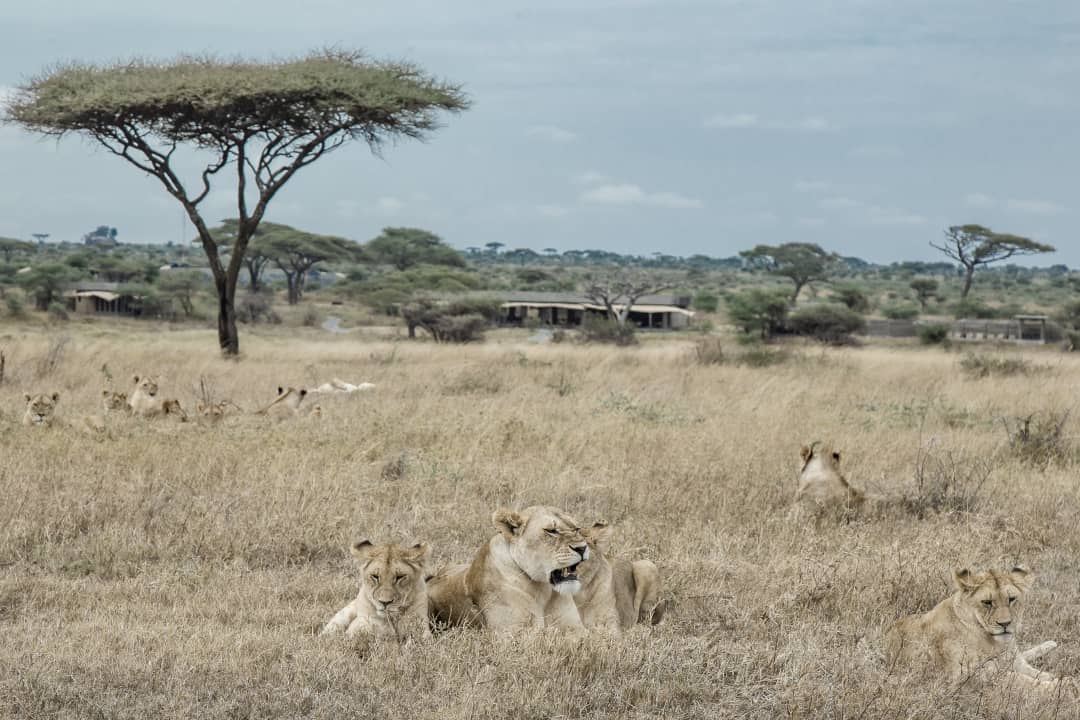 Kibumbu tribe split into two smaller prides. Punda is run by two younger males that are about 7-8 years old, there are six females and 10 sub-adult cubs. The remaining 20 members of the Kibumbu tribe are run by Bob Junior — the son of the infamous Bob from the duo Bob and Ziggy. Although the pride is over 15 members big, it is not technically a Super Pride, as it doesn't have 5-6 males ruling it. 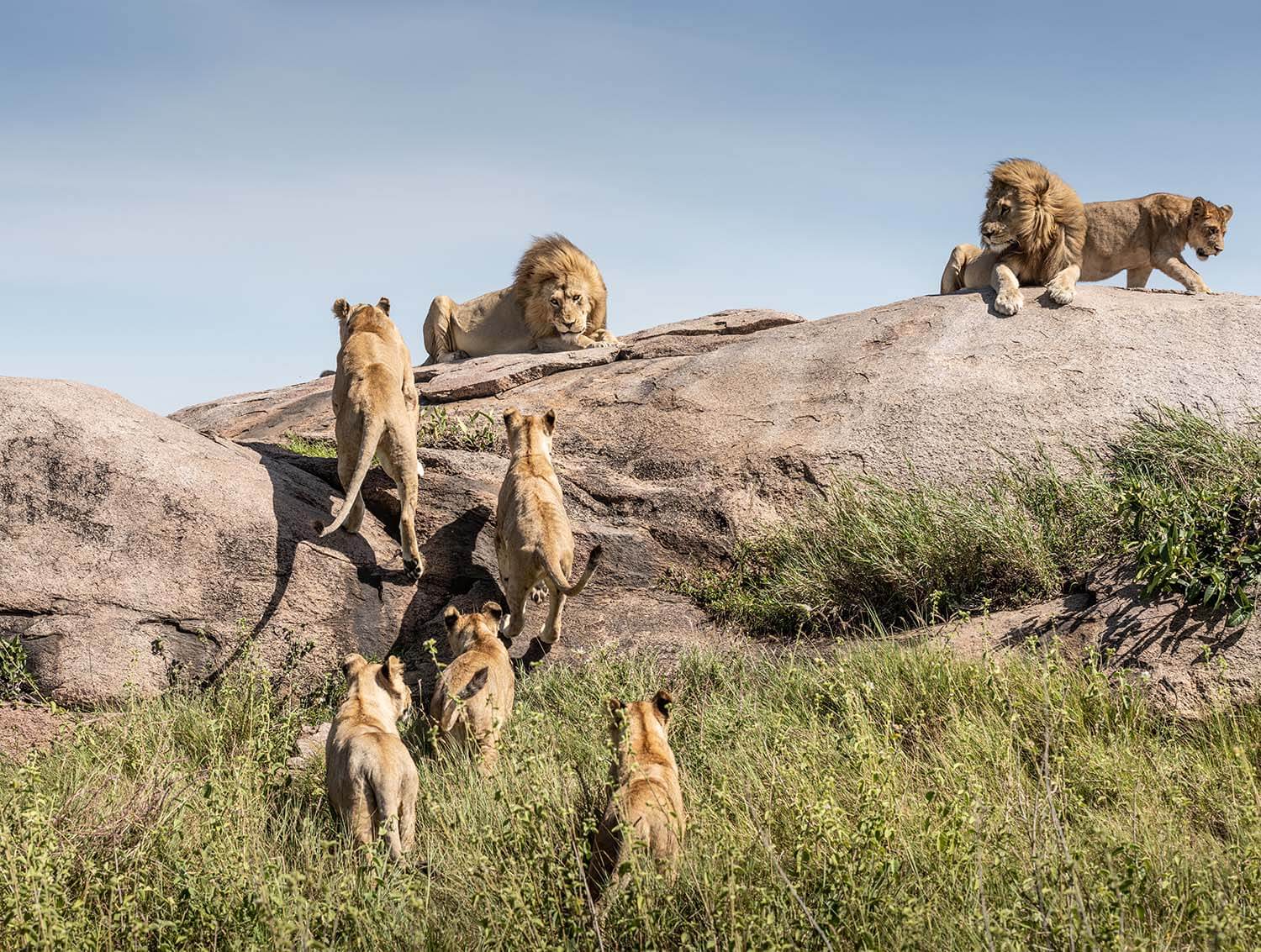 Bob Junior has until recently had been running Kibumbu on his own, but as of late he has let a nomadic lion join his pride. Joining a pride is no easy feat. As the outsider, a nomadic male has to take his time introducing himself to a new pride. Many fights take place between him and the king of the pride, and eventually, the lone male will be allowed to eat with the leader. When he has finally made it into the pride, the ruler will allow for grooming to take place. 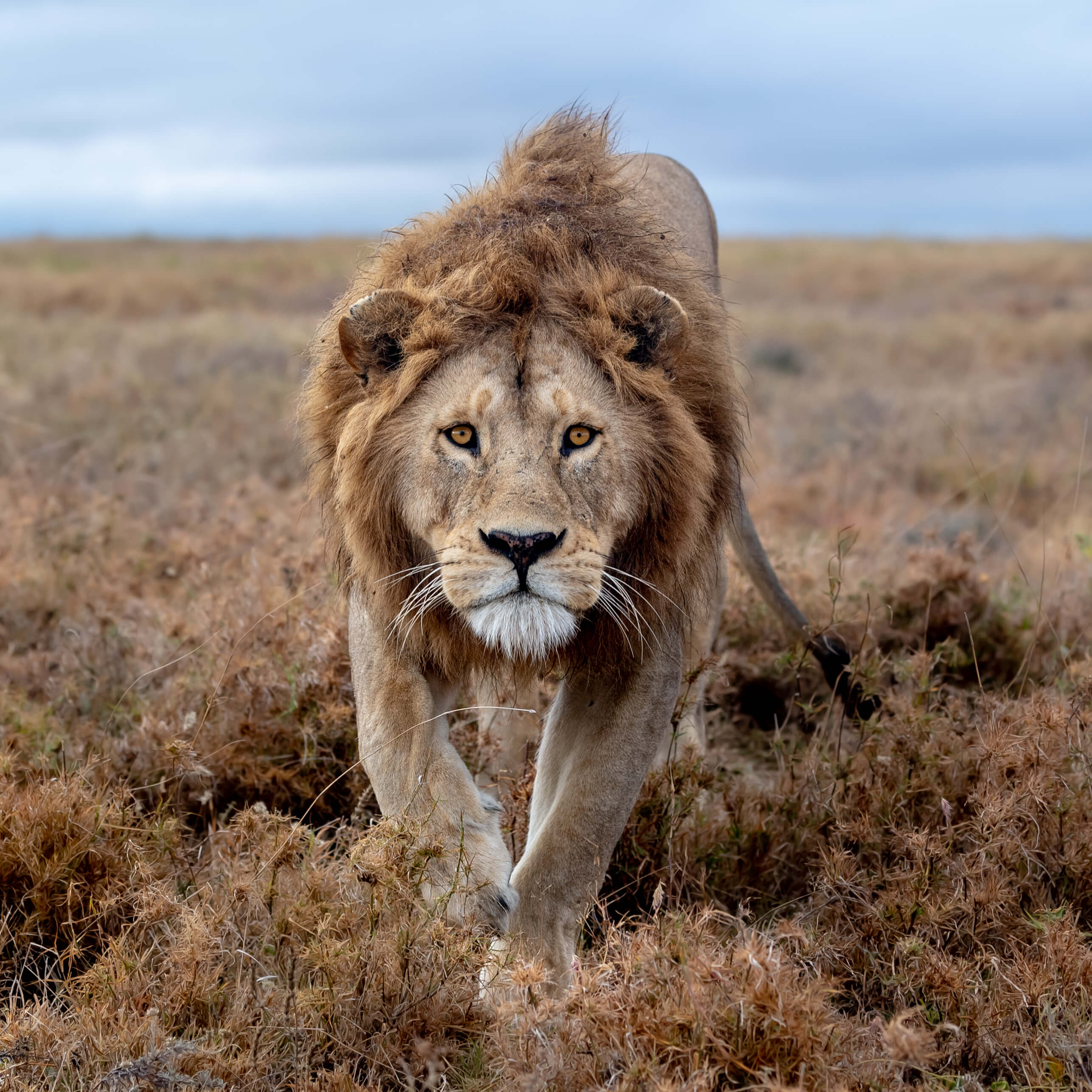 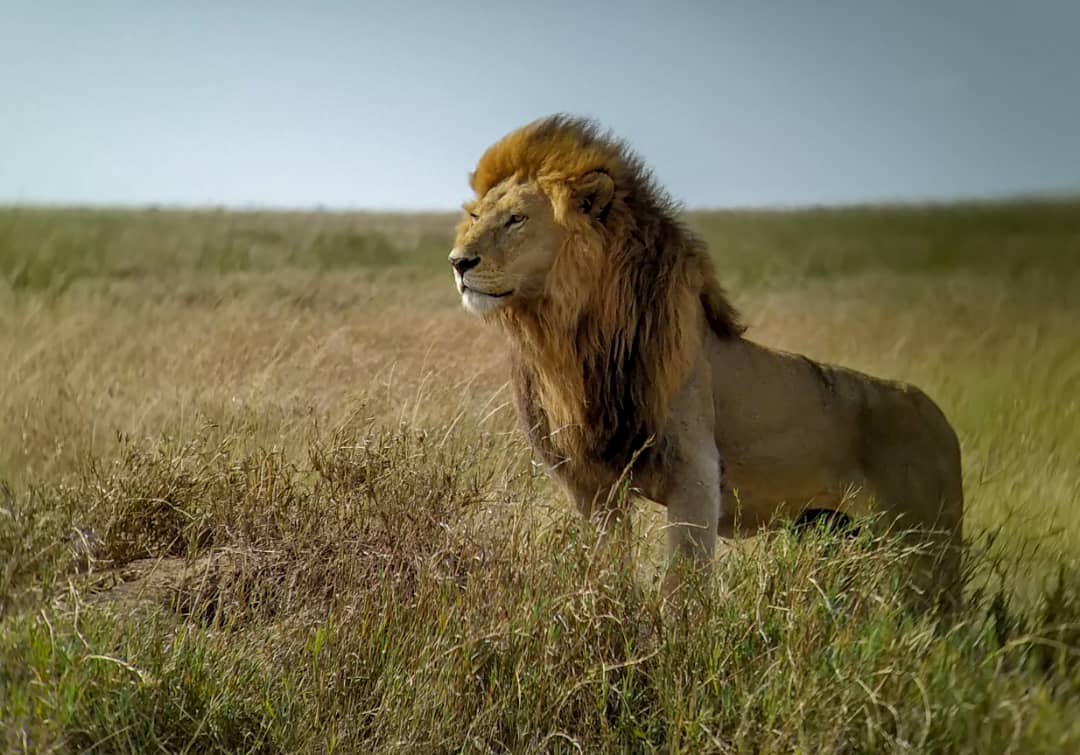 Hamza one of our Head Guides was witness to Bob Junior and his new partner grooming each other. So the good news is that his new partner Marley (the surname of Bob Junior's namesake) has made his way into the new Kibumbu tribe. So who knows, there might be another Super Pride in the making. 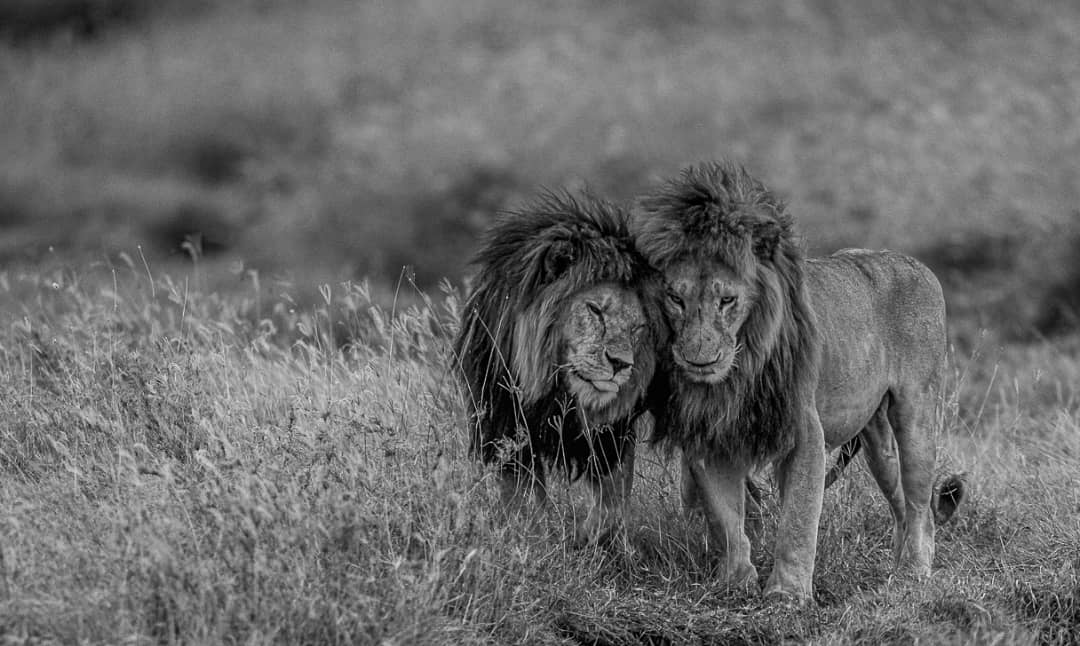 Where should I stay to see these large prides of lion?

We have two options for you in the Serengeti, Namiri Plains, and Dunia. 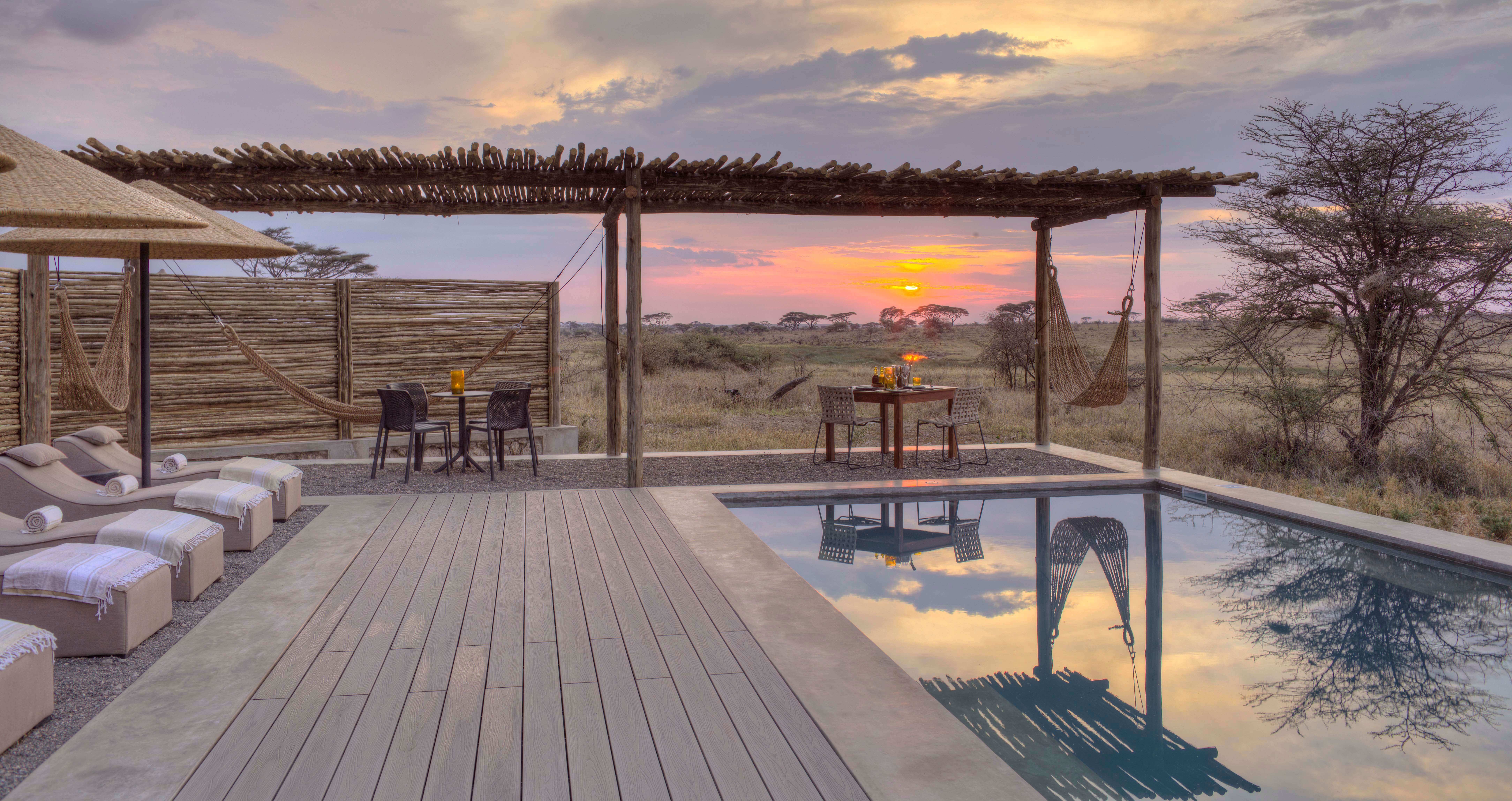 Namiri Plains was refurbished and had a complete makeover in 2019. The camp offers 10 spacious stylish tented suites (including one family tent) overlooking the Serengeti plains. Each tent has sliding doors running the width of the room, opening up onto an expanded viewing deck with its very own standalone resin tub, perfect for an alfresco bubble bath with a chilled glass of fizz.

Before Namiri Plains was built, these grasslands were closed for 20 years to allow the cheetah population to restore. This conservation project was a great success and now Namiri Plains is known as a Big Cat haven, rife with lion, leopard, and cheetah. With the nearest camps over an hour’s drive away, you can experience the vast plains all to yourself.

Dunia is an African first. Its claim to fame is that it is the original camp in Africa to be run entirely by women. The team is an inspirational example of what women can achieve in a male-dominated industry. Located on a major migration corridor in a spectacular location in the heart of the Serengeti, Dunia offers easy access to the scenic Moru Kopjes and game-rich Seronera region, plentiful in lion and other big cat as well as elephant and various buck. Choose to start your day soaring over the plains in a hot-air balloon and end it dining under the stars in the bush. With eight spacious tents overlooking the Serengeti National Park’s vast golden plains, why not kick back on your private seated verandah or our brand new main deck with a chilled G&T and enjoy the peace and stillness. 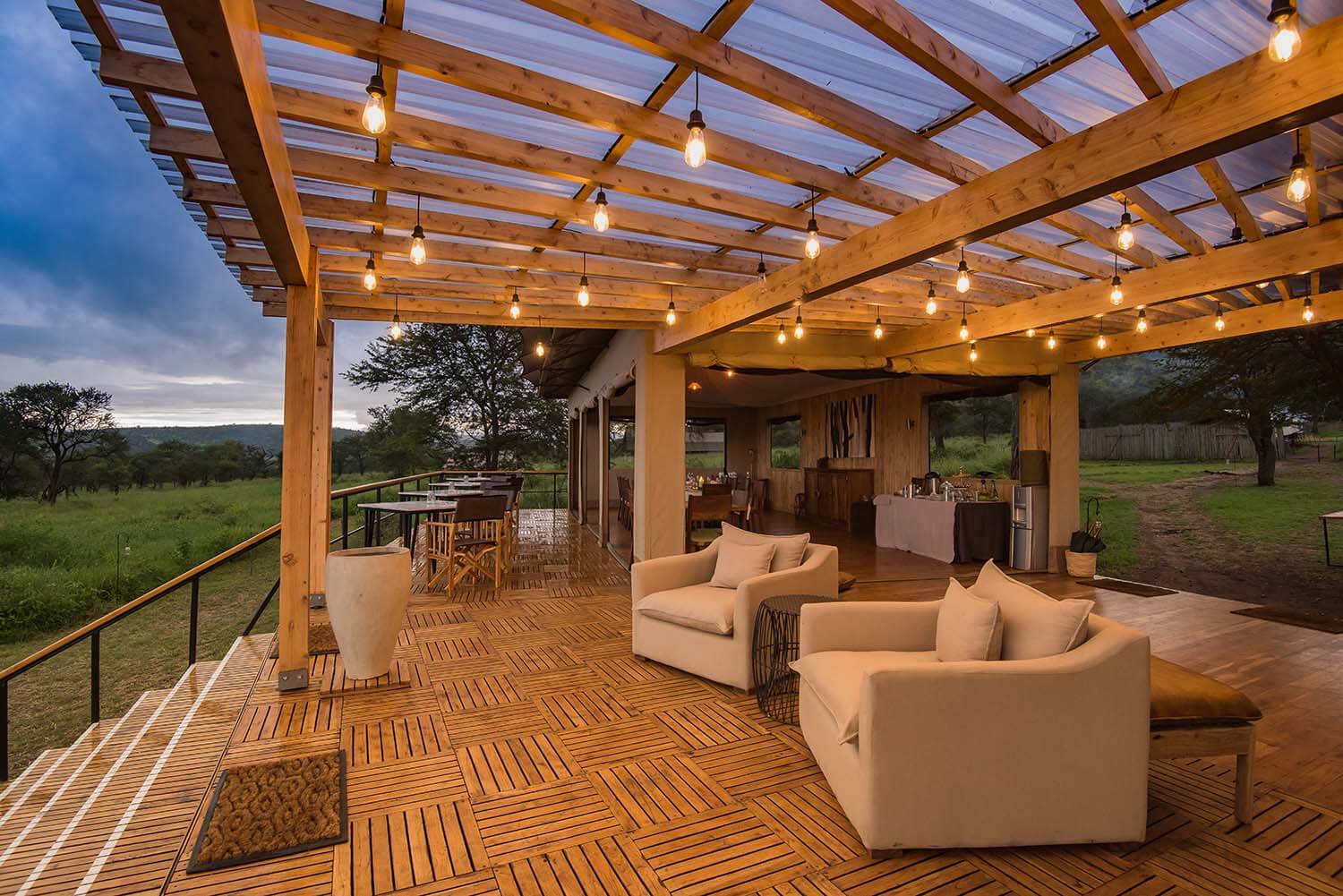 We look forward to welcoming you to one of these two spectacular camps in the Serengeti.

Are you now ready to book your safari in the Serengeti?