Two of Kenya’s Rare White Giraffes Have Been Poached

It is with a heavy heart that we bring you the news that Kenya’s only female white giraffe and her calf have been poached in thenortheastern region of Kenya.

Conservationists have said that these killings are a “blow to the tremendous steps taken by the community to conserve rare and unique species and a wake-up call for continued support to conservation efforts”.News of the white giraffes was first announced to the world in 2017 when the pair were first spotted and then again when she birthed two calves, the latest in August last year. 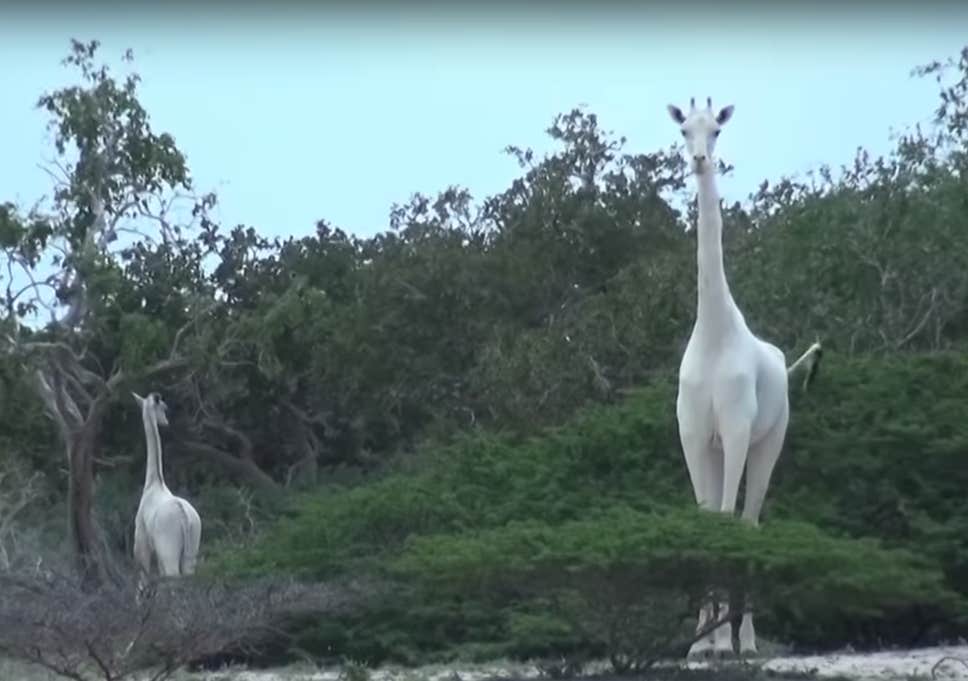 Many people may assume that their colouring is a form of albinism, however, their white appearance is due to a rare condition called leucism. This condition causes skin cells to have no pigmentation, resulting in the beautiful white colouring of the giraffes.

According to the Africa Wildlife Foundation, some 40% of the giraffe population has disappeared in the last 30 years and poaching for meat and skin continues. The death of these two incredibly rare white giraffes only highlights the importance of protecting our wild areas even more.

A third white giraffe – a lone male whose mother was the white female – is believed to now be the only remaining white giraffe left in the world.

We acknowledge that people and nature are inseparable partners, so we work closely with communities, authorities, NGOs and industry partners to achieve the best possible long-term outcomes for all concerned. You might not know this; but as a guest, for every night spent in an Asilia camp, you are donating US$5 towards supporting these important conservation efforts.