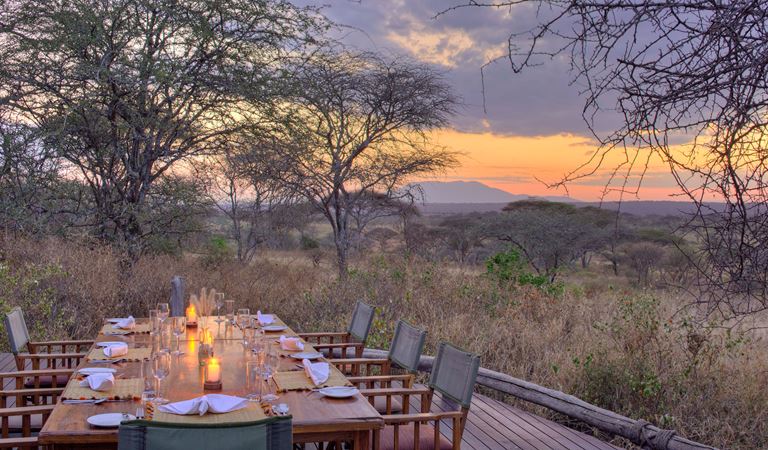 There are only five tents at Little Oliver’s, so the in-camp atmosphere is quiet and intimate. Guests can enjoy meals served in our thatched-roofed dining area or relax on the comfy couches and take in the landscape, keeping watch for passing elephants, giraffes or zebras.

Breakfast is a choice of fresh fruit, yoghurt, muesli and cereal or hot dishes such as French toast or bacon and eggs. For lunch, our chefs prepare a light buffet with salads and a main course. Dinner is a three-course meal. We can also pack a picnic breakfast or lunch to enjoy in the bush if you’d prefer to stay out exploring.

We support local communities: Our produce is sourced in Arusha and our honey is from a local women’s project.

We can cater to most dietary requirements. Please just let us know before your arrival so we can prepare. 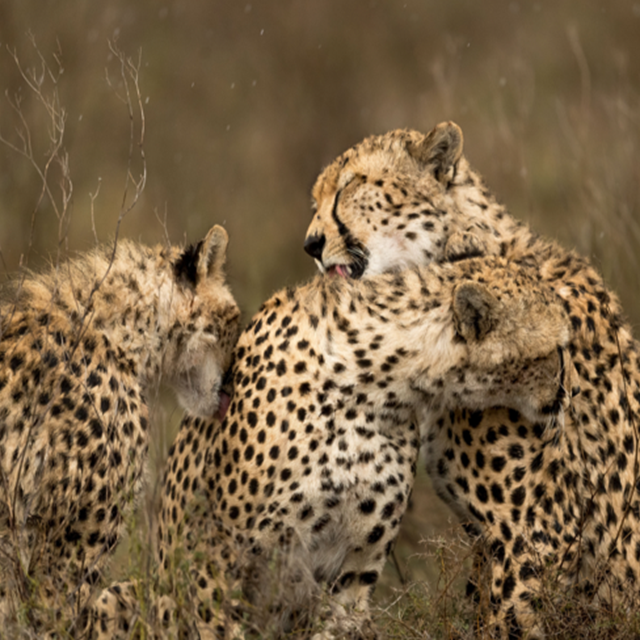 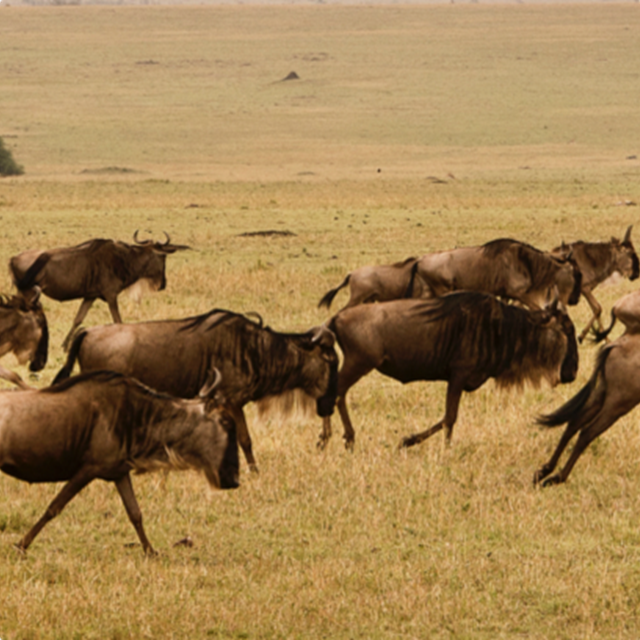 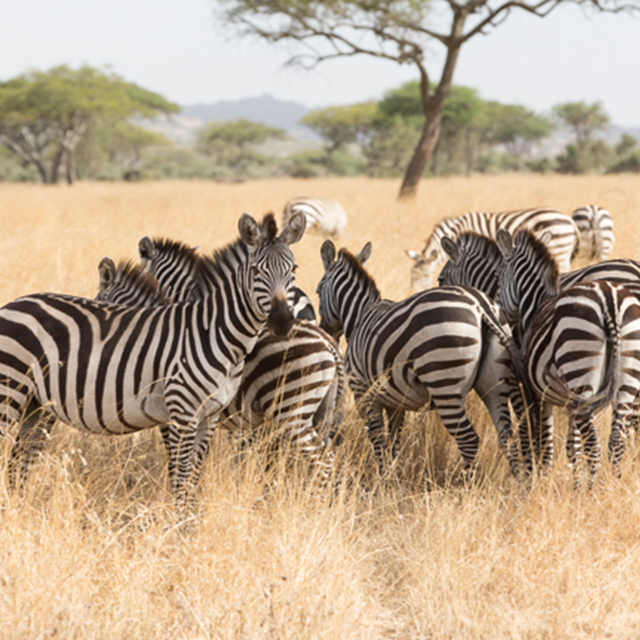 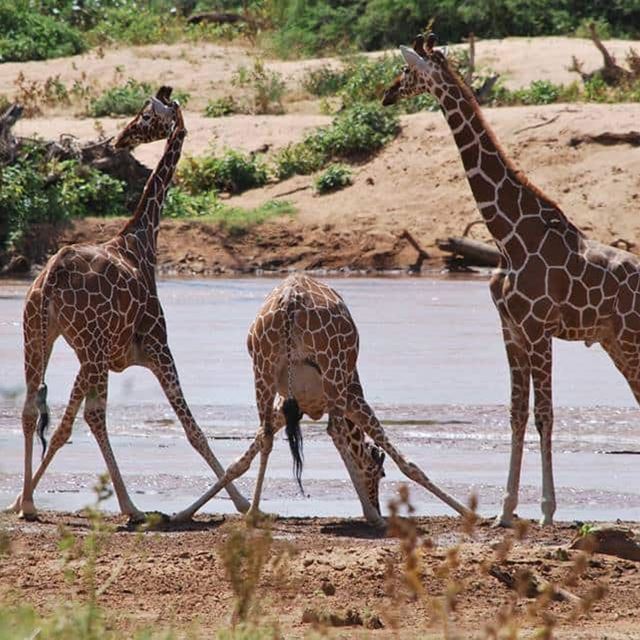 A Typical Day on Safari

We head out on game drives or walks first thing in the morning or late in the afternoon when temperatures are cooler. Exact times differ slightly with the seasons, but we aim to get you out and about when the animals are at their most active. If you have booked a private vehicle, you can discuss your own schedule with your guide.

Start the day with an early morning wake-up call and a cup of tea or coffee. Have some breakfast before you depart for a game drive or walk or opt to take a picnic with you to enjoy in the bush. By mid-morning, you’ll be back in camp with some time to relax and freshen up before lunch.

It’s siesta time for most of the afternoon, when temperatures reach their peak. Take the opportunity to relax with a book or have a nap. Then it’s on to afternoon tea before you depart for a game drive with sundowners. Round off another perfect day in the bush with drinks by the campfire and dinner with good company.

Our five tented suites are decorated with handmade furniture crafted from timber upcycled from old dhows. Each tent has a wide deck to while away lazy afternoons overlooking the floodplain and an en suite bathroom with flushing toilet, basin with hot running water and both indoor and outdoor showers.

Little Oliver’s is situated a kilometre downstream from Oliver’s, in the remote southeast of Tarangire National Park in northern Tanzania. In this region, the landscape is diverse, ranging from grasslands to areas of ancient baobabs.

At the end of the rains in April and May, the lush, green grasslands are dotted with wildflowers. During the dry season from August until October, herds of buffalo gather on the floodplains in front of camp. At this point, Tarangire contains the highest concentration of mammals in any of Tanzania’s national parks. The rains return in November, when the migratory birds arrive.

Throughout the year, Tarangire is home to large herds of elephants and buffalo and a high concentration of big cats. There are also animals such as wild dogs, kudu, oryx and gerenuks that won’t be found in the north of Tanzania. And for birders, there are more than 550 species, many of which are attracted to the park’s swamps.

We welcome families with children over the age of 5. Please note that we do not have specific programmes for kids or family tents, although we do have a triple tent. Children under 12 should always share with an adult. Please speak to your agent about booking a private vehicle for your family.