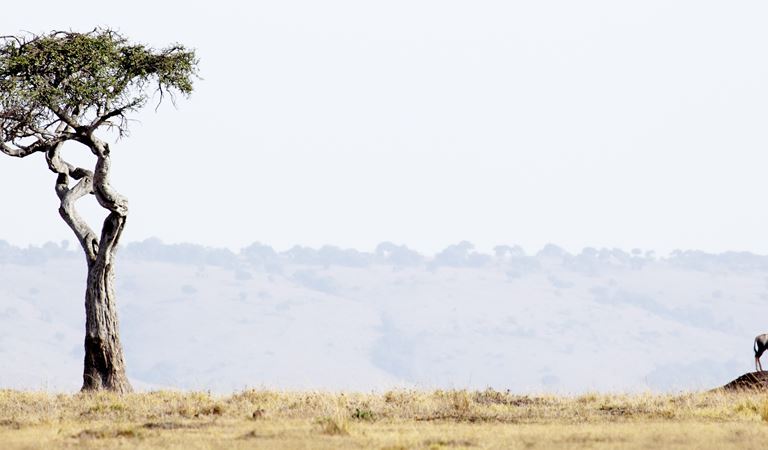 When to Travel to Topi House

The popular migration season in the Mara is from July to October, but there’s plenty to see all year round. July and August are the busiest months with travellers descending upon the Mara for the migration. We recommend travelling outside this period if your schedule permits, such as during December to June, as there’s so much wildlife to see — especially big cats — and far fewer people. January through April is a perfect time to travel to the Mara.

The Mara is less busy during these months, mainly because the migration is in the southern Serengeti. But there’s still all the resident wildlife to spot, including big cats, giraffe, elephant and even black rhino. It’s also when a lot of animals give birth to their young. There are perfect photographic conditions, with clear skies and lots of flowers that spring up after the short rains of November and December. Migratory birds have also arrived in the region.

There is a break in rainfall between December and early March, when the long rains start, but there may still be the odd shower. This is also the hottest time of year (though the Mara is rarely sweltering), with the average temperature peaking at 28°C/82°F in February. The average minimum temperature is 13°C/55°F throughout January to March.

The wet season means fewer tourists to contend with. This is the best time to visit for a safari without the crowds, as long as you don’t mind a bit of rain and the chance of some roads being closed (usually in May). It’s also the least expensive time to visit.

This is peak season, with dry conditions and the Great Migration wildebeest herds arriving in the Mara. These months are when you stand the best chances of seeing the wildebeest crossing the Mara River.

It’s still possible to see some river crossings as the herds make their way back into the Serengeti during the month of October. Migratory birds begin to arrive in November as the rains turn the landscape a lush green again. There are also fewer visitors in the Mara at this time.

The short rains fall in November and December and temperatures creep up to a high of 27°C/81°F in October and November and average lows of 12°C/54°F.