Kenya is an easy country to travel, with a well-established tourism industry and lots of things to see and do. Here are some of the country’s highlights, the wildlife you may encounter, the people you might meet, plus a guide to the cuisine and some useful travel tips.

Kenya is not a country you can see all in one go. There are multiple destinations and experiences that will keep you coming back again and again.

The most famous destination is the Masai Mara Game Reserve, one of the most well-known safari parks in Africa. With its abundant wildlife, it’s one of the best places in the world to see lion, leopard and cheetah.

There’s also the semi-desert of Samburu; the rolling high-altitude hills of Laikipia; the country’s highest peak, Mount Kenya; and blissful palm-fringed beaches that extend along the Indian Ocean coast.

There’s a reason Kenya is one of the top safari destinations. Not only is it home to all of the most iconic African animals, but visitors can also find many rare and endangered species in Kenyan reserves and conservancies.

Start with the Big 5 in the Masai Mara (lions, leopards, elephants, buffalos and black rhinos). The Mara is a particularly great place to see big cats, including cheetahs. Then of course, there is the world-famous Great Migration that journeys into the Mara every year, from around July to October.

Samburu is known for its own special Big 5: the reticulated giraffe, the blue-skinned Somali ostrich, the beisa oryx, Grevy’s zebra and the long-necked gerenuk antelope.

Then take a snorkelling or diving trip from the Kenyan coast to discover marine life that includes dugongs, dolphins, turtles and whales.

There are 44 officially recognised tribes in Kenya, including the Maasai, Samburu, Swahili and Turkana. Kikuyu is the largest ethnic tribe. Those from non-African backgrounds mostly have British or Indian heritage.

The majority religion is Christianity, practised by more than 80 percent of the population, followed by Islam. Hinduism is also practised, as well as traditional tribal faiths.

Here are some handy tips for travelling in Kenya: 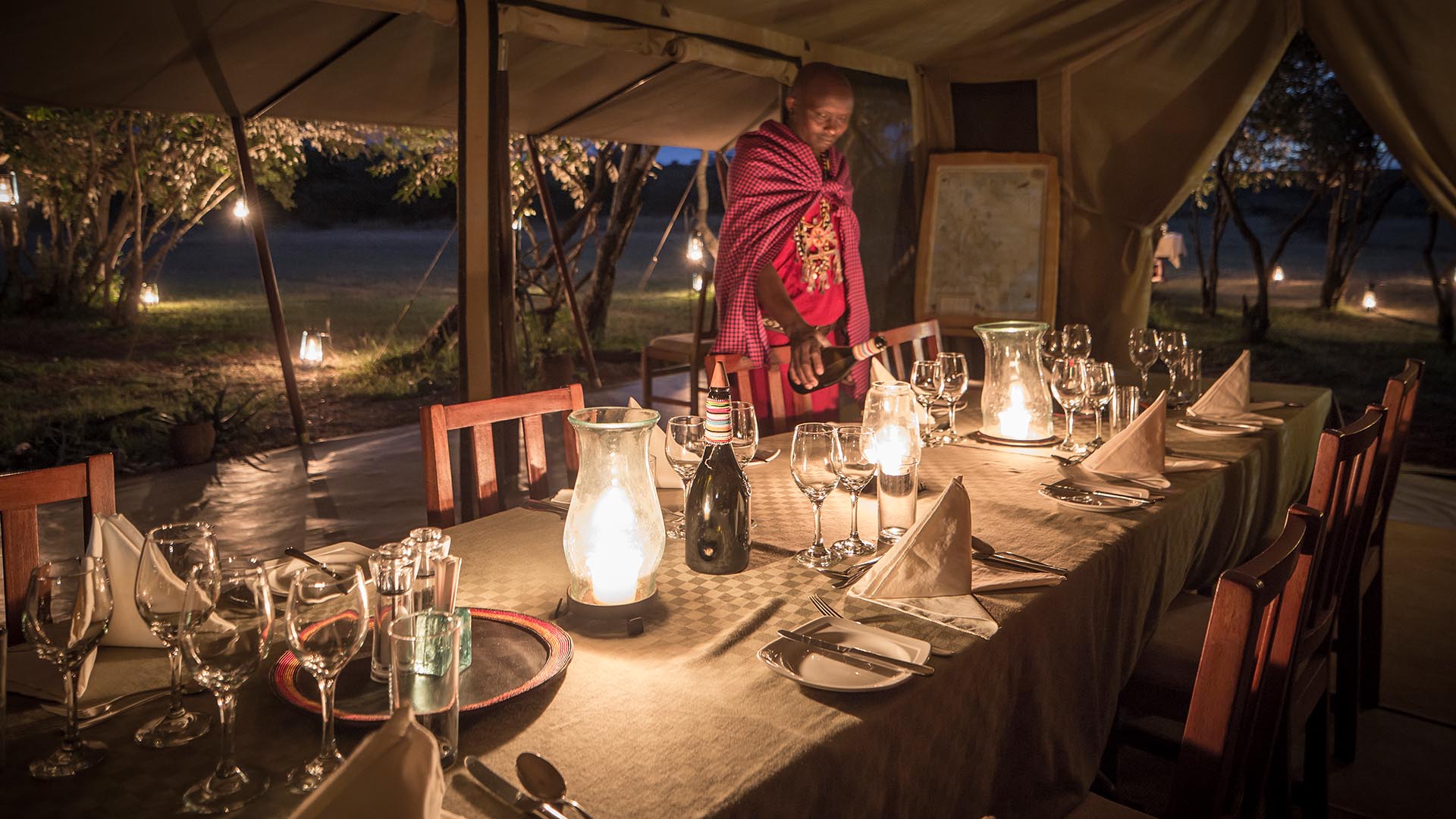 Nyama choma (Swahili for roasted meat, usually of beef or goat) is a typical Kenyan meal. The meat is usually served with kachumbari, a salsa of tomatoes, onions, chili and lime juice, and ugali, which is like polenta.

There’s a big Indian population in Kenya, which is reflected in commonly found dishes and snacks, such as samosas, biryani, pilau and chapati. The cuisine gets more flavoursome closer to the coast, where there’s a strong Indian and Arabic influence.

On safari, you’ll usually get a chance to try all of these typically Kenyan foods, as well as international dishes (pasta, pizza, curries, Western-style breakfast) and lots of fresh salads and fruits.