East Africa is renowned for offering visitors the chance to spot some of the world’s most iconic wildlife species in their natural habitats.

The Serengeti-Mara ecosystem covers around 30,000 km² of Kenya and Tanzania (about the size of Belgium) and encompasses a wide range of habitats. No wonder it is home to Africa’s highest variety and concentration of wildlife. Among the best-known animal groupings you can spot, there are the Big 5 (rhinoceros, elephant, buffalo, lion and leopard) and the African big cats (cheetah, leopard and lion).

The African big cats (cheetah, leopard and lion) are incredible predators, each with their own unique characteristics and behaviours worth witnessing first-hand. Coveted sightings of big cats are common while on Safari in East Africa. You may even have the chance to appreciate the extraordinary power of these predators as you watch them stalk and chase their prey.

Serengeti, Ngorongoro, Masai Mara, and Ruaha have some of the highest lion densities in the world, with Ruaha home to an incredible 10 percent of the world’s lion population. Most of East Africa offers a high likelihood of seeing lion, while Ruaha National Park and Tarangire National Park are great for the rarer leopard, and the Mara and

The term ‘Big 5’ was originally coined to refer to the five most dangerous species to hunt on foot: rhinoceros, elephant, buffalo, lion and leopard. While these individual species can be observed in various parks throughout East and Southern Africa, it remains an achievement to spot them all, and East Africa is one of the few places in the world where safari-goers have a good chance of doing so. Lion, leopard, buffalo and elephant are abundant and can be found in most areas where we operate. Rhino are a bit harder to find, especially in Tanzania, where their numbers suffered due to poaching in the 1960s and ’70s.

Good areas to see the Big 5 are Ngorongoro, the Serengeti (north or around Moru Kopjes near Dunia) and the Masai Mara. Perhaps your best option for spotting these rare animals is Kenya’s Ol Pejeta Conservancy, which is a rhino sanctuary. If you’re particularly interested in spotting elephant, you’ll find plenty of them at Tarangire National Park in Tanzania. 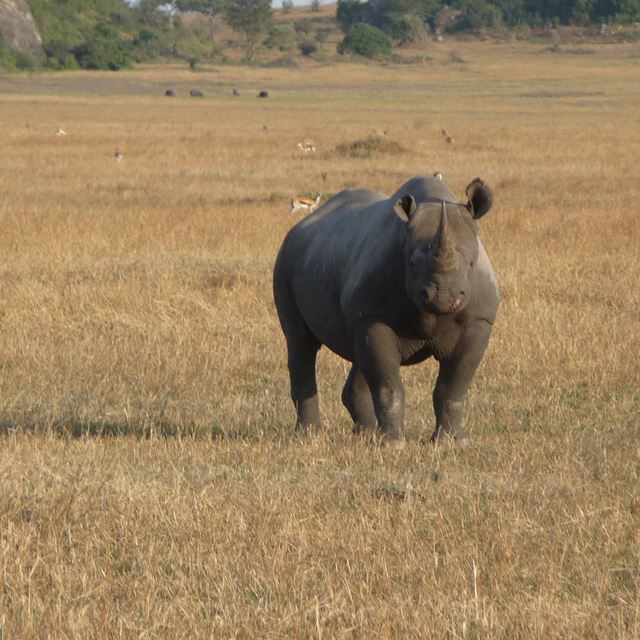 East Africa’s native rhinoceroses are black rhinos, however, in the past, Southern African white rhinos were released into certain areas of Kenya for conservation purposes. This has given rise to populations of white rhinos that can now be found living alongside black rhinos.

If you hope to glimpse a rhino in the wild, Ol Pejeta Conservancy in Kenya is the place to go. Besides being home to more than 100 critically endangered black rhino and 20 southern white rhino, it is also the only place on Earth where you can still see a northern white rhino. Sadly, due to poaching, only two are alive today.

The rhinos here are given sanctuary in a 300-hectare enclosure protected by 24-hour armed security — a sad necessity, but also a beacon of sustainable conservation. This remarkable conservancy boasts one of the densest populations of game in the country and its diverse habitats support all of the Big 5 as well as vulnerable species including Grévy’s zebra, beisa oryx, the locally threatened Jackson’s hartebeest and African wild dog.

As the largest, most famous African mammals, the big cats and Big 5 sometimes steal the limelight, but there are many other interesting animals to discover throughout East Africa. Enjoy encounters with giraffe and hippo, and smaller African cats like the serval, caracal and African wildcat. The African wild dog is rare, but you have a decent chance of glimpsing it in The Selous. 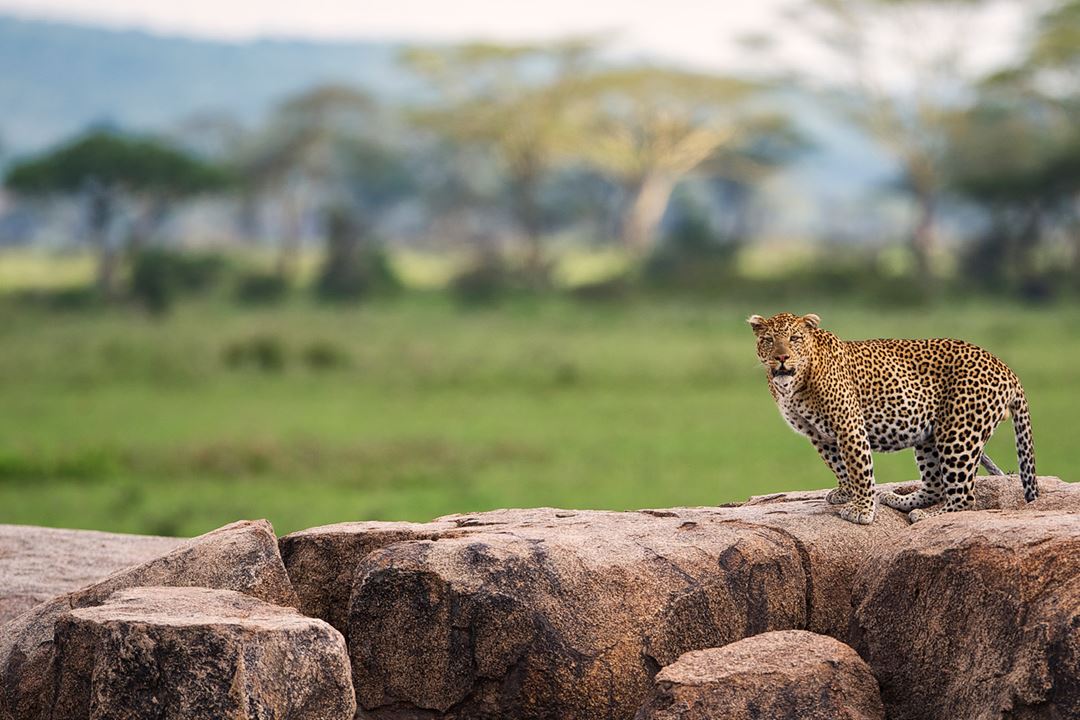 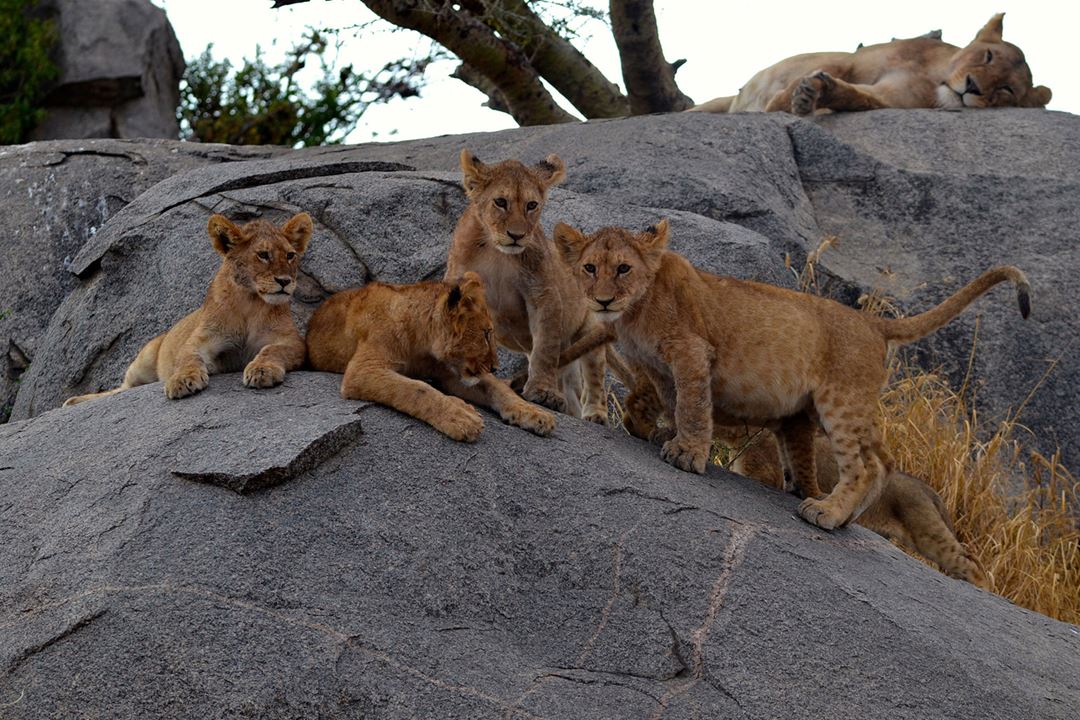 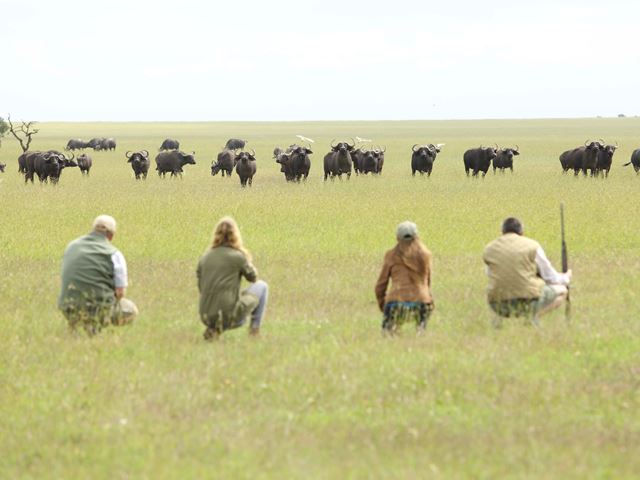 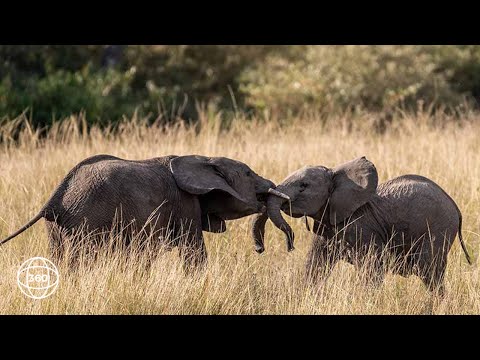 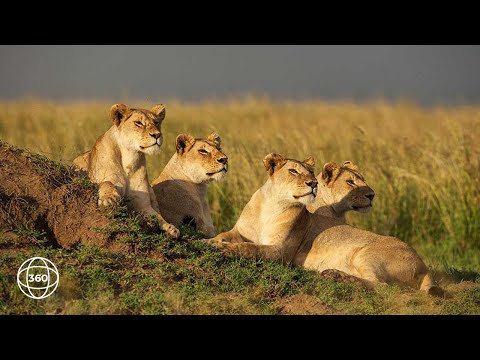 Start planning your Big Cats and The Big 5 Safari

Few life experiences can beat that of getting up close and personal with Africa’s Big 5 and big cats. Asilia’s outstanding camps are located in some of the best pioneering areas in Kenya and Tanzania.