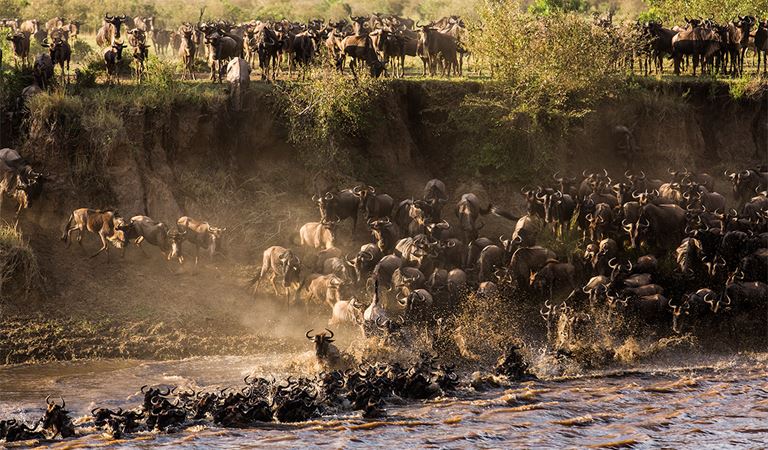 arrow_drop_down Overview
Overview When to see Where to go

The earth vibrates with the thundering of millions of hooves as heaving herds of wildebeest, zebra and gazelles fill the plains to chase the rains in the epic annual struggle for survival known as the Great Migration. It is the greatest show on earth, a natural spectacle like no other and a life-changing experience.

Few lifetime experiences can beat that of watching over a million wildebeest plus hundreds of thousands of gazelles and zebra – followed by their predators – embark on a 1,000km-long circular trek through the unfenced Masai Mara and Serengeti in search of seasonal pasture and water. This natural spectacle is both thrilling and profoundly moving.

Deciding on the best time and place to witness this astounding phenomenon can seem daunting, but our network of camps are ideally positioned along the route to offer you a front-row-seat to all the action.

What is the Great Migration?

The Great Migration is the largest herd movement of animals on the planet. In fact, with up to 1,000 animals per km², the great columns of wildebeest can be seen from space.

The numbers are astonishing: over 1,2 million wildebeest and 300 000 zebra along with topi and other gazelle move in a constant cycle through the Serengeti-Mara ecosystem in search of nutritious grass and water. Guided by survival instinct, each wildebeest will cover 800 to 1,000km on its individual journey along age-old migration routes. Hungry predators – lion, leopard, cheetah, hyena, wild dog and crocs – make sure only the strongest survive.

It is thought that rainfall over 50km away can trigger the start of the mass movement – perhaps through smell or the recognition of thunder and lightning on the horizon. The circuit takes the animals from the Ngorongoro Conservation Area (although not into the Crater itself) in the south of the Serengeti in Tanzania, up through the Serengeti and across into the Masai Mara in Kenya, and back again. The journey is beset with danger: young calves are snatched by predators, the slow are brought down by prides of lion, brave beasts break legs on steep river slopes, crocodiles take their share of the stragglers, and the weak and exhausted drown. 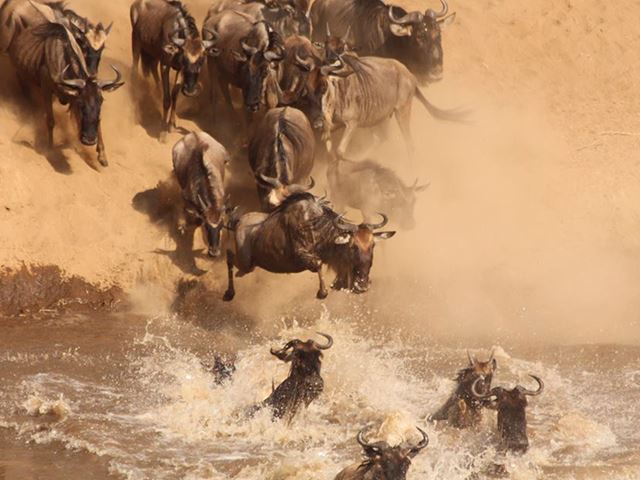 Walk Among the Great Migration: Southern to Central Serengeti

The best way to plan your safari is to be personally advised by an East African safari expert. This will allow you to have all your travel needs taken into account, creating the perfect itinerary tailor-made for you. Enquire below and start planning your ultimate safari holiday. 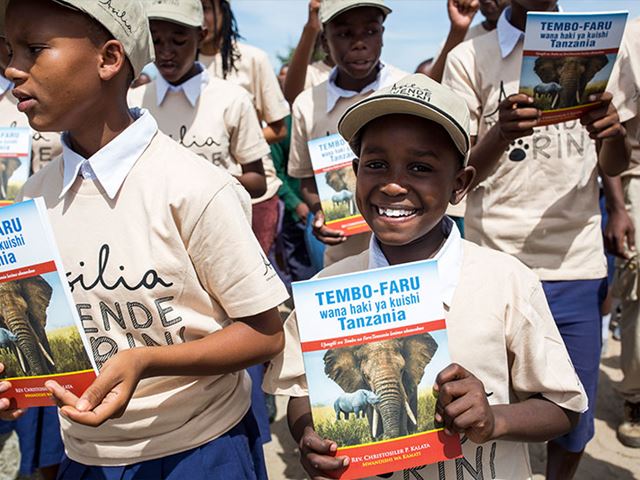 By Warren Glam – Content Writer Every year, millions of hooves drum against Africa’s plains, raising dust and devouring kilometres as wildebeest, zebra and gazelles trek across the Serengeti...; Read More 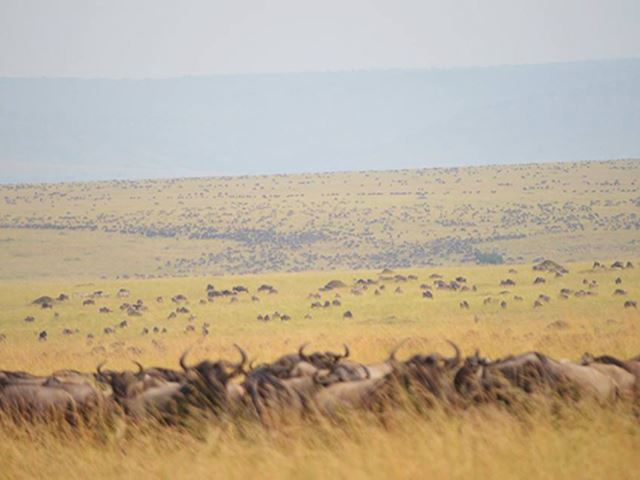 The greatest show on earth – The Great Migration

The earth trembles with the thundering of a million hooves, as the heaving herds fill the plains to chase the rains in the epic annual struggle for survival, known as the Great Migration. The journ...; Read More 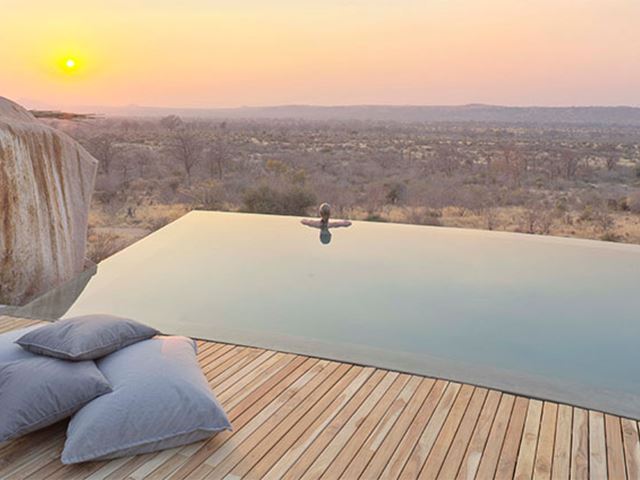 Without a doubt the annual Wildebeest Migration is one of nature’s greatest spectacles. Here’s our 2014 top selection of best photos taken by our guides and guests. Find out where the Migrati...; Read More 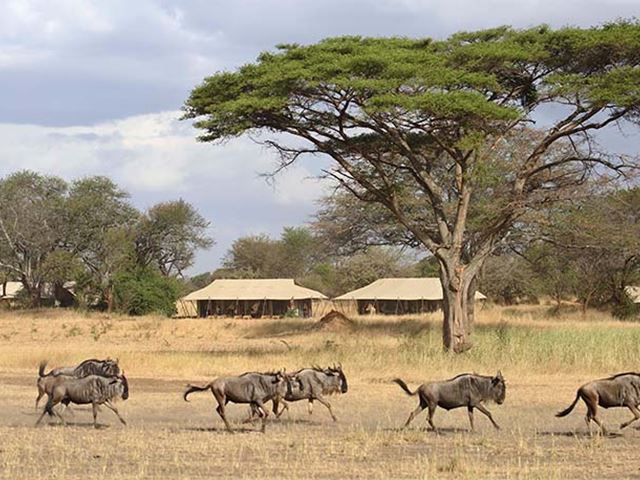 Mobile Camps: Your Front Row Seat to The Great Migration