For many East African farmers, who work through every scorching hour they can find, night is far longer than day. At night they must wait, with their beds little more than prisons for weary limbs and restless minds.

If they’re lucky, they’ll doze awhile and wake to discover their crops intact. If luck is against them, elephants will have cleared their crops by dawn. This is one reality of human-wildlife conflict. Another is that animals have less room to breathe as people encroach on their habitat. Indeed, East Africa is a land of finite resources, where there is only so much of everything to go around. Food, water, space: people and wildlife share it all.

With this in mind, it’s difficult to blame the conflicton any of the region’s main stakeholders. What’s clearer, though, is that long-term fixes need to cover every relevant interest. Fortunately, through smart thinking and the right respect for communities and wildlife, it’s possible to find solutions that are good for all parties. Here is a look at the causes of the conflict and how East Africa is creating harmony.

Rural communities in East Africa keep livestock and farm to support themselves. This is their way of life and it cannot continue without resources. But as these communities grow, so do the demands they place on their corner of the continent. Essentially, necessity has pushed them to encroach on land that has nurtured the region’s wildlife for millennia.

Herbivores, such as bush pigs and buffalos, cause extensive crop damage when entering farmland, denying communities the chance to earn much-needed incomes. Elephants are, perhaps, the most dangerous for farmers. In addition to raiding crops, they’ve been known to trample people to death.

As for carnivores, landowners drive out their natural prey to accommodate livestock. Hyenas, leopards and other predators often turn to cattle as an alternative source of food. They also pose a threat to people moving between their homes, farms and rivers.

Rural communities in Kenya and Tanzania harbour deep resentment towards wildlife. They view large carnivores as the most troublesome, though there is evidence that resentment for one species can spill over into dislike for others. It is a contagion that spreads all too easily.

Retaliatory killings are a fact, with communities using deadly force to avenge the loss of livestock and farmland. That said, cultural factors also drive wildlife killings. Warriors in Tanzania win gifts of cattle from their communities if they spear a lion, sometimes as many as 20 cattle for one kill. It is a proven route to wealth. Prestige follows, too, with warriors receiving the attention of women and enjoying celebrations held in their honour.

It might be unsurprising that these communities see no value in conservation. After all, they receive almost no benefits from wildlife. But, the intensity of their resentment towards wildlife can also result in them turning a blind eye to poaching. In fact, poachers in these circumstances become Robin Hood personas in the eyes of locals. 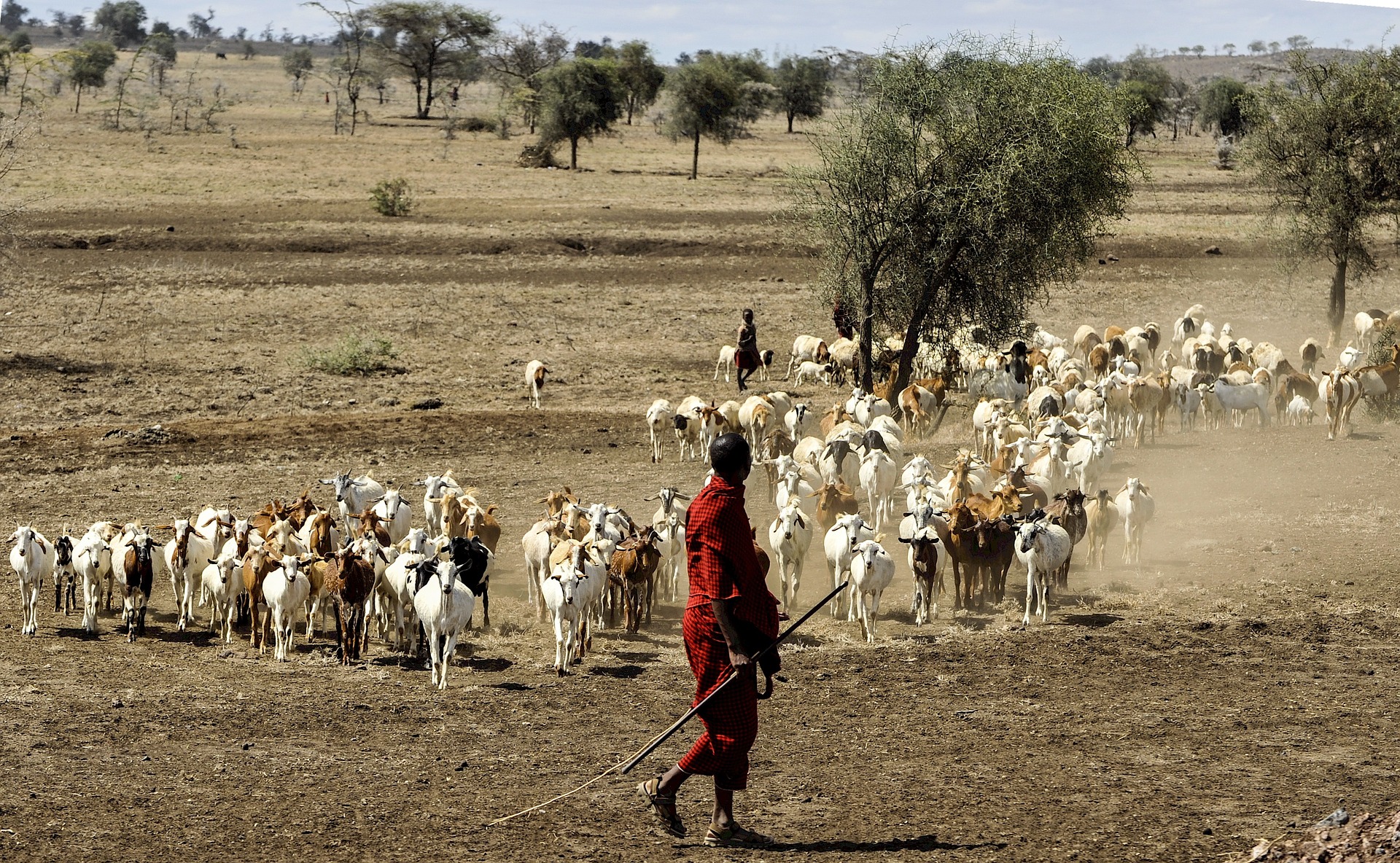 Despite the history of conflict between communities and wildlife in East Africa, innovation in the region has begun to create harmony. Collaboration between conservancies and locals is driving the progress.

A diverse range of elephant repellents has successfully kept the creatures away from crops. Chilli plants and beehive fences are among the items locals use, with the latter doubling as a source of extra income from the honey produced.

Improving livestock enclosures called bomas is another effective method to ease conflict. Reinforcing these bomas makes them better for keeping out predators, and preventing livestock from straying away after dusk. Maasai in northern Tanzania use a local tree called Commiphora as fenceposts.

A conservancy in Northern Kenya called Ewaso Lions facilitates the Warrior Watch Programme. The initiative involves Samburu warriors in conservation, leveraging the knowledge of lions they’ll have accumulated by spending most of their lives in the wild. Given their high standing in their community, these warriors are compelling ambassadors for reducing human-wildlife conflicts and raising awareness of the value of wildlife.

Education is a powerful tool to change local perceptions of elephants. Sending local children to school is the first step towards achieving this, with conservancies such as Ol Pejeta devoting some money to improving the quality of education in the region. After that, the focus is on developing future conservationists, who can take their knowledge home to their parents and communities.

Asilia has launched the Twende Porini program which involves inviting children from local communities and villages to stay in our camps for a few days and take part in wildlife education and game drives. In this way perceptions and,ultimately, attitudes change and future conservationists are born. You can see more about Twende Porini here and watch this video to see exactly what the children get up to. 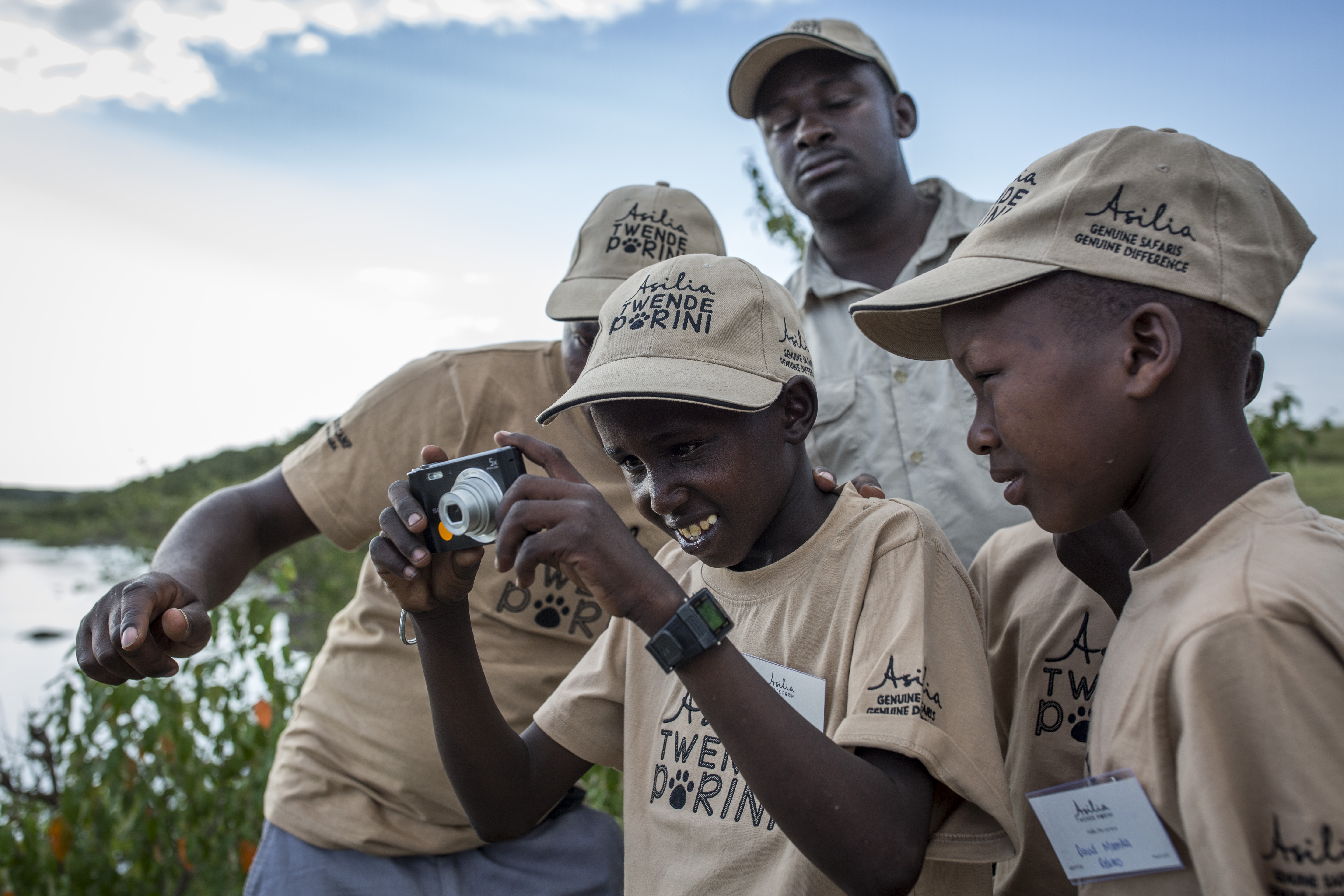 At our core, we aim to empower crucial wilderness areas in East Africa to thrive, benefitting people and nature alike. In doing so, educating and working together with local communities is extremely important. By making bold, and often pioneering, investments into areas that are ecologically and economically vulnerable, we aim to turn these areas into viable conservation economies, benefitting both the local communities as well as the environment.

We acknowledge that people and nature are inseparable partners, so we work closely with communities, authorities, NGOs and industry partners to achieve the best possible long-term outcomes for all concerned. With the help of our guests, who contribute a levy of US$5 for each night that they stay with us, we’re able to make the most significant positive impact towards our goal of empowering these areas, including the communities and wildlife that call them home.

Join us for a safari that makes a difference.