The misconception of the Great Migration

When most people think of the ‘Great Migration’, they think of the iconic wildebeest river crossings that take place in the Masai Mara and Serengeti over peak safari season from June to October. 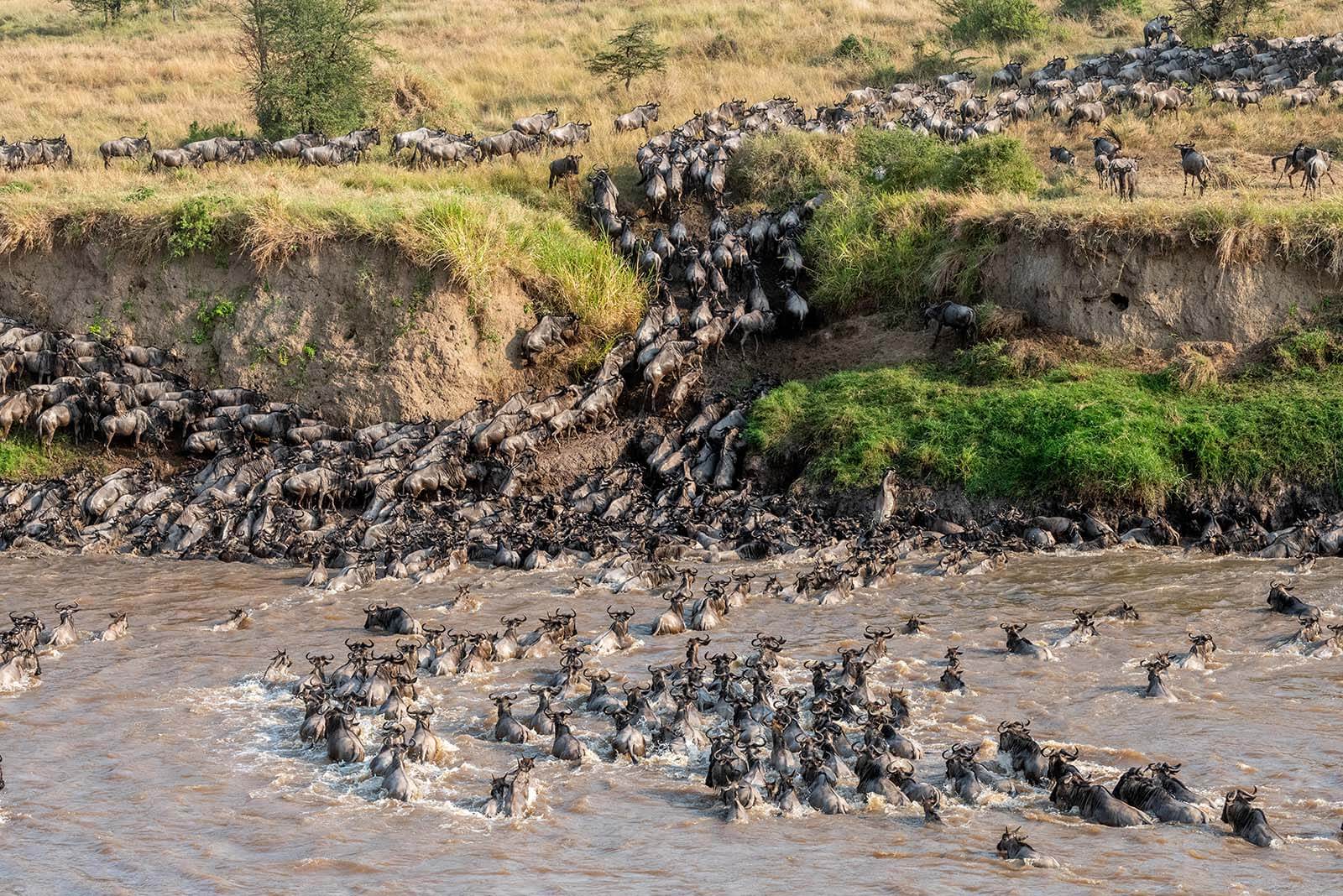 There is plenty of action to be found across the whole annual Great Migration – with calving season from January to March, rutting season in April and May, and river crossing season from June to October, with the herd continuing to move south in November and December — just to start the whole cycle all over again. Most travellers consider the river crossings to be the most desirable and exciting part of the Great Migration to witness, and a must-do on the bucket list. 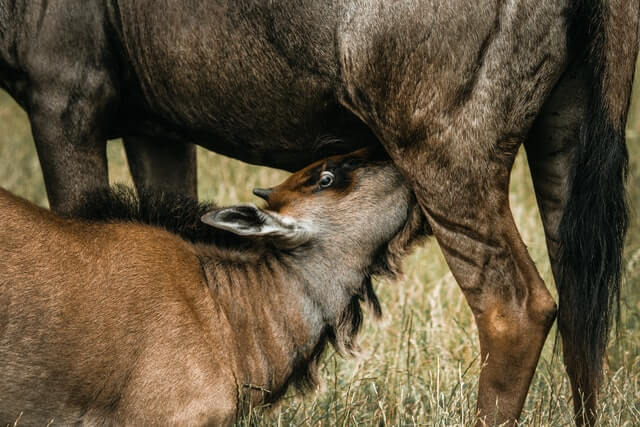 What makes the river crossings a bucket list event?

The sheer volumes of wildebeest, zebra, and gazelles is a wonder in itself, with 1.3 million wildebeest and 300,000 zebra taking part in the largest herd movement of animals in the world — so large in fact, that it can be seen from space.

The dramatic river crossings are exhilarating to watch, but patience is needed to witness this spectacle first-hand. Wildebeest can take hours, to full days to cross the Mara and Sand River from the Serengeti in Tanzania to the Masai Mara in Kenya. The herd eagerly waits for one of their comrades to take the first step – literally.

However, it is quite a scary prospect going first, there are predators to watch out for, with crocodile in the river and lion and other big cat waiting on the other side of the river to pick off the weaker of the herd. There is the muddy riverbed to navigate, making sure they don't get stuck and some sides of the ravine turn out to be too steep to climb up — forcing the herd back across the treacherous river to start the exercise all over again! In the end, one brave wildebeest takes their first step or rather jump into the river, causing a cascading movement of the whole herd — one following the other in a simultaneous effect — a definite must-see event. 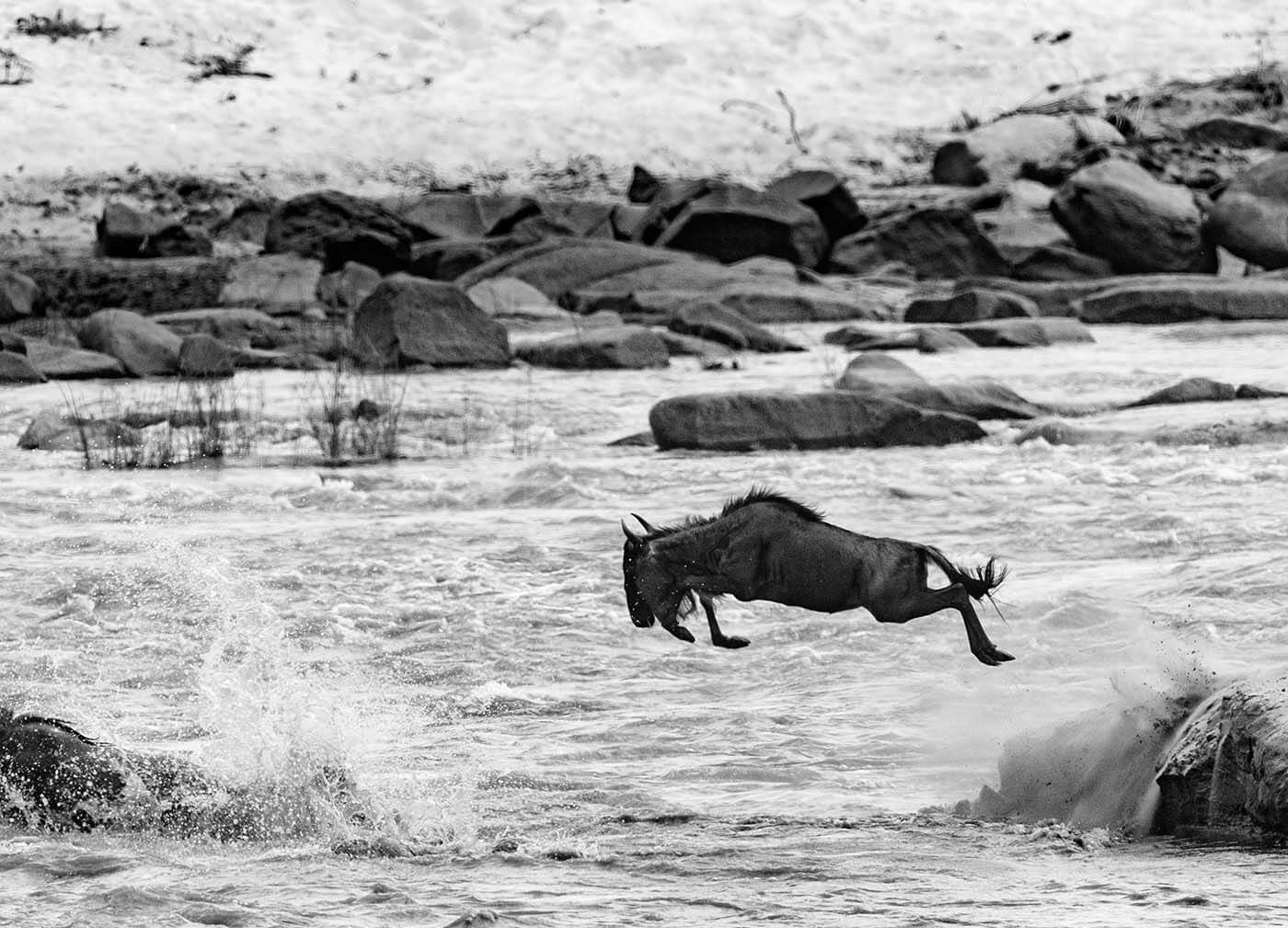 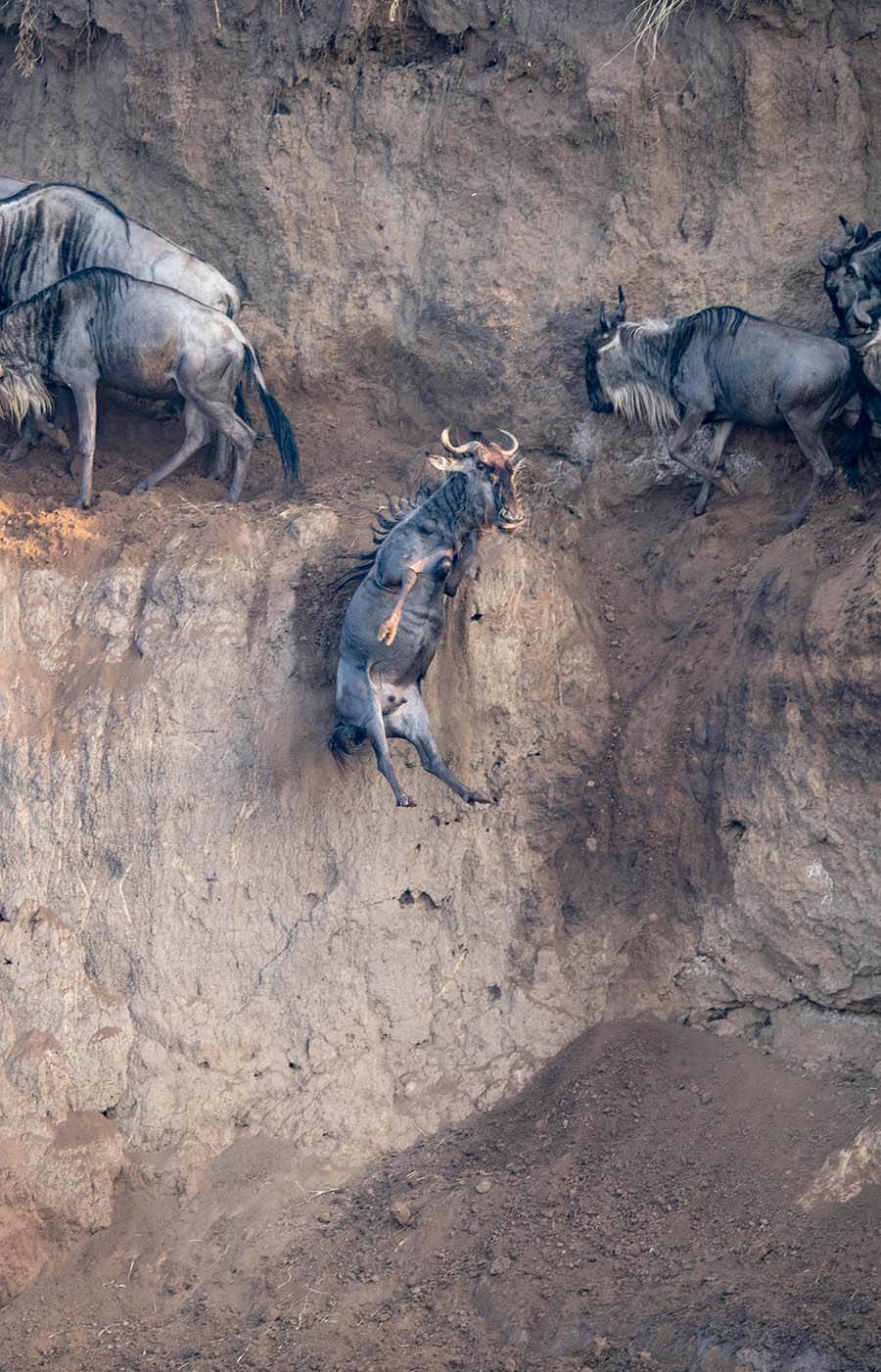 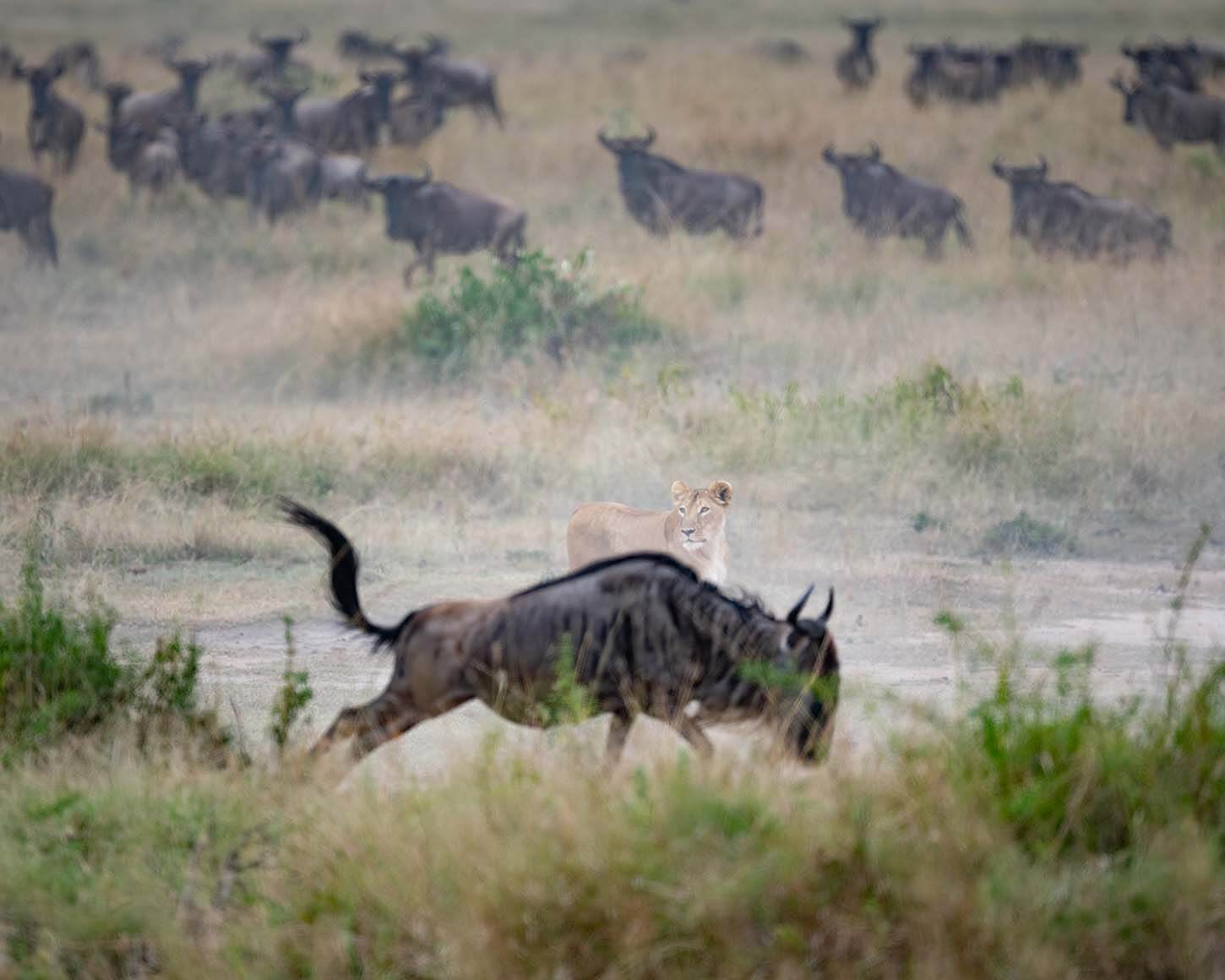 Why do wildebeest cross the river?

The wildebeest follow the rains by watching the movement of the rain clouds. They know that where there is heavy rain, the grass they eat will grow soon after. Instinct impels them to follow the storm clouds across the Mara and Sand rivers.

What other animals migrate?

The largest mammal migration is that of the straw-coloured fruit bat. Eight million travel from the Congo to Zambia between October and December each year.

The most generations in a migration

Unlike other migratory animals, no individual Monarch butterfly completes an entire round trip from northern America to southern America each year. The females lay eggs for a subsequent generation during the northward migration, and up to four generations can be involved in the annual cycle. 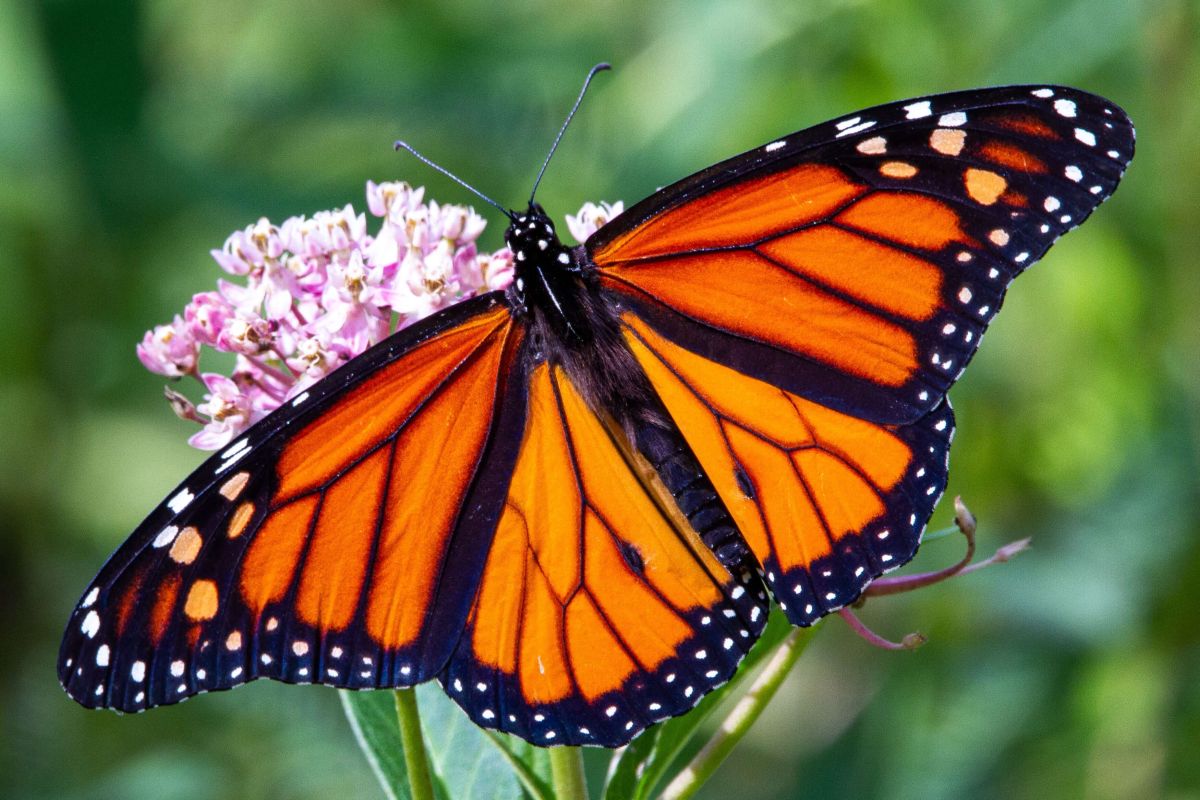 Arctic tern are small, mostly white birds, with the distinguishing features of a black head and red beak. They follow the summer weather from one pole to the other, Artic to Antarctic, spending most of their time at sea. They are believed to migrate around 40,000 kilometres (25,000 miles) a year.

Where is the best place to stay to see the Great Migration river crossings?

We have four camps, perfectly situated to see the epic wildebeest river crossings in the northern Serengeti and Masai Mara. Each camp has a unique style, offering a range of safari accommodation for all travels. You can look forward to a warm welcome, sought-after locations, and superb guiding that is synonymous with Asilia.

Back to safari basics

Ubuntu Migration Camp offers a camp lifestyle that epitomizes the early days of safari’s — with 10 traditional canvas tents, hot-water safari bucket showers, and open verandas looking onto the vast plains of grunting wildebeest as they make their way to the Mara River.

Olakira Migration Camp boasts eight beautiful stargazing tents with 270-degree views from your bed — the mesh-covered tents offer safety allowing you to sleep under a sky of glittering stars. During the day the bed is rolled away by your housekeeper, turning the space into your own private viewing deck with lounge, allowing you to hear and watch the wildebeest herds move past camp up towards the Masai Mara for the show-stopping river crossings. 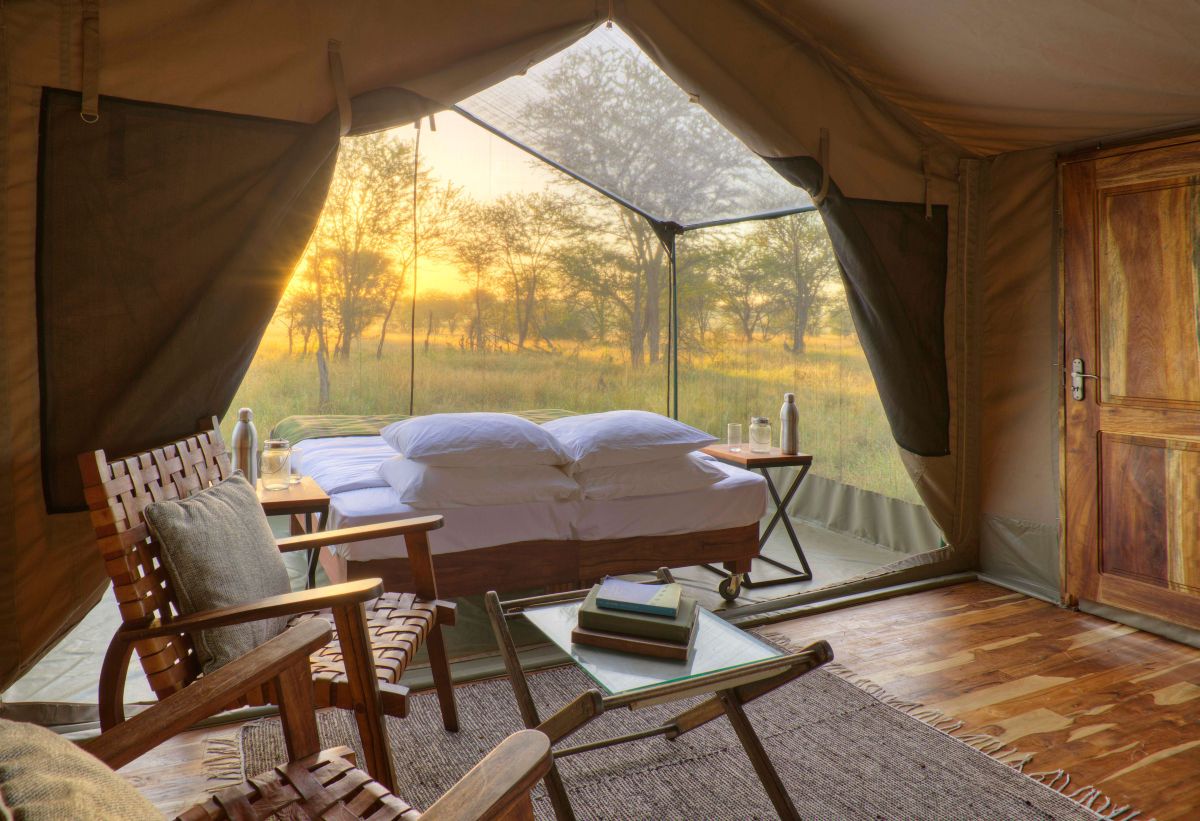 Sayari is renowned for its exquisite safari experiences and recently launched with a brand-new look and exciting new features such as the Serengeti’s first-ever solar-powered microbrewery (as featured in Forbes). Set on the untouched plains of the northern Serengeti, this stylish, award-winning camp is perfectly located near the famous Great Migration route and several crossing points along the Mara River, where sightings of the herds plunging into the water are frequent and spectacular.

A piece of history

Over in Kenya stands Rekero, one of the oldest members of our family portfolio, with its history dating back to 1986. When it comes to witnessing the world-famous Great Migration, Rekero and its nine tents sit in a prime position, overlooking the Talek River in Kenya’s Masai Mara National Reserve, a main crossing point used by the wildebeest on their epic annual journey. 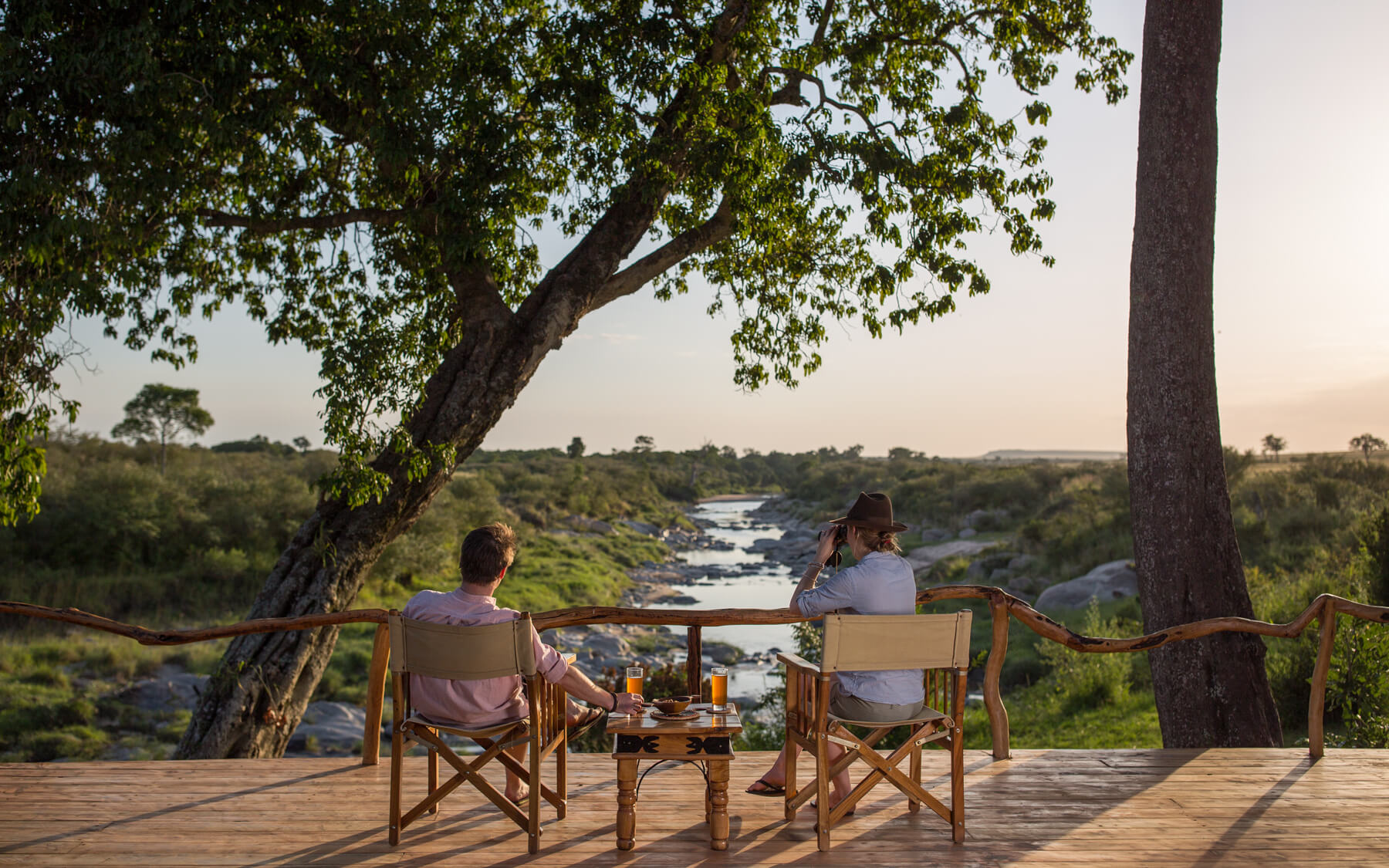 Asilia’s mobile camps (Ubuntu Migration Camp and Olakira Migration Camp) are carefully designed to be packed up and moved with the seasons. They allow our guests to stay in unique and secluded areas, following the Great Migration from the south of the Serengeti all the way north to Kenya’s Masai Mara.

So if you have witnessed the river crossings before or are looking to go on holiday over a quieter travel period during the calving and rutting seasons, we have got you covered for all the events that make up the infamous Great Migration. 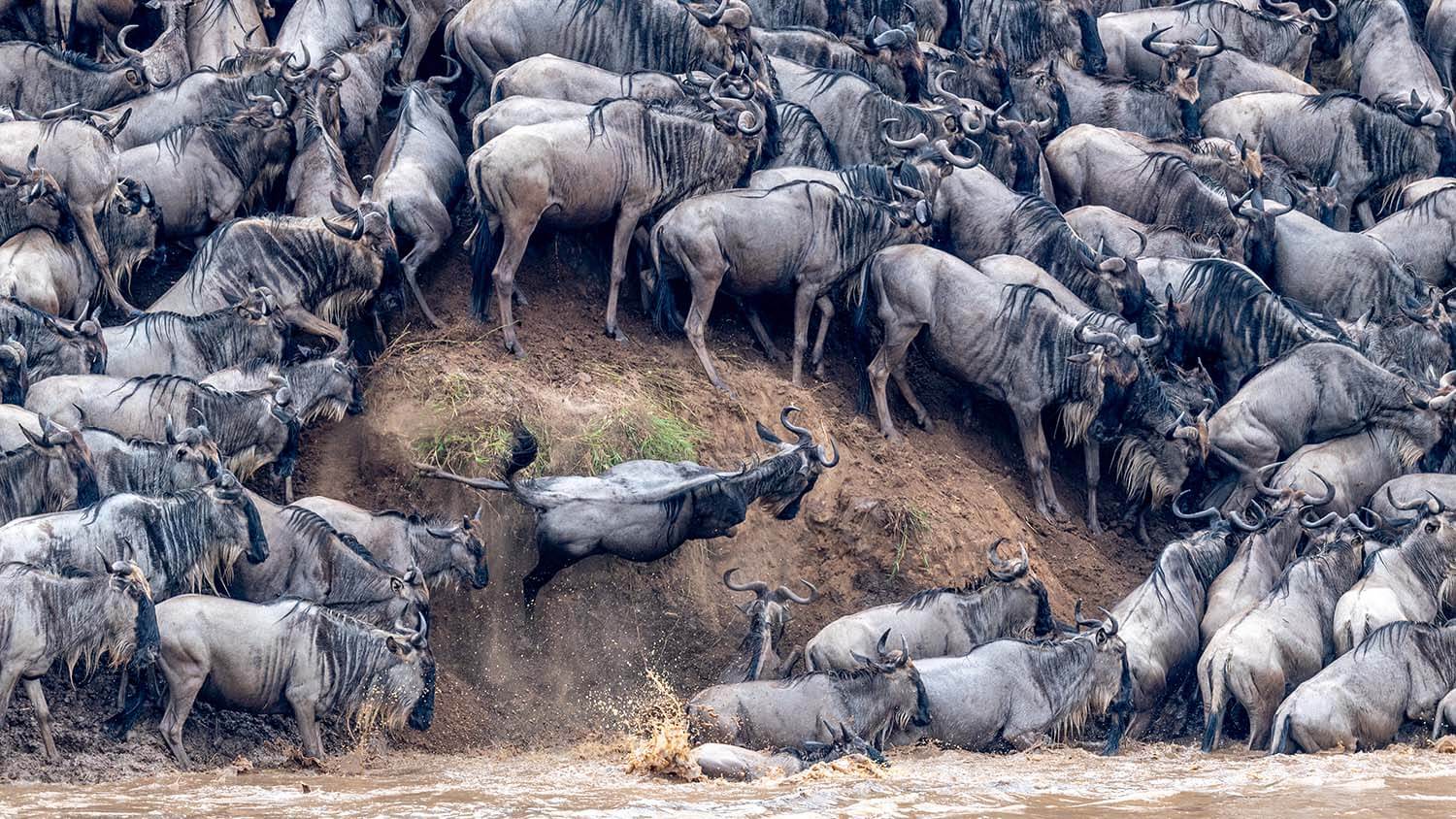 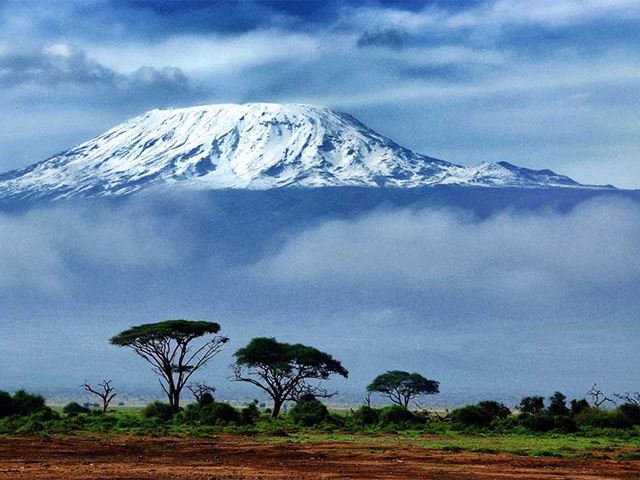 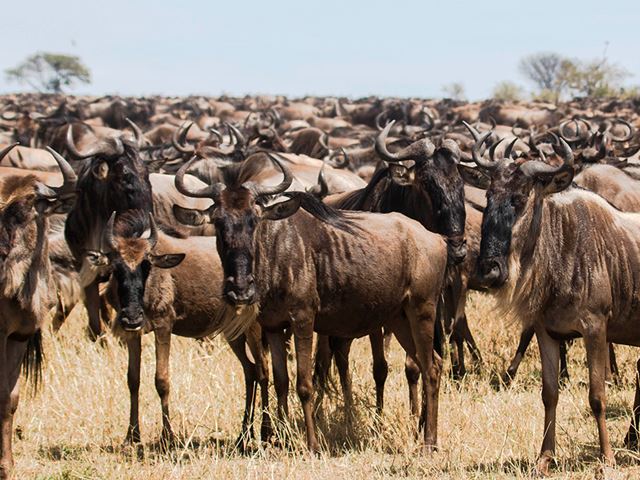 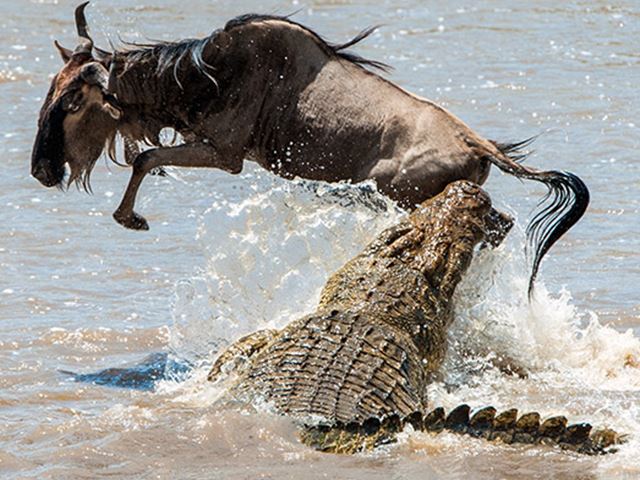