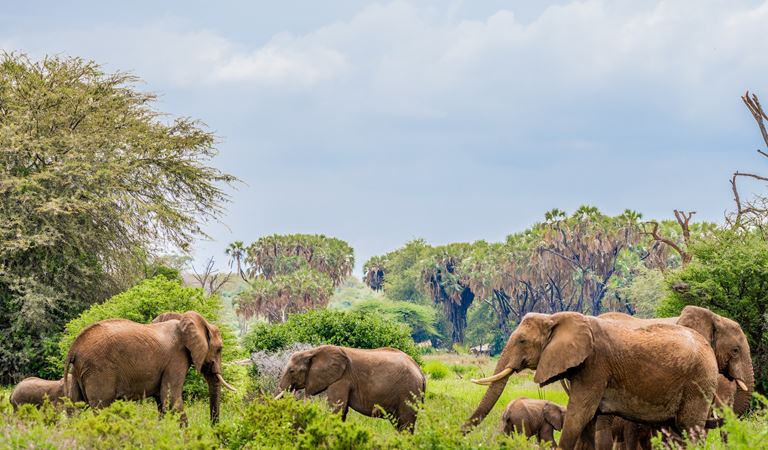 North of Laikipia is Samburu National Reserve, a protected area of arid plains and acacia woodland on the edge of the desert, and one of the top places to visit in Kenya.

The Ewaso Ngiro River runs through the reserve, attracting elephant, zebra and kudu. Leopard skulk in the riverine bush and there are lion prides on either side of the river. Spot the long-necked gerenuk antelope balancing on their hind legs to browse high branches or the blue-skinned Somali ostrich strutting along. Together with the beisa oryx, reticulated giraffe and Grévy’s zebra, they make up the Samburu Big 5. The reserve is also home to more than 400 types of birds, including the migratory species that arrive with the short rains in November.

The Samburu people, known for their distinctive bright fabrics and layers of beaded jewellery, live north of the reserve. Many work as guides and staff in the region’s safari camps, presenting an opportunity for guests to learn about the tribe’s culture and traditions.

Samburu is connected by bush flights to Nairobi and other reserves. It is best combined with a Masai Mara safari and a few days on the beach, either in Zanzibar or on the Kenyan coast.

January and February are two of the best months to travel to Samburu. It’s dry and there are great wildlife-viewing opportunities. The migratory birds are also in Samburu at this time.

January and February are hot and dry months, with an average high of 33°C/91°F. March sees a little more rainfall, as the long rains begin. The average minimum temperature ranges from 14°C/57°F in January to 16°C/61°F in March.

April and May are when the long rains fall in Samburu, with the heaviest rainfall in April. By June, the rains have finished. The landscape is beautiful and green with less dust and perfect sunrise/sunset conditions — all great for photographers.

April sees the most rainfall, with May receiving some and June virtually no rainfall. The average high is 32°C/90°F and the average low is 16°C/61°F.

July to September is a perfect time to visit Samburu. This is the long dry season when the wildlife viewing is best. There are fewer mosquitos around, too.

These months are dry and warm. July and August have an average high temperature of 31°C/88°F, while September is slightly hotter. The average low temperature is 14°C/57°F.

The short rains of this period clear the air and make for better photographic conditions. In November, the migratory birds start flying in from North Africa and Europe. 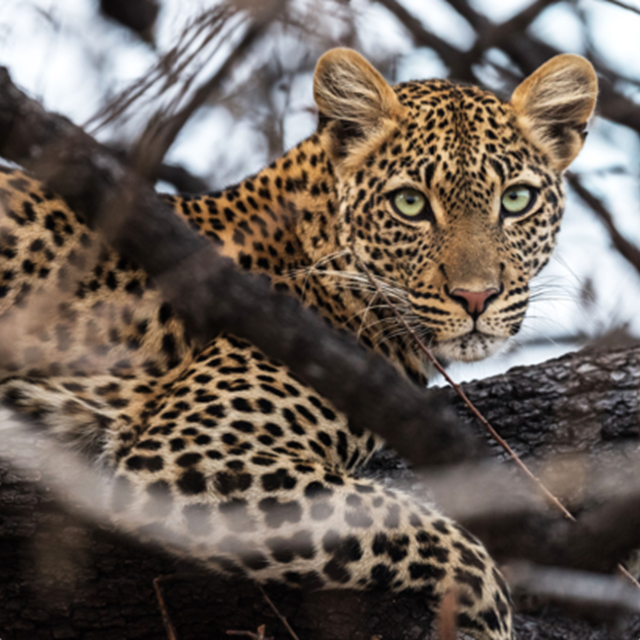