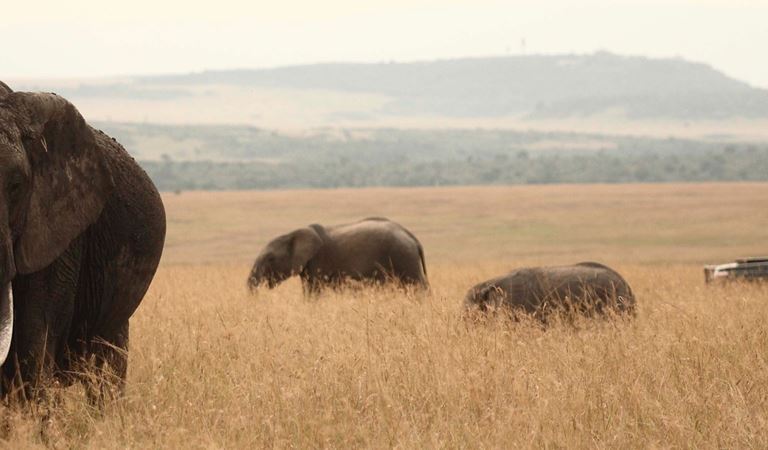 The Serengeti is one of the most iconic destinations in the world, so no wonder it’s one of Tanzania’s top attractions. The subject of many nature documentaries, the park is host to the dramatic Great Migration, where millions of wildebeest, zebras and gazelles must cross the Mara River.

Between June and October, travellers can witness this epic event: the clouds of dust, hooves pummelling the earth, the grunts and splashing of herds crossing the river — some inevitably falling prey to the waiting crocodiles. But that’s not all. On the vast Serengeti plains, you can spot cheetahs scanning from the top of a termite mound, lions beginning their prowl at dusk and herds of browsing elephants moving from tree to tree.

River crossings are seen in the northern Serengeti, but outside migration season, these plains are largely free of safari-goers making it a great time to travel. The wildebeest herds gather in the south from December to February to feed on the lush grass and drop their young. And in the east, you’ll find a high concentration of lion, leopard and cheetah. Serengeti safaris usually start at Kilimanjaro International Airport, just outside Arusha, from where you’ll catch a light aircraft flight. Alternatively, fly to Ngorongoro Crater for your first safari and then take a three-hour drive to your next camp in the Serengeti.

The Serengeti is an excellent year-round destination, though there are events — for example, the wildebeest river crossings — that are only seen at certain times of the year. Our migration camps move around the Serengeti with the herds, while Sayari, Dunia and Namiri Plains are open all year for exceptional game viewing in the northern, central and eastern Serengeti.

The Great Migration moves in a continuous cycle around the Serengeti and Kenya’s Masai Mara. The most popular time to see the herds is when they cross the Mara and Grumeti rivers from June to October, but another great time to visit is January to March, when the wildebeest are calving in the south.

The Serengeti from November to May

Although the focus of Serengeti travel usually centres around the migration river crossings, those in-the-know head to the north after peak season, when the herds and most of the tourists have left. At this time of year — between November and May — it can feel like you have the whole Serengeti to yourself. Find lion and leopard or the critically endangered black rhino in the bush around the Mara River. In the south and the Western Corridor, visitors might even come across packs of wild dog on the hunt. For birders, December to March is when you’ll see the migratory species from Europe and North Africa in the Serengeti. It’s also a good time for photographers as the landscape is lush and the sky clearer.

January to March: Calving in the south

January: The calving season begins in the Ngorongoro area of the southern Serengeti.

February: The wildebeest are grazing and calving in the south-east.

March: Calving ends and the rutting season (when males compete for females) begins.

January to March: In the north

Serengeti camps in the north: Sayari

The northern Serengeti enjoys a quieter period at this time with fewer travellers, but no less exceptional wildlife. While there's an increased chance of rain at this time, this causes the vegetation to be lush and green and the air to be clear and free from dust. In addition to the plentiful wildlife, there's also an increase in migratory bird species.

April to May: Gathering in the central region and Seronera Valley

Serengeti camps near the migration: Dunia and Namiri Plains

April: The wildebeest start moving north and grouping in the central areas of the Serengeti.

May: As the rains end, the animals start moving towards the north-west around the Grumeti River, where they remain until late June.

June to July: The march north and into the Western Corridor

June: The dry season starts, with the animals around the Grumeti River.

July: The main migration of wildebeest, zebra and eland head north across the Mara River, arriving at the Kenyan border and then into the Masai Mara around late July/August.

June to July: In the eastern Serengeti

June and July are dry and fairly quiet in terms of tourist numbers, but still offers god wildlife spotting.

August: The wildebeest cross the Mara River, many perishing in the stampede.

September: The herds are mostly concentrated in Kenya’s Masai Mara, the northernmost range of the trek, but many still remain in the Serengeti.

October: The wildebeest face the swollen waters of the Mara River once more as they cross on their return journey.

August to October: In the rest of the Serengeti

Conditions are fairly dry at this time, resulting in good wildlife viewing as the animals gather around remaining water holes.

Serengeti camps near the migration: Olakira, Kimondo and Ubuntu (all in the north before moving south in November), Sayari, Namiri Plains, Dunia

November: The short rains propel the wildebeest farther south to the rejuvenated grasses of the Serengeti.

December: The wildebeest make their way back ‘home’ toward the southern grasslands of the Serengeti, ready to begin calving and begin their trek all over again.

March to May (long rains) and November to December (short rains)

The Serengeti is home to a remarkable number of species, including over 70 big mammals and more than 500 bird species. The main event is the Great Migration, Africa’s second longest land migration, where around 1.5 million wildebeest, 500,000 Thomson’s gazelles and 250,000 zebras travel in an endless cycle around the Serengeti-Mara ecosystem, following the rains. But there’s much more besides the migration herds. You’ll find the Big 5 (lion — numbering around 3,500 — leopard, elephant, rhino and buffalo), as well as other predators such as cheetah, spotted hyena and wild dog (the latter mostly in the south). You might also spot hippo in the river, klipspringer, oribi and Coke’s hartebeest, serval (including unusual black melanistic varieties), bat-eared fox and golden jackal. Then there are super-rare animals to look out for, including the aardwolf and ground pangolin. 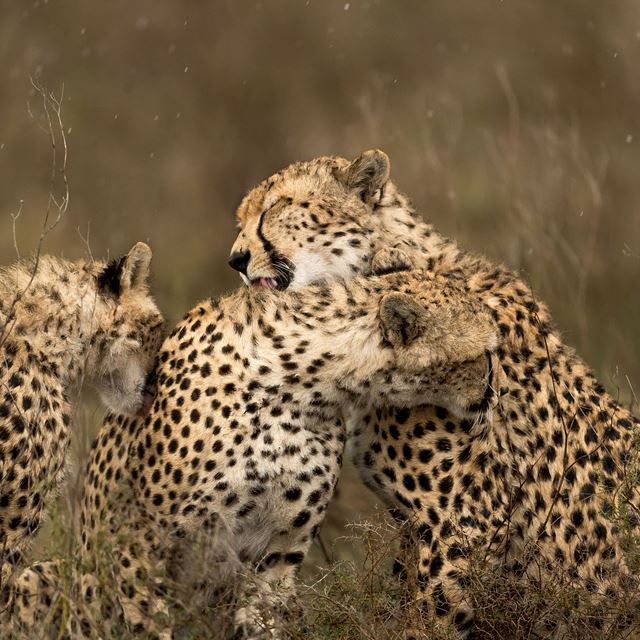 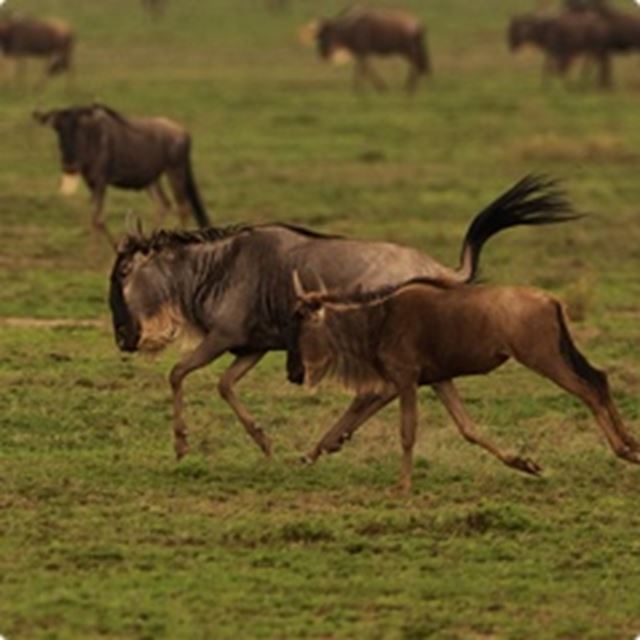