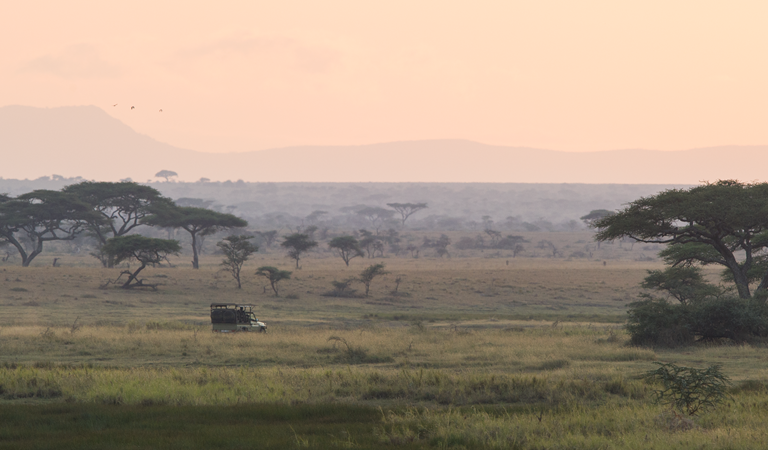 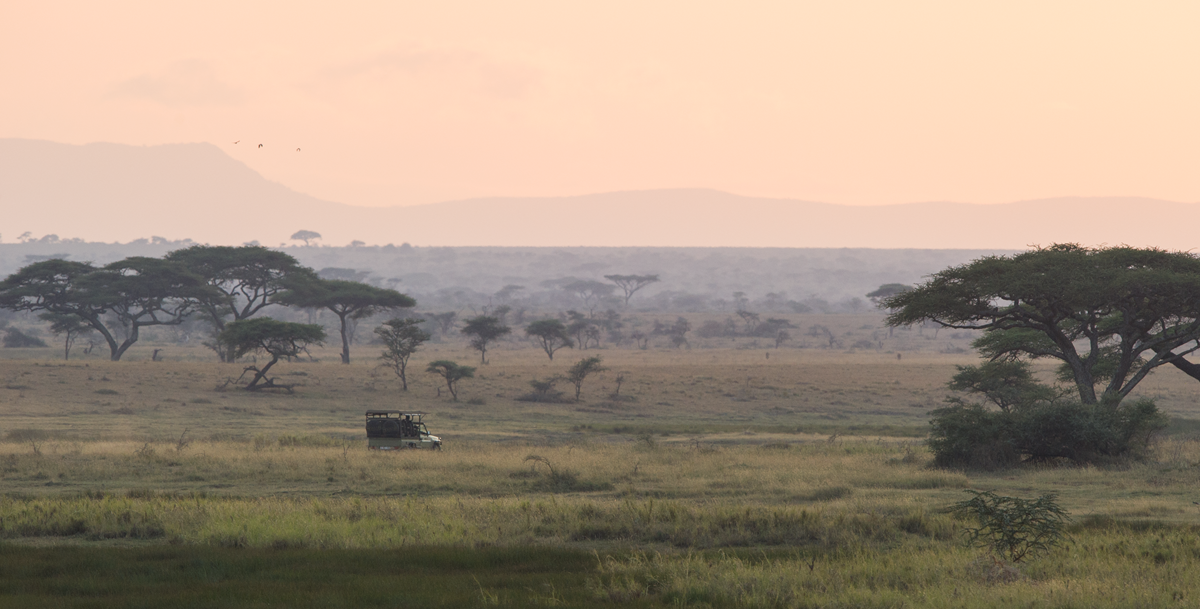 While exploring the grasslands close to Namiri Plains, you might come face to face with one of our most beautiful, and unique, wildcats – Manja, the melanistic serval. Named after one of our guides who first spotted him, Manja Kema, this gorgeous feline has become quite the celebrity in the eastern Serengeti region.

Earlier in October, George the Explorer visited Namiri Plains and while there he captured some incredible images of Manja. 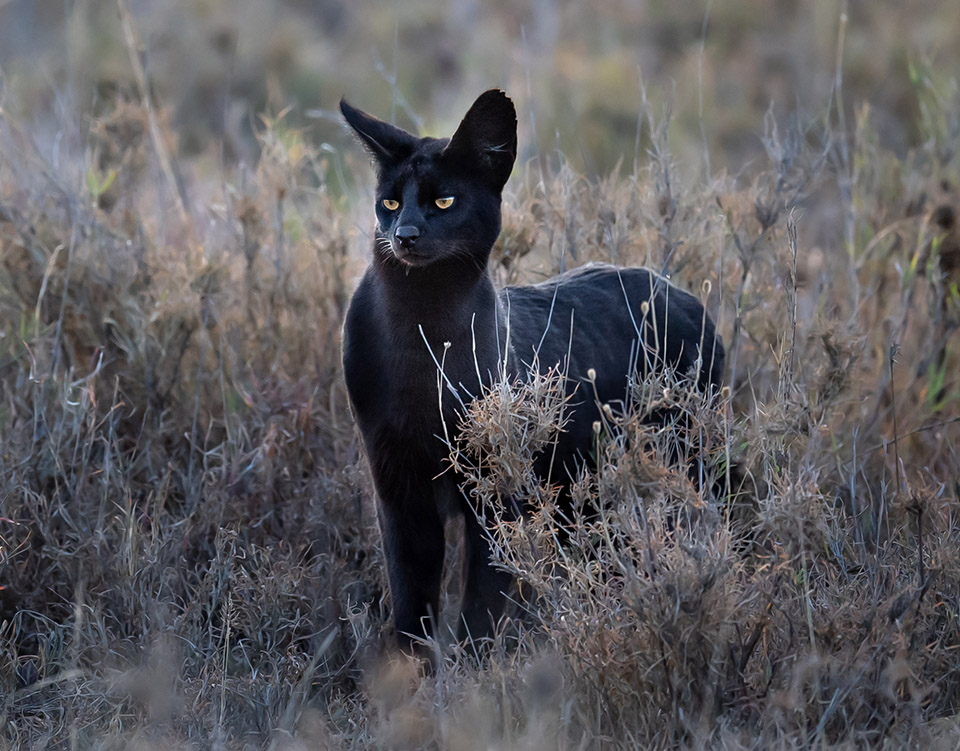 George had the following to say about his encounter with Manja:

“For context, even seeing a “normal” serval is tough. They’re shy, secretive cats that tend to live in tall grasses — the perfect combination for staying unnoticed. Every time I’ve been privileged enough to see them, my heart skips a beat. ⁣There’s no guarantee that Manjashould he find a mate, will produce melanistic kittens. As melanism is carried by a recessive gene, it could be years before any begin appearing in the area. The hope, for now, is that he continues to flourish in the grasslands and build on his territory. Also, what serval could resist those charming good looks?!⁣”

How do melanistic servals come to be?

Melanism is the increased development of the dark-coloured pigment, melanin, in skin and hair. Due to a recessive gene that causes excess melanin to be produced, the serval’s usually golden, spotted coat instead becomes completely black. In servals, this primarily occurs in East Africa, particularly in the highland regions, which are more than 2,000m above sea level. This phenomenon is known to scientists as the ‘thermal melanism hypothesis’. It states that animals who live in higher altitudes – and are therefore subject to colder temperatures – have a greater likelihood of being melanistic, so as to absorb more solar radiation, warm up more quickly, and maintain their activity levels. The hypothesis also states that darker colours are favourable at high altitudes in order to increase protection against the sun’s UV rays.

At around 1,000m above sea level, Namiri Plains is located considerably lower than the normal altitude at which melanism is more prevalent. It’s likely, then, that this particular serval travelled from the nearby – and much higher – Ngorongoro Crater, and established a new territory close to our camp.

Other sightings of Manja in the Serengeti

Photographer Marc Mol visited the plains of Namiri earlier in September and captured some stunning images of Manja too. According to him, there have been only four recorded sightings of a melanistic serval in the Serengeti. Marc had this to say about his encounter:

“It’s difficult at the best of times to locate your normal “garden variety” serval so finding this small cat was never going to be a simple task, and one I specifically spent 3 weeks tracking. Such a rare and special treat to witness this magical small predator hunting, gotta love those piercing golden eyes!”

Manja isn’t just a celebrity in the Serengeti – he’s world-famous! His image was shared by BBC Earth, and he has been featured in a number of other esteemed publications and social media around the globe.

Join us at Namiri Plains

The closest neighbour to Namiri Plains is over an hour’s drive away, so while staying with us you might just find yourself thinking that you have the area all to yourself! The camp was created with safari enthusiasts in mind – those who seek comfort and exclusivity in secluded surroundings. Namiri Plains is elegant, stylish, and blissfully comfortable. Let us take you on your best Serengeti safari yet.

Ready to plan your dream safari?

After a difficult year and before the onslaught of Christmas, my father and I...