The Ruaha landscape in southern Tanzania is recognized globally for its outstanding biodiversity and species endemism. The European Union formally identified it as a Key Landscape for Conservation. Home to 10% of the world’s remaining lions Ruaha is an important contributor to the big cats’ continued existence.

After six years in big cat conservation in Namibia, followed by an MSc and PhD in the Ruaha area (which highlighted the intensity of HWC around Ruaha), Dr Amy Dickman, along with two of her Tanzanian colleagues, founded the Ruaha Carnivore Project (RCP) in 2009. This was the first programme of its kind in Ruaha, with the mission to achieve successful human-carnivore coexistence by empowering local communities and develop effective strategies for long-term carnivore conservation. 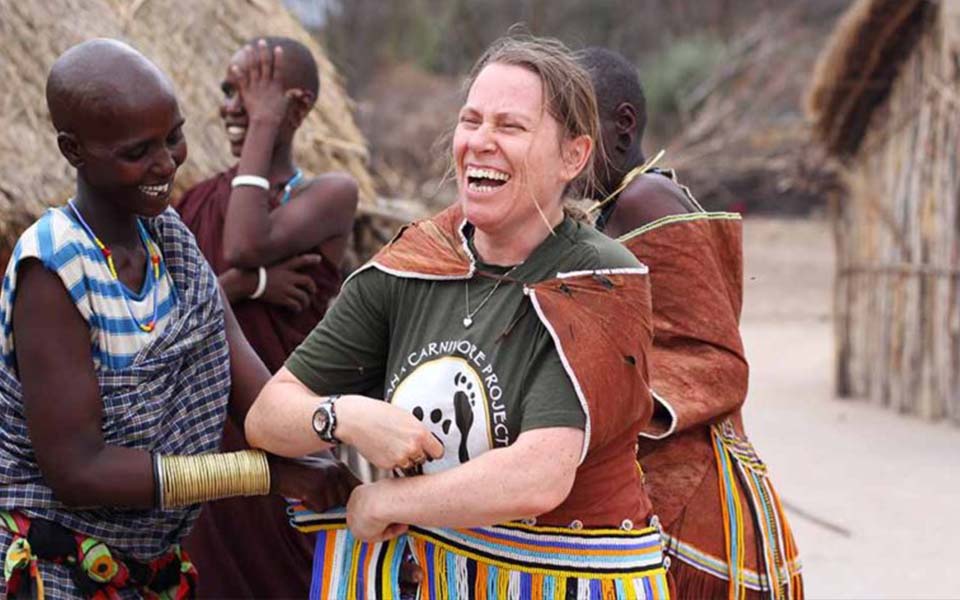 “Developing trust with the local communities, many of whom are traditional pastoralists for whom livestockare vital, and lions are viewed as the enemy, was extremely challenging,” explains Dickman.

Camped in three tiny tents under a tree on village land just outside the national park, Dickman and her colleagues had no power, no running water and no vehicle of their own. They started by investigating lion killing on the village’s land and found that it was far higher than originally thought – over 35 lions in just one year.

“Many of the lion killings occurred after attacks on stock, often in traditional hunts, and people saw no reason to keep lions or other wildlife around as they suffered high costs and received few or no benefits,” explains Dickman.

Improving local attitudes towards lions and other wildlife was therefore vital. It took 2 years for the local warriors to even start discussing the issue with Dickman and her team.

The top priority was reducing carnivore attacks on livestock. Two-thirds of attacks occurred in poorly protected livestock enclosures and so RCP has reinforced nearly 150bomaswith wire, reducing attacks by over 95%.

The Ruaha Carnivore Project recently announced the successful construction of the first mobile canvas livestock enclosure in East Africa. This new and innovative concept protects wildlife and it is said to improve soil productivity. The current beneficiary of this product is the chairman to a group of pastoralists in the village of Makifu – he will keep 40 cows in the enclosure and will receive the simultaneous benefit keeping his livestock protected from predators and cow droppings fertilising the soil. The RCP team will return at a later stage to move the enclosure next to where the boma is currently set up, to continue fertilisation of the soil. 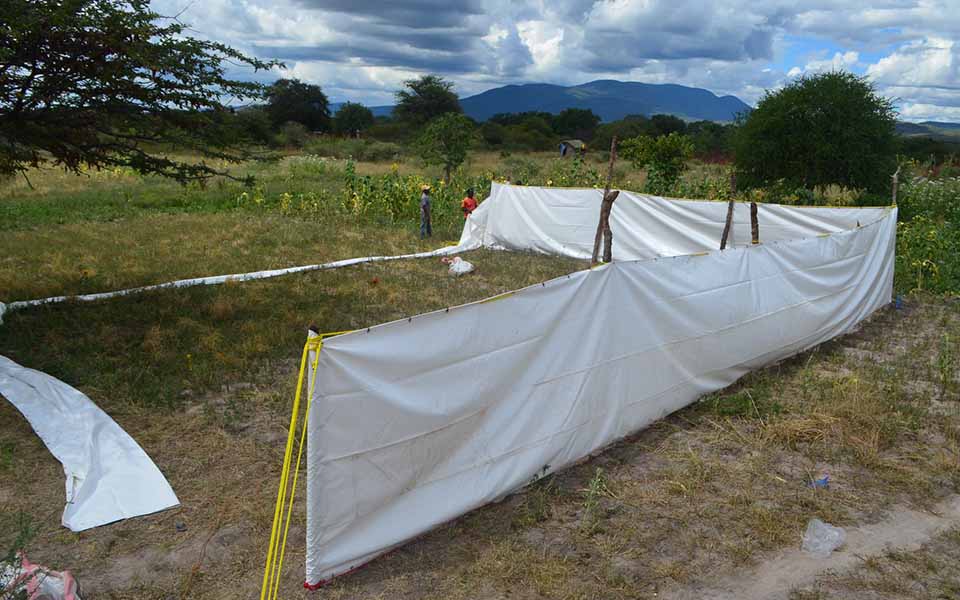 Protecting grazing livestock is harder. Having worked with Anatolian shepherd dogs before, Dickman introduced nine into the Ruaha area. “Although mortality rates are quite high, the dogs have proved they can effectively defend livestock, even from lions,” she says.

The project also trains and employs ‘conflict officers’ in 11 villages. They respond to attacks and provide advice to villagers on how to reduce the chance of them happening again.

In addition, the project works with the Lion Guardians in Kenya, and has adapted its model of employing Barabaig warriors so that they gain prestige through conservation rather than lion killing. Currently RCP has 14 warriors fulfilling their traditional protective role in the community – they have fortified over 500 enclosures and have found over 10,000 lost livestock (as well as many lost children), thereby reducing the chances of depredation and retaliatory killings. The warriors, known as Lion Defenders, also gain prestige through learning literacy and international travel. Importantly, they are the individuals best placed to learn about and stop traditional hunts. They have stopped nearly 50 hunts so far.

These initiatives have reduced depredation by over 60%.

The density of lions in Ruaha National park is not only extremely high, but these species play an important role in keeping the area’s ecosystem balanced. Despite the global importance this area owns, Ruaha’s carnivore population is still very much understudied, therefore collecting data on these animals has been made a priority in multinational conservation action plans. The RCP uses methods such as satellite-tracking, camera-trapping and sightings to collect the valuable data.

People will generally only conserve wildlife long-term if they see real benefits that outweigh any remaining costs, and so RCP started by asking villagers what benefits they would like to see. They identified education, healthcare and veterinary medicines. Benefits need to be linked to wildlife presence, so a community camera-trapping programme was developed whereby villagers are trained and employed to monitor wildlife on village land and outside the park using camera-traps. The camera-traps are especially important outside of the park because here animals are often hard to see. Villages which record more wildlife receive significant additional benefits.

“This innovative programme is now working across 12 villages, and provides $60,000 of additional healthcare, veterinary and educational benefits to local communities each year, making it one of the largest development programmes in the area,” says Dickman. 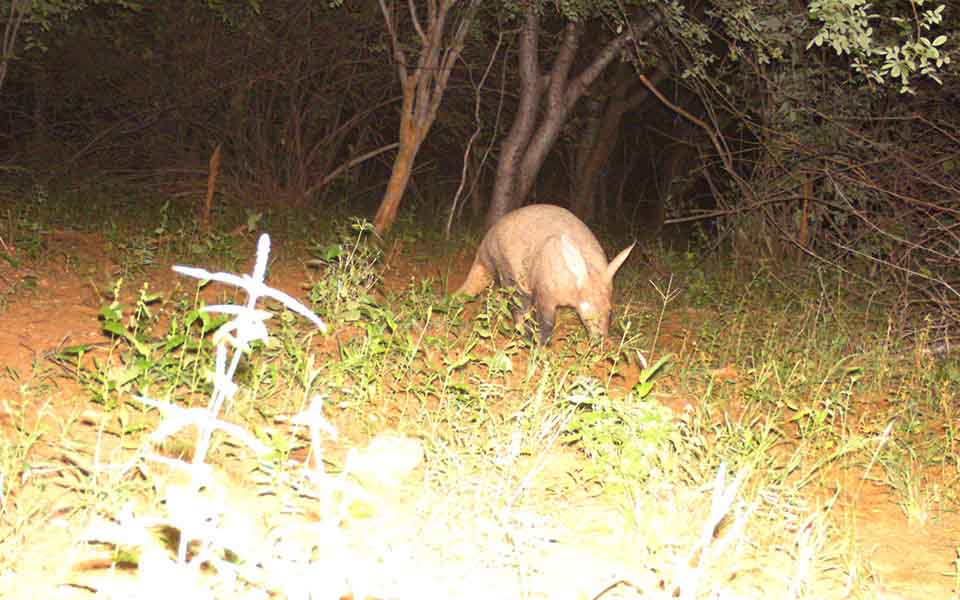 Attitudes are certainly changing – in 2011, when Dickman and her team first engaged with the warriors, young men were rewarded with gifts of cattle from other community members for killing lions, and could receive up to 20 cattle each time they killed a lion. Recently, a group of young men went out on a lion hunt, but instead of generating community support, they were called back from the hunt by other villagers.

“The women, in particular, stood up and said that the lions being hunted were the ones that provided school books and food to their children, and were the reason they could give birth more safely,” says Dickman.

The villagers decided to fine each young man who had gone on the hunt one cow each – a major consequence in these societies – and implemented community bans on any lion or elephant hunts.

Overall, lion killings have been reduced by over 80% in the core study area.