Ruaha National Park – The destination for your African lion safari

Few parks in Africa can boast the lion numbers that Ruaha National Park delivers. If lions are at the top of your safari agenda, or if you simply want an off-the-beaten-track experience, then Ruaha is for you.

As a safari destination, Tanzania offers a wealth of natural beauty and exciting wildlife. Almost a third of the country has been set aside as national parks, conservation areas, game reserves and controlled areas. These areas are crucial in protecting the countries wildlife and conserving the natural habitat biodiversity. One of the most remarkable of these protected areas, is Ruaha National Park. 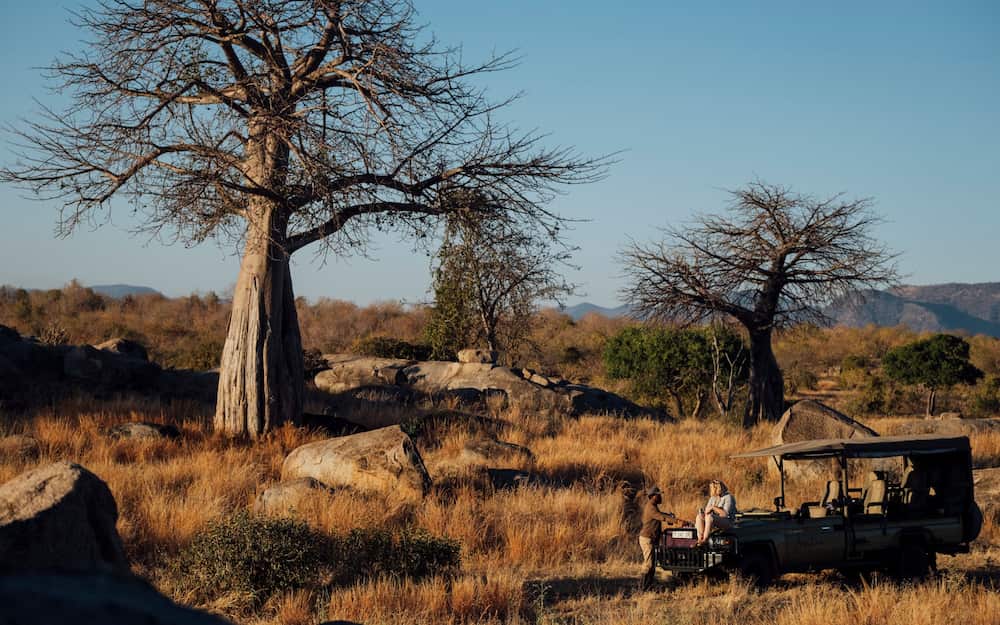 One of the largest national parks in Tanzania, Ruaha offers a vast, diverse, and seasonal landscape that dramatically transforms between the dry and wet seasons. Grassy plains shift from golden to green, barren baobabs produce leaves and flowers, and dry sandy riverbeds run fast and deep towards the Great Ruaha River. Migrant birds follow the change in season, while the behaviour of wildlife reflects the changes in availability of access to water. With only a handful of safari camps in an area larger than the Serengeti, Ruaha offers the discerning traveller a sense of exclusivity amongst some of Tanzania’s finest game viewing.

The scope of wildlife in Ruaha is extraordinary, with 80 animal species, a checklist of over 550 recorded bird species, and 10% of the world’s lion population calling this region home. Lion prides swell up to numbers of 25 adults, bringing down large game such as buffalo and giraffe. If it’s an African lion safari you are looking for, Ruaha is where you should be heading. Birding is great all year round, however, for avid birders, we recommend a visit from October to March, when you will have the opportunity to spot the migratory bird species. Leopard can often be found in the thicker woodland while lion and cheetah roam freely on the open plains. The elusive African wild dog can be found here, and black-backed jackal and hyena both have strong populations too. Also commonly seen in the area are buffalo, zebra, giraffe, greater and lesser kudu, Lichtenstein’s hartebeest, waterbuck, bushbuck and impala. 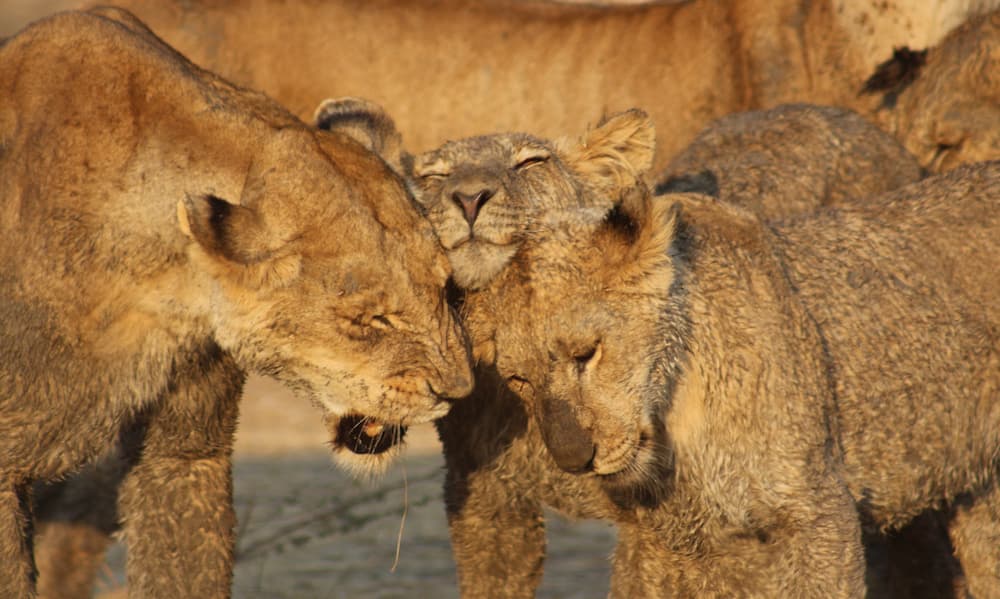 A pride of African lions greet each other in the morning sun.

Game drives in open-sided safari vehicles depart from camp in the early morning and late afternoon, looking to capture the cooler hours of the day when wildlife is typically more active. A picnic breakfast is usually enjoyed in the bush, but a packed lunch can also be requested if you’d prefer to only depart camp after breakfast or stay out for the full day. An afternoon game drive usually always culminates with a cold drink, enjoyed in the bush, as the sun slides into the horizon. 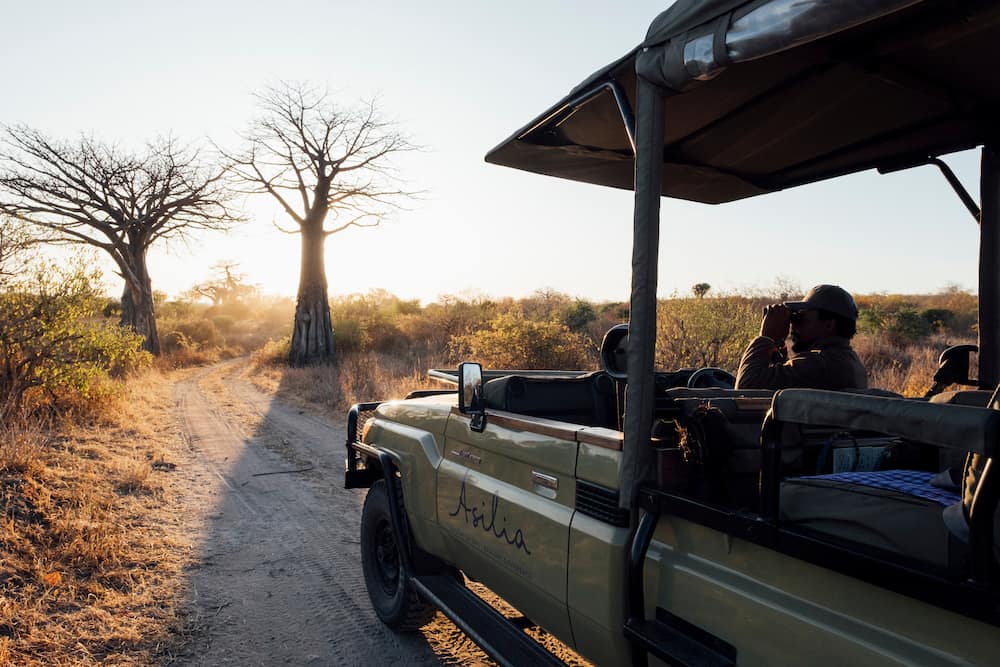 Open-sided safari vehicles allow for improved access to the sights and sounds of the bush.

During the dry season months, when the bush allows better visibility, a walking safari offers an exhilarating wilderness experience. The emphasis lies on appreciating the smaller, more unique, elements of the ecosystem, but your senses will be on high alert knowing that you may see something bigger.

Under the cover of darkness, the shy and elusive nocturnal animals make an appearance. A night game drive, with a red-filtered spotting light, allows for a glimpse into the darkness with the hopes of seeing perhaps a striped hyena, honey badger or bat-eared fox. Switch off the engine and the lights and take a moment to appreciate the stillness and night-time noises of the Ruaha bush. Don’t forget to look up, to marvel at the blanket of stars across the night sky.

In the far south of the park, Usangu Expedition Camp offers a variety of research-based activities alongside more traditional safari experiences. A walking safari may include the setup of a new camera trap, or a game drive may include the recording of precise information about a lion’s specific markings and identifying features. 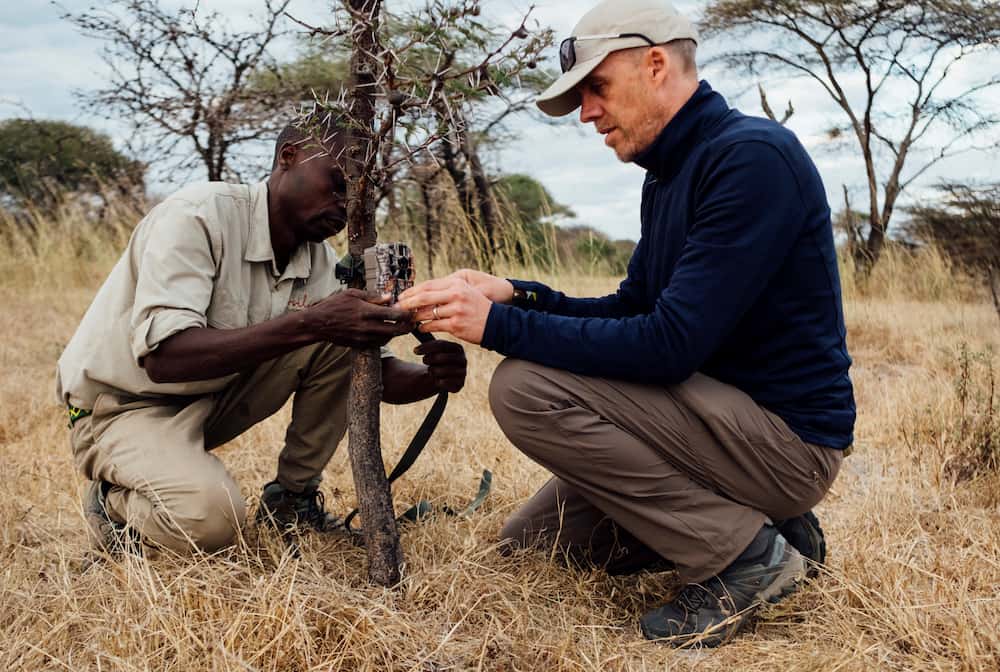 Activities at Usangu Expedition Camp include the installation and monitoring of camera traps.

Kwihala is a frontier-style camp, situated on the banks of the dry Mwagusi Sand River, offering a traditional under-canvas safari experience. 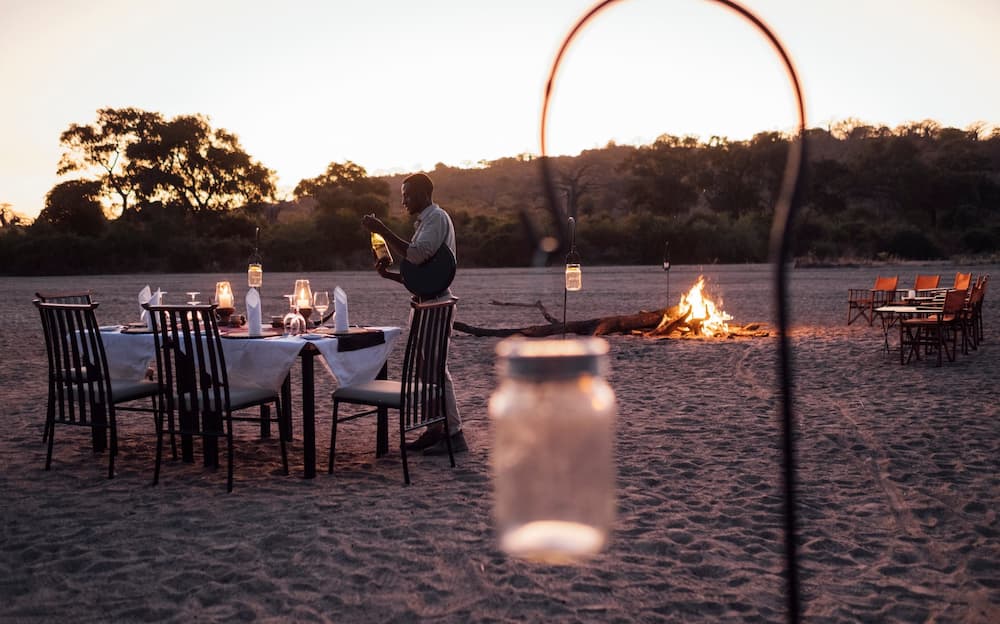 The dry riverbed in front of Kwihala Camp offers an idyllic setting for fireside drinks and candle-lit dining.

Jabali Ridge is perched on a rocky outcrop in one of the best locations the park has to offer. A sophisticated retreat from which to explore the wilderness of Ruaha.

Jabali Private House offers total privacy and complete flexibility in your safari itinerary. With a private safari vehicle and guide, this is the ultimate base for a family of group of friends. 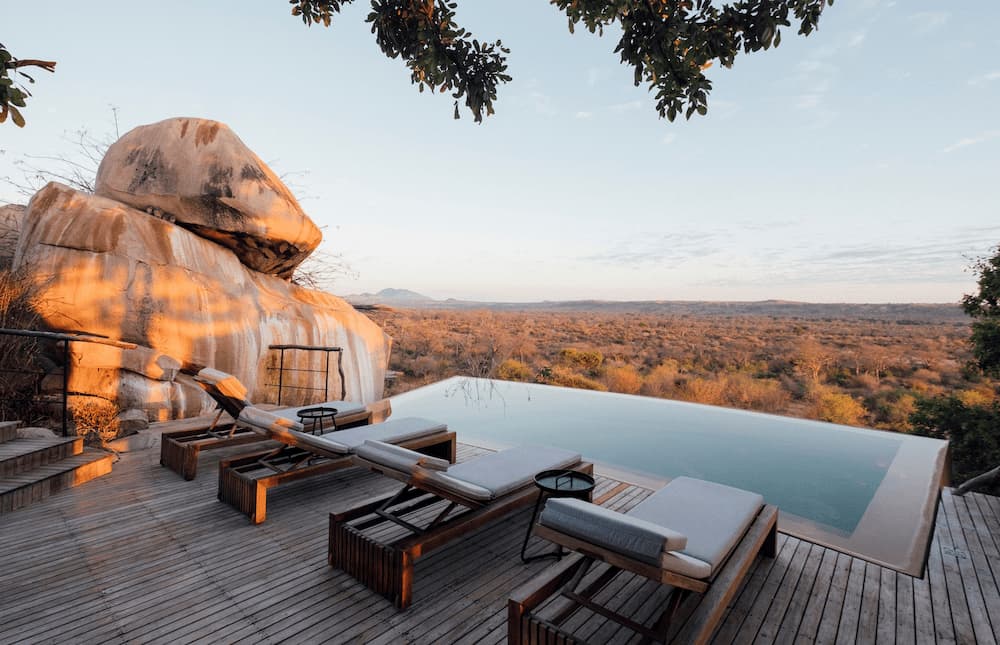 The Jabali Ridge swimming pool features some of the best views of Ruaha. 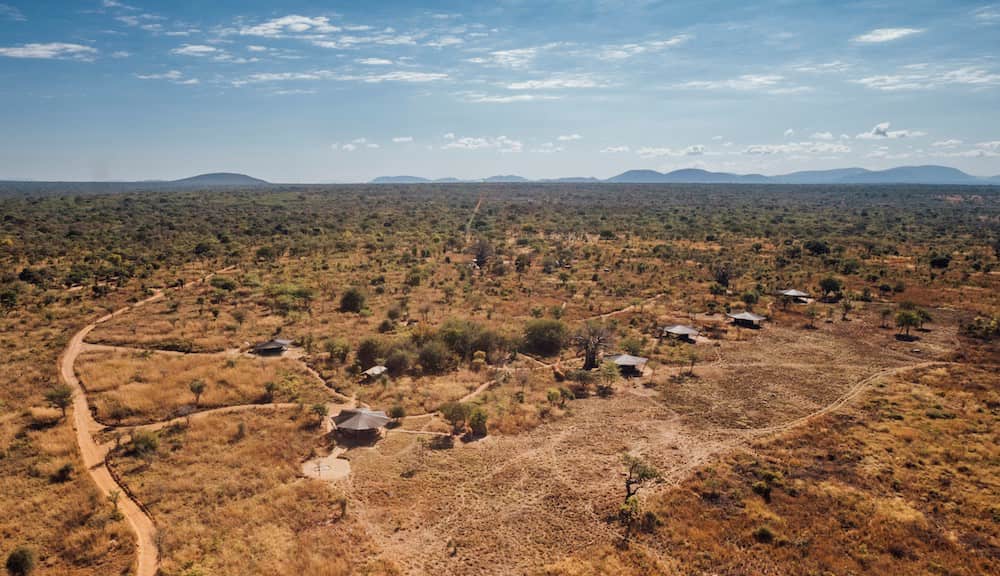 An aerial view of Usangu Expedition Camp, in the Usangu Wetlands.

Ruaha National Park offers a rewarding safari experience and a sense of exclusivity so rarely obtained in prime wildlife viewing locations. The diversity of the landscape, the remarkable wildlife, and the safari activities available combine into an offering that makes Ruaha National Park a favourite for all who have experienced it.