Now in its eighth year of operation, the Twende Porini program has proven itself to be one of our most valuable contributors towards education and conservation awareness for children from our surrounding communities.

Twende Porini is Swahili for “Let’s go to the bush”

Over the past eight years, nearly 400 children from communities adjacent to the parks and conservancies in which we operate have passed through the Twende Porini program. Swahili for “Let’s go to the bush”, the program aims to offer children an authentic safari camp experience coupled with educational information about the importance of conservation. Starting at Sayari in 2015, the program has since included Rekero, Naboisho, Rubondo Island Lodge, The Highlands, Oliver’s and Roho ya Selous. Most recently, Twende Porini returned to Kwihala Camp, where it last visited in 2017.

When the Usangu Wetlands were incorporated into Ruaha National Park, the local people – the Sangu – had to adjust to the new rules of the national park. Some had to move as their land now fell within the park boundary, while others had to find new livelihoods as they could no longer legally hunt bushmeat or catch fish in the river. Understandably, not everyone was happy with the changes. Communities on the outskirts of national parks will usually benefit from tourism, either through job creation or community development programs. However, as there were no tourism products in the Usangu Wetlands, communities were struggling to see how the new national park boundary offered them any benefit. 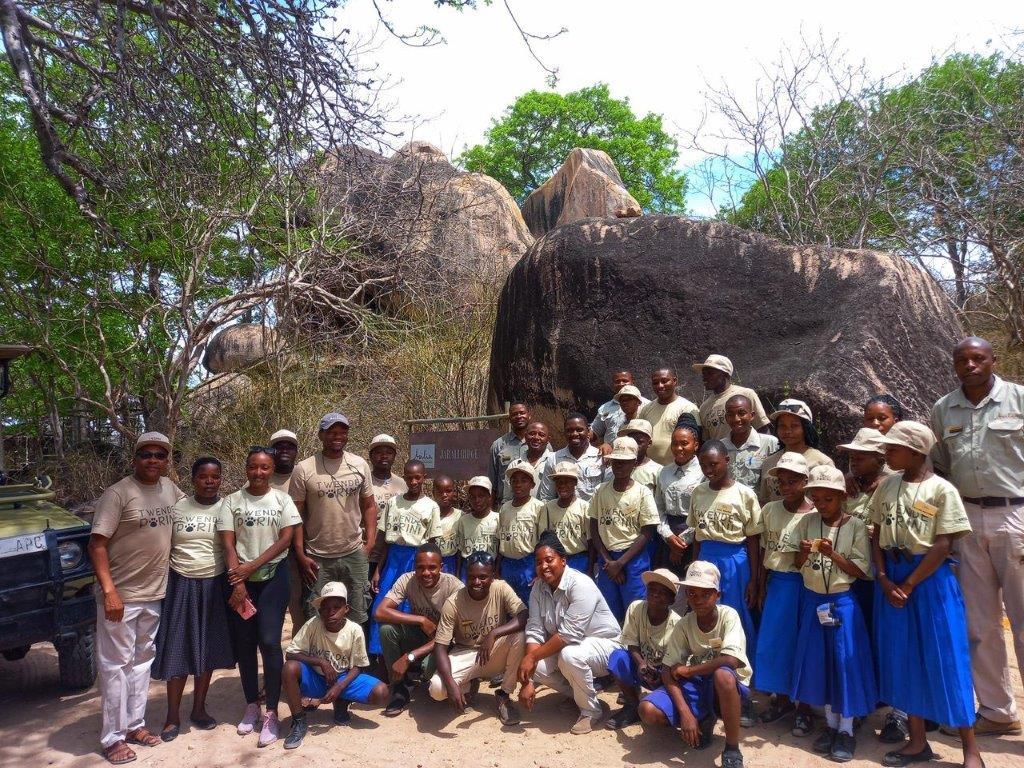 The Twende Porini groups had the opportunity to visit Jabali Ridge whilst in Ruaha National Park.

In 2017, when we first received permission to build Usangu Expedition Camp, we approached the neighbouring communities to discuss our plans and how they could impact the communities. Initial conversations were met with support and, today, Usangu Expedition Camp is staffed nearly entirely by members of the surrounding community. In an effort to continue the community development and further the positive impact being made, these communities were selected for the Twende Porini program for 2022.

16 students from two primary schools were selected based on their performance in the classroom and, accompanied by two schoolteachers, undertook the 200-kilometre bus drive from the outskirts of the national park to Kwihala Camp. On arrival into camp, there was much singing and dancing as the staff welcomed them into what was, almost certainly, their first safari camp experience. 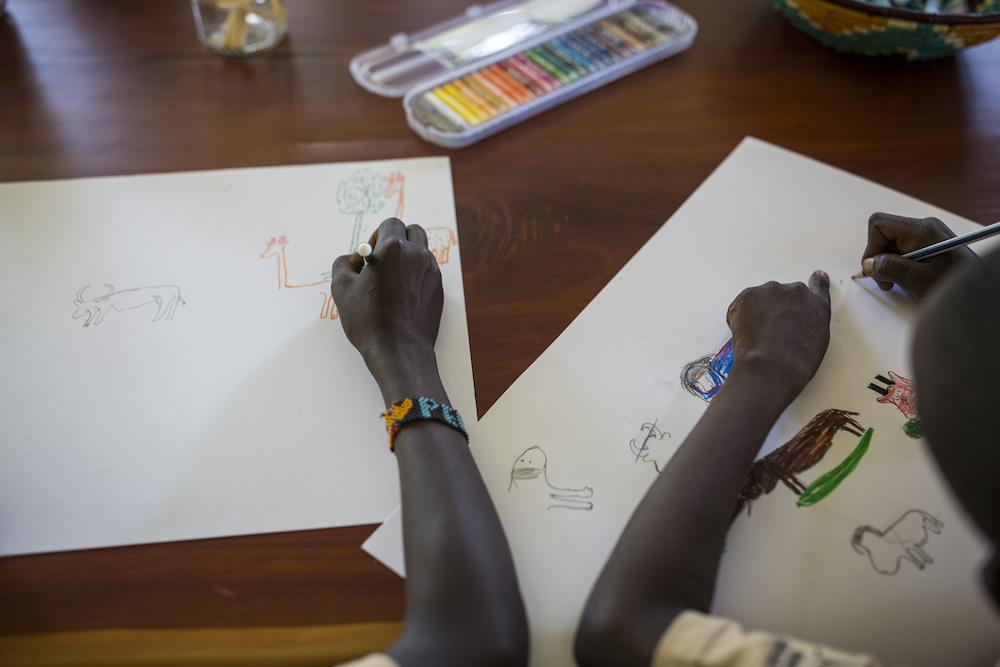 Afternoon activities include art classes and drawing the wildlife seen on the morning game drive.

The next five days in camp are packed full of educational activities, sports, and game drives. While there’s a firm emphasis on having fun, the goal is to have these children depart from camp with a strong foundational interest in the protection and conservation of the wildlife and wilderness. Daily game drives introduce them to the wonders of wildlife and the beauty of the natural landscape, while short talks from park officials help to explain the importance of tourism and conservation working together. Fireside conversations cover topics like poaching and the illegal use of land for agriculture, and how these practices negatively impact the eco system. Pollution, it’s effect on the environment, and the small measures that each individual can take to help limit pollution is also covered. 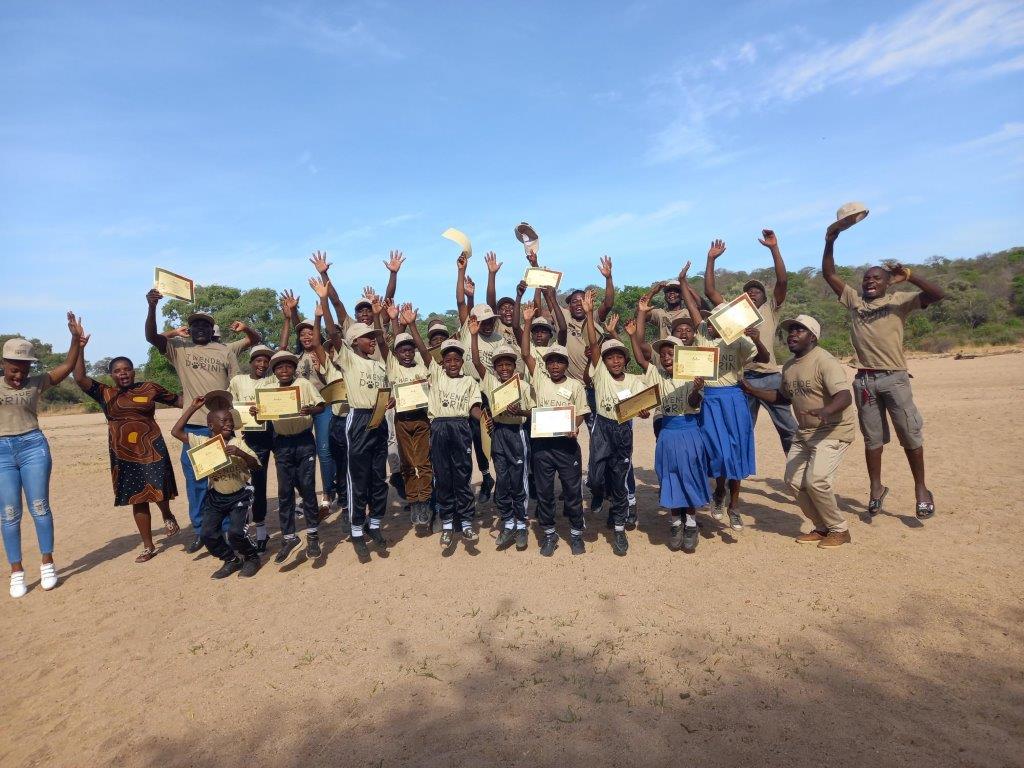 The Kwihala Twende Porini group celebrates after being awarded with their certificates of appreciation.

Each Twende Porini program aims to accomplish similar goals, but the focus points differ slightly depending on the challenges and circumstances affecting the community in question. For communities living on the outskirts of national parks, human-wildlife conflict is a recurring theme as livestock and crops attract the likes of lion and elephant. Many children grow up with a fear of wildlife, viewing lion and elephant as unwelcome animals based on their negative experiences. Game drives introduce the children to wildlife in a non-threatening manner, providing the opportunity to appreciate the wildlife in its natural surroundings. As the fear turns to fascination, the door opens for education and an interest in conserving the wilderness can take hold. 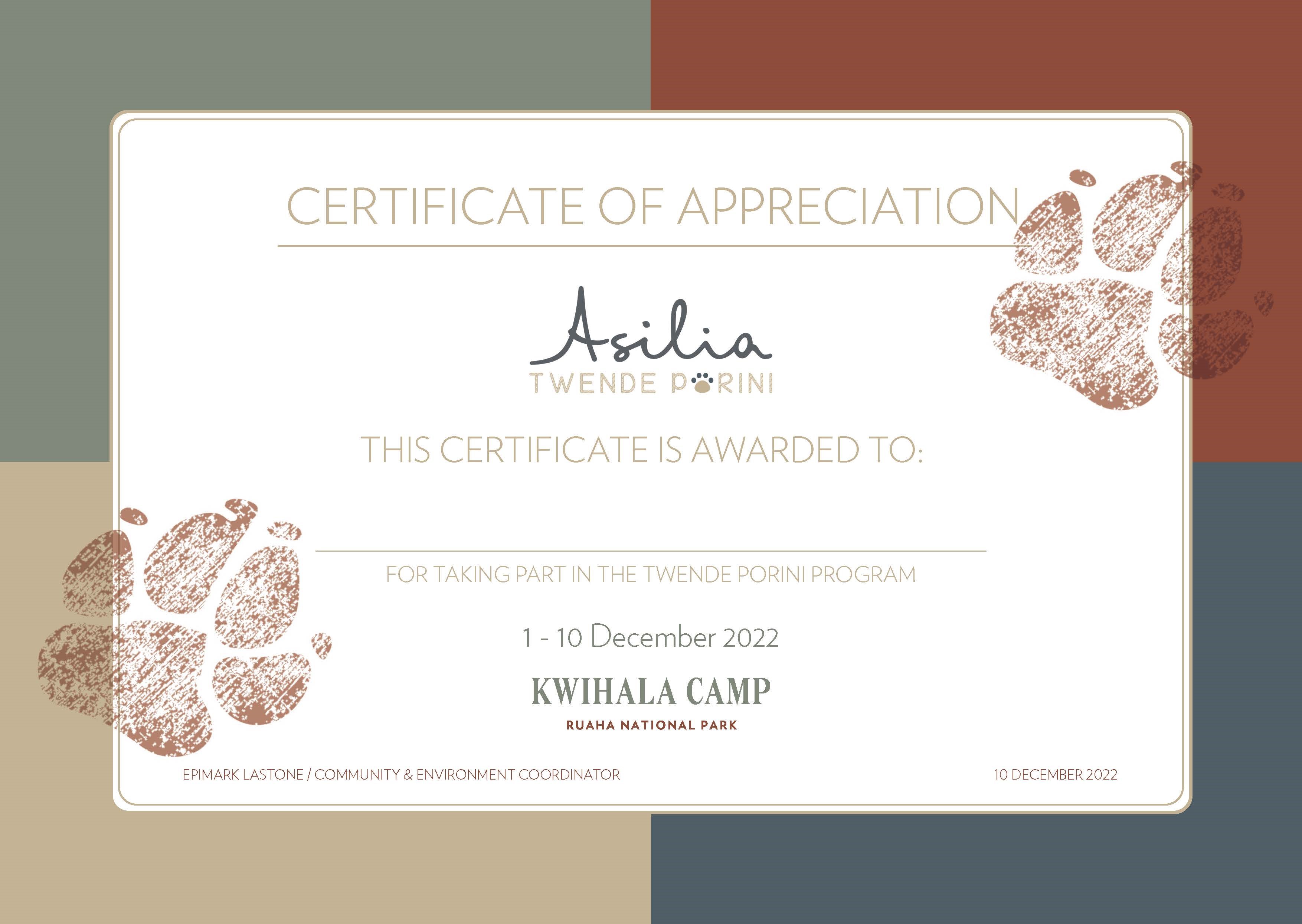 The Twende Porini certificate of appreciation for 2022.

By the time these children leave the camp, it is our hope that they will be ambassadors for the protection of wilderness areas and the wildlife that resides within it. We aim to instil an appreciation for the wildlife and an understanding of the partnership between wildlife, tourism and community development. We hope that they will explain what they have learnt to their family members and school friends and, when the time comes, perhaps they will pursue careers in the sphere of conservation.

Are you ready to say “twende porini”?