If you’ve had a chance to watch the first episode of BBC One’s Serengeti series, you’re probably hooked already!

The Serengeti is a region filled with connected species and events – each and every animal has its place and purpose. Filmed over the course of a year, the Serengeti series follows the intertwined stories of several animals that call these plains home and showcases the intense drama and action that accompanies the area’s distinctive wildlife.

In the first episode we are introduced to Kali, a brave lioness; Bakari, a passionate male baboon; and Tembo, a juvenile elephant. Food is abundant and the plains are full of life, however, a series of unexpected events lead families to turn on one another, pushing their relationships to the limit. As seasons change in Africa, so does the availability of food andthe struggle for survival becomes more apparent. The many characters face a number of challenges, as well as triumphs, along the way which are all spectacularly captured byBBC One.

Experience the Serengeti with Asilia

We pride ourselves on offering immersive, genuine and engaging safari experiences in the best locations that East African has to offer, one of these being the Serengeti. Often described as the quintessential safari destination, the Serengeti is not only home to hundreds of remarkable species but is also to one of the greatest spectacles in nature, The Great Wildebeest Migration. 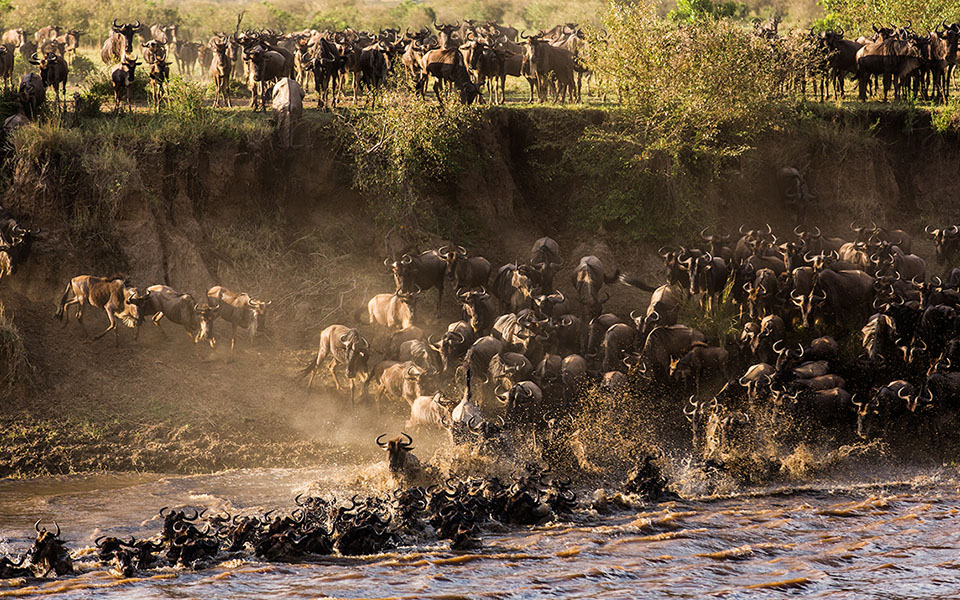 The epic struggle and drama of The Great Migration.

With three mobile-migration camps positioned in the best locations along the annual migration route, you’re guaranteed a front-row seat to all the heart-pounding action when staying with us. These camps move during the year in order to follow the herds on their epic 1000-kilometre trek through Tanzania and Kenya. Join us at either Olakira Migration Camp, Ubuntu Migration Camp, or Kimondo Migration Camp for a truly immersive and genuine safari experience of the Great Migration.

Join us at Dunia, our all-female-run property in the centre of the Serengeti, which has easy access to the scenic Moru Kopjes and superb sightings of big cats, leopard, and even rhino that roam the forests close to camp. 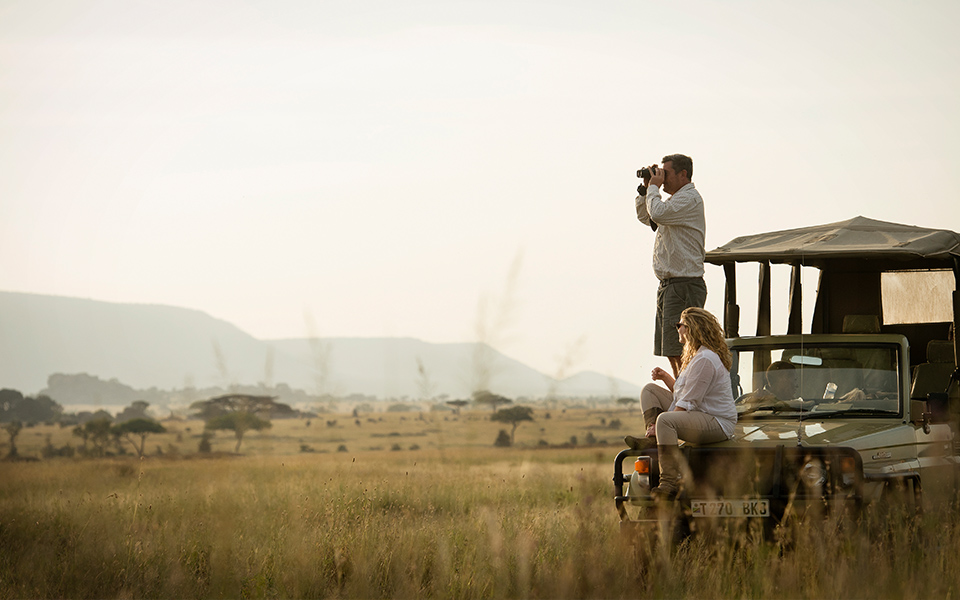 Searching the plains close to Dunia for wildlife.

Sayari is well-known for its extraordinary wildlife sightings as well as its elegant and lush accommodations. Super-comfortable hillside suits accompanied by a gorgeous rim-flow swimming pool overlooking the sweeping northern Serengeti plains mean it is no surprise that this camp is regularly voted one of the top safari escapes on the planet. 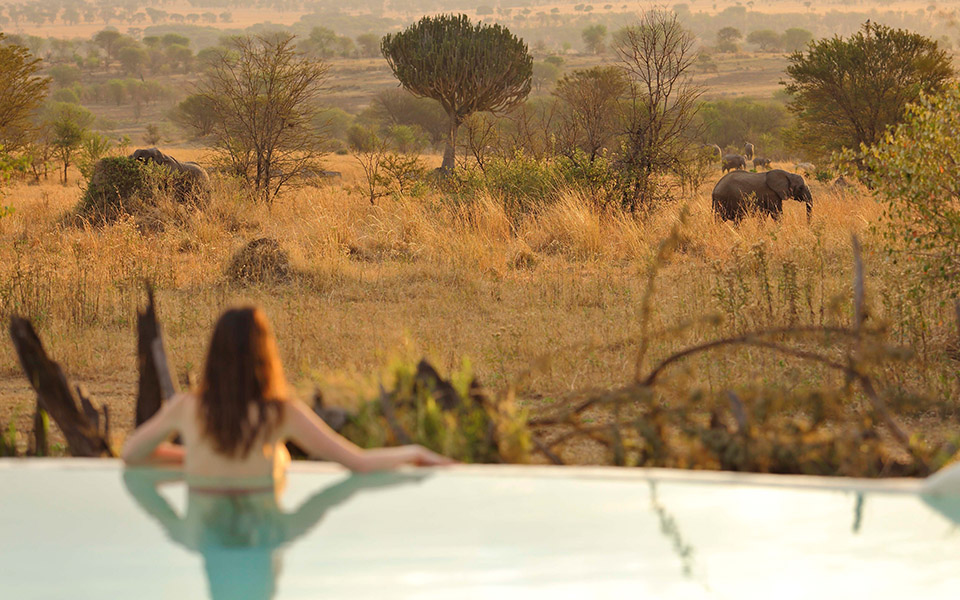 A guest at Sayari enjoys a special moment with a herd of elephant.

Namiri Plains is set along the banks of Ngare Nanyuki River in a remote area of the eastern Serengeti. The plains surrounding the camp are famous for their lion and cheetah populations. Namiri Plains will soon be relaunching with upgraded accommodations as well as an enhanced in-camp guest experience. You can find out more about what the new Namiri Plains has to offer here.