East Africa is home to some of the most intriguing and unique events. If you’ve created a bucket list with exhilarating experiences that you’re planning on completing, here are our top five adventures for you to add to that list and check off when visiting East Africa.

Located in Tanzania, Mount Kilimanjaro’s snowcapped peaks tower over the plains of the surrounding grasslands. This dormant volcano has three distinct peaks – Mawenzi, Kibo and Shira and is Africa’s highest mountain. If you’re in need of a life-changing adventure, then heading up the slopes of Mount Kilimanjaro should be on the top of your list of things to do while in East Africa. 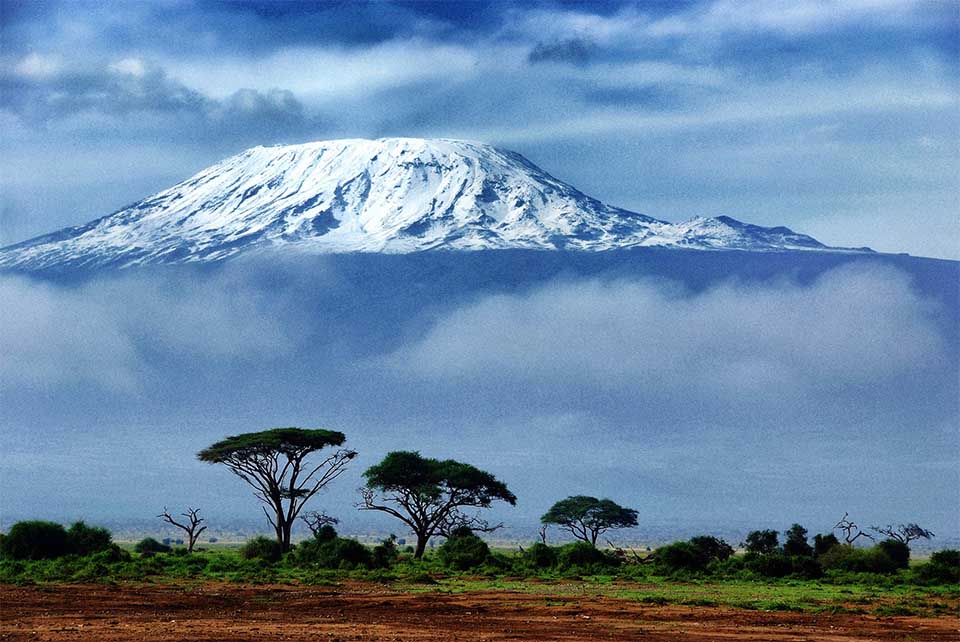 The Kilimanjaro Trek is both a test of endurance and a celebration of the human spirit. The best climbing conditions occur between January to March, and June to October each year.

We would recommend taking the most scenic, off-the-beaten-track-routes – the Lemoso Route and the Rongai Route. The Lemoso Route is the most beautiful by far and is approximately 42 miles (70 km) from gate to gate.

The trekking distance of the Rongai Route is 44 miles (72 km). This route is also the only trek which approaches Kilimanjaro from the north and it is in close proximity of the Kenyan border. Due to its remote location, it offers trekkers a relatively unspoilt wilderness experience.

Reaching Kilimanjaro’s summit is quite an achievement, however it does come with some hazards. With the risk of altitude sickness, as well as the changing weather conditions the higher you go (the summit averages a frosty -7˚C), a climb here should not be entered into lightly.

If you would like to familiarise yourself with altitude sickness, have a look atsafety and altitude acclimatization tips while climbing Kilimanjaro.

Check out the below video from Follow Alice who climbed the Lemosho Route:

Only a few people are fortunate enough to track gorillas or chimpanzees in the wild and spend time with these special creatures while on safari in Africa.

Rubondo Island is home to a group of chimpanzees who were brought to the island during the 1960s as part of a uniqueconservation project. Over a period of four years, a professor from the Frankfurt Zoological Society, Professor Bernhard Grzimek, released onto the island 16 chimpanzees who had been rescued from zoos in Europe. These 16 individuals have since successfully bred and returned to their natural wild state. If you visit Rubondo Island Camp,you can be part of the habituation process these chimps are currently undergoing. This is a very unique opportunity to join the team on the island as they accustom the chimps to humans, allowing you to witness them in their natural habitat at the same time.

Read more about the chimpanzee habituation process on Rubondo Islandhere.

Trekking is available year round, however, the rainy season can make trekking conditions difficult. June to mid-September, and December to February are drier months and are usually best for trekking. The paths are rough, and if you are lucky you may encounter a group after a short stroll, if not – you could spend more time hiking up the steep mountain slopes in search of the gorillas. A high fitness level is not required, but you should be able to manage a good walk. You will be required to keep your distance from each gorilla; their DNA is so similar to ours, they are susceptible to the same illnesses as humans. However, on occasion, these curious creatures might get a little bit close to you to do some investigations of their own.

The Great Migration lures 1000s of visitors to East Africa annually as it is undoubtedly one of nature’s greatest wildlife spectacles.

Encounter wildebeest, zebra and gazelle as they embark on a 621 mile (1000 km) circular journeythrough the Masai Mara and Serengeti in search of seasonal pasture and water. From December through to March, an estimated 500,000 calves are born during a three-week period, which attracts many predators eager to prey on young calves. During this time the wildebeest are usually locatedin the southern Serengeti and northernmost regions of the Ngorongoro Conservation Area.

The herds reach such large numbers that they can even be seen from space. There are few wildlife encounters that can match the feeling of being riverside and waiting patiently for the first, brave wildebeest to take a literal leap of faith into the crocodile-infested waters of East Africa’s great rivers. As soon as the first wildebeest makes his move, hundreds will follow and the frenzy begins. Epic river crossings could last a few minutes or hours depending on how many wildebeest are in the area at the time. One thing that always remains is the feeling of excitement in the air as you watch this battle for survival play out right in front of your eyes.

Fly camping is an especially memorable and unique experience, and is perfect for anyone interested in an adventurous safari experience that takes you further out of your comfort zone than usual. Intrepid travellers who have undertaken a night of fly camping will tell you it would be a shame to pass up the chance.

When fly camping, you’ll be located in the heart of the African wilderness. This experience is often paired with a walking safari; you’ll head out in the morning to explore the plains on foot, arriving at your temporary fly camp where you will spend the night. Your guides will prepare a hearty meal on the campfire while you share stories of the day’s adventures. Not many people can say they have slept out in Africa and started the day on the banks of The Selous river with the morning sun greeting them as they prepare for a day full of exciting escapades.

A walking safari is an exceptional way to fully immerse oneself in the beauty of Africa and its wild places – any adventure-lover should definitely add this experience to their bucket list. Discovering the bush on foot allows you to learn about the fauna and flora which are often missed or forgotten while you journey through the plains in a vehicle.One of the most interesting aspects of a bush walk is learning about how the locals utilise various plant species for traditional medicines, fly-repellents, poisons for arrowheads, and even as toothbrushes.During a walking safari in the African bush, your senses are heightened when you know that at any moment an elephant or giraffe could emerge from behind a tree.

Walking allows you to explore the bush at your own pace, taking in each and every interesting moment as they come. Walking through Africa is a once-in-a-lifetime experience that allows you the chance to get closer to the wildlife and quietly spend time in their presence. If you are planning on visiting East Africa in the future and want to brag about the things you did and saw, make sure you head out on a walking safari – we certainly think it should be on everyone’s bucket list as there is nowhere else in the world quite like East Africa.