The annual International Travel & Tourism Awards will be held on the 5th of November this year at the World Travel Market in London.More than 90 nominations have been shortlisted for the prestigious awards which celebrate the very best of travel and tourism on a global scale. The ITTAs recognise the outstanding successes of destinations, tourist boards, private sector companies and individuals.

Rubondo Island Camp has been shortlisted for the “Best in Adventure” award and if you’ve ever spent timewith us on Rubondo Island you’ll certainly agree that it offers one of the most immersive and unique experiences available in Africa. A one-of-a-kind destination, where elephant roam wild, colourful birds and butterflies flit through the rainforest, wild chimpanzee play above in the branches, and the waters teem with hippo, crocodile, and more.

Rubondo Island Camp is the only lodge on the remote and wild Rubondo Island, situated on Lake Victoria, Tanzania. It offers one of the most immersive and unique experiences available in Africa – come and spend time with the wild chimpanzees of Rubondo, trekking through the forest and being a part of their habituation process. The island is home to a special group of chimpanzee whose ancestors were brought here in the 1960s as part of an ambitious conservation project lead by Professor Bernhard Grzimek of the Frankfurt Zoological Society. Over the past 50 years, the original population has successfully bred, with succeeding generations reverting to their wild state.

The chimp population is currently thriving at over 100 individuals from the original 16, and sightings are becoming increasingly frequent. TANAPA, the Tanzanian National Park Authority, has dedicated additional trackers which means that instead of only having one group of trackers keeping a tab on the location of the chimps, we now have four, which greatly increases the chances for our guests to see the chimps.

Travellers seeking adventure and unique experiences – moving beyond the well-worn tourist track – will revel in the wonders of Rubondo Island. Not only are the experiences out-of-this-world, but guests spending time at the camp will also have a direct positive impact on the communities and environments of the island.

The unique story of the chimpanzees on the island is just one of the once-in-a-lifetime experiences on offer. Rubondo Island Camp offers boat trips, fishing for some of Africa’s largest Nile perch, exceptional birding of over 300 endemic species, forest walks and drives, as well as a memorable night spent fly camping in the heart of this untamed wilderness. 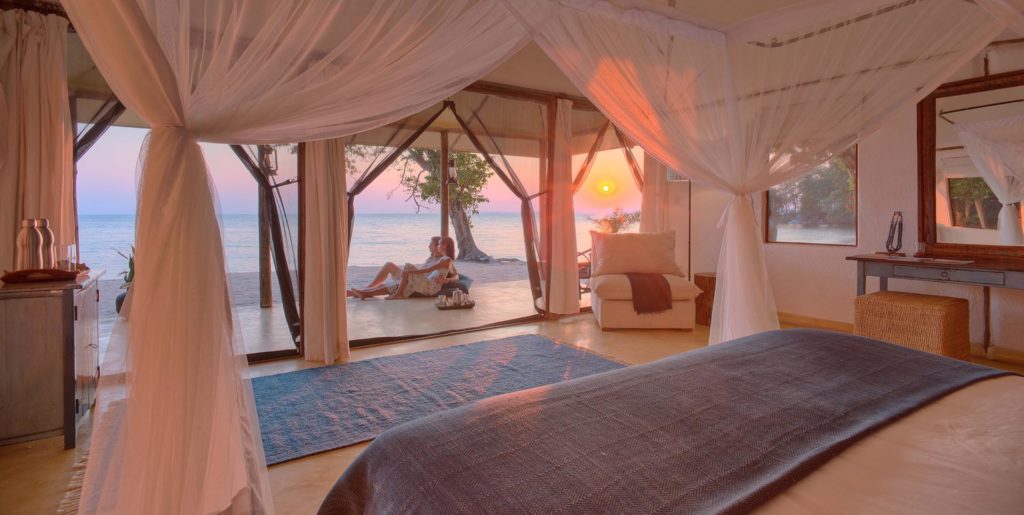 This small and exclusive Rubondo Island Camp consists of just eight waterfront cottages – all built by hand using traditional skills and local materials, the rooms blend seamlessly into the lush indigenous forest that surrounds them. Join us for an adventure you won’t easily forget.

After a difficult year and before the onslaught of Christmas, my father and I...