Looking for the best safari in Tanzania? Go south!

For most people, Tanzania is synonymous with the Great Migration, the Serengeti, and perhaps the Ngorongoro Crater. But are these the best safari experiences Tanzania has to offer?

An alternative to the busy north

As a destination, southern Tanzania sits within the considerable shadow thrown by the famous regions in the north of the country. Countless wildlife documentaries have been made about the Great Migration and the thrilling action of the herds navigating rivers filled with hungry crocodiles. The beauty of the Ngorongoro Crater, and the unique game drive experience it offers, is legendary, and tales of the Silale Swamps at the height of dry season can be heard from many a safari-goer who has been to Tanzania.

But what about the number of people these locations attract? River crossings can have over 100 safari vehicles lining the banks, jostling for the best vantage point. Ultimately, you have to decide what you want from your safari experience. If The Great Migration is the experience you want, then you need to be prepared to put up with the people. But, if it’s exclusivity you are after, then the south of Tanzania is where you’ll find the best safari experience. 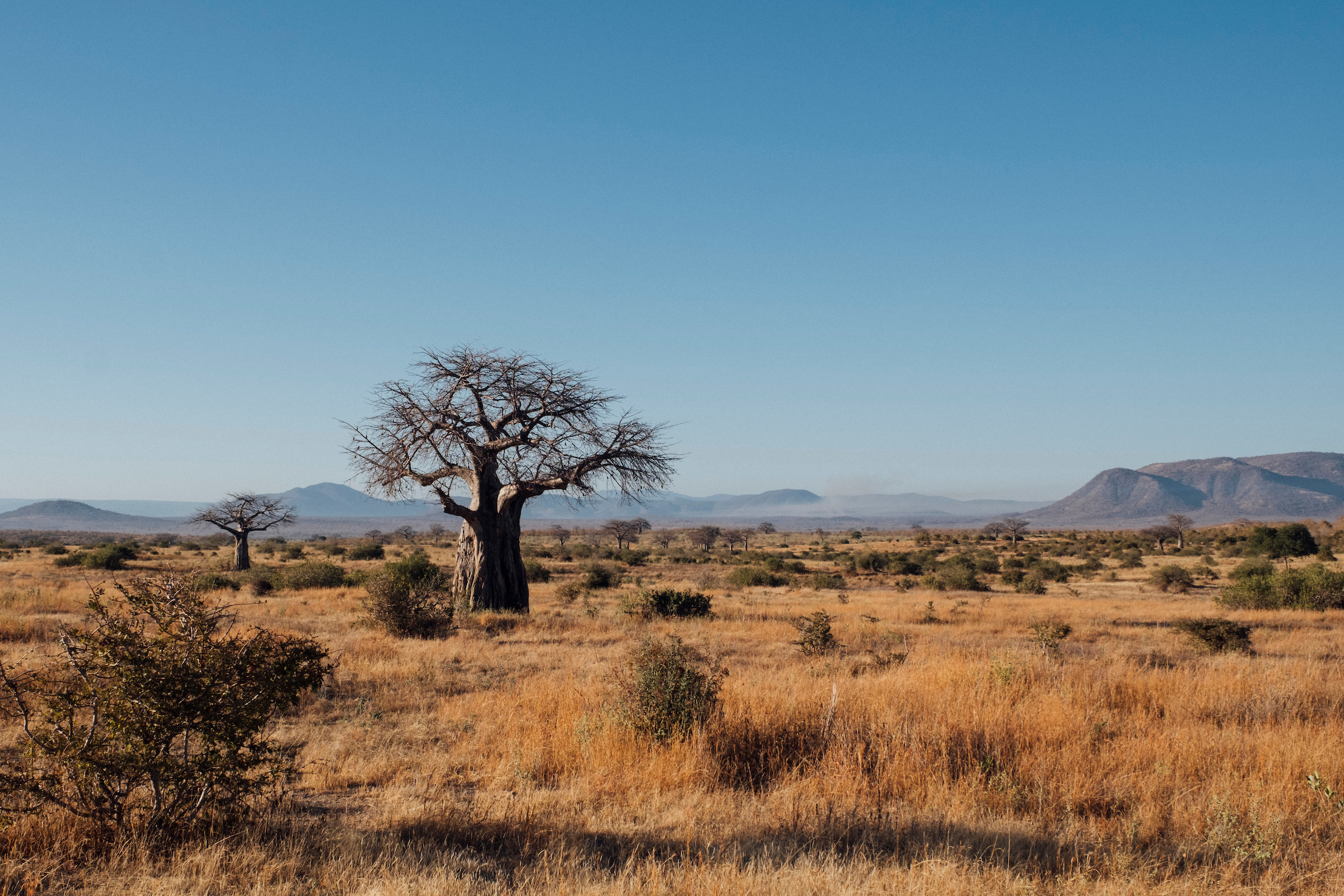 The combined area of Ruaha and Nyerere national parks is almost double the combined area of the whole of the Ngorongoro Conservation Area (not just the crater), and Serengeti and Tarangire national parks. In addition, Ruaha and Nyerere only have a sixth of the number of safari lodges found in the three parks to the north. This equates to an area of 1,180km2 per property in the south, compared to an area of 91km2 per property in the north. Of course, a property could have only 15 beds like Kwihala Camp, or it could have 100 beds like some Serengeti hotels, so this comparison does not offer accuracy down to the level of available space per person, but it’s clear that the south offers an experience with fewer tourists in a larger amount of space. 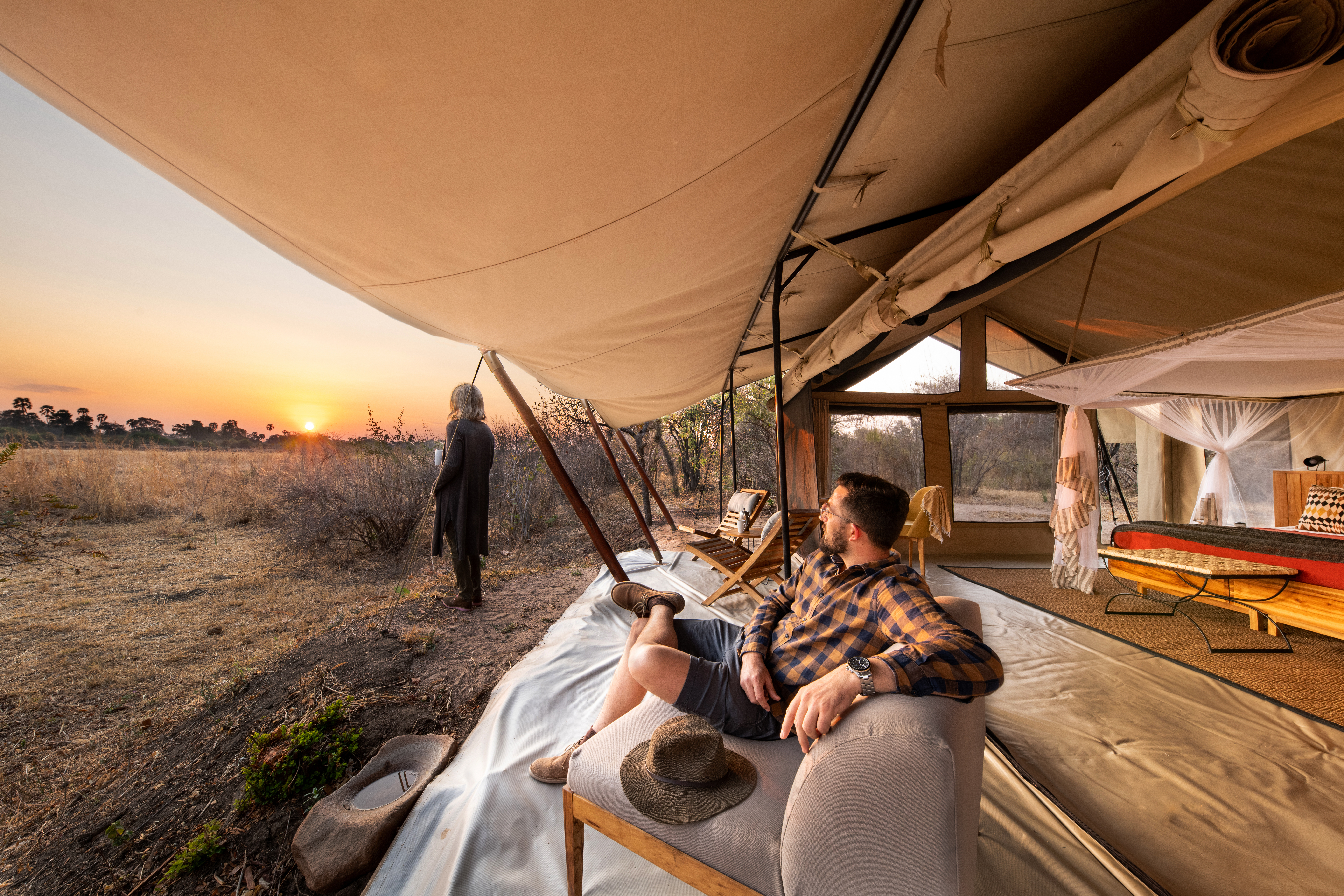 With only 6 tents, Kwihala Camp has a maximum occupancy of 15 guests.

Mega-prides of lion that take down giraffe and buffalo, the largest population of elephant in Tanzania, vast herds of buffalo, packs of African wild dog, and herds of rare sable and roan antelope are just some of the wildlife highlights here. The lakes of Nyerere are dotted with hippo and crocodile, and the number of resident and migratory bird species across this entire area total well over 500.

On average, the density of wildlife may not be as closely packed as in parts of northern Tanzania, but your sightings are that much more rewarding as you’re usually the only car in the area. There are diverse and exciting options available for the exploration of these vast and wild reserves, ranging from boating safaris to walking safaris to night game drives. 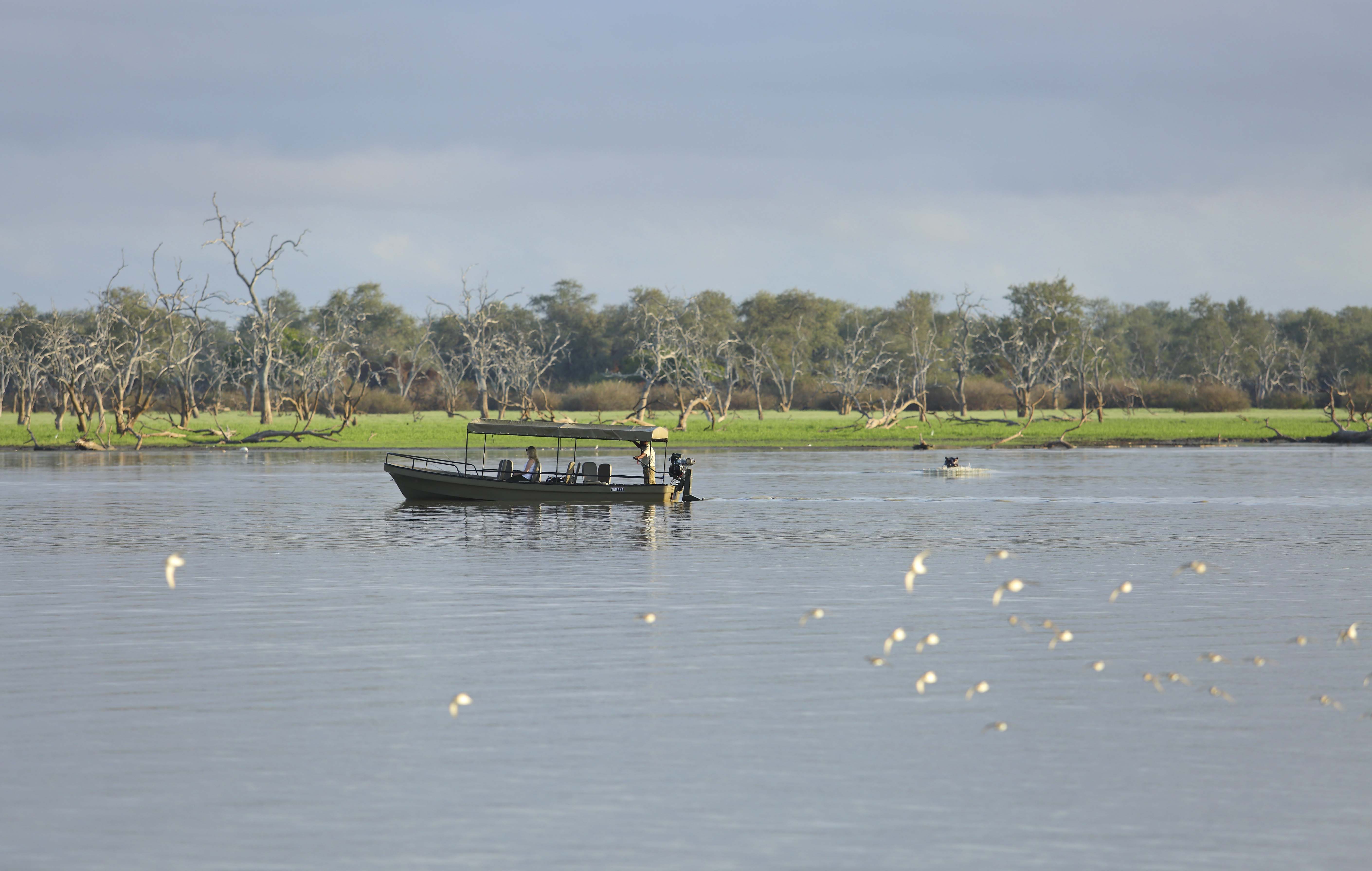 A boating safari in Nyerere allows for exploration of the waterways with views of hippo, crocodile and a multitude of bird species.

If your checklist of safari requirements includes a variety of activities and excellent game viewing, without constantly encountering other safari vehicles, then look to the south for the best safari in Tanzania.

Contact us today to discuss your requirements for the perfect safari.