Olduvai Gorge is one of the most important fossil sites in the world. Because of this, it forms part of a World Heritage Site and continues to reveal an immense amount of information regarding our past, insights into our hominin ancestors, and a way to understand how many of these species used to live.

Olduvai Gorge – The Cradle of Mankind

The Olduvai Gorge is a famous site located within the Great Rift Valley in East Africa. It is located between the Ngorongoro Crater and the Serengeti. The name Olduvai Gorge is actually a misspelling of Oldupai, which is a Maasai word for a wild plant that grows in the area. 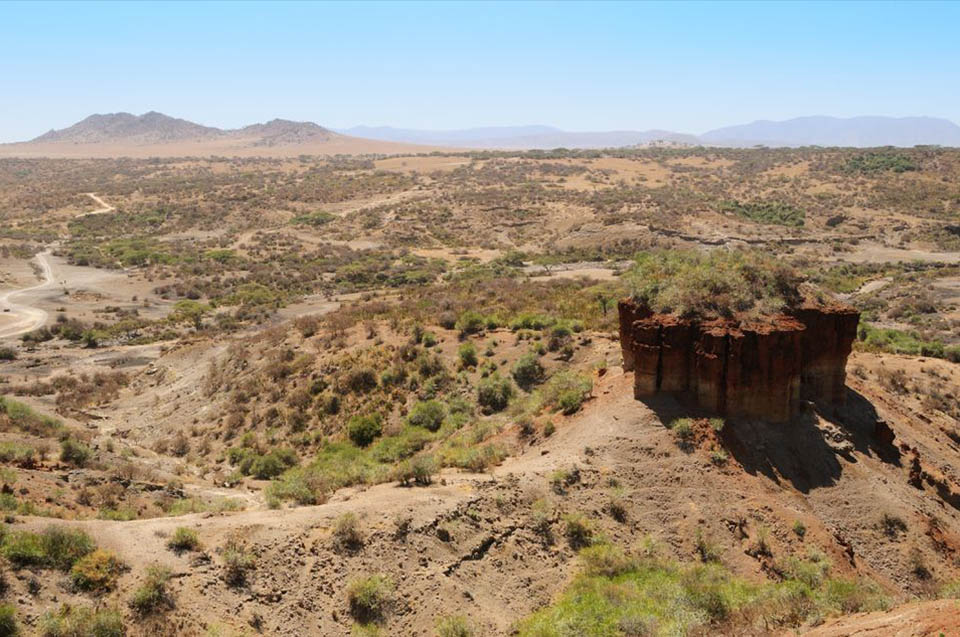 Olduvai Gorge is made up of two ravine branches which combined span the length of about 30 miles (48 kilometres) and are around 295 feet (90 metres) deep as well. The rocks that make up the ravine can be dated back to 2.1 million years ago and more than 60 hominid fossil remains have been located within the gorge. The Olduvai Gorge has provided us with the most continuous record showing the evolution of humans during the past 2 million years. It has also provided the longest known archaeological record in history explaining the development of stone-tool use through the years.

What makes this site so special is the fact that in 1959, Mary Leakey, a British paleoanthropologist, discovered fossilised parts of a skull and upper teeth of a type of hominin (direct ancestors of humans) that had not been previously identified. Mary and her husband, Louis Leakey, spent the next several weeks uncovering over 400 different pieces of an almost complete skull and were able to classify their find as an entirely new category of hominin, the Zinjanthropus boisei. Something even more interesting about their discovery was that this hominin’s existence could be dated back to 1.75 million years ago – making it the oldest hominin discovery to have ever been made, further substantiating claims that the first humans originally evolved in Africa.

Understanding that this piece of East Africa held immense knowledge and insight into the evolution of the human race, many other archaeological teams were inspired and continued their search for evidence within the area. In 1986, their work paid off, and a team of Tanzanian and American archaeologists discovered what has been described as the biggest and most significant finding to ever have been made at 302 bone fragments and teeth belonging to a young adult female were uncovered and allowed for this species full body proportions to be determined. This revealed that the Homo habilis was, in fact, more ape-like than previously thought.

While Olduvai Gorge is well-known for being the “Cradle of Mankind”, there is a different World Heritage Site located in Southern Africa is known as the “Cradle of Humankind”.

The “Cradle of Humankind” is located in South Africa and is the world’s richest hominin site – around 40% of the world’s human ancestor fossils have been uncovered in this region. In 1924, a fossil discovery of a juvenile primate’s skull was found on the edge of the Kalahari Desert, it was named “Taung’s child” and was thought to be an isolated find which not many scientists took seriously. Anatomist, Raymond Dart, thought differently and further examined the skull – he determined that due to the position of an opening at the base of this skull it could be concluded that “Tanug’s child” had walked upright like a human and described his discovery as theAustralopithecus africanus(“southern ape of Africa”). In 1963, Scottish doctor and palaeontologist, Robert Broom, discovered a completely formed pelvis – belonging to theAustralopithecus africanus,further substantiating claims thatthese ancestors were“nearly men, and were certainly closely allied to mankind.” 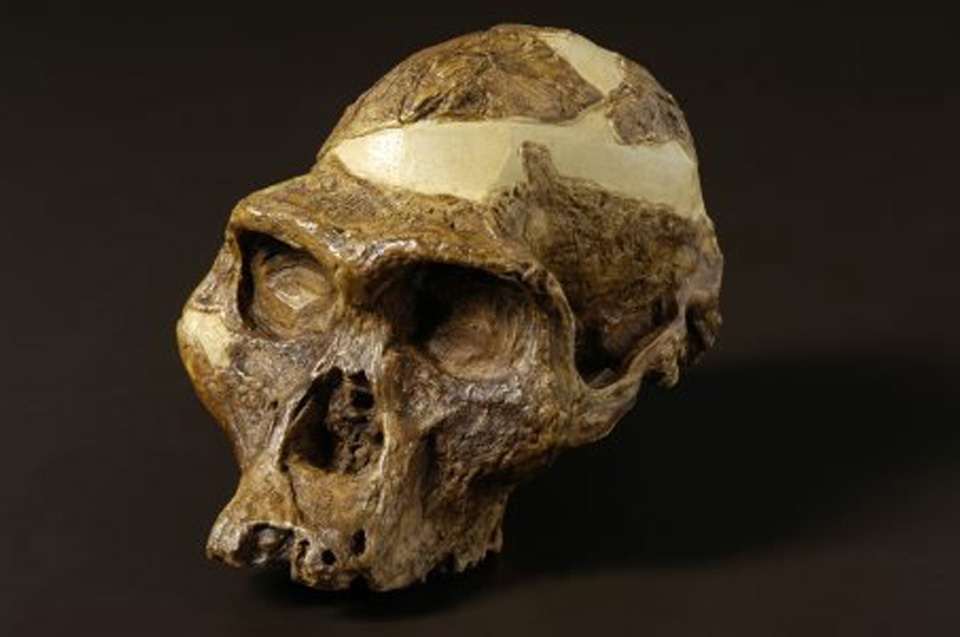 The skull of the Australopithecus africanus. Photo credits: the Australian Museum

This finding displays the closest known Ape species ancestor that is linked to our Homo species, often referred to as “the missing link” this discovery brought the link between ape and human evolutionary timelines closer than ever before.

“Today we have maybe eight pieces near the east edge and four pieces from the south. We can grasp a bit of the pattern, but we’re nowhere near seeing the whole picture. And neither the east nor the south are more important than each other. We need both.” – Patricia Kramer, palaeontologist.

Namiri Plains is located in the Eastern Serengeti and is about 3 hours away from the Olduvai Gorge.While staying at Namiri Plains, you have the chance to visit a unique sight – the fossilised skull of a giraffe species who lived millions of years ago and once roamed the area. Please speak to your guide or the camp manager to arrange a visit to view this skull.

The area surrounding Namiri Plains was closed off for 20 years in order to allow cheetah populations to recover. Today, the plains are big-cat territory – they are roamed by cheetah, lion, and even leopard who all thrive in this area. The Ngare Nanyuki underground river runs through this area and has created permanent water sources which means Namiri Plains is home to high concentrations of resident plains game, too.

Your closest neighbours are an hour away and the solitude you feel when staying at Namiri Plains is unmatched – you’ll be forgiven for thinking you have the plains all to yourself!

If you’d like to join us at Namiri Plains, get in touch with your usual travel agent or make an enquiry below.