The Lion King: We Were There – Filming In The Masai Mara

While the Disney team were in Kenya to film shots for the latest The Lion King, we were there every step of the way. It is with immense pride that we can say we were guides to Disney and their team, showing them the most beautiful locations and scenery that Kenya has to offer during the location filming for The Lion King.

We helped guide their team to shoota diverse range of iconic locations including the Aberdares, Lake Magadi, northern Kenya, Mt Kenya and of course the Masai Mara. In this blog post, we’ll take you behind-the-scenes while the team filmed in the Masai Mara.

It has been called the most famous wildlife reserve in the world, and with its breathtakingly beautiful landscapes and unrivalled game viewing all year round, we cannot argue with that! Kenya‘s Masai Marais well-known for its large sweeping grasslands – it is often referred to as big sky country because of the absolutely mesmerising views it has to offer.

A lion pride relaxing in the evening in Kenya’s Masai Mara National Reserve.

The Mara has some of the highest densities of lion in Africa but is also great for cheetah, leopard, and even serval sightings. Not only is this region heaven for cats, the world-famous Great Wildebeest Migration makes its way through the area as well during July to November.

Which Scenes Used Footage From The Masai Mara?

The Masai Mara, in general, is famous for being known as “The Land of Big Cats’’ so it made perfect sense for Disney’s film crew to shoot scenes in the area. It boasts some of the most stunning sunsets and sunrises over the vast open grass plains, unlike any sunrise or sunset you will see. The opening sunrise scene in The Lion King was filmed from in area called ‘’Rhino Ridge’’ which is close to our camp,Rekero.

When the crew nailed the perfect sunrise shot in Rhino Ridge, they played The Lion King’s theme song, “Circle fo Life” out loud in the game drive vehicle! This was the only live-action shot that was used in the film. 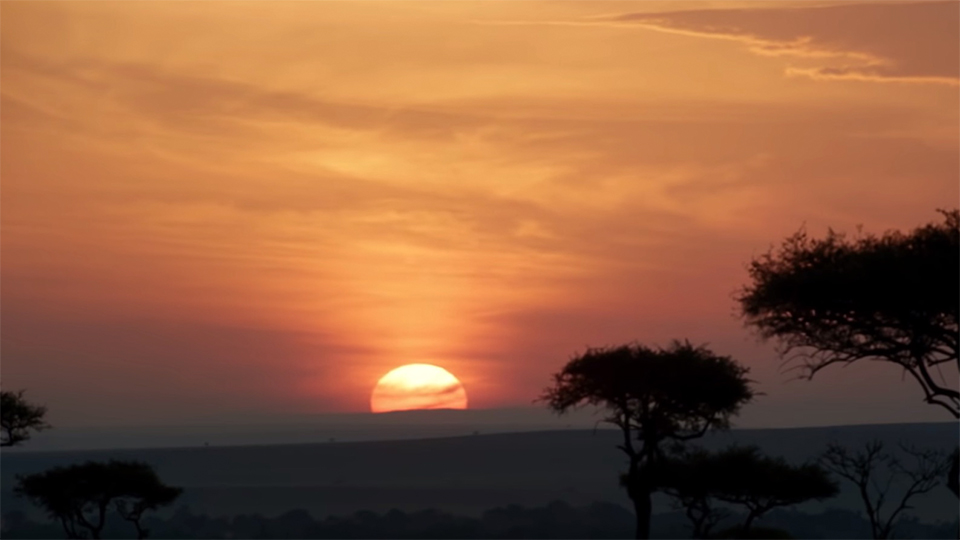 We’ve also rounded up 7 facts that you may not have known about the latest remake – you can read more about these interesting details here.

If you’re planning on joining us on safari in the Masai Mara, we have a number of camps for you to choose from. Rekero is particularly close to Rhino Ridge, the location for the epic sunrise shots used in the film. Topi House, Naboisho, as well as Ecounter Mara, are all very close to where scenes were shot for the film as well.