As travelers and curious creatures, we all have bucket lists. And as with most lists, as soon as you tick of one activity another gets added on. So, get to know Africa’s Little Five a bit better and add them onto your bucket list of animals to see!

These animals get their traditionally common name from the incorrect assumption that they are closely related to the true shrew. They are, in fact, distantly related to aardvarks, manatees, hyraxes, and even elephants, despite their lack of size, obviously. Their common name “sengi”, is used in place of elephant-shrew by many biologists to try and separate their actual Macroscelidea classification (scientific classification) apart from the true shrews.

There are a total of 20 species of elephant shrew. Like the Wildebeest, which is a member of the Africa’s less glamorous animals – The Ugly 5, they also appear to be put together from spare parts of other animals. Elephant shrews are not very social but some live in monogamous pairs.

The Elephant Shrew is the fastest mammal on earth smaller than half a kilogram and has been recorded to reach speeds of up to 28.8 kilometres per hour! Some species can leap up to approximately 1m in the air. They truly are incredible creatures. 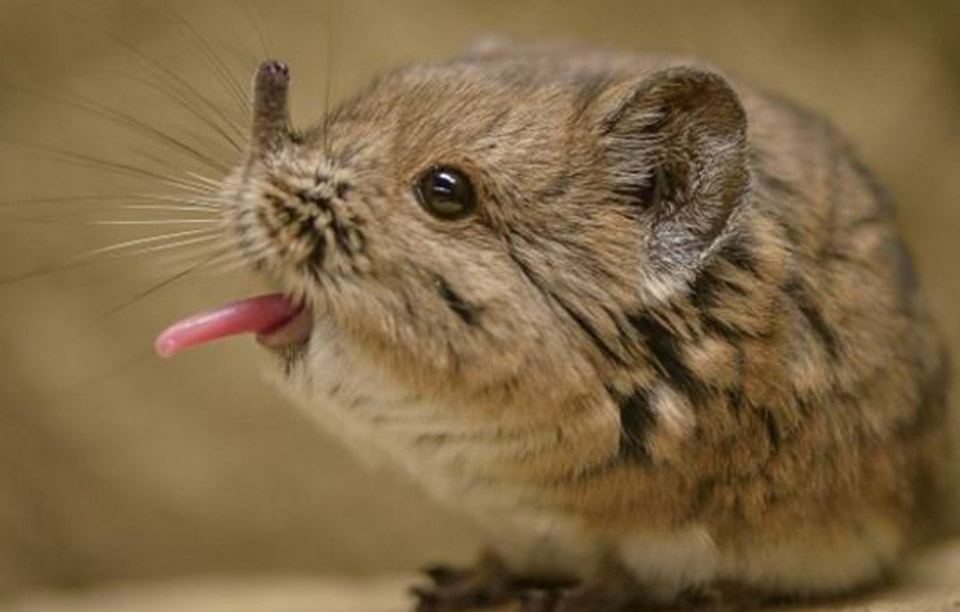 The Leopard tortoise is the fourth biggest species of tortoise. And that begs the question; “how big does the leopard tortoise get?” Aaverage-sizeded adult can reach 46cm in height and weigh approximately 18kg. In humans, a baby’s sex is determined by the male, but in the case of tortoise hatchlings, external temperatures are the determining factor. Eggs incubated between 26-31°C will be male, and 31-34°C will be female. 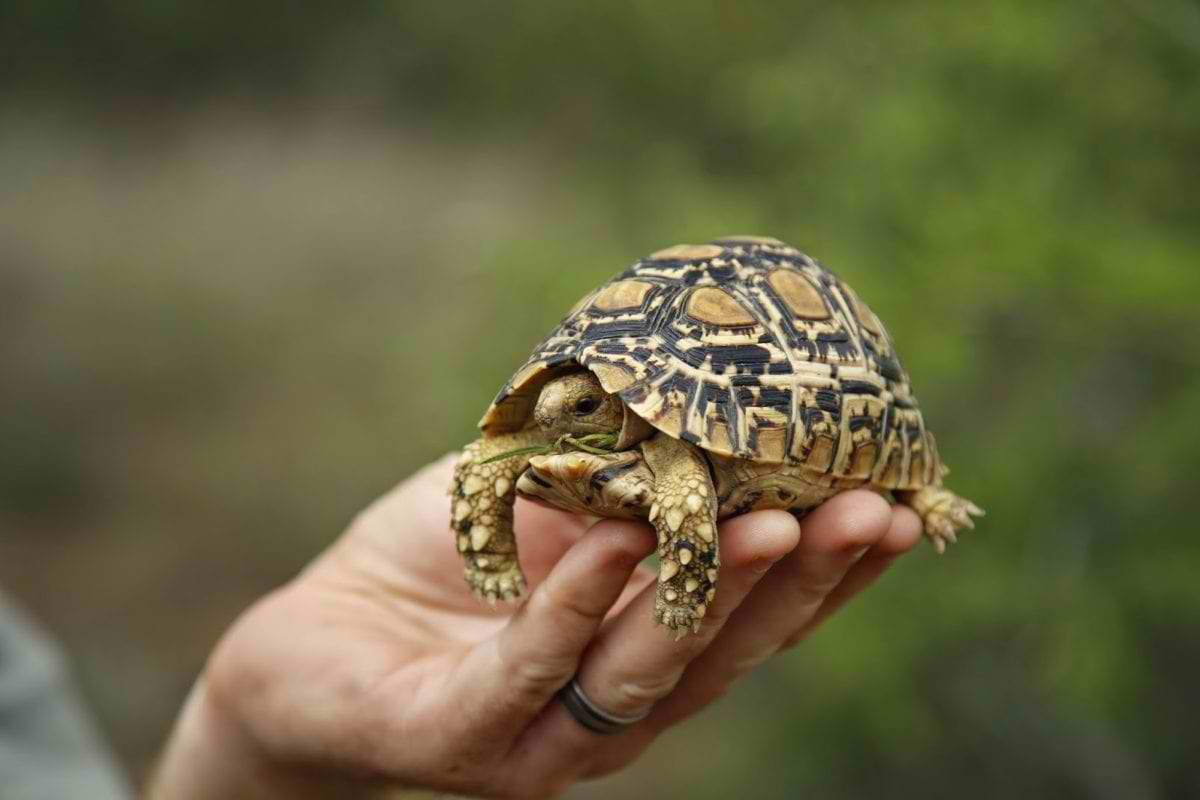 The Red-billed Buffalo-Weaver is a small bird which reaches a height of 23cm and can weigh about 80 grams. The males can take on more than a single mate and they breed in colonies. One of the most interesting facts about this bird is the that they have a phalloid organ. For those of you who may not know what this means, it is basically a false penis which both sexes have, the males are however longer! 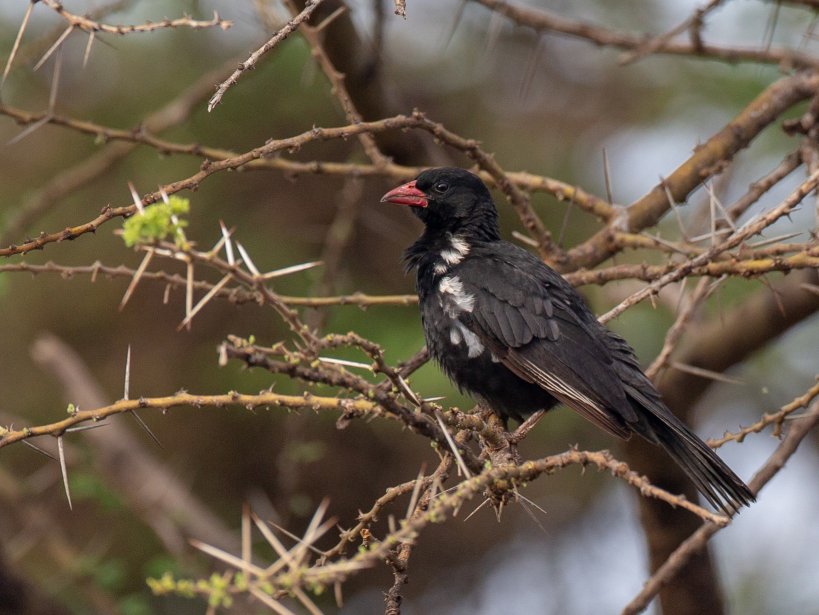 Grrrr! It’s the Antlion. Known for their fiercely predatory habits of their larvae, there are about 2000 species of these insects. This animal can remain in its larval stage for up to three years! The Antlion is known for its funnel-shaped dwelling place which they create through using their round bodies as a plough and their heads to flick the grains pf sand upward and out of the way. They have hallowed jaws which allow them to suck the juices from ants, or whatever else happens to falls into their pit!

Fully developed larvae are about 1.5cm long. That is as long as a human fingernail, which makes this little bugger almost impossible to see with the naked eye. 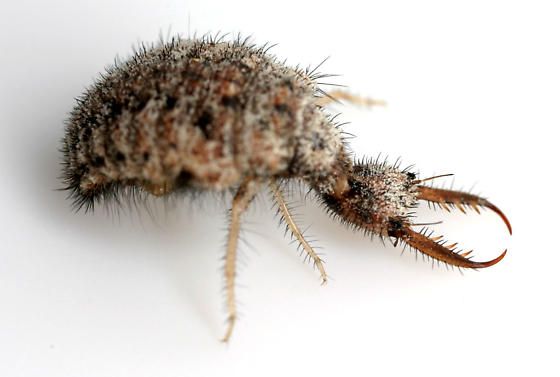 Rhino Beetle – The Strongest Of Them All

The Rhinoceros Beetle is aptly named because of its curving horns. Other common names include Hercules-, unicorns- or horn beetles. The Rhinoceros beetle is one of the largest beetles in the world and can reach about 6cm in length. They are also some of the strongest animals on the planet, proportionally. It is believed they can pick up something 850 times their own weight – incredible!

These insects are herbivorous and have a short and sweet lifespan of three to six months. They are super fun to watch so if you do come across one on your travels be sure to spend some time with them. 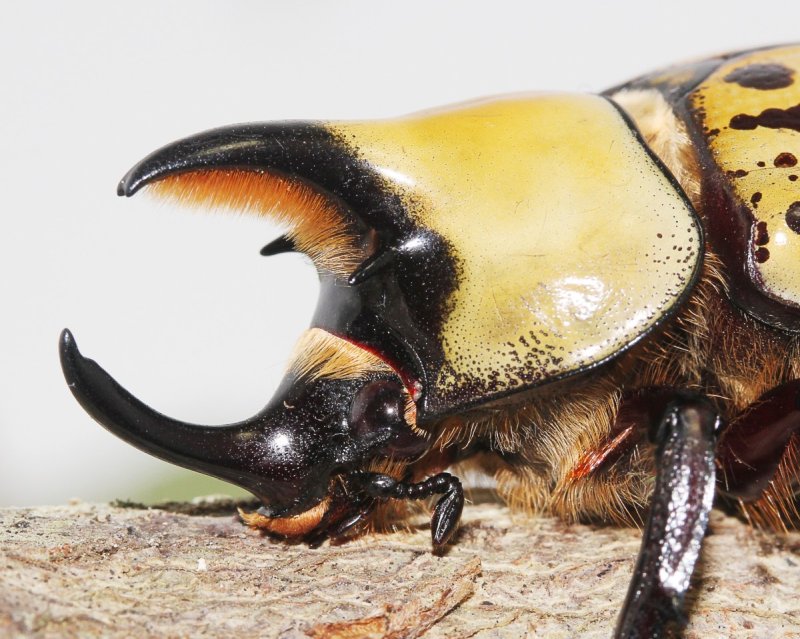 These creatures are rather tiny, but they make an excellent addition to Africa’s must-see list. Join us on safari and meet these little guys in person.

Find out now about going on a safari holiday.