East Africa has the safari itinerary for you!

While there are many destinations on this planet claiming to offer the authentic safari experience, there are few that can compete with the wealth of experiences available in East Africa. 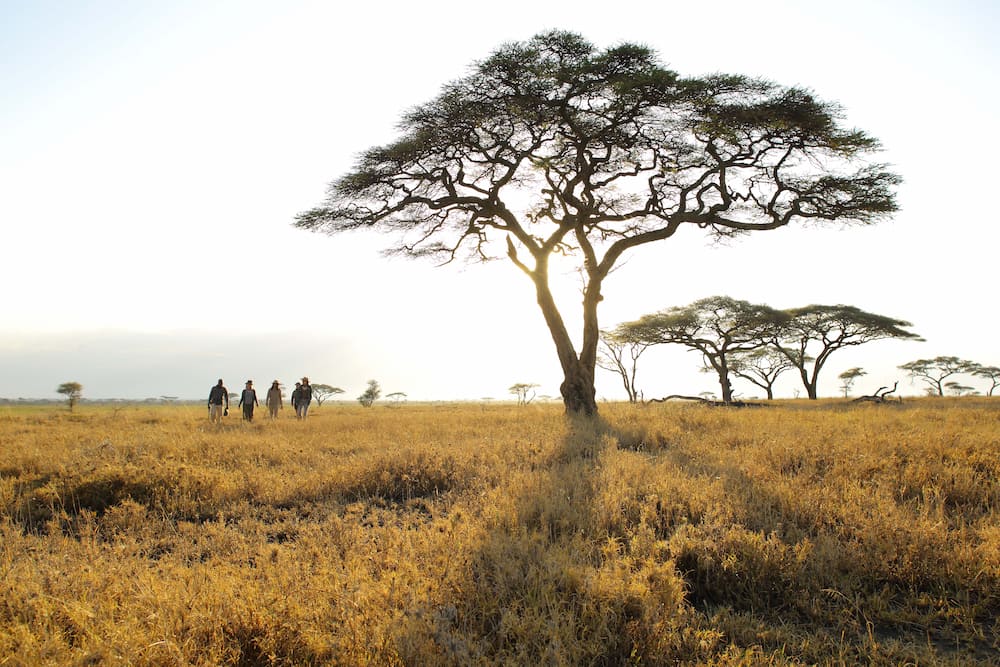 A walking safari offers a heightened level of excitement and adventure.

Where is East Africa?

When it comes to defining the exact countries that make up the region known as “East Africa”, one typically encounters some confusion and possibly a heated debate. Some may argue that Madagascar and Mozambique should be considered within East Africa, while others will say they fall into Southern Africa. Some people consider East Africa to only comprise of Kenya, Tanzania and Uganda, while others include Djibouti, Eritrea, Ethiopia and Somalia within its domain. Whichever stance you take in defining the boundaries, Kenya and Tanzania are always included in the count.

Between them, Kenya and Tanzania hold some of the richest and most diverse game viewing environments on the African continent. From lush tropical jungles teeming with monkeys and parrots to the hot dry shores of the world’s largest desert lake – the level of adventure you are looking for from your safari experience can almost certainly be achieved between these two countries. 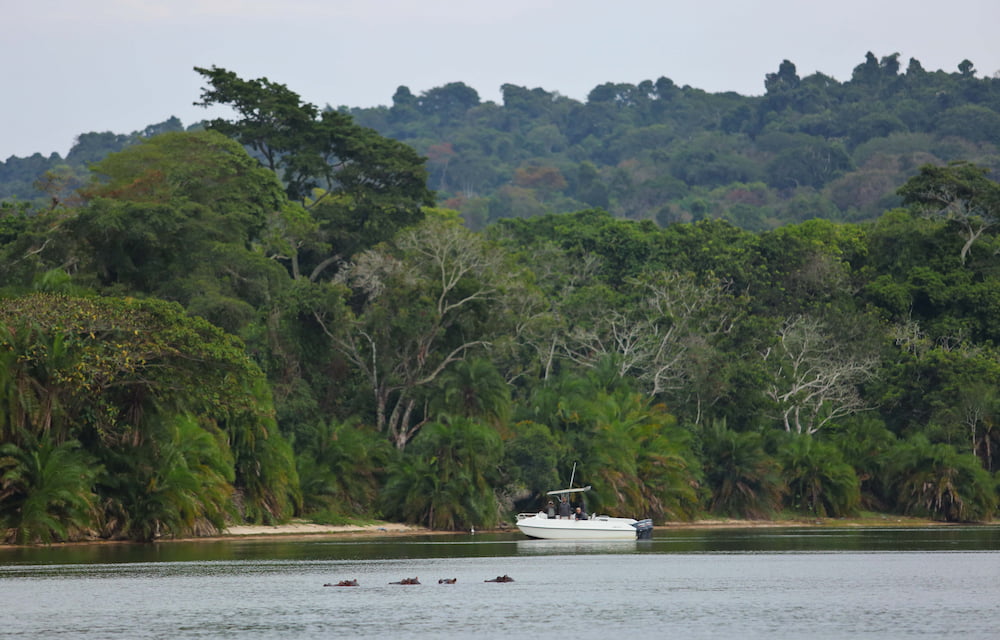 The dense jungle of Rubondo Island extends all the way to the shoreline.

From plains to jungle

The Serengeti-Mara ecosystem spans both countries and hosts, arguably, the most popular attraction of the region – The Great Migration. The perils of wildebeest navigating the steep banks and crocodile infested waters of the Mara River have been heavily documented over the years. Outside of migration season, the Masai Mara and Serengeti both offer superb wildlife experiences. While The Great Migration is a phenomenal experience to witness first hand, it also just one of the many attractions the region holds. West of the Serengeti National Park lie the vast open waters of Lake Victoria, Africa’s largest lake, with opportunities for fishing and boating safaris alongside a wide variety of birdlife. The jungle paradise of Rubondo Island holds forest adapted elephant, African Grey parrot and wild chimpanzee, offering an entirely different safari experience.

With almost one third of Tanzania’s land under protection for wildlife conservation, there are a multitude of national parks and game reserves offering unique and diverse safari experiences. While the safari offering within the country is commonly referred to as the “Northern Circuit” and the “Southern Circuit”, it is also possible to combine your favourite elements of each into a single safari experience. The Northern Circuit usually operates from Arusha, using Kilimanjaro International Airport as the port of entry and departure, and typically includes Tarangire National Park, Lake Manyara National Park, Ngorongoro Conservation Area, Serengeti National Park, and Rubondo Island National Park. This circuit also includes Olduvai Gorge – one of the most important paleoanthropological sites in the world for the understanding it provides of early human development. While this region includes some of the most famous locations within Tanzania, it also tends to be the busiest in terms of tourist numbers, which means seeing a lot of vehicles on game drives and seldom having exclusivity at sightings. However, the density of wildlife is excellent, and a level of exclusivity can be achieved with careful planning. 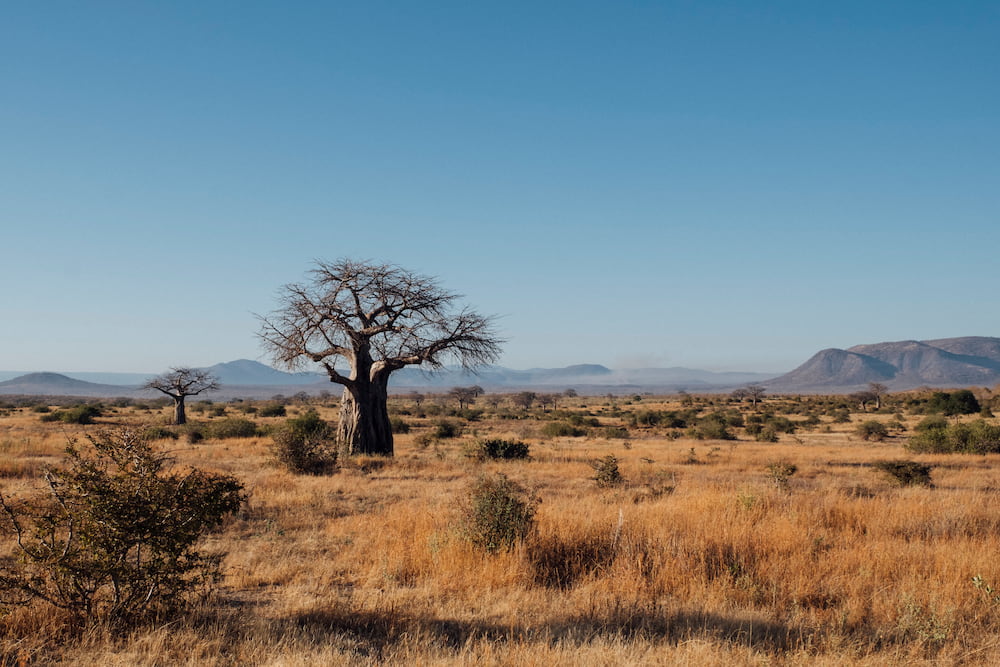 The baobab tree is found in abundance in the vast wilderness of Ruaha National Park.

The Southern Circuit operates from Dar es Salaam, relying on Julius Nyerere International Airport as the primary port of entry. Although the circuit includes Mikumi and Udzungwa Mountains national parks, it is Nyerere and Ruaha national parks that are the primary attractions. With far lower tourist numbers through this region, there is a strong sense of exploration and being off the beaten track. The vast landscape holds a variety of wildlife, including large lion prides, packs of wild dog and herds of rare sable and roan antelope. Fewer visitor numbers means a more exclusive safari experience where yours may be the only vehicle at a sighting.

The city of Nairobi is the central hub of Kenya, with Jomo Kenyatta International Airport welcoming the majority of arrivals to the country. Wilson Airport services most of the flights for the safari sector, with regular scheduled flights across a number of airlines into the various parks and reserves around the country. 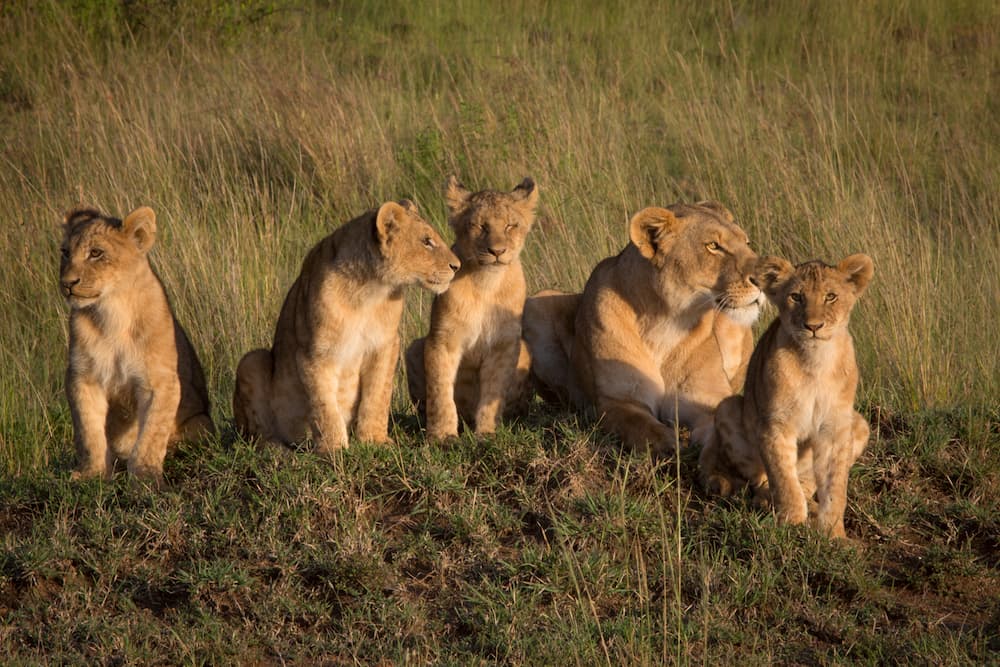 A lioness and her cubs enjoy the morning sun in Kenya’s Masai Mara National Reserve.

Kenya’s famous Masai Mara, has been the location for many wildlife documentaries due to its high density of wildlife and exceptional year-round game viewing. The conservancies bordering the Masai Mara National Reserve offer a wildlife-rich year-round safari experience alongside a variety of activities not available within the main reserve. Within the Naboisho Conservancy, walking safaris, night game drives, fly-camping and cultural experiences are available from most properties, making for a diverse and adventurous safari.

Heading north, the Laikipia Plateau hosts a number of conservancies and private ranches offering a variety of experiences from camel riding to quad biking. Private houses and family run lodges provide some incredible safari opportunities for families and groups of friends looking for an exclusive experience. The Ol Pejeta Conservancy hosts an impressive number of both black and southern white rhino, as well as the last 2 remaining northern white rhino on the planet. Excellent game viewing, coupled with a wide variety of activities, makes Ol Pejeta Conservancy one of the best experiences to combine with a Masai Mara itinerary. 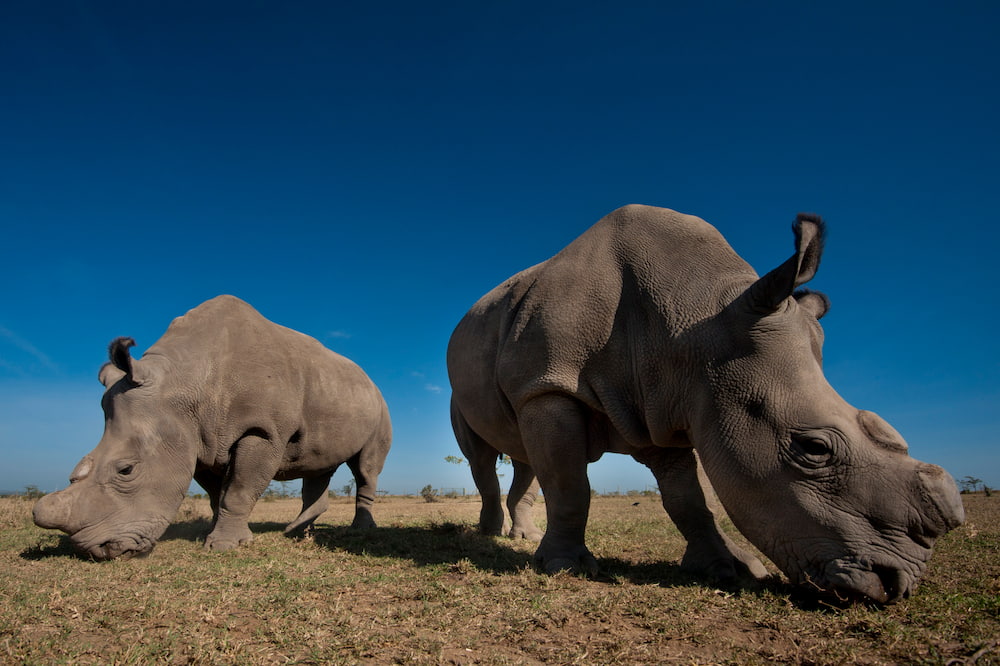 Najin and Fatu, the last two northern white rhino on the planet.

Kenya holds a wealth of additional safari destinations to the north, each offering a more diverse experience than the last as the landscape dries out and gives way to vast tracts of desert and the striking Lake Turkana. In the south, Amboseli National Park sits beneath the shadow of Mount Kilimanjaro, while the vast Tsavo East and West national parks host some of the oldest and grandest “big tuskers” left on the planet.

For those looking to get the best of both worlds with a bush-and-beach style itinerary, the coastline of Kenya offers a variety of options from marine reserves with excellent snorkelling and diving opportunities, to the sleepy town of Lamu, and the bustling kite-surfing haven of Diani Beach. Further south, off the coastline of Tanzania, the spice island of Zanzibar provides multiple accommodation and entertainment options to suit every taste and budget, alongside a rich and complex cultural history. 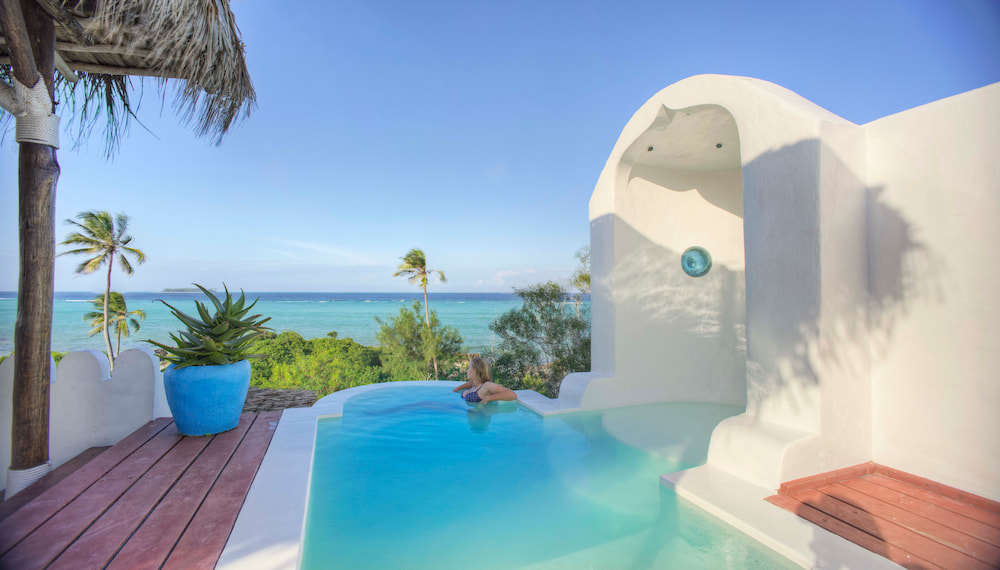 The private, butler-serviced villas of Matemwe Retreat offer the ultimate in exclusivity.

Whether you are looking to plan your first safari experience or are a seasoned safari enthusiast, East Africa has the itinerary for you.