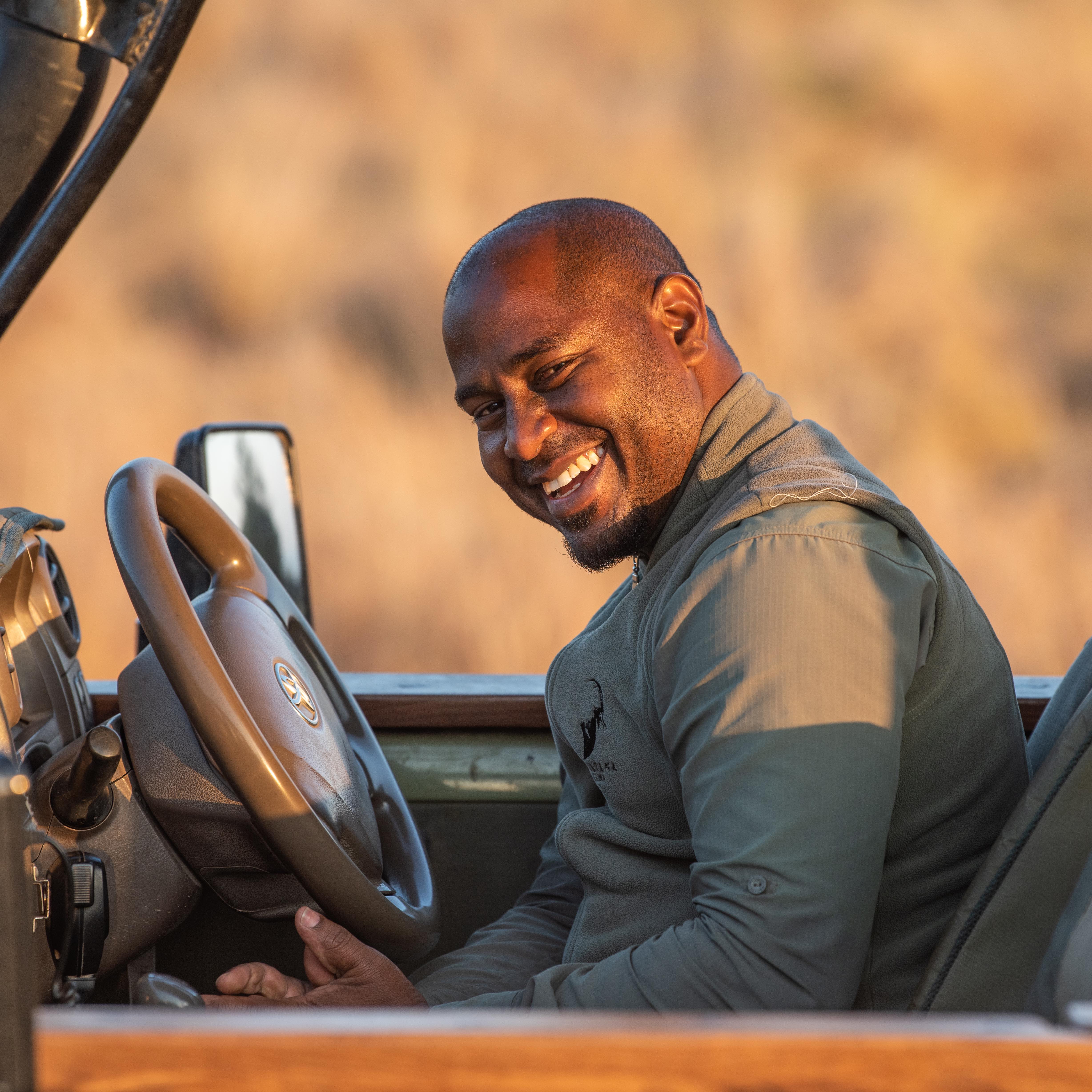 With a personality that’s larger than life, we want to introduce you to Hamza, Asilia’s wonderful head guide. He has been part of the Asilia family for nine years and knows the majority of Tanzania’s wildlife parks like the back of his hand. With so much experience in the bush, Hamza has been privileged to witness some incredible and unusual wildlife wonders. As a result, Hamza can be found regaling guests with these amazing stories or out searching for his favourite animal, the caracal. Keep scrolling to read more about Hamza.

The caracal is definitely my favourite animal for so many different reasons. Firstly, I like the way they live. They’re solitary, shy and so difficult to find that it becomes a real challenge, so when you do spot one, it’s like seeing a diamond. They’re also very athletic and good at hunting. They can jump up to 4 metres in the air to grab prey like birds and it’s incredible to watch. I remember one time I had been searching specifically for a caracal and was lucky to spot one on the road. It was a big male who was hunting so we followed him for an hour or so and watched him kill 11 lizards.

That’s a tricky question because I have so many, but I think I can narrow it down to two. My first is an encounter with a pangolin. I have been very lucky in my guiding career and have seen four pangolins but in this particular instance, I was with a French couple who didn’t know what a pangolin was. We were driving back to camp in the afternoon and a rock-like shape caught my eye. At first, I thought it was only a rock but then I remembered that rocks don’t move! I stopped the car so quickly that it stalled and then, I was so excited that I started gesticulating wildly. I’m almost sure the couple thought I had gone crazy because they didn’t know what a pangolin was. They had no idea just how lucky they were to see one!

My second favourite encounter was with a mating pair of lions. I had two guests in the car and one of them was in the back-row filming. We stayed with those lions for over an hour, they were very relaxed and didn't mind our presence at all. After a while the female got up, stretched, and walked toward the car. She sniffed the doors and rubbed up against the steps before moving off and lying down in front of the car. The male then followed her movements but walked directly toward the back of the car. He sniffed where the female had been, turned around and sprayed all over the guest at the back – he was filming the entire time!

What is your favourite Asilia camp?

This is now my ninth year working for Asilia, so I have been lucky enough to spend a lot of time in many of their different camps. I’ve worked at Dunia, Namiri, Selous, Ruaha, Sayari, Tarangire and Rubondo. My favourite two are Ruaha — because there are few camps in the area and because of the lack of other cars, it almost feels like a private safari park – and Rubondo because it is just so different to any of the other camps. The camp is on an island, so you almost have a slice of Zanzibar, as well as the savannah and tropical forest. I actually grew up in Zanzibar, so Rubondo was a very special place for me to work, the best of both worlds.

Becoming a guide has been my biggest achievement. When I was younger, my late cousin was doing his guide training and it inspired me. He would always tell me stories of the wildlife in the bush and then take me there in the summer holidays to explore. Once I’d finished school, I joined the wildlife college and studied for three years, but the learning is on-going. I still study and train to this day because new information is revealed about the animals all the time. Guiding is my one big passion in life, and I will be forever grateful for all the opportunities it has given me.

Well, there’s quite a lot that the other staff don’t know about me. I love moving around from camp to camp and getting to know different areas, environments and parks. Having to remember new roads in a national park and learn where the territories of lion prides are really excites me. I also like meeting new people, chatting to guests and learning about their lives.